Ten of the Best: Games you can play in under 20 minutes Though you may wish it otherwise, sometimes you don’t always have an hour or two (or three, or four) to sit down and play through a beloved 4X epic.

As they say, quantity isn’t quality; there are plenty of really fantastic tabletop experiences that take under 20 minutes to play and have the added bonus of having little-to-no setup or pack-away time.

Whether you’re looking to plug the gap between demos at a convention or squeeze in a match while waiting for some form of transport to arrive, we’ve rounded up ten of the standout titles that can be completed in a matter of minutes. 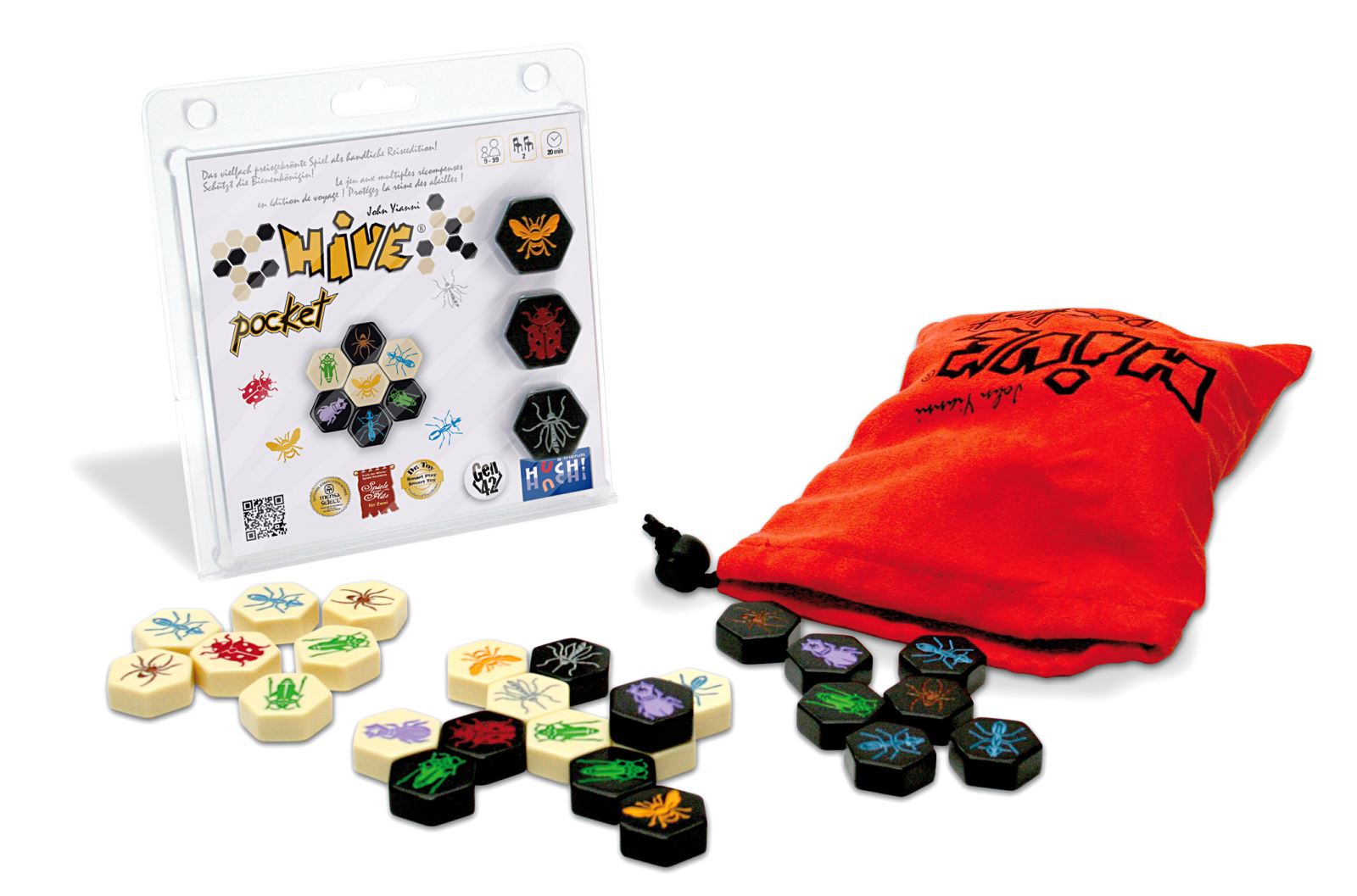 With no need for a board and highly durable components, Hive is the very definition of a travel game (doubly true for its bag-friendly Pocket edition). Just find a flat surface and start laying down those iconic hexagonal pieces. The mechanics may be simple, but matches quickly turn in a highly strategic duel between the two players as each competitor tries to completely surround their opponent’s queen with their pieces and utilise each bug’s unique way of moving. Expect to finish a game in around 20 minutes. 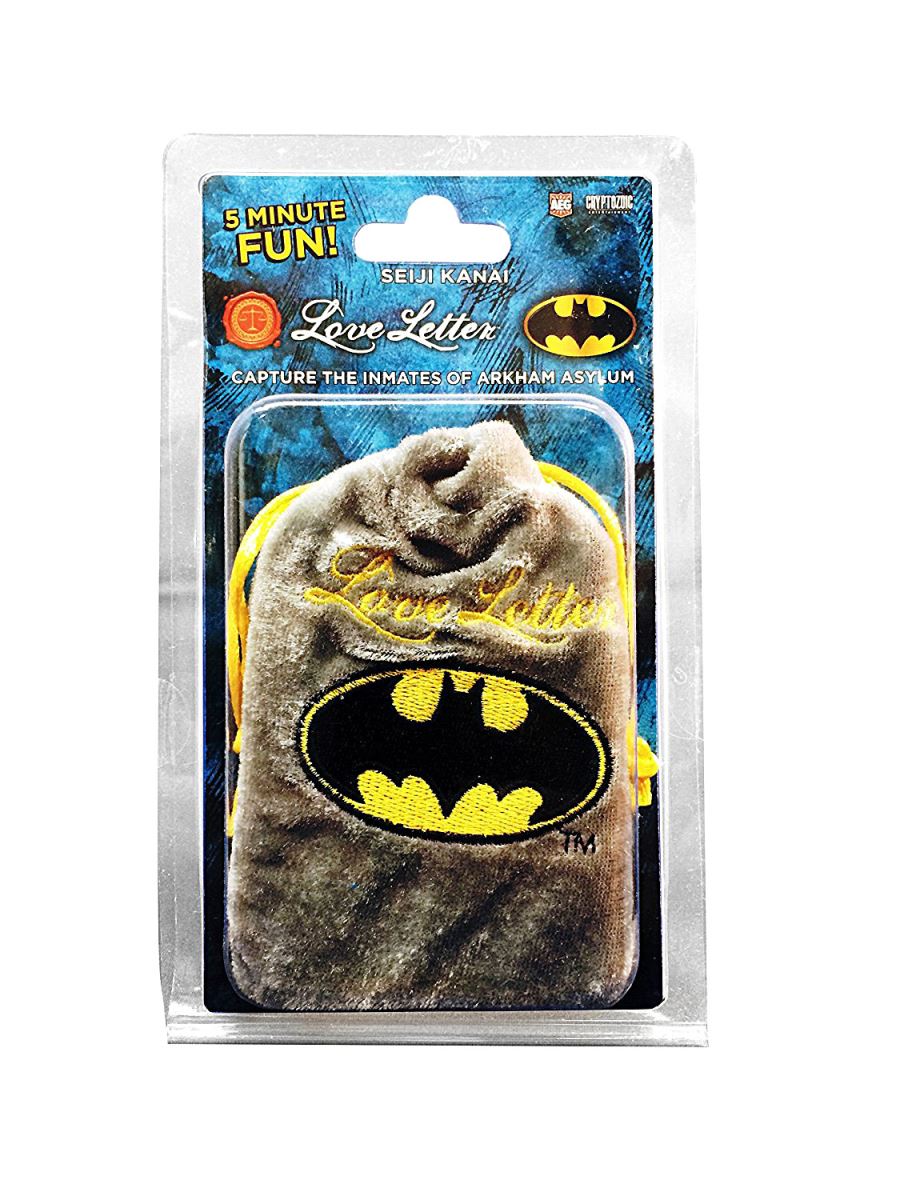 We love the original Love Letter to bits, but our soft spot for the Dark Knight means that it’s the Batman spin-off that makes this list. Instead of trying to court the princess by delivering the titular epistle, Bats is hunting down the escaped inmates of Arkham Asylum. (Who knows, maybe he’s whispering sweet nothings in their ear, too.) Each player draws and discards one card, attempting to end the round with the highest-ranked character they can – with The Joker being number one, of course. The box claims a five-minute play time, but it actually tends to be closer to 10 or 15 minutes – nevertheless, Love Letter in all its forms remains an excellent light time-filler. 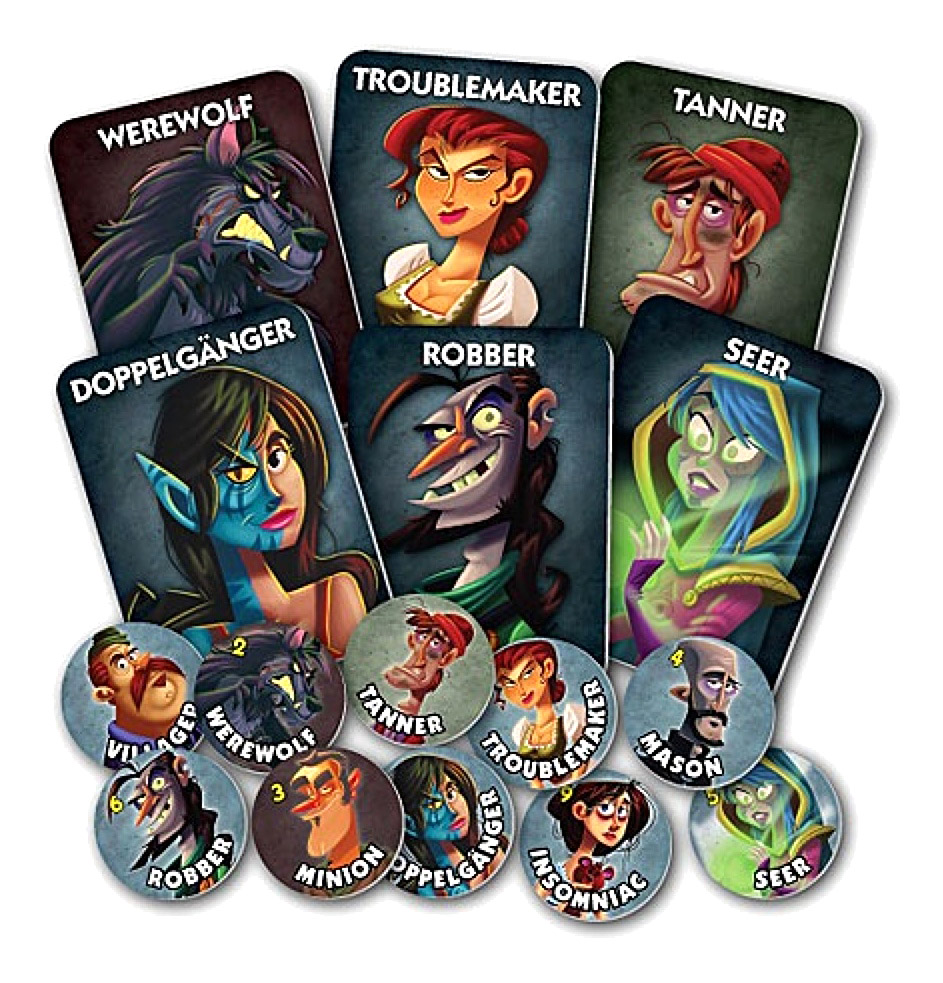 Condensing down the play time of original Werewolf and stripping out the often infuriating player elimination element, ONUW’s 10-minute matches mean that it’s ideal for parties where players can dip in and out as they like. Everyone gets a different role card with a unique power – from the seer to the troublemaker – and attempts to survive the morning without being lynched, while working out who might be a lycanthrope. If you exhaust ONUW on its own, there’s also One Night Ultimate Werewolf Daybreak, which can be played on its own or mixed in with its predecessor for 11 extra roles. 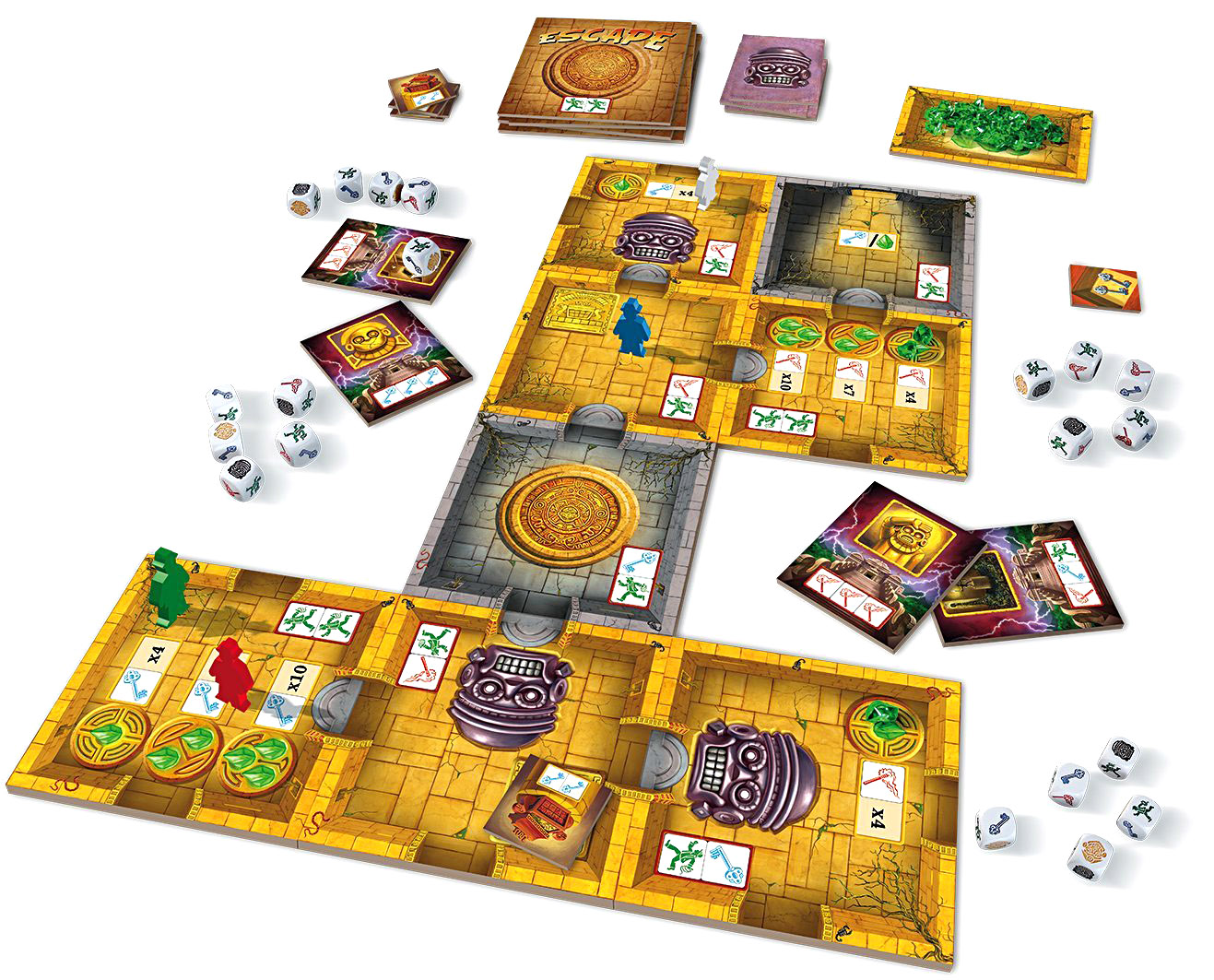 Providing a co-operative contrast to the competitive aspect of many shorter games, Escape casts players as ill-fated adventurers trying to flee a collapsing temple before they get squished by the falling masonry. To do so, they’ll need to roll coloured dice and cash in results matching symbols on the central game board to move around and complete puzzles. The rolling all happens at once, leading to a frantic 10-minute dash befitting the theme. Adding to the atmosphere is the option to use a soundtrack with a countdown, which also helps stick to the time limit. Plus, there are plenty of user-made soundtracks available for free, keeping the game fresh. 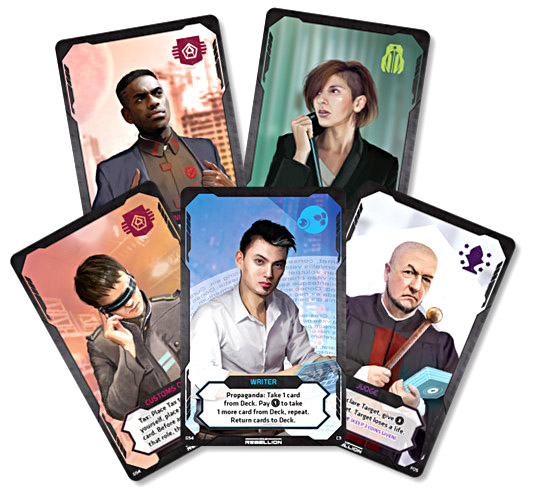 Building on the fantastic bluffing mechanics of the original Coup, Rebellion G54 introduces extra characters and a random character selection stage to put the focus on the unique powers of each role, as opposed to the original game’s fixed five characters. It’s all but unchanged otherwise, giving one of the tabletop’s best social deduction games even more replayability; players aim to knock their rivals out of the game by successfully launching coups and diminishing their influence until they’re eliminated. It’s fast and furious, with a 15-minute match packing in plenty of opportunity for negotiation and double-crossing. 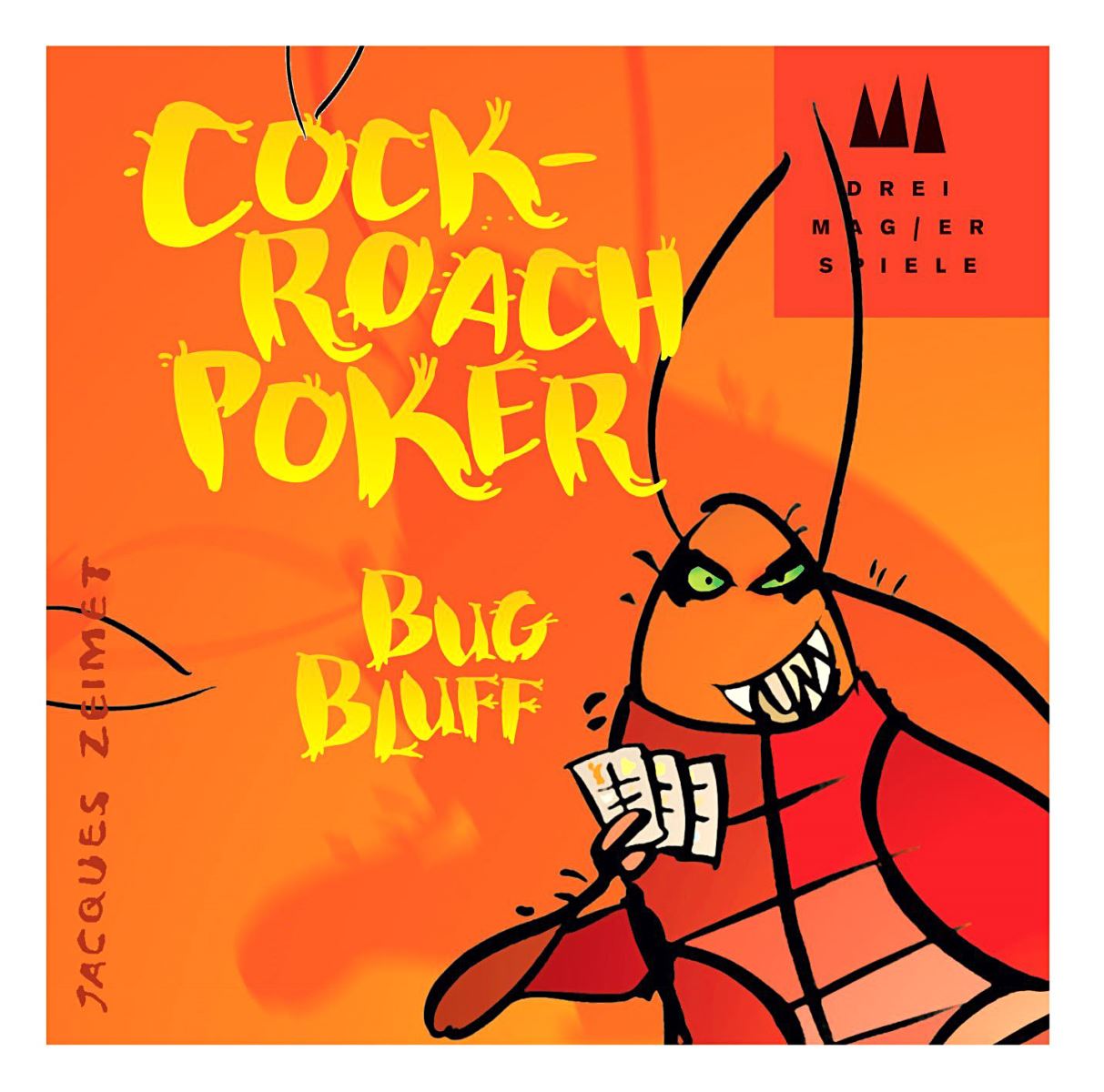 Capitalising on the bluffing element of playing poker without the need to remember hand combinations, Cockroach Poker sees players passing cards around the group facedown. The idea is to guess whether the giver is telling the truth about which one of eight bugs the hidden card displays, which results in the card being revealed in front of either player depending on whether the receiver answered correctly. The first person to have a matching set of four or run out of cards loses – and everyone else wins. The artwork is suitably vibrant and expressive, with each of the 64 cards unique, and the snappy 20-minute play time and simple rules make it a solid pick for younger players. 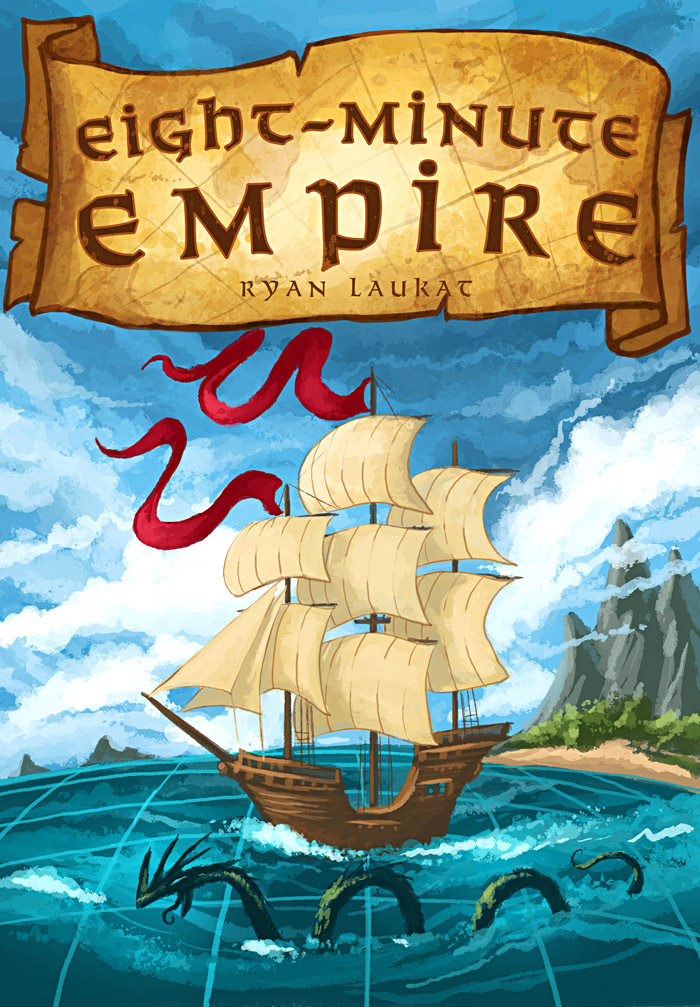 It might not play in exactly eight minutes (longer matches go up to 20 minutes – hardly the biggest time commitment), which will likely disappoint pedants, but Ryan Laukat’s gorgeous area control title still manages to take the deep strategy of games such as Civilization and condense it down to an easily-digestible format. The rules are simple, with players choosing and playing cards instantly to expand their territory and gather points-earning resources, but that doesn’t mean that Eight-Minute Empire is any less tactical than some of its bigger siblings. 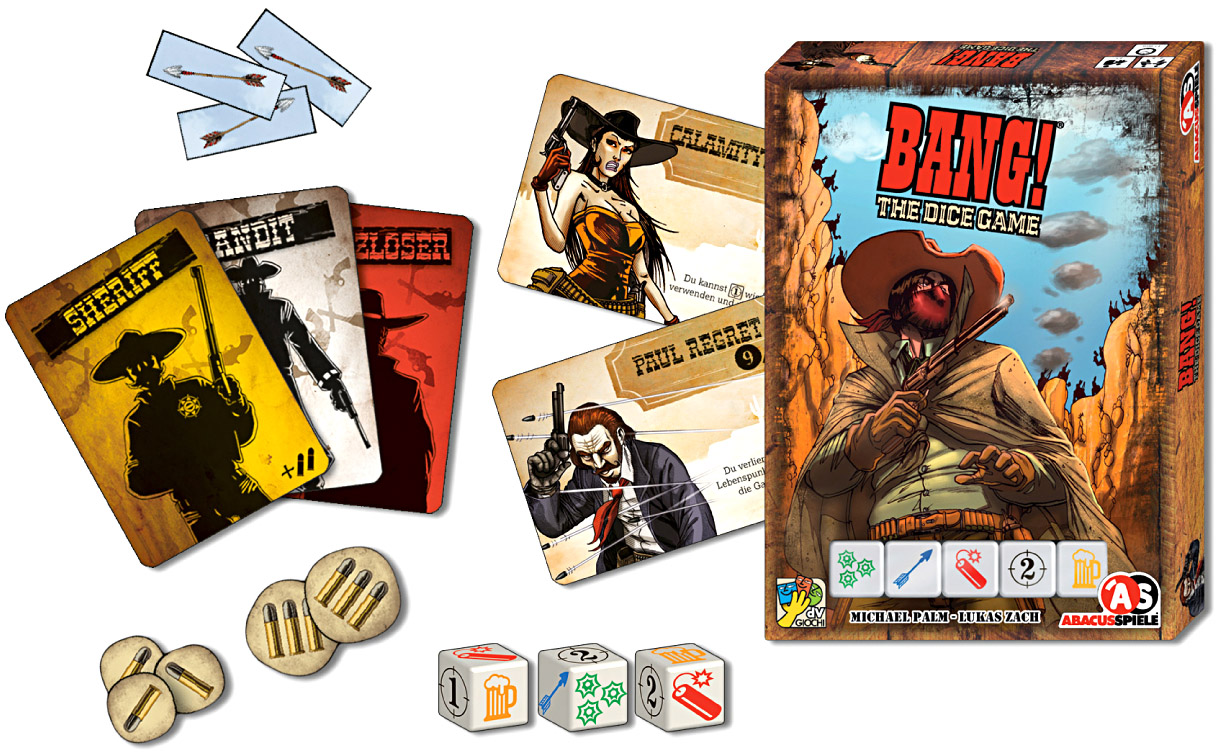 Transplanting the core gameplay of the western-themed card game to the tense rolling of dice, Bang! captures the fast-paced action of a shootout between outlaws and the sheriff's men in a 15-minute showdown. The custom dice are used in a manner reminiscent of King of Tokyo combined with hidden role elements as players attempt to work out the allegiance of those around them. The custom dice are illustrated with expressive and fun symbols (beer heals you, obviously) and the rapid rolling keeps the dusty western atmosphere thick. 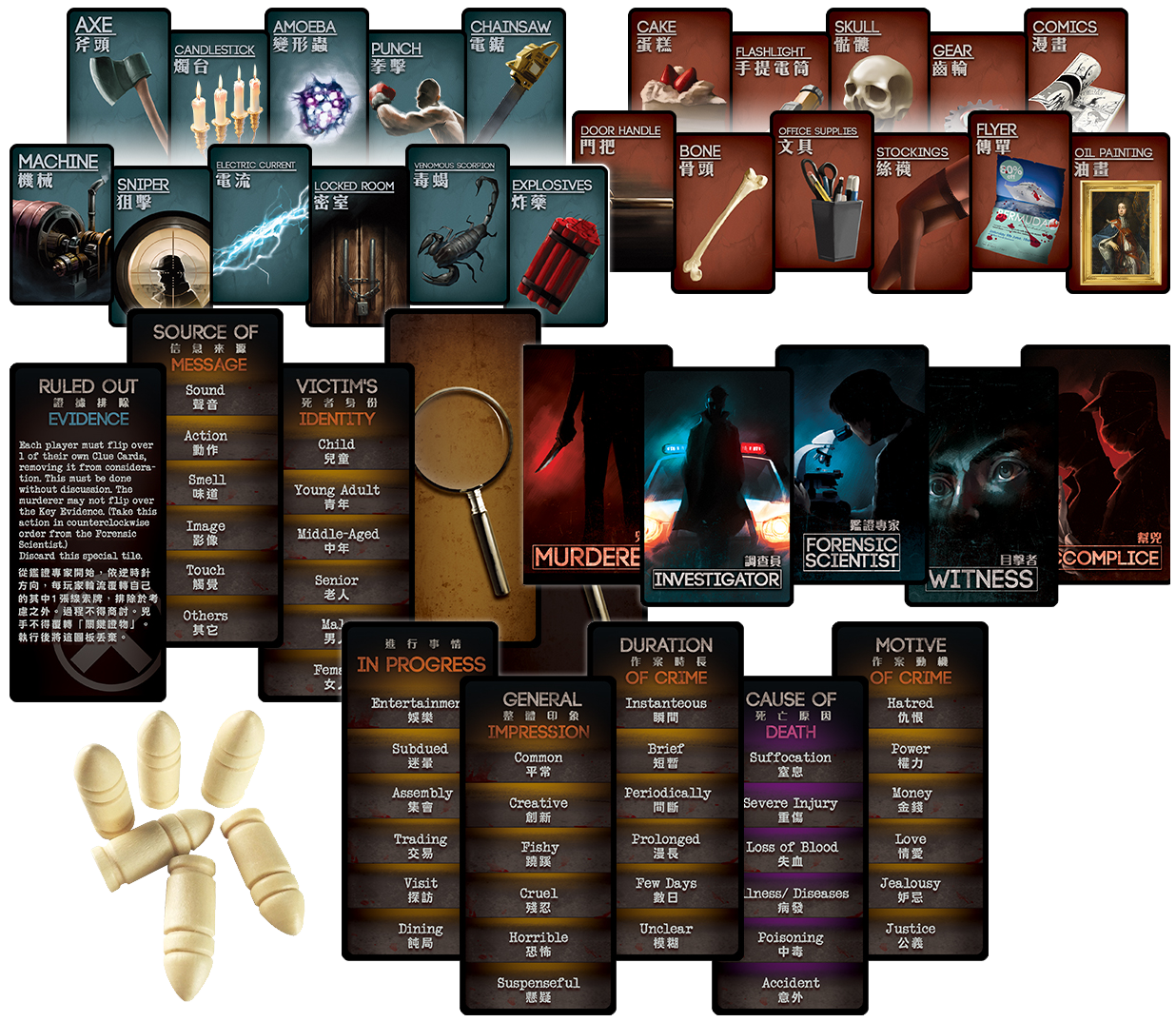 A tense crime drama in a smallish box, Deception is another case of a gripping social deduction game for bigger groups – although it can be played with as few as four players – that can be packed into under 20 minutes. A killer (and potentially their accomplice) lurks among the police team investigating a murder. Meanwhile, the forensic scientist attempts to give hints about the place and cause of the death, which must be identified to catch the culprit, using a combination of clue cards – not unlike a darker version of Dixit or Mysterium. It’s a unique spin on the social deduction genre with a suitably noir theme. 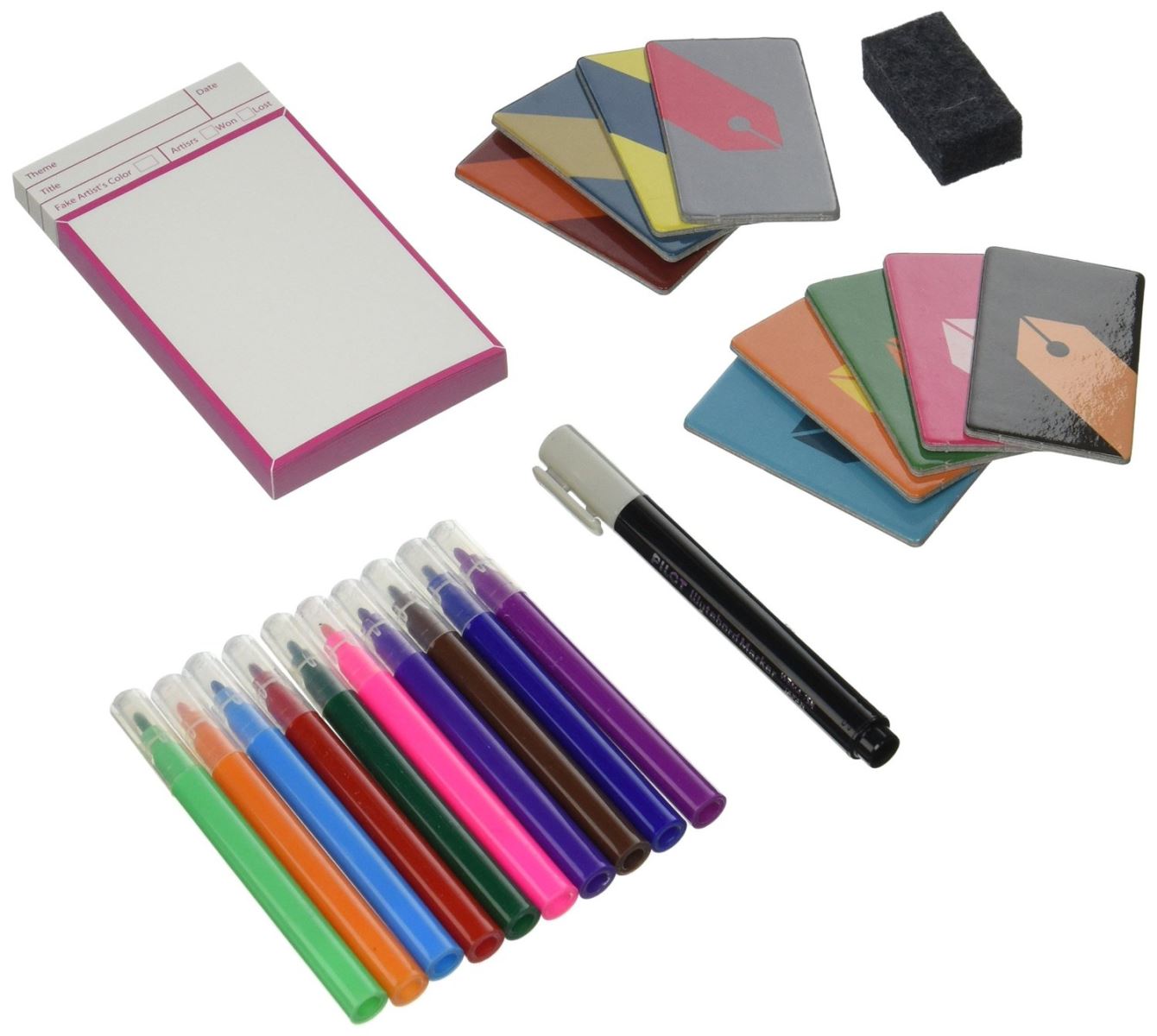 Perhaps the most accessible title on this list, this Japanese gem plays like a mashup of Spyfall and Pictionary, with players taking it in turns to add a single stroke to a collaborative shared drawing. One player is the fake artist and must try and bluff their way through without being caught. Games can be over in a matter of seconds – though most last for a few minutes – but it’s such good fun you’ll likely play at least a couple of rounds. The components are simple enough that you could actually just play with little more than a piece of paper and a pen – but we’d recommend investing in the box to support such an ace little game.