Zombies are to pop culture what rats are to modern cities; you’re never more than a few feet away from one. No matter how many times we see them shamble forth in films, books and games, we have a perennial fascination with these humble reanimated corpses. Perhaps it’s this ubiquity that’s part of their appeal; you just can’t get away from them. Werewolves may leap at you with the strength of a beast, vampires may fly through the night on bat-wings, witches may cast foul magicks, but the zombie – nameless, legion – will just keep up its relentless, single-minded march of death towards you. No matter how strong your defences, no matter how many barricaded windows and bolted doors you put between you and them, the restless dead will eventually get you. Wargaming is yet another victim to fall to the grasping hands of the zombies, so here we present – in no particular order – our top five zombie miniatures of all time. Better start loading that shotgun… 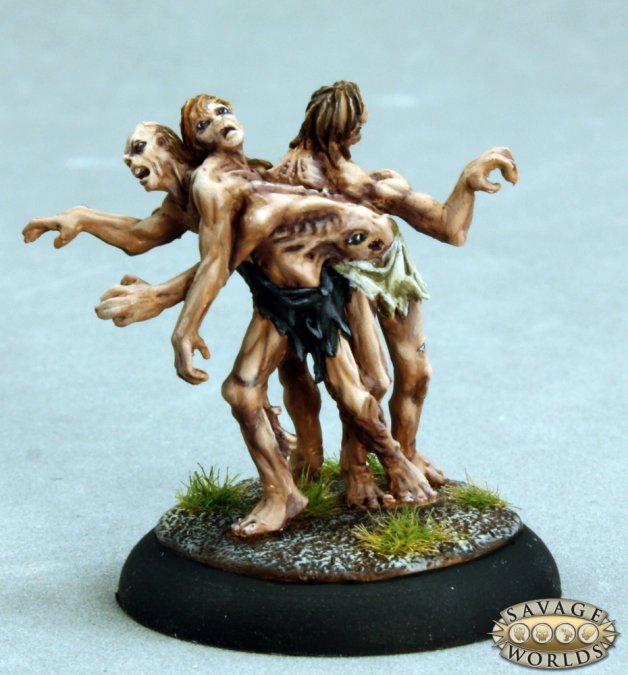 One zombie ain’t enough? Try a multi-zombie! This delightfully disgusting miniature from Reaper Miniatures ups the gross factor by smushing together a group of the living dead into one decaying horror. What horrible process created this foul being? Necromancy? Mad science? A chemical spill? We don’t know; all we know is we don’t want to be the one it’s chasing. 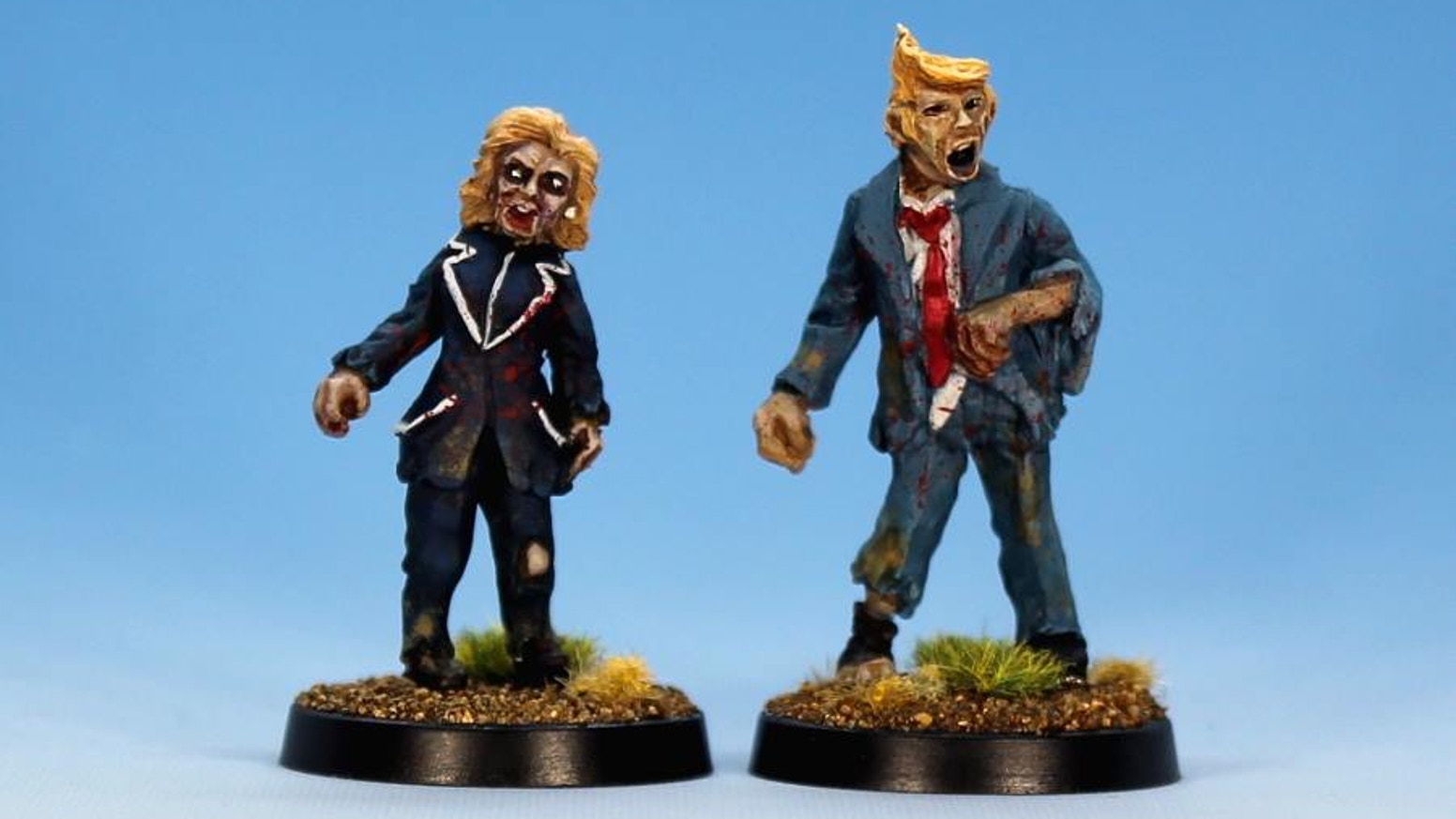 Kickstarted to life in November 2018, these miniatures go to show that even the White House isn’t safe from undead (or, as it turns out, orange-faced muppets). We’re pretty sure that the zombie Donald has more brains than his living counterpart, too!

3. Children of the Zone - Lead Adventure 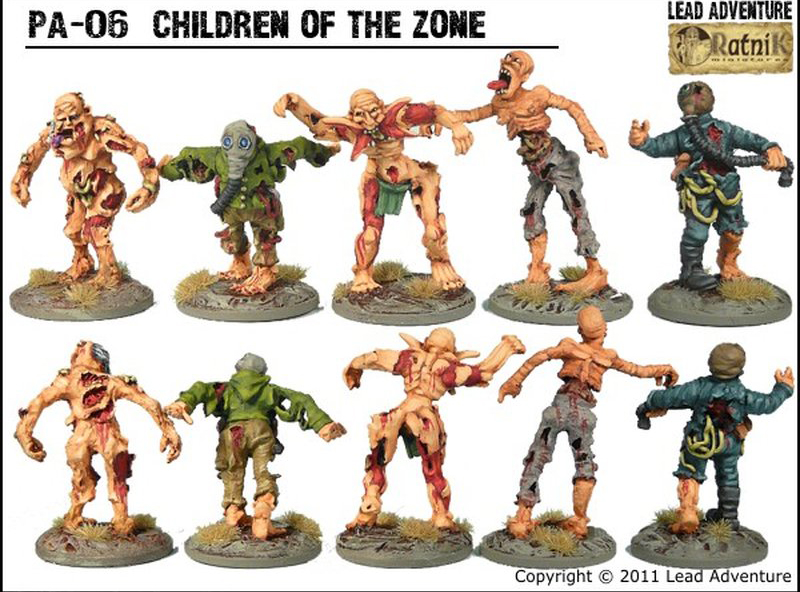 What’s worse than a living corpse? A radioactive living corpse, that’s what! If being a walking maggot-incubator wasn’t enough to deal with, the fallout has left these monsters with some pretty nasty looking mutations too. Don’t forget to take your rad-tablets if you meet these guys. 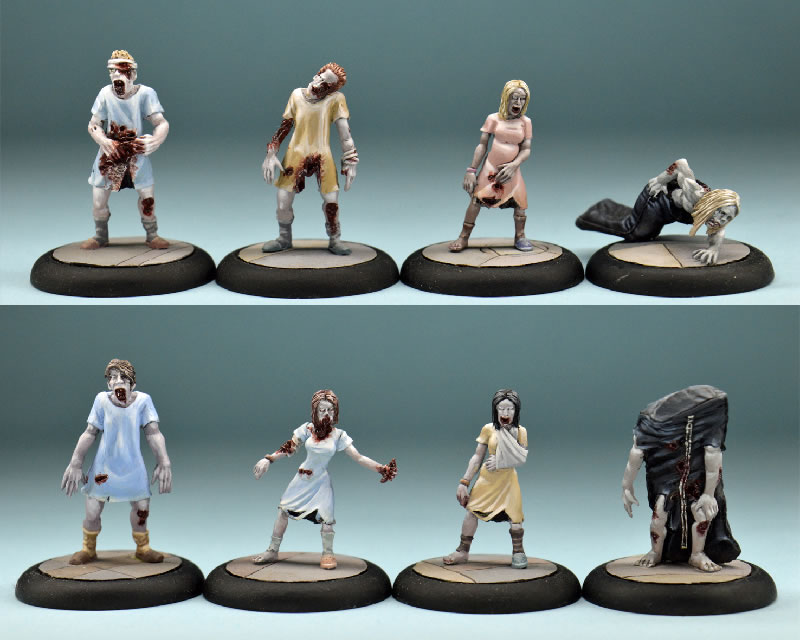 Specifically, the body-bag zombie in the bottom right corner. Fun fact: this figure is also the favourite zombie miniature of Ash Barker – designer of the undead-killing skirmish game Last Days. 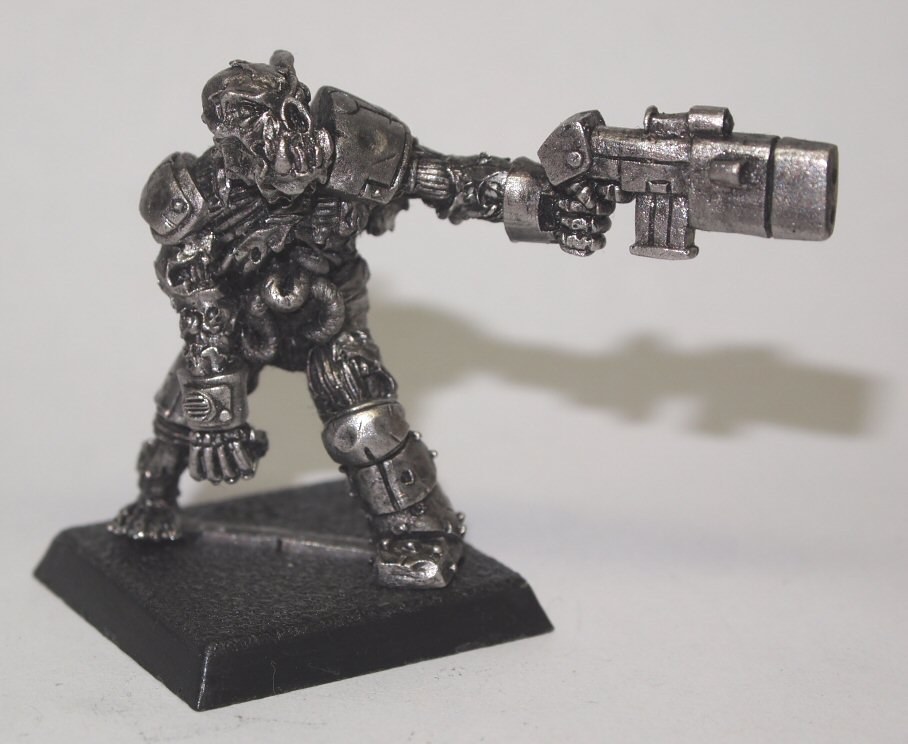 Dakka, or braaainns? Even death itself can’t keep a good orc down. A concept that seems to have been made by throwing darts at a board of pop culture tropes, the idea of a zombie being able to wield a gun is also a pretty cool one that we don’t often see.