Through the Ages: Star Wars on Tabletop With the fi­nal instalment of Star Wars’ Skywalker saga, now is a good time to reflect on the franchise’s legacy on the tabletop

Beginning in 1977 with Destroy the Death Star and Escape the Death Star, it’s a storied history that runs the gamut from blatant cash grabs and reimplementations of mainstream games to heavy dungeon crawlers and sprawling wargames. Th­e new film, ­The Rise of Skywalker, puts a capstone on Luke’s journey. His story has been characterized by his relationship with the Force, and, more importantly, the Jedi. As such, this edition of Through the Ages will take a look at Star Wars games that let you play as Jedi and Sith characters or include them as the major focus.

Roll-and-move mechanics defined many of the earliest games in Star Wars’ tabletop history. Titles like Hoth Ice Planet Adventure (1980) and Ultimate Space Adventure Game (1982) didn’t do a whole lot in terms of creative gameplay, opting instead for a simple pick-up-and-play approach. The biggest set piece moments from the original trilogy are the subject of most of these early games, such as 1983’s Battle at Sarlacc’s Pit. 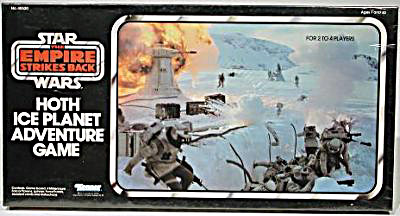 It wasn’t until 1987 that hobbyists were able to truly explore the gameplay potential of harnessing the Force. Star Wars: The Roleplaying Game used West End Games’ D6 system as its foundation, which was originally developed for the 1986 Ghostbusters RPG. Consumer and critical reaction was almost universally positive, and It became so influential that West End sent the sourcebooks to author Timothy Zahn before he began work on the now-renowned Thrawn trilogy of novels. The roleplaying game’s legacy is still apparent today, as it helped establish many canon elements of Star Wars lore that continue to exist even after the Disney era stripped much of the extended universe of its official status. 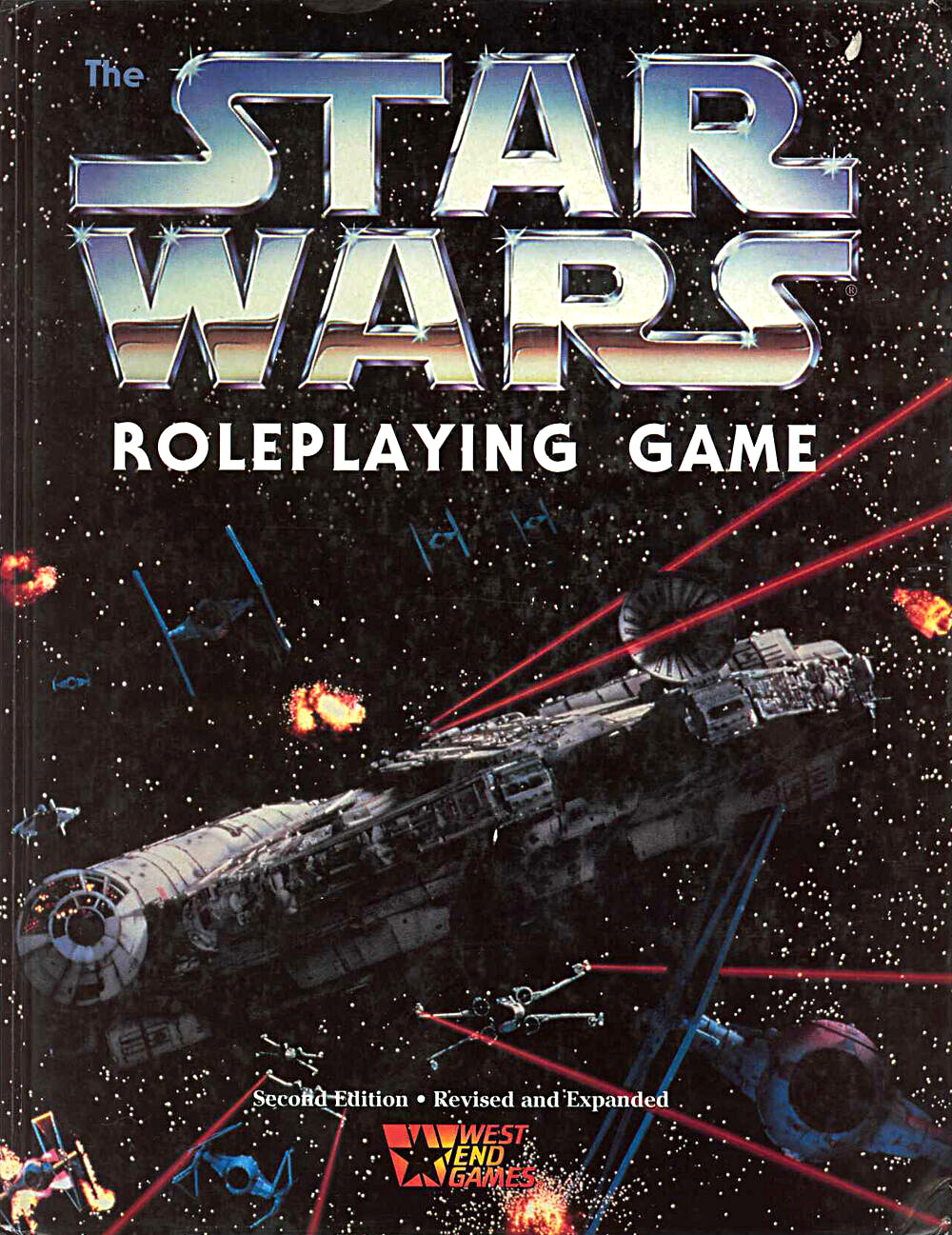 West End supported the original Star Wars RPG from 1987 to 1999. In 2000, a new version was published by Wizards of the Coast, this one based on the D20 roleplaying system. This edition of the RPG lasted until 2007. In 2012, Fantasy Flight Games released a third Star Wars RPG called Edge of the Empire. This edition continues to be supported today, and includes sourcebooks for several Star Wars eras, such as The Clone Wars and The Galactic Civil War.

In 1995, Star Wars got swept up in the collectible card game fad. The goal of the Star Wars Customizable Card Game is to reduce your opponent’s “life force” to zero. Players bring a pre-built deck of 60 cards to the table, which includes Force-sensitive characters like Darth Vader and Luke Skywalker. Location cards play a key role here, as many cards begin play at specific places. Another card game called Young Jedi released alongside The Phantom Menace in 1999, which sees players battling for control of various planets. 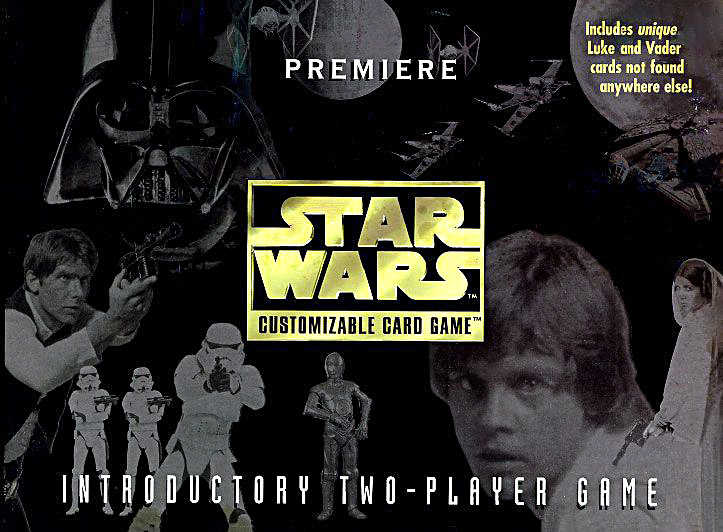 The Queen’s Gambit is another Phantom Menace-themed game that simulates the four battles taking place at the end of that film. This ambitious title released in 2000, and features a multi-tiered battlefield as well as over 150 plastic miniatures. The gameplay is largely card-driven, and is supplemented with dice rolls to resolve combat. 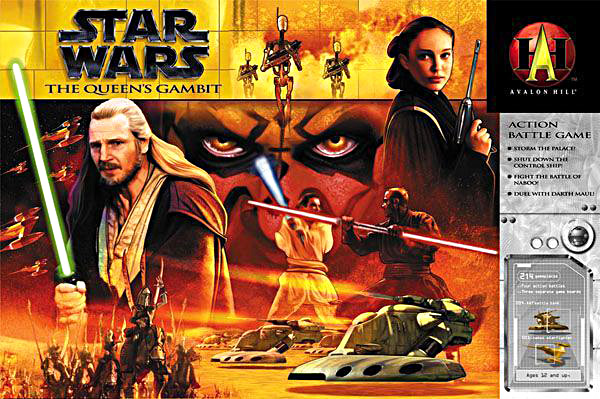 Another Star Wars card game was published in 2012 by Fantasy Flight Games and designer Eric Lang. Part of FFG’s “Living Card Game” line, Star Wars: The Card Game casts one player as the Rebel Alliance and the other as the Empire. Players race to complete objectives from their respective sides of the table while potentially mucking up their opponent’s attempts to do the same. Fantasy Flight supported the game with new packs and deluxe expansions until 2018. Things took a dungeon crawling turn in 2014 with Imperial Assault, an asymmetrical adventure game in the same vein as Descent: Journeys in the Dark. There’s a sort of skirmish deathmatch mode to Imperial Assault, but the real meat is in the campaign. One player takes on the role of the Empire and its vast armies and resources, while the rest of the table controls a hero of the Rebel Alliance. The game does a bang up job of imitating the feeling of a small, ragtag group butting up against an immovable force. 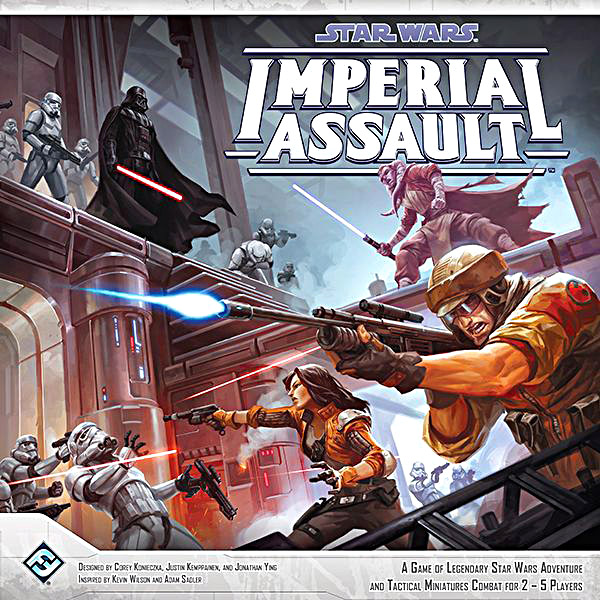 2016 saw the release of yet another Star Wars card game, and this time dice are included. A game of Destiny is a fast-paced duel that spans every era of Star Wars. The only limit to deckbuilding is that heroes and villains cannot be combined into a single deck. Other than that limitation, there’s no combination too obscure for Destiny. Particularly powerful characters come with a six-sided die, which helps augment their inherent abilities, and the short playtime makes the game a great choice to get in a quick Star Wars fix.

The Skywalker saga may be coming to a close, but nine films and decades of storytelling have produced an impressive stable of board games, with many more sure to come. As long as publishers and fans remain enthusiastic, there will always be a portal to that galaxy far, far away on your tabletop.