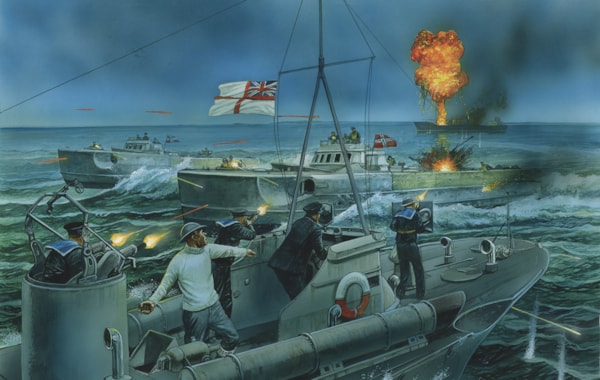 Death on the water

Battle stations! Ready Torpedoes! The following is a big “What if?” scenario for Cruel Seas from Warlord Games. Prior to the D-Day invasion, Allied minesweeping operations were completed without any interference by the Kriegsmarine or Luftwaffe. However, a chance encounter with one of the S-boats based in Cherbourg harbour could have blown the lid wide open on the entire operation!

The greatest armada ever assembled in Western Europe has put to sea, and is advancing inexorably on Normandy. Inside the grey hulls of the landing ships, tens of thousands of young men are steeling themselves for battle, ready to take the fight to Hitler and win back Europe!

Further out to sea, hundreds of Allied minesweepers are picking their way through a massive minefield, laid by the Luftwaffe and Kriegsmarine to interdict shipping and protect the Normandy coast from invasion.

These minesweepers have a vital role to play in Operation Neptune. The lumbering armada of landing craft and warships are incredibly vulnerable to mines, which can cause catastrophic loss of life and unthinkable disruption to the finely-tuned invasion plans.

Despite the patrols of torpedo boats and flights of aircraft overhead, these slow-moving vessels are incredibly vulnerable to attack.

While the minesweeping on the morning of 6th June was completed without incident, we have imagined a scenario where a few patrolling E-Boats stumble across an isolated minesweeper and launch an attack.

Kriegsmarine: You must sink the enemy minesweeper and escape! There could be dire consequences if you cannot report the enemy activity to High Command!

Royal Navy: You must clear a path through the minefield for the landing craft and warships headed for Sword Beach! 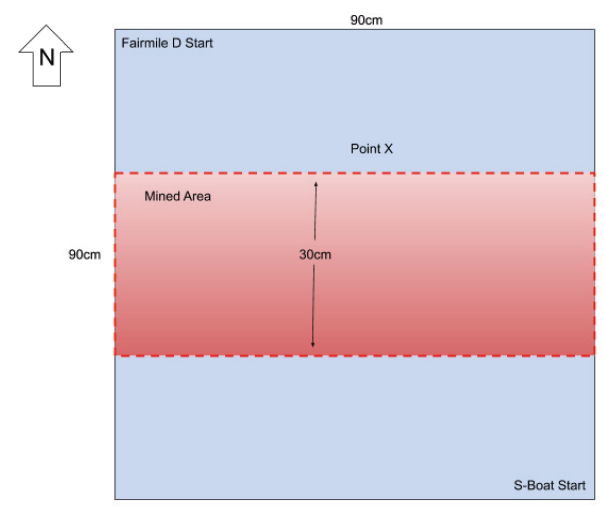 Deploy the dense contact minefield as a strip 30cm wide, running east-west across the entire width of the battlefield.

Place two E-boat S-100 class in the south-east corner with their sterns touching the table edge, moving at Combat speed.

Minesweeping: The Bangor has deployed its paravanes and is in the process of clearing the mines. Providing it continues at Slow speed, it does not need to test for moving into the minefield.

Once the Bangor has successfully traversed the full width of the minefield, clear a 15cm strip on either side of the minesweeper.

The game lasts until either the minesweeper has traversed the field, or until it is sunk by the E-Boats.

This article originally appeared in Miniature Wargames issue 434, June 19. Pick up the latest issue here or subscribe to make sure you never miss another issue.