THE BATTLE OF NEPENTHE: A scenario for Conquest: The Last Argument of Kings Rules Words and Pictures by Para Bellum

“There was a puff of smoke from somewhere between their numbers and the hunching spearmen charged. They never shouted a warcry or yelled with might, their charge accompanied only by a low crescendo of growls and chattering teeth that unnerved the men of Riismark more than any voice. Captain Hermark joined his men’s lines, ordering them to “receive charge” stance. From the left, Junger’s crossbowmen fired their first volley, even as the third volley from the Spire marksmen landed once more on the right flank of the infantry. Panicked voices echoed in the distance, crying gibberish about three arms. Hearing his own pants echoing in his helmet, Hunfrid drew his sword and waited for the clash.”

“The Battle of Nepenthe” is a dramatic battle between the forces of Crown Prince Fredrik of Brandengrad and the illusive Envoy of the Alchemist based on the Nepenthe short story, available free to download at para-bellum.com. The scenario is designed for two players that will go toe-to-toe using everything that is found within the Conquest Two-Player Set along with a Marksmen Clones and Steel Legion Regiments.

“At first, Hunfrid thought it was just another animal, though its call was new to him. Then, he noticed there were more than the one call, or that more had simply joined in with the first. Low growls, gurgling and wet, reached his ears through the mist, accompanied by strange crackling noises, like bones rattling with each other.”

The Battle of Nepenthe does not follow the regular Conquest: The Last Argument of Kings Rules of Engagement. Each Army is represented as they fought in the battle of Nepenthe and the two armies are deployed as they were during the fight. You can reference the diagram below to set up your forces and bring reinforcements onto the table. 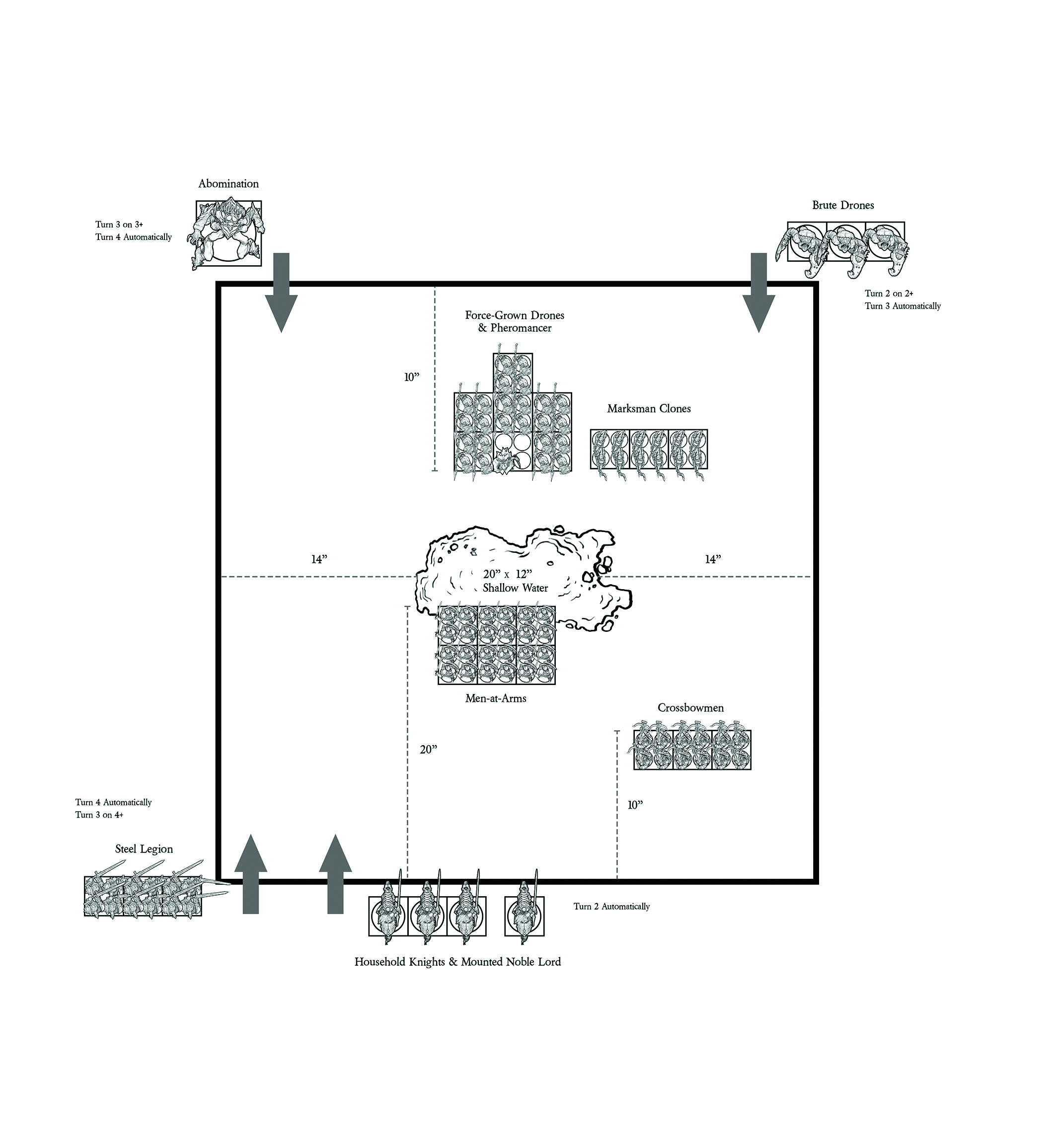 “Crashing through their lines, the knights roared for Riismark as they skewered and trampled their victims, breaking the wall of shields like a wave through a sand castle. Fredrik, the wreath on his helm glittering gold, let go the lance and drew sword, lowering it again and again, growling like a lion with every blow, as the blade crashed through bone armour and flesh alike.” 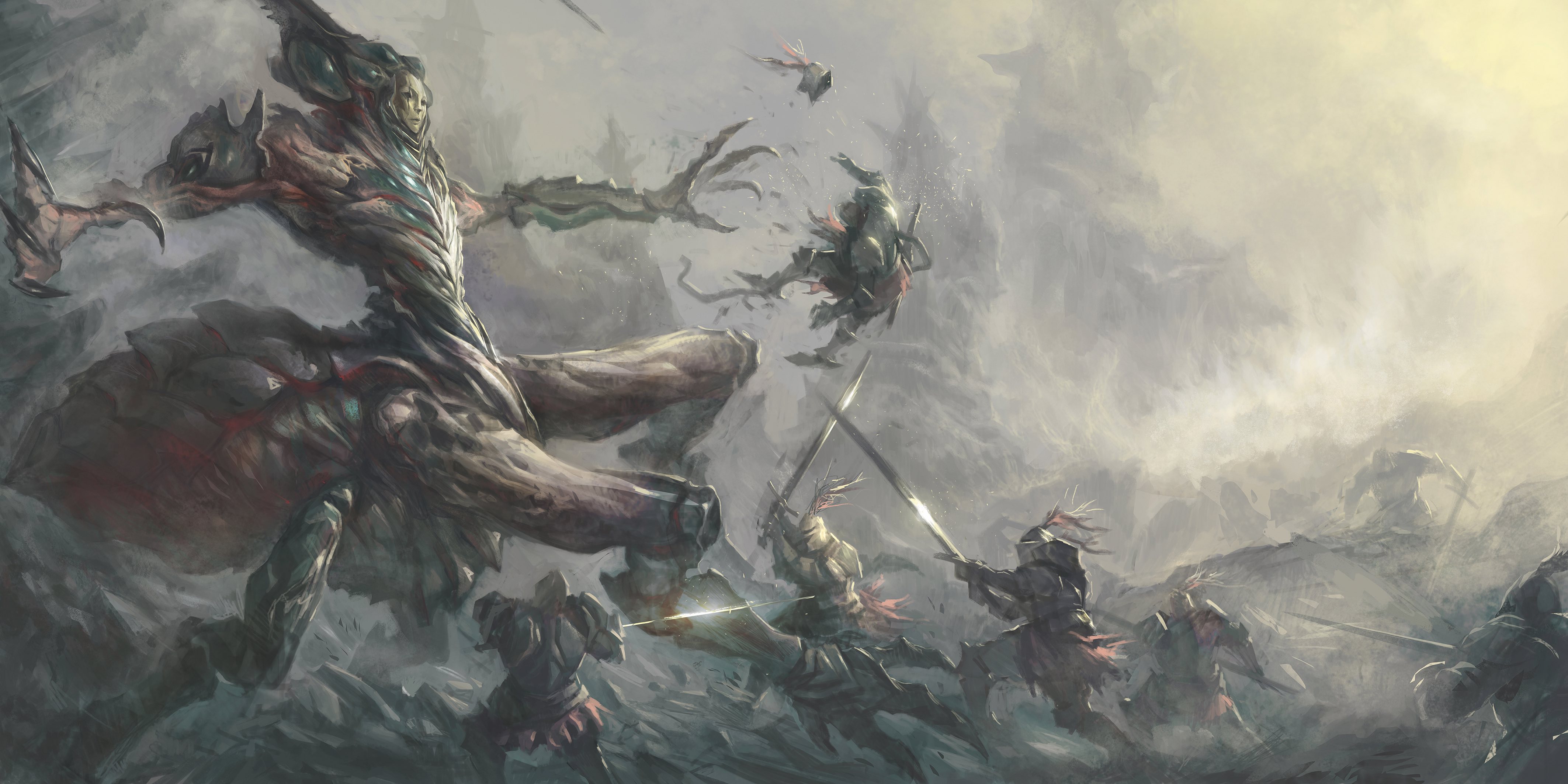 The following conditions apply to this narrative scenario:

Nepenthe’s Breath: No Line of Sight may be traced beyond 18”.

The Ambush: The Spires will have Initiative on the first Game Turn, however their top Command Card must be the Marksman Drones.

Dreadmarsh: The players must place a Marsh Terrain (or an appropriate reminder) counting as Water Zonal Terrain in the middle of the table, roughly 20x12 inches in size.

The Plan unfolds: Players set up their forces as shown on the diagram to the left. Instead of following the normal Reserves rules, follow the instructions below:

The Pheromancer Stand is attached to the Force-Grown Drones Regiment and may not leave it.

The Marksman Clones and Force-Grown Drones Regiments begin the game deployed with their front edge 10” away from their Deployment Edge, and a minimum of 8” away from any Flank Edge.

The Mounted Noble Lord is attached to the Household Knights Regiment.

The Men-at-Arms Regiment begins the game deployed with their front edge 20” from their Deployment Edge, and a minimum of 14” away from any Flank Edge. They must have a minimum of 2 Stands on the Marsh Terrain. 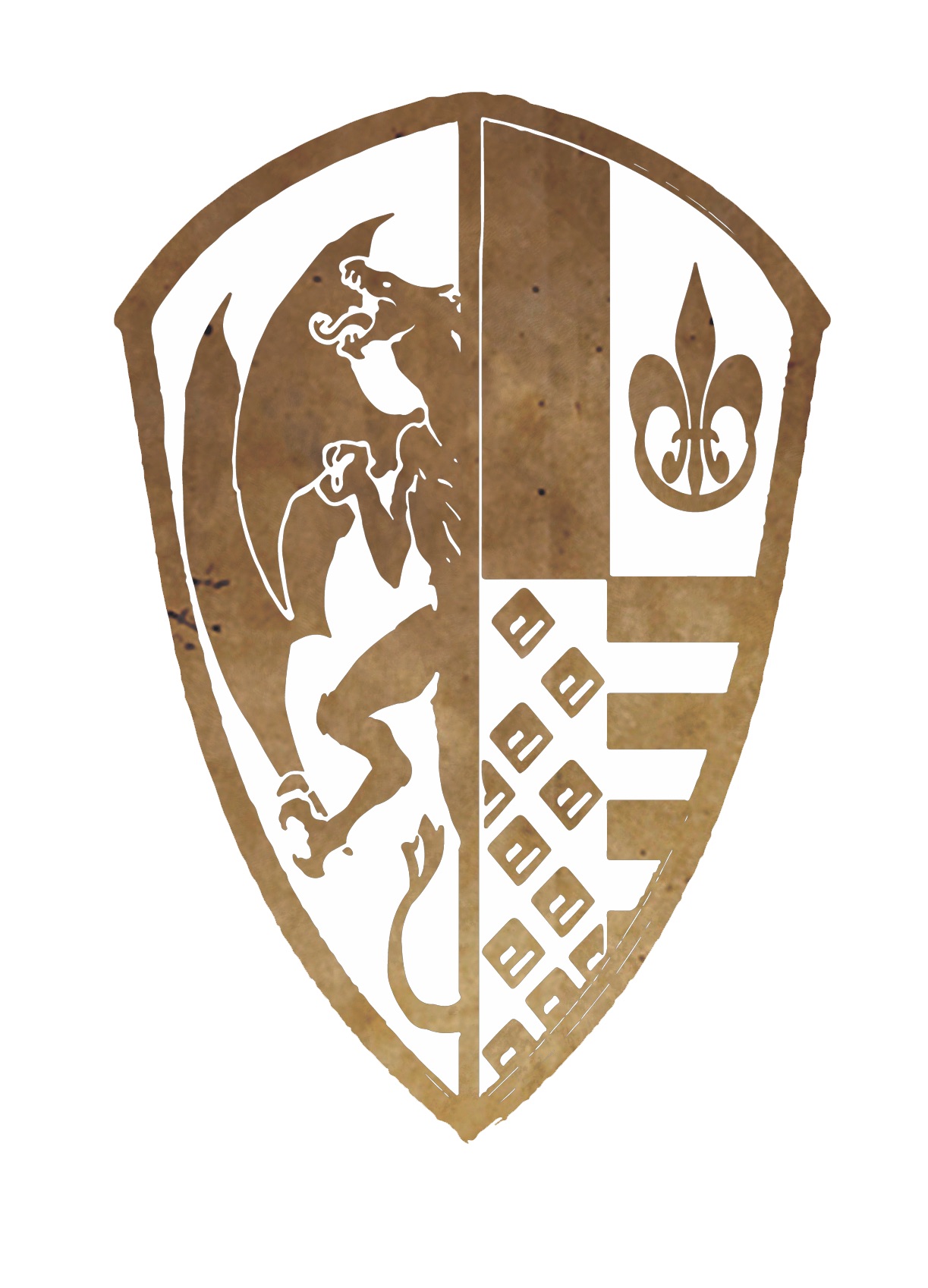 The Crossbowmen Regiment begins the game deployed with their front edge 20” from their Deployment Edge, and a minimum of 8” away from any Flank Edge.

The Household Knights and Noble Lord arrive on Turn 2 Automatically. They arrive on the bottom left quarter, either from the 100 Kingdoms Deployment Edge or the Left Flank Edge following the normal rules.

The Abomination Arrives on Turn 3 on a 3+, or else it arrives on Turn 4 Automatically. It arrives on the top left quarter, either from the Spires Deployment Edge or the Left Flank Edge following the normal rules.

The Steel Legion Arrive on Turn 3 on a 4+, or else they arrive on Turn 4 Automatically. They arrive on the bottom left quarter, either from the 100 Kingdoms Deployment Edge or the Left Flank Edge following the normal rules.

Every Bard a different recount: The players are free to choose their Warlord’s legal upgrades & options, but may not include Retinues.

“All around him, guided by robed figures like the one in the battlefield, countless hunched creatures were gathering the bodies of the fallen, human and spireling alike, throwing them into piles. Above them, a dark cloud loomed, like a ship with a balloon instead of sails, ropes with hooks dangling under it and reaching the ground. Hunfrid cried and gasped in pain and horror, as he saw the bodies being hooked on the ropes for the ship to take them.” 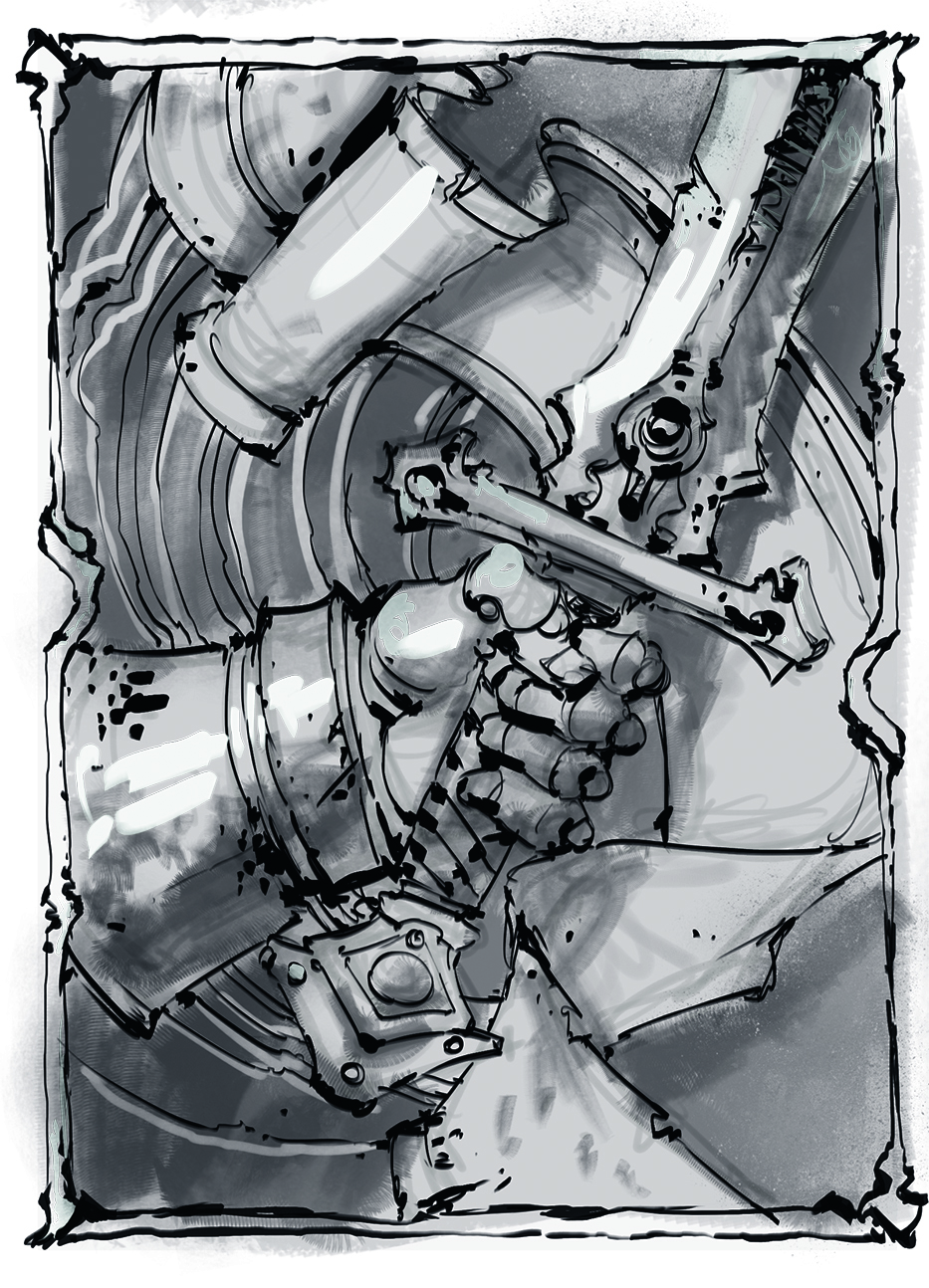 The game plays out for 6 Turns. At the end of the 6th Turn, the player with most Victory Points wins the game. Players gain Victory Points like this:

2 VP for each Secondary Objective they score.

2 VP for each Scoring Unit with over half its starting Stands (or Wounds if Monster) surviving within 8” of the center of the Battlefield.

1 VP for each Surviving Enemy Regiment with under half its total number of Models, or Wounds if the Models have more than 1 Wound.

3 VP for each Character and Light Regiment destroyed

4 VP for each Medium Regiment destroyed

5 VP for each Heavy Regiment destroyed 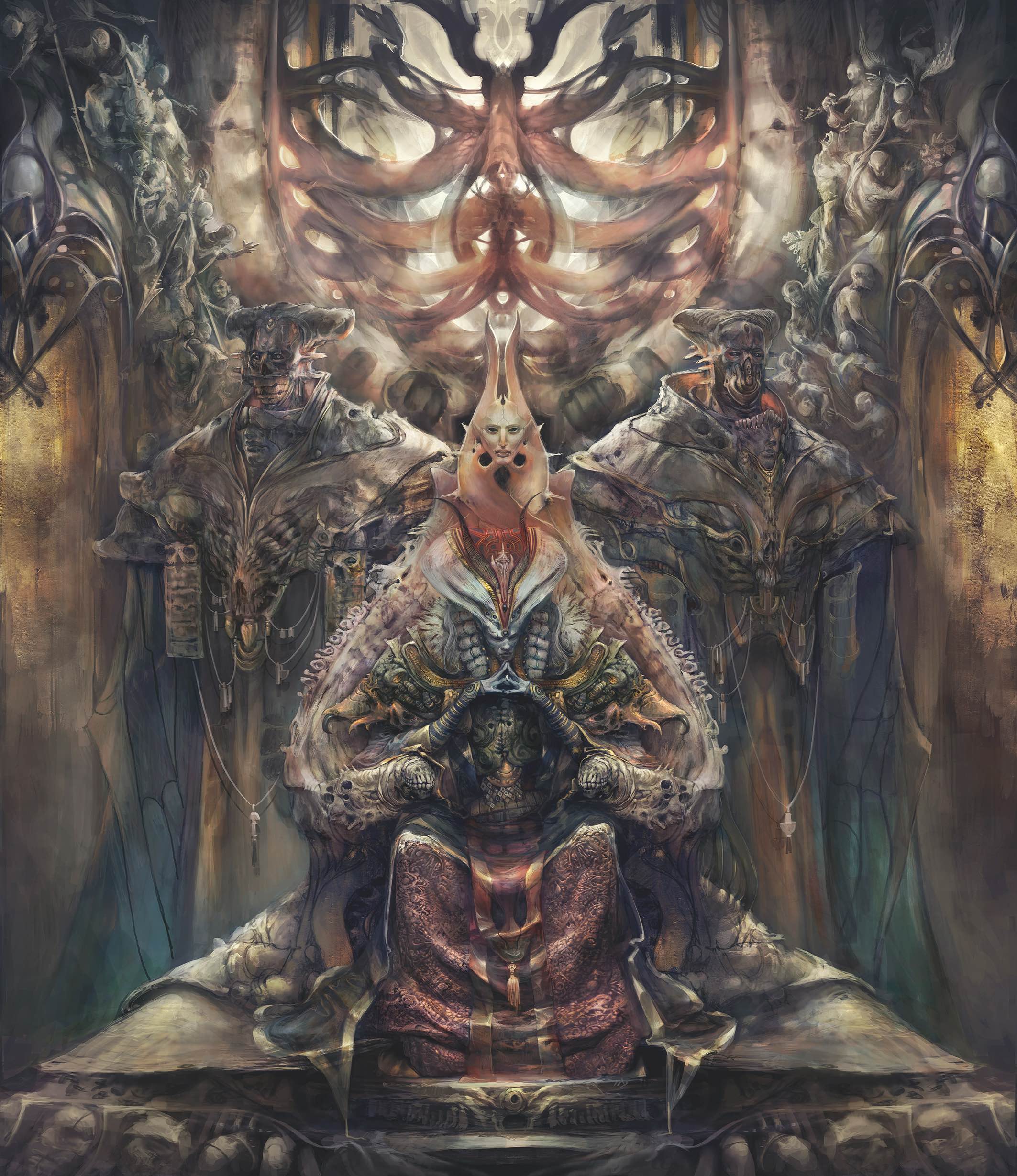 Which side will prevail? Is it the forces of the Hundred Kingdoms facing the new Spire threat, or will the Alchemist’s Envoy claim victory as payback for a debt long overdue?

Make sure to take photos of your refight of Battle of Nepenthe and post it on our social media with the #PathofConquest hashtag! You could also send some to the magazine! Ed.

This article originally appeared in issue 452 of Miniature Wargames. You can pick up your issue of the magazine here or subscribe to make sure you never miss another issue.