Ten of the Best: Games to Play Outside 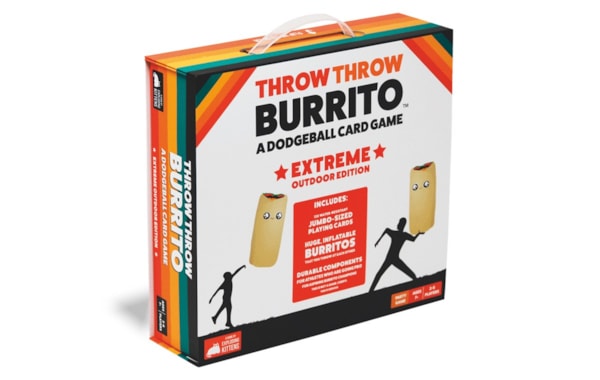 I want adventure in the great wide somewhere

As summer approaches, we may not be so bold as to assume that it will bring with it peaceful sunshine and warmth, but certainly, after a winter lockdown we’re confident in saying we’ll want to spend as much time outside as we can. Bringing our board games with us adds a few extra requirements, so to make this list, we need particularly robust games, or those unaffected by the elements. After all, there’s nothing worse than your game being upturned by an unexpected gust of wind. 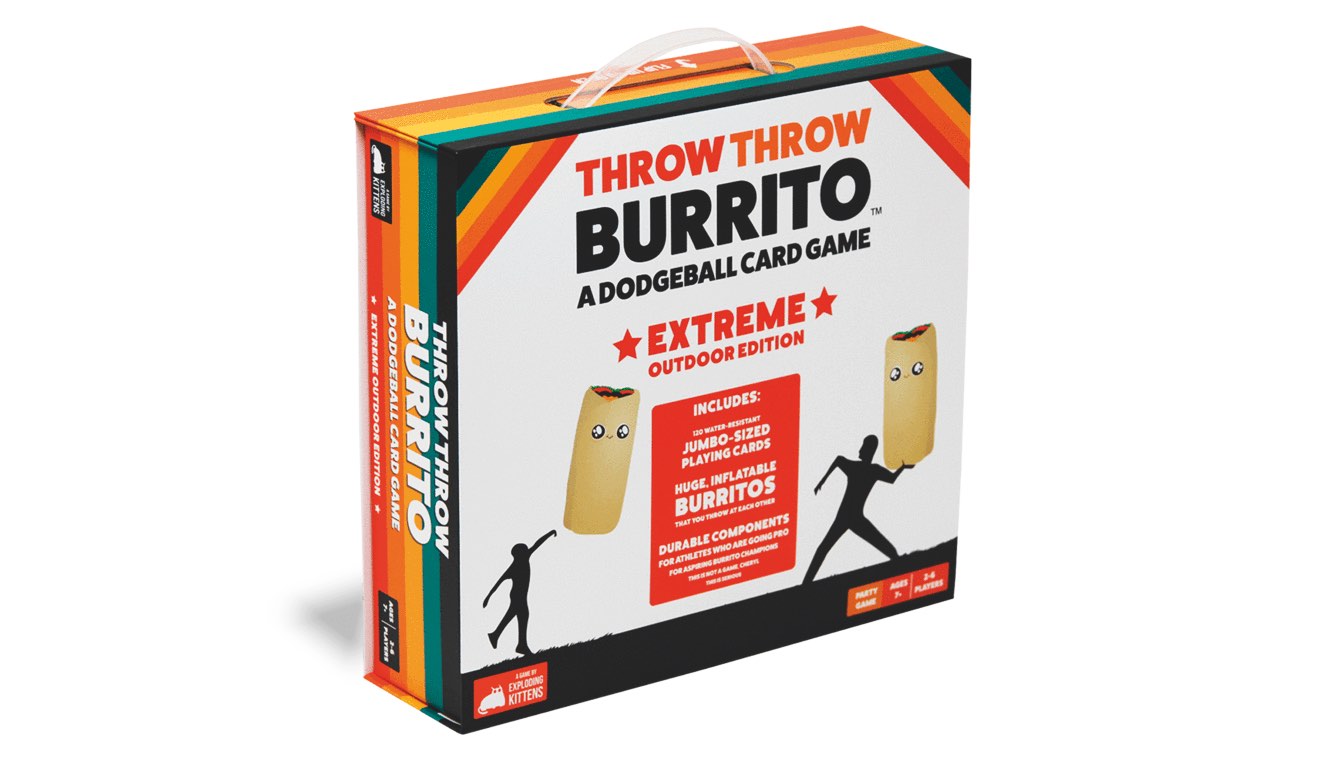 When you mix a card game with dodgeball, you’re always going to want a little extra space. and taking it outside makes perfect sense. The extreme version upgrades the squishy burritos into giant inflatable ones the size of some people, and though a physically lighter alternative, your breakables will thank you for taking this one outside. To play, you’ll be trying to find sets of three matching cards, but if someone plays a burrito card, you can steal points from your opponent by hitting them with the burrito. What better way to enjoy the presence of other people following a nationwide lockdown than by launching a projectile at them? 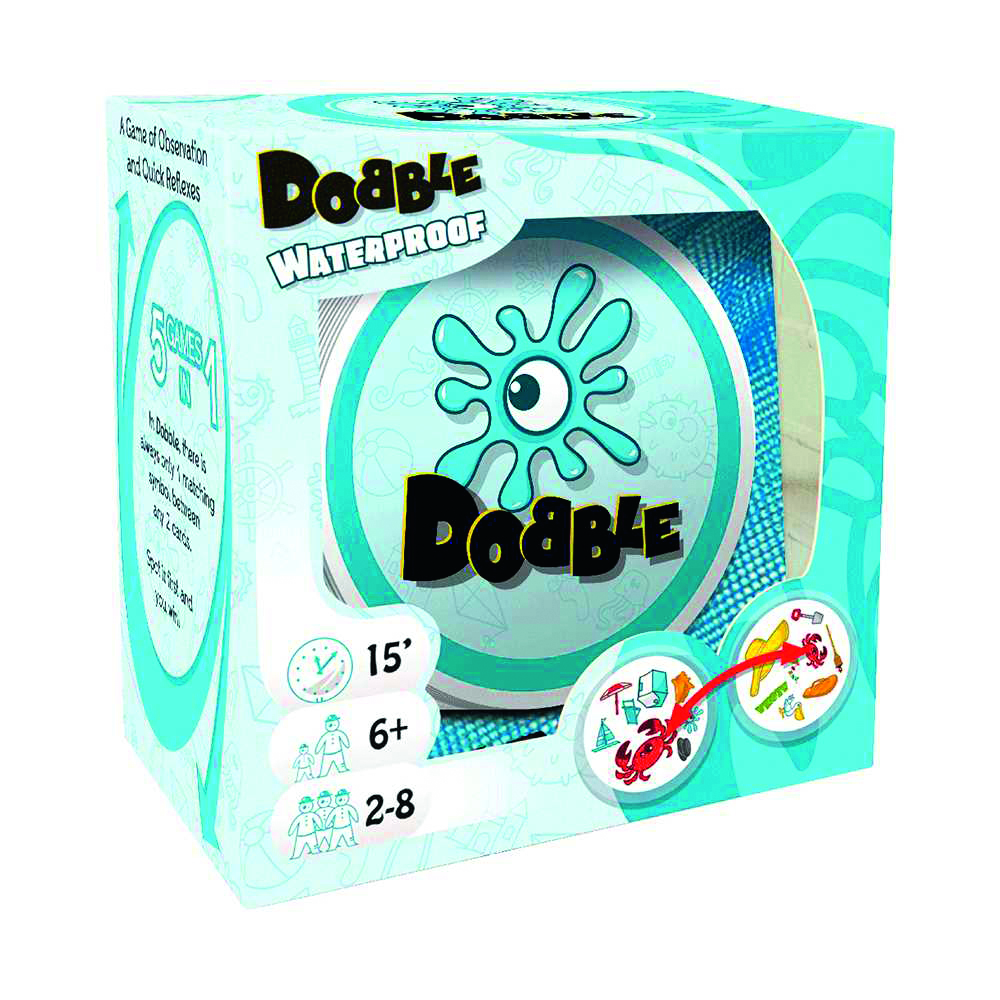 It’s a simple game to suggest, but sometimes simplicity wins out. Dobble is a matching style game, popular because of its ease to pick up and suitability with all ages. There are a number of ways to play it, but generally you’ll be trying to match images from your card to the ones available, but you’ll need to be faster than your opponents with the cards ever changing. The beach or splash versions of the game are waterproof, so you’re less likely to ruin them with spills or next to a pool, or there’s even an XXL version where the cards are mats on the floor that you’ll need to stand on.

Find Dobble Waterproof by picking it up here 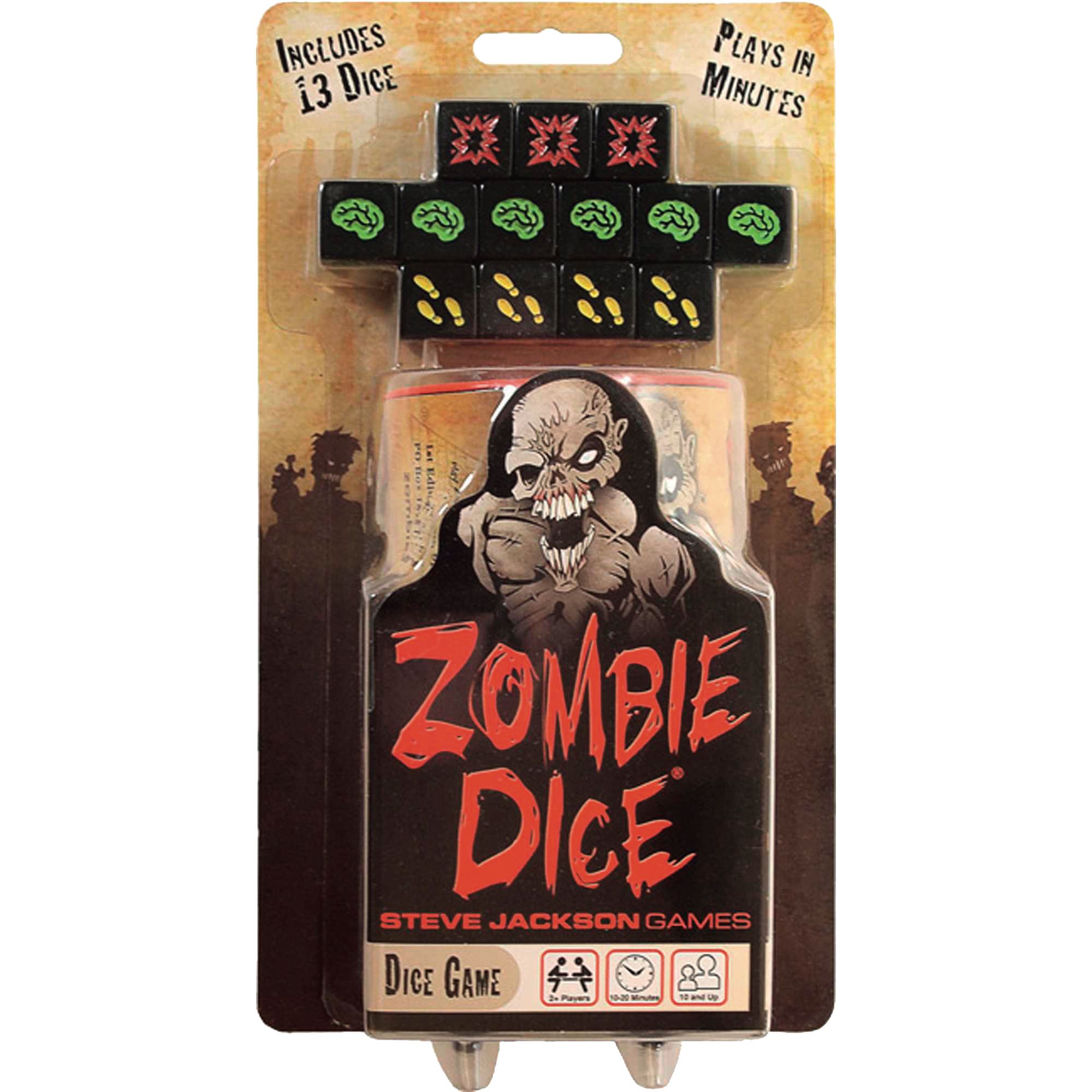 An easy way to take a game outside is to ensure the components are heavy enough to not be buffered by any of the elements, and a dice game takes the biscuit. Thirsting for brains (braaaaaains), this is a push your luck dice game, where you’ll collect the aforementioned brains as a tasty snack, but you’ll need to avoid rolling the shotgun blasts in order to keep the points. Easily keep scores, the only thing to keep an eye on is the dice making a break for it off the table, much like sunshine does in UK summer…

Roll for Braiiiiiins, and find your copy by clicking here 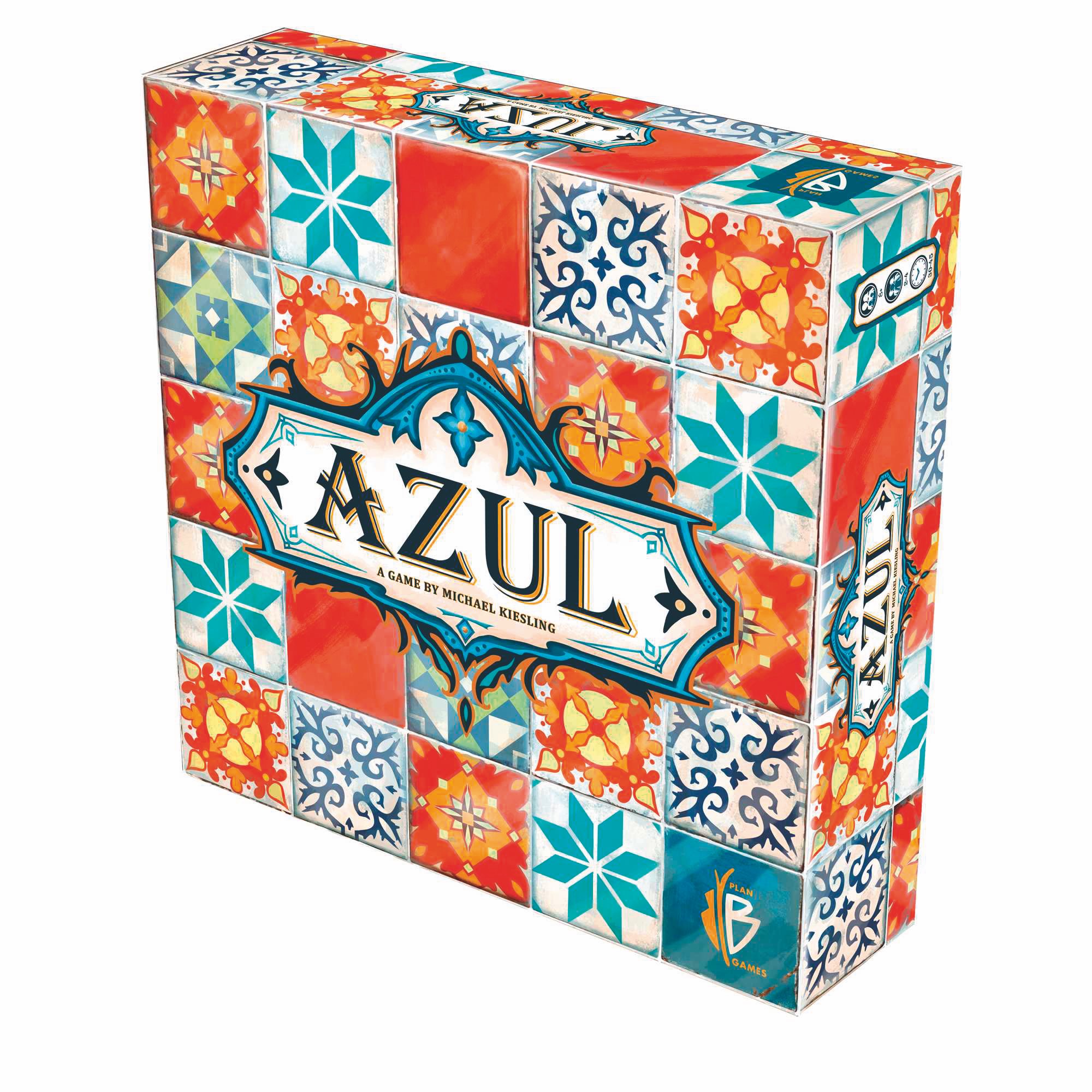 With tiles to draft your masterpiece, Azul isn’t just a brilliantly fun light game to introduce to the masses, it’s also solid enough to withstand gusts of wind and the odd surprise light drizzle. Explaining the game if it were in modern day terms, we’d say that if you were an interior designer and a client saw something on Pinterest and wanted it in their own home, it’d be up to you to match it by draft tiles to create the nicest decoration, to gain the most points. It’s a peaceful game, perfect for a quiet evening with friends.

Lay tiles and create something beautiful, pick up your copy here, or head on over to our review to see why we considered it an Editors Choice 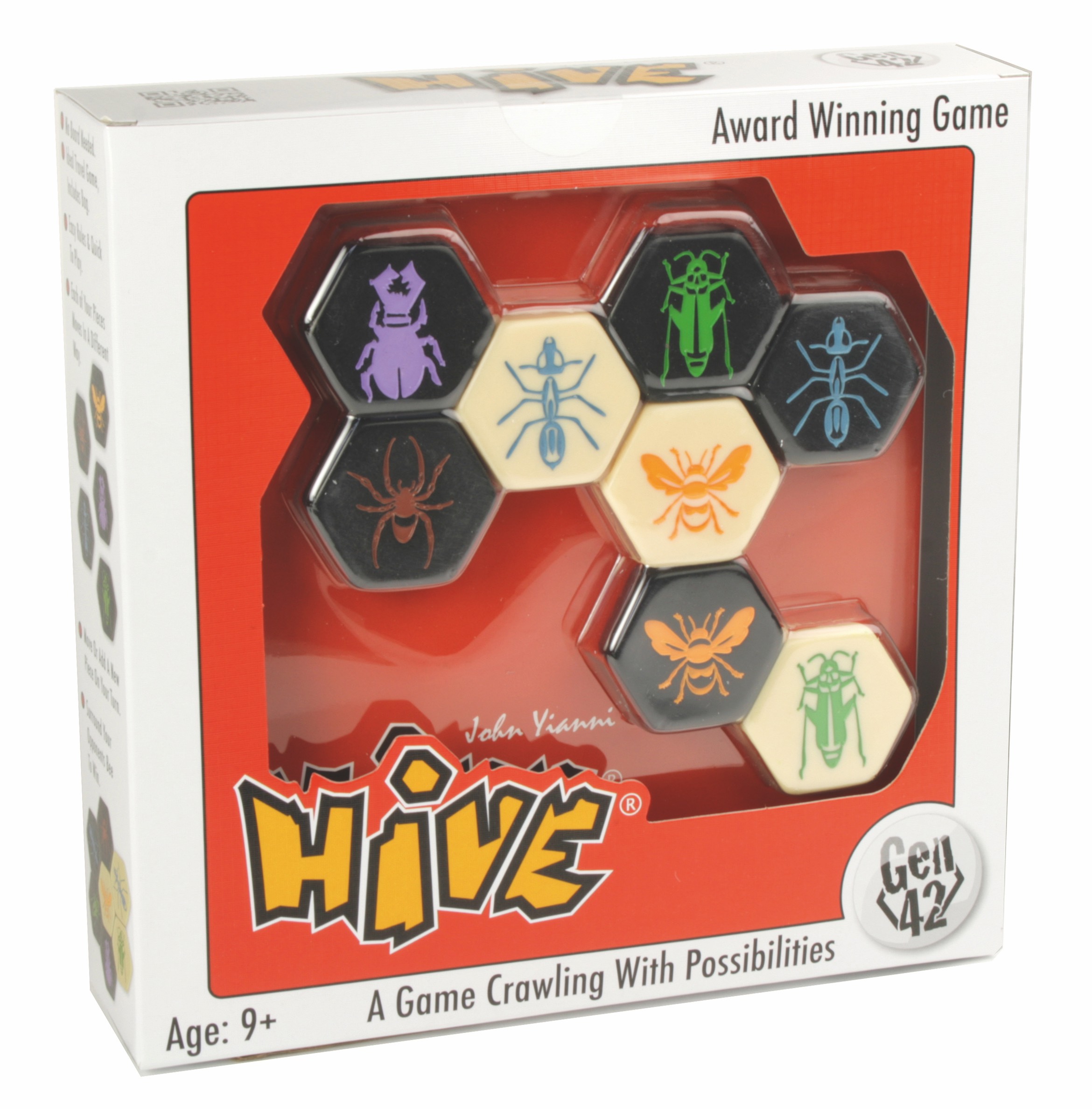 Hive is a game that makes the list for the same reason Azul does, with hexagonal tiles that lend well to an outside tabletop, or even an underwater one if pictures on BGG are to be believed. A simple two player game, it has no set up, launching you immediately into the game with your first tile placement. You’re going to be attempting to surround the opponent's Queen, whilst defending your own, all whilst probably trying to keep the real life bumblebees from snaring your picnic sandwiches.

Pick up Hive by clicking here 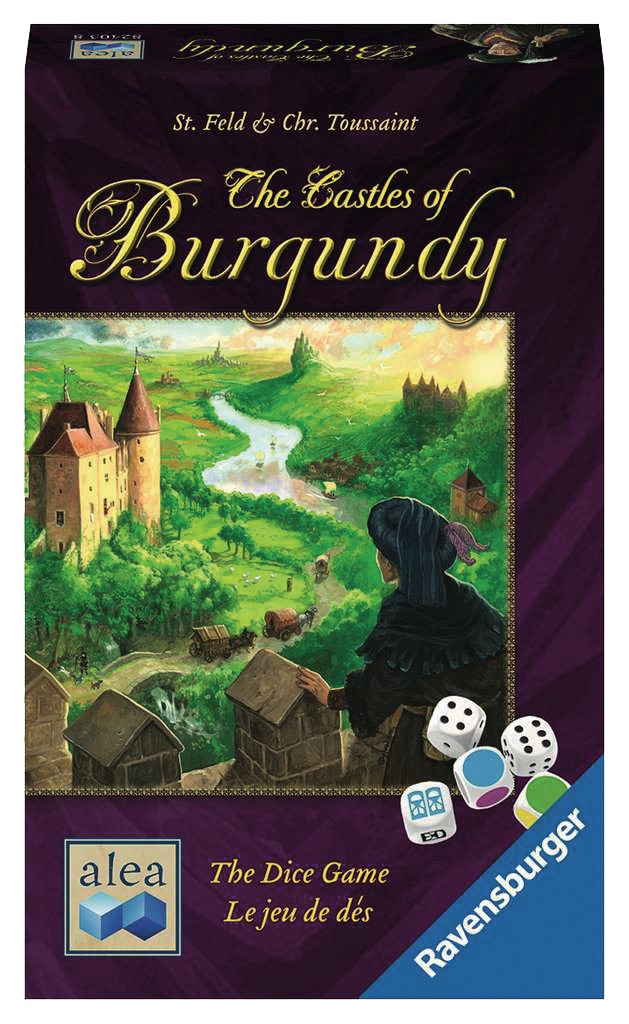 If you’re looking for a quieter game that’s slightly heavier than the ones that have so far preceded it, The Castles of Burgundy Dice Game may be more your jam. Designed by Christoph Toussaint, and the highly acclaimed Stefan Feld, this is a roll and write version of Castles of Burgundy. Roll and writes are great games to play outside, given the lack of components. You’ll simply need the dice, and your own score sheets and pencils to fill in your game. It perhaps makes for less physical interaction, but depending on the states of lockdown, that may be of benefit, plus if one player opts to roll, then the others require no additional component touching.

Keep your tabletop rolling with Castles of Burgundy Dice Game 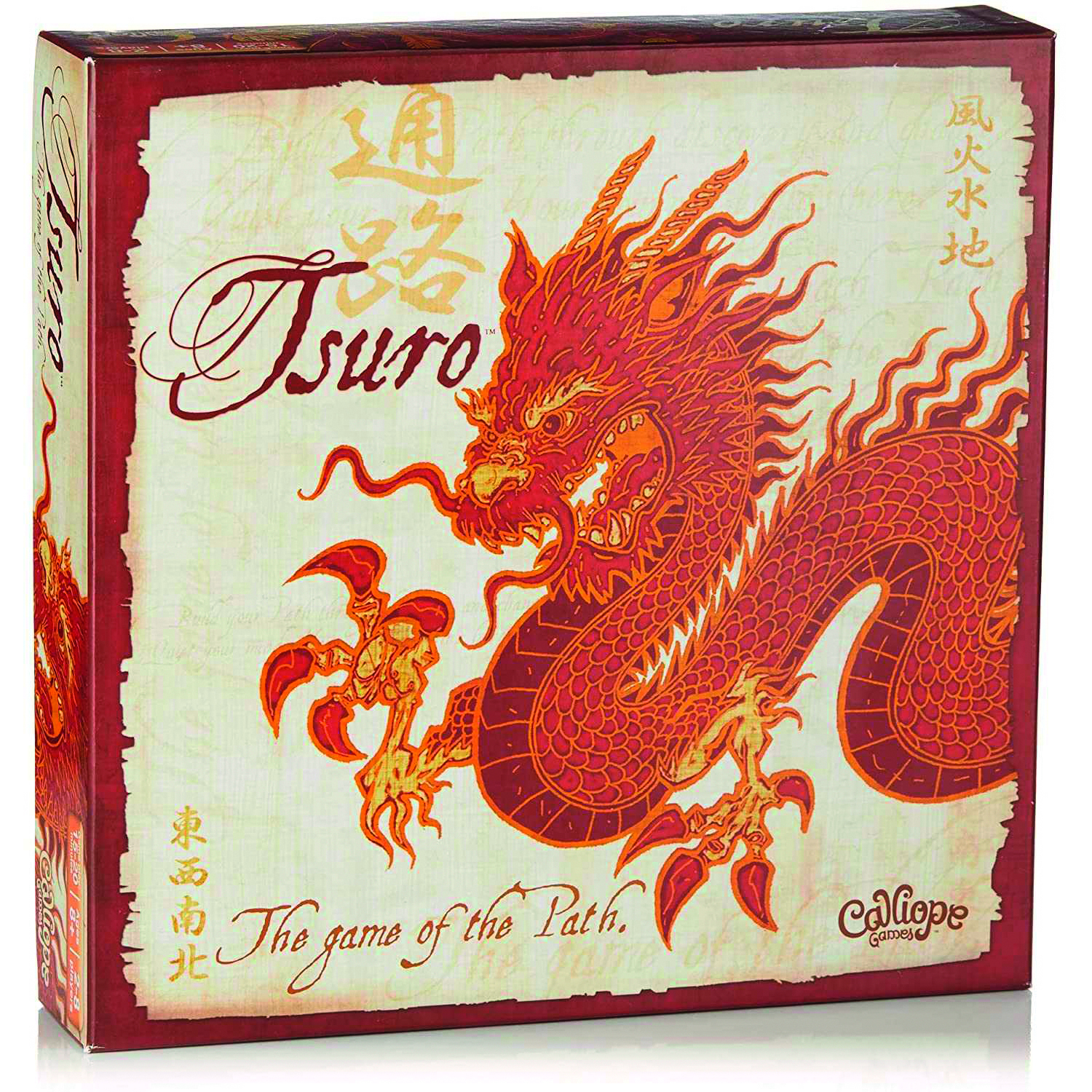 Tsuro is a tile based game, with gorgeous dragon art work, where you’ll be trying to lay a path using the tiles in your hand. In short, you’re trying to remain on the board whilst your opponent seeks to force you down other roads, in the hope of continuing forward themselves. Given its component based gameplay, this would fit well on any even surface outside the house, whilst offering you the chance to gain ultimate wisdom in the roads you take, because I’m pretty sure you can’t find that on
google maps.

Stay on the table with Tsuro 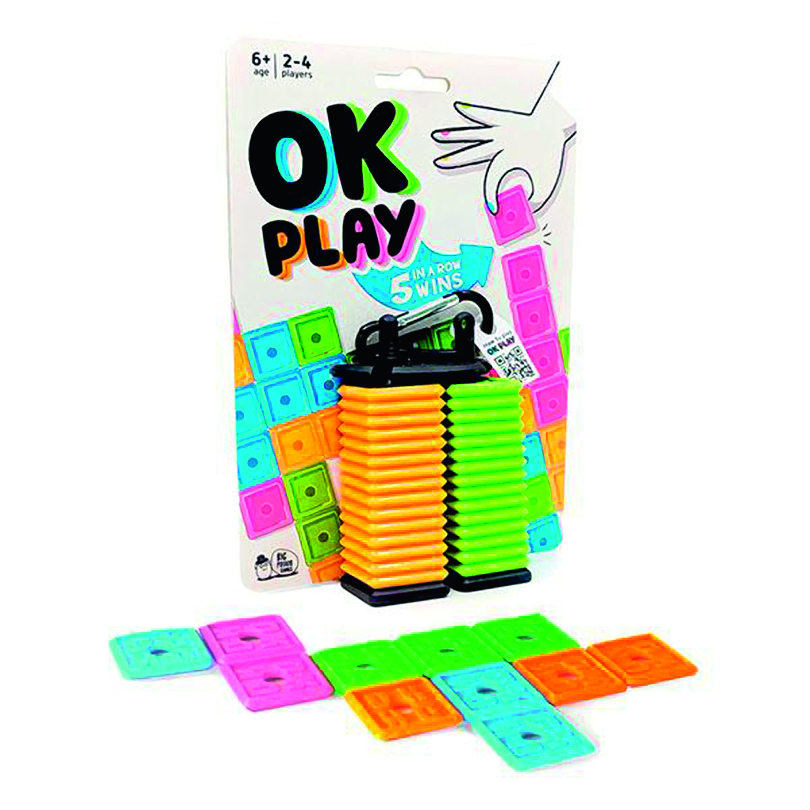 OK Play, or sometimes known as Cinco Linko, is a physically small game that’s easy to pick up and take into the great outdoors with. Each player gets their own tiles, and the aim of the game is to make a line of five tiles in your colour. Sound familiar to the old Connect Four game? Sure, but we all know that simple games are great ones to have in your arsenal, and this one can be played across any flat surface, and is delightfully easy to pick up for all. Keep this in your bag for whenever the sunshine makes an appearance. 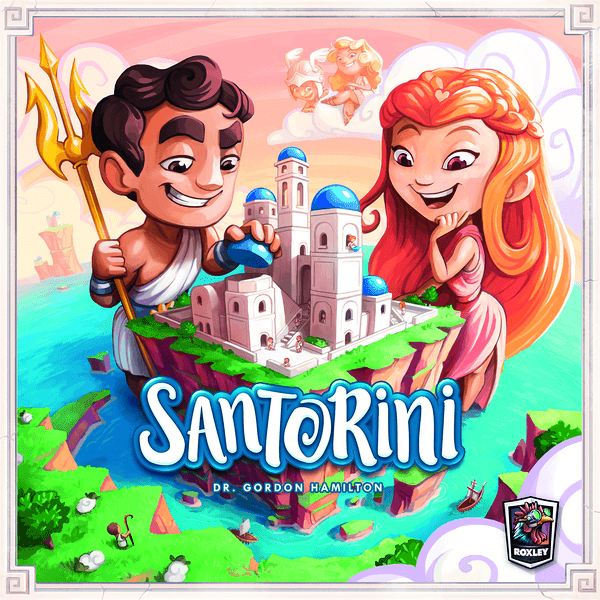 Not only does this let us close our eyes and imagine ourselves on a Greek Island (singing ABBA songs is optional), but Santorini is a game that withstands the outside world easily. Admittedly, it offers a larger box than those recommended within this list, making it less easy to bring with you on say, a picnic, but is arguably worth the bag real estate it takes up. In Santorini, you race to create a three storey domed structure, using your turn simply to move or build. Whilst the cards (for gods) are a flight risk, you’ll only need these for reference. 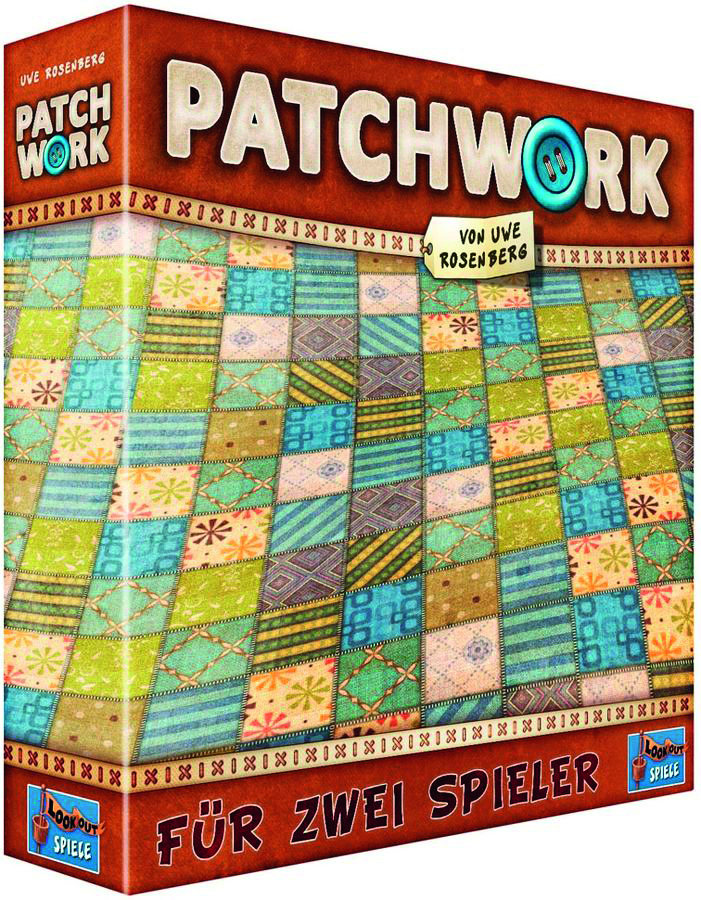 Whilst you could easily sub in Patchwork Doodle for a larger player base, being wary of the cards in mildly inclement weather, the original Patchwork sees you filling in your quilts to create beautiful (and high point scoring) patterns. Each turn you’ll lay down your piece in a surprisingly competitive given the theme game that holds enough weight to lay steadily outside. Plus, creating a quilt will go some way to mentally protecting you against the inevitable drop in temperature, so can only be a good thing.

Pick up your copy of Patchwork by clicking here

Enjoy this list? Check out just a few of our other lists below

This article originally appeared in issue 54 of Tabletop Gaming. Pick up the latest issue of the UK's fastest-growing gaming magazine in print or digital here or subscribe to make sure you never miss another issue.