Tabletop Gaming’s 10 Best Games of the Year 2017: This War of Mine and Twilight Imperium This War of Mine and Twilight Imperium

Michał Oracz and Jakub Wisniewski’s This War of Mine: The Board Game is a remarkable achievement. There’s no denying its claim to being one of 2017’s most notable games.

Set during the Siege of Sarajevo, the game – an adaption of 11 Bit Studios’ video game – stands out for the depth of its storytelling, its artistic vision and the unsettling nature of the choices with which players are faced.

What’s most striking perhaps is the compelling marriage of the game’s ‘emergent’ mechanics with its civilian-survivor theme. Uncertainty is built into both, as player-survivors contend with the game’s unknown and uncompromising environment. For those used to games with easily-quantifiable outcomes and clearly laid out routes to victory, the game will be a (possibly stressful) revelation.

Despite a couple of niggles (its long setup time and the occasionally frenetic cross-referencing), This War of Mine: The Board Game pushes the boundaries of what tabletop games – and indeed play – are capable of, offering an experience that you’d be hard pressed to find anywhere else. 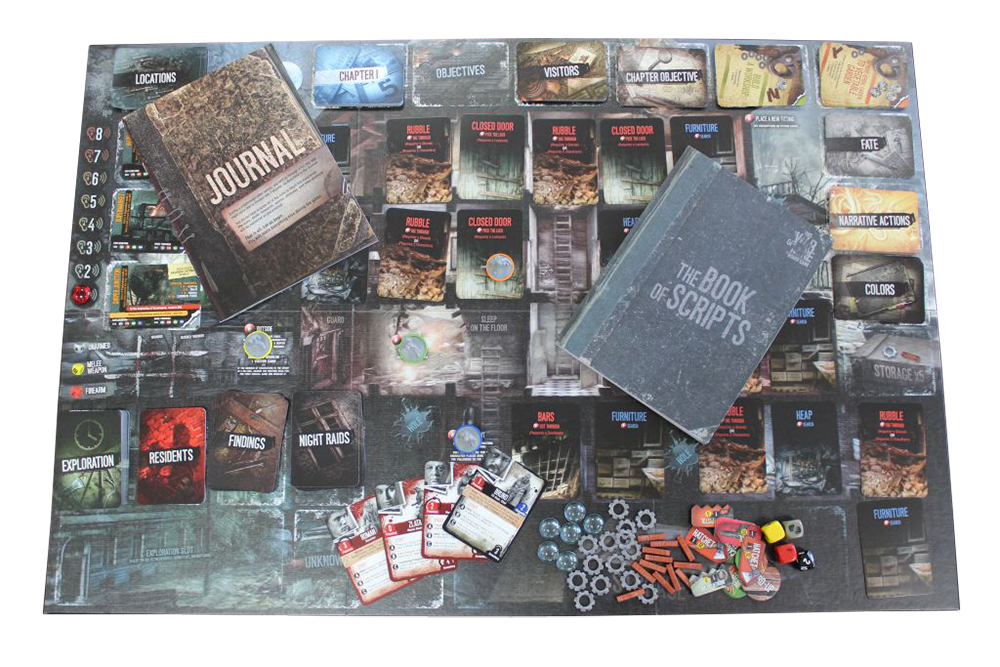 20 years after Christian T. Petersen’s table-filling space blockbuster made its debut, there’s still nothing quite like it on the tabletop. Grand, absurd, genius, flawed and frustrating in equal measure, it’s a game so long that it’s often hard to find the time to play it, but lands with such a crowd-pleasing bang that it’s impossible not to admire.

This year’s Fourth Edition may very well be the best iteration yet, trimming down the last iteration’s excesses to minimise the difficulty of learning how to set forth into the galaxy with your space empire and reducing the time needed to play to a more reasonable (if still epic) length, while still managing to cram in 17 unique alien races and countless interlocking gameplay factors – from politics and conflict to exploration and economy – that bring the universe to life.

The small but significant changes, such as encouraging more interaction between factions and re-establishing Mecatol Rex as a political powerhouse to be battled over – mean that the social elements of trading, bribing and warring that have long been the game’s best aspects can come to the fore even further, opening up the expansive cosmic sandbox for players to craft stories that will stay memorable for years to come.

This is just part of our 2017 Game of the Year countdown in the December 2017 issue of Tabletop Gaming. To read the full feature, including more special awards and the top releases of the year as chosen by designers of games including Scythe, Sushi Go!, 7 Wonders Duel, Fiasco, Santorini and more, pick up a copy of the magazine in print or digital.