RollVsEvil: Chris Birch Talks How we can Take the Fight from Tabletop to Real Life, and Why it's so Important And you can join in this Saturday and beyond

“Why fight evil on tabletop, if you don’t fight it in the real world?” asks RollVsEvil, the new organisation seeking to fight social injustices through tabletop means. Announced only yesterday, it’s an exciting prospect, asking gamers to mobilise and (nicely) monetise their efforts, raising funds that are distributed to small groups and charities working on the ground. It launched with its first campaign, designed to support the people of Ukraine, and we spoke to Chris Birch, co-founder (alongside Rita Birch) of Modiphius, about this new venture of gaming for good.

Motivated by a deep sense of social justice, (and, if rumours are to be believed, an impulse idea at Game Manufacturers Association meet last week that scaled immediately and manifested into what it is now  – “within a day I’d spoken to pretty much every company at the show and brought forward our plan to launch RollVsEvil”), Chris explained that concern arose at the brutal crackdown on peaceful protests in last year’s elections in Belarus, where Rita is from.

It “drove us to consider how we could have an impact on real-world evil” he explains. “A few years back I was invited to take part in a charity conference led by A21 on human trafficking and was surprised to find out it’s the world’s third largest criminal activity, and that there are more people physically in chains than at any other time in human history, even than during the slave trade.” 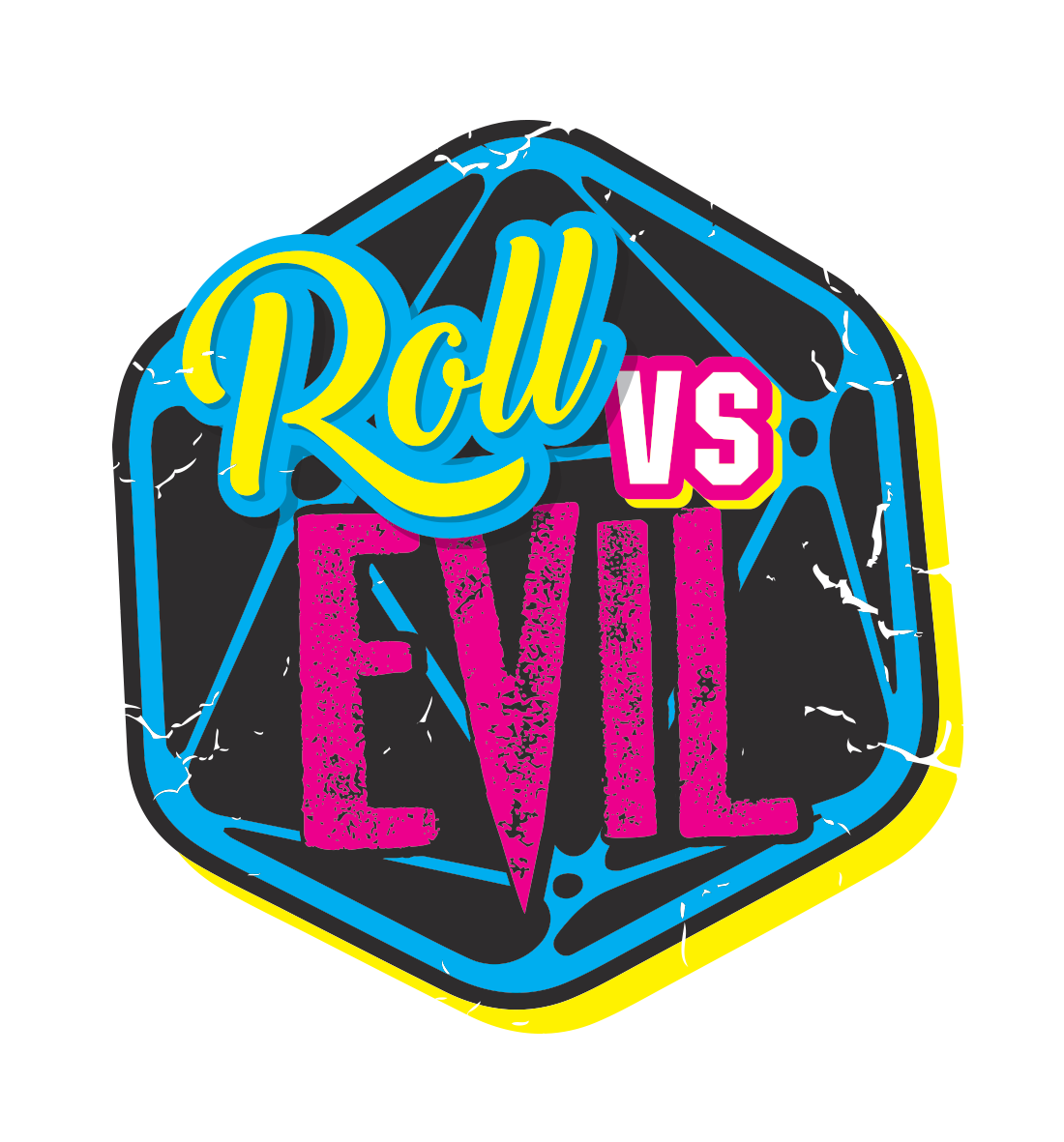 It’s a drive to prevent this that’s evident in the list of charities or groups that will benefit from RollVsEvil amongst its first campaign, as that same A21 are working with Ukrainian Police to aid with warnings, screenings, training and more as human trafficking is exacerbated by the current situation, and all too easy for vulnerable people to be trapped into.

“RollVsEvil was conceived to combat human trafficking where you can really point at someone and say yep, they’re evil, they’re destroying people’s lives, but with the invasion of Ukraine, we saw the people were suffering so much and decided to fast track our efforts - because evil human traffickers are grabbing people at the border, and so many innocents are suffering from the war and that was enough.”

“I already knew A21” Birch explains, when we ask more about how who will benefit from the donations. “They’re one of the few organisations working right on the frontlines with the borders against the traffickers, others were groups who wouldn’t normally get funding. The Red Cross and others are doing amazing work but many fall through the gaps. One of our groups focuses on vulnerable LGBT, disabled, and seniors who can’t make it to train stations to evacuate.

“We have direct contacts with the hospitals in Lviv and Kyiv thanks to one of our Ukrainian friends and we’re getting them exactly the supplies they’re asking for. Meanwhile, Rita knows some Belarussians who fled the crackdowns there last year, and within a week they’d set up ICANHELP.HOST, which connected over 5000 people with homes across Europe with hundreds of Ukrainian families just looking for somewhere safe to stay now.”

The website is a common sight on groups in the UK, where the current entry to the UK visa requirements fast track homes with spaces that are able to name the Ukrainian family they can help, with those with who have no UK connections having to wait a yet indetermined amount of time.

“We just funded them to pay for the costs of adding another 7,000 hosts.” He says, and though he doesn’t specify, both Rita and Chris Birch and friends at Supernova Capital Linda and Paul Wedgwood have already raised $50,000 previously, through aspects such as Modiphius' PDF profits being directly donated, which likely contributed.

“We like seeing immediate results and knowing the money we’re donating have an impact tomorrow, this week, not in a month or so” And importantly, he goes on to explain that instead of high costs in marketing, or fundraising that are often associated with high level charity work, that sees donations funding areas like admin rather than those in need specifically, that Modiphius and friends are covering the running costs, meaning 100% of donations to RollVsEvil are going to the groups selected.

As for the how you can join, it’s rather simple, and somewhat inspired by Joseph McCullough, who created a charity game called Operation Last Train, where you’re rescuing civilians from aliens, but make a donation for everyone you rescue.

“It was truly inspiring, and it was this that made me think about connecting gaming and the fight against real-world evil. RollVsEvil was born!

“We want anyone to take part - it’s simple really, just agree to say you’ll all donate a dollar just for playing, but then do you fancy a sneaky re-roll - sure, pay some dollars, fancy re-drawing that card? Pay some dollars. Keep it simple and fun. At the end of the game, someone donates the cash or each of you goes to our Just Giving page to donate.”

Though the official time ascribed to it is this coming Saturday, 26th March 2022, there’s not a requirement fundraising only occurs at this time, because, in Chris Birch’s own words, “y’know, life.”

He goes on to explain that “you can take part anytime really - Saturday is our immediate focus but you could play Sunday, next week, next weekend - because the suffering isn’t going away soon and we can be there to help a lot of people over the coming weeks and take down some of the bad guys trying to traffick people at the borders”

And with that, anyone can play. “Literally any gamers can take part - whether old, traditional, euro games, RPGs, card games, bowls, skittles, hopscotch, we don’t care. you could be playing Monopoly with your gran, a game of poker with your mates, a session of D&D on Twitch, playing Ticket to Ride after dinner, a few rounds of Magic, or facing chaos in Warhammer 40k.”

Plus, those who are taking part in adventures using Roll20 (or may be inclined to) are able to pick up a free pack to help with taking part, which began as a simple conversation and offer. 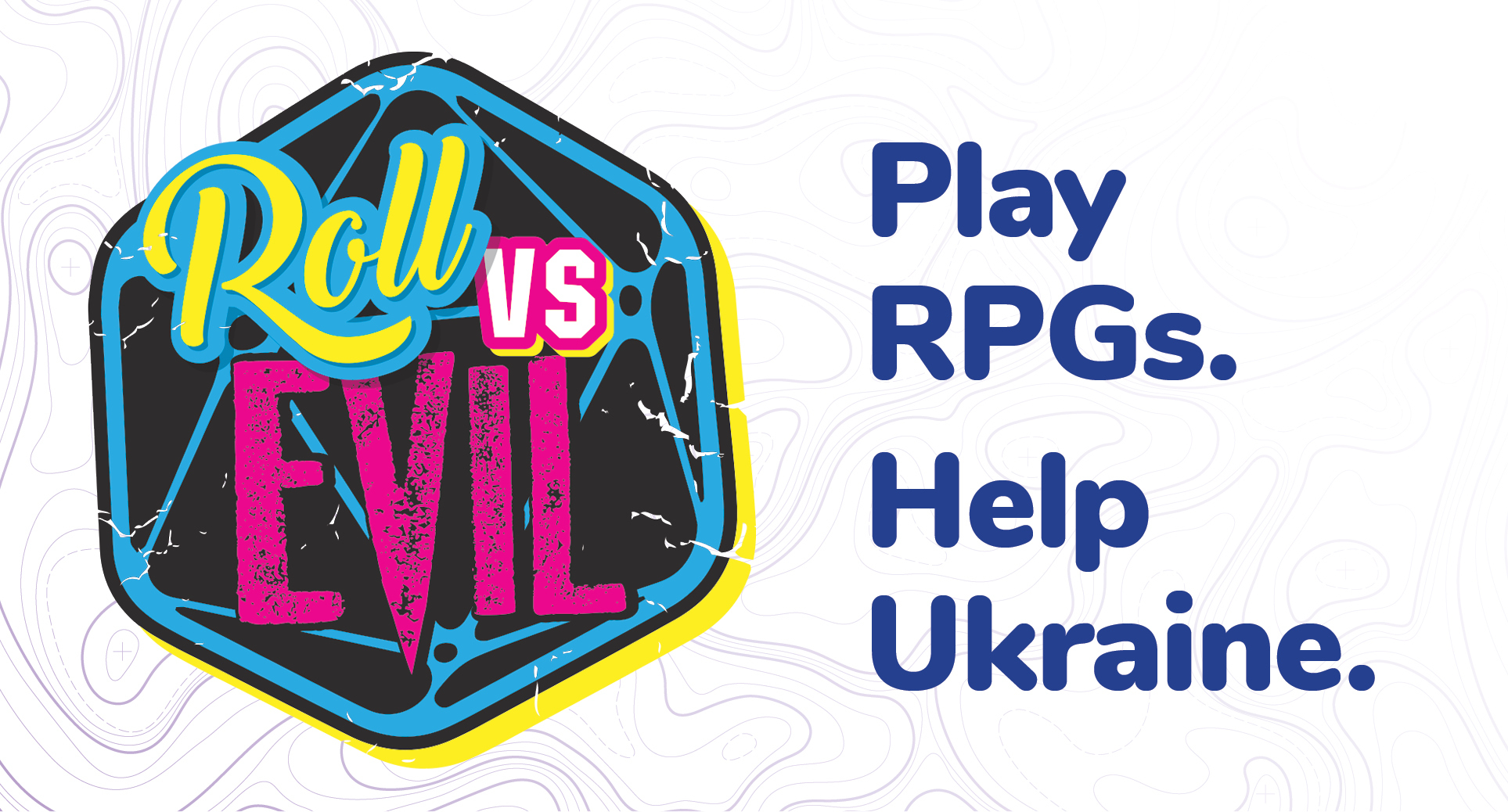 “I was talking to Dean and the crew at Roll20 at the GAMA tabletop trade show. We were talking about Ukraine and our initial work raising $50k and they said, ‘how can we help’. Well, on the spur of the moment, I asked if they could get this in front of their 10 million people. Roll20 put their streaming show together fast for this weekend and that’s all down to them!”

The stream in question will run on March 25th (tomorrow) at 8pm EDT (midnight UK time), which will celebrate the launch of RollVsEvil, with the GM Anthony Joyce-Rivera, a D&D 5E designer and co-host of the Return to EverQuest Podcast, with players from Transplanar RPG, in a two hour session of The Monster of Wonderia, set in the Feywild

The goal of course, being to raise as much funds and awareness as possible, with a target of £100,000, as this will be matched by the aforementioned Linda and Paul Wedgwood of Supernova Capital, but any excess will only offer more good.

“The suffering isn’t going to stop even when the war ends,” Birch says realistically, and the campaign will run for an indetermined length of time. However, with this central mobilisation of gamers, and motivation to turn gaming into good, we’ve got a chance at making a difference, whilst doing what we love. RollVsEvil will continue in the future, perhaps with new campaigns, and offering structure for us to make a difference.

It's not often we end an interview with a quote from someone other than the interviewee, but we ask Birch if there’s anything he wants to add, to which he responds with the words of Bob Geldof on the BBC at Live Aid – “Don't go to the pub tonight, please. Stay in and give us the money. There are people dying now so gimme the money!”

“With his words in your head” Birch ends with a laugh, “Get those games out and play some games!”

You can find more information on RollVsEvil and the organisations it's supporting, on the RollVsEvil website.