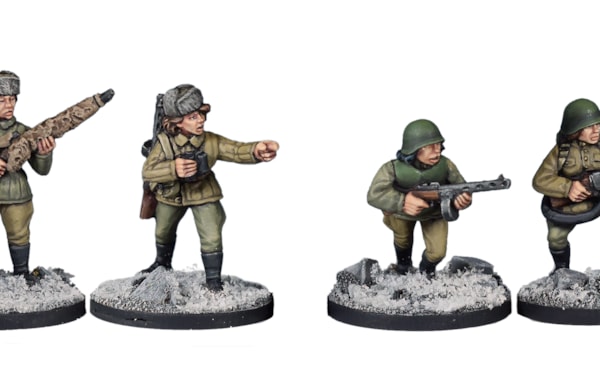 Gender is something that’s become something of a hot-button issue recently, and many areas have seen a concerted push towards wider female representation. As geekdom has gone from a niche sub-culture to the front and centre of mainstream pop culture, the world of wargaming has likewise seen a revival even as digital replaces analog in other spheres. As in every other walk of life, however, greater attention brings with it both greater degrees of change and scrutiny. Now, one gamer has taken it upon herself to increase the presence of women both on the tabletop and within the gaming community itself.

Just to introduce yourself to our readers, can you tell us a bit about yourself? 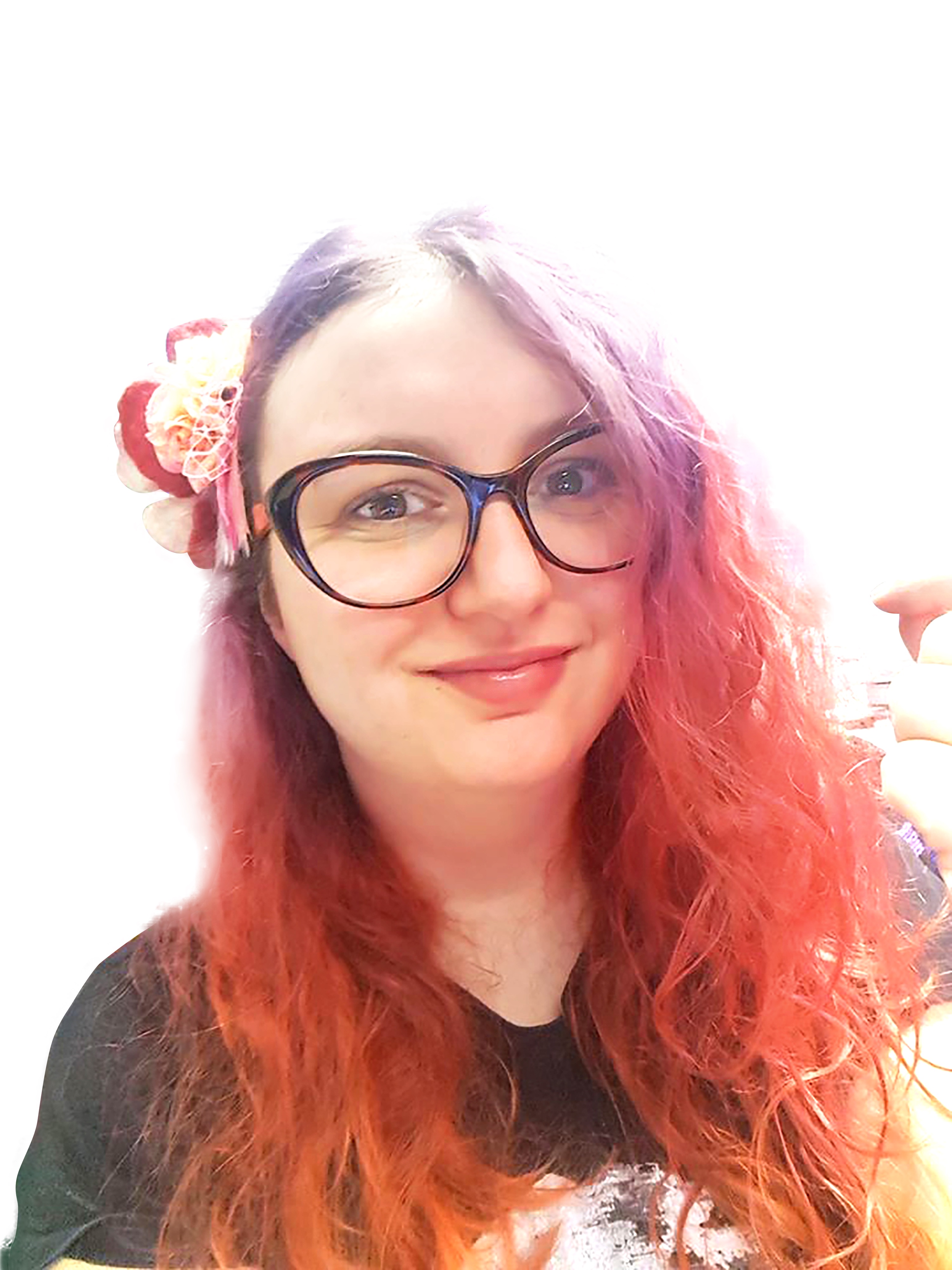 Hi! I originally started in 2010 as the Dice Bag Lady, a company-of-one making hand- made dice bags. As is the case with these stories, I started out by just making some for friends, then some more for people I’d met at various tournaments, and before I knew it, I was getting orders from all over the world. Eventually, my wrists stopped working because I’d made so many bags, so instead, I tried giving miniatures a punt with Bad Squiddo.

We’ve grown pretty quickly since then, stocking what I call ‘believable female miniatures’, and we’re now at the point we can totally focus on manufacturing our own figures.

Can you explain why you chose to focus only on female miniatures?

So back when I was doing the dice bags I was quite active on social media, and one of the things I’d talk/rant quite a bit about was the lack of choice when it came to representing women on the tabletop. It was pretty much when my wrists stopped working that I thought I’d do something about it. I think I’d really found out that about this dearth when I transitioned to historical wargaming – having played an undead skeleton army for Warhammer Fantasy Battles, gender balance hadn’t really been the sort of thing I’d noticed before! [To quote Terry Pratchett; I guess you’d have to look at the hip bones to tell? James]

When I got into Saga, I’d been watching the Vikings TV show and it had sort of made me go, ‘ah, I’d really like to have some Shield Maidens ‘cos they’d look really cool.’ So I did what you usually do in that situation and jumped onto Google to search for some. It kind of blew my mind that I couldn’t find any miniatures that were just women in mail and tunics; most of them were your ‘80s fantasy fare with metal bikinis and other such dodginess.

It was one of those moments where when you see something for the first time you start noticing so much more stuff that you hadn’t before. I went and looked at the other common historical settings and realised there weren’t many female miniatures in them, either, so it was from there that I decided to change things. 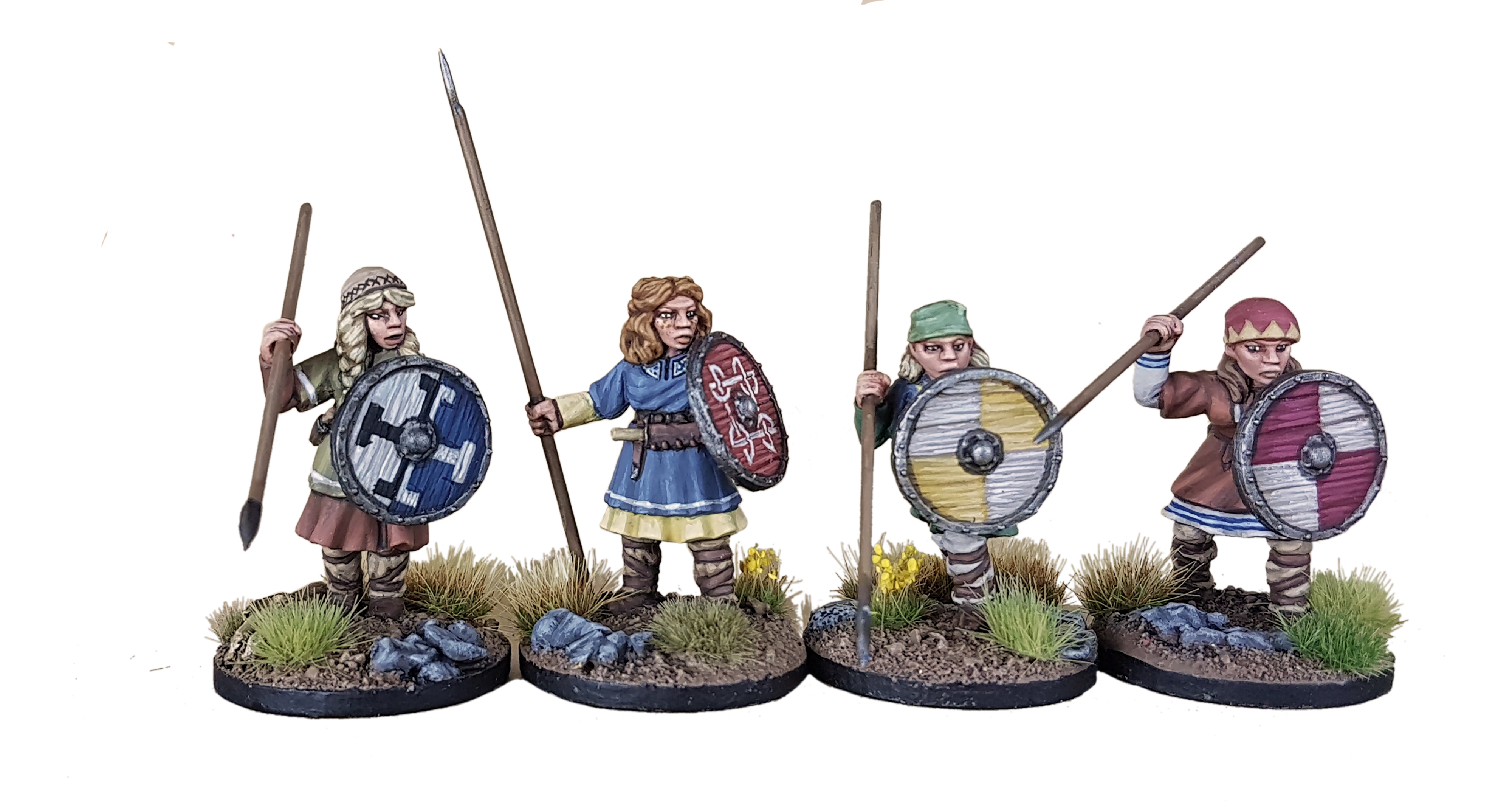 Wargaming has traditionally been seen as heavily male-centric. What do you think gender representation is like in the hobby?

My answer’s somewhat mixed because it’s quite an open question. On the one hand, there’s the issue of representing women in wargames themselves, and on the other, there’s the question of women in the gaming community generally. When I was younger I couldn’t see any women in the hobby; I now know that they were there, but the visibility was certainly poor. The only female hobbyist I knew was a sculptor who worked at Games Workshop, but that was it. Later, I’d been looking through an edition of White Dwarf and had seen another woman there as well, and I’d been really excited just to see someone you could relate to in that sort of sense.

Nowadays I think it’s getting better, but I think it’s more a question of visibility than strictly a numbers thing – women have always been in the hobby, but people have just tended to assume they weren’t there. It’s one of the reasons I try to chuck my face onto stuff like my website, so people can see there really is a woman behind it. I think there's also been a change on the miniatures side of things,and I like to think I can take a little bit of credit on that side myself!

Back when I started Bad Squiddo there were other companies that specialised in doing female-only ranges, but they all did sexy pinup miniatures and nothing but sexy pinup miniatures. That’s not to say that there weren’t other companies that did realistic female ranges – it’s just that these weren’t their main focus and there definitely weren’t all that many of them. Overall, though, I think things are getting better as time goes along.

How have people reacted to Bad Squiddo so far?

When I started I had a lot of sarcastic comments, but in general it’s been a whole lot better than I’d imagined. In the early days I did find it really disheartening when people were putting the company down and saying what I was doing was unnecessary, and I still do get gyp. Mostly though, I’ve just learned not to dwell on
it. The first show I did was Salute and that was sort of the major test for me; if you can do it there you can do it anywhere.

The amount of the people who came up to me to shake my hand and tell. me they liked what I was doing was really encouraging: I had people saying 'this is amazing!' and 'I've been waiting for this for 30 years!' and that sort of thing. Saying that, I did have a guy a couple of years ago who started shouting in my face about how much he didn’t like the company so yeah, there are some awful people out there and they’ll probably always be some awful people, but they’re massively outweighed by all those folks giving encouragement.

Lastly, what do you think people can do to make the hobby more inclusive?

It’s a question that’s often been asked so I’ve ended up giving it quite a bit of thought. There’s people out there who often ask, ‘what can we do to actively target women and bring them into the hobby?’ I think that’s kind of a difficult question because it suggests that women are an utterly different species that require a whole different set of rules and norms.

Instead I think it’s more just about not actively discouraging women, as they’d just naturally fall into the hobby the same as anyone else. I think it’s also a matter of just calling out horrible behaviour when you see it, especially when it’s online, though that’s just something that would make the gaming community a better place for everyone anyway.

This article originally appeared in issue 433 of Miniature Wargames. You can pick up your issue of the magazine here or subscribe to make sure you never miss another issue.