3 of the most horrifying miniatures inspired by H. P. Lovecraft H.P. Lovecraft, the early 20th Century horror writer responsible the Cthulhu Mythos and other assorted nightmarish cosmic entities, has become something of a patron saint of geekdom these days.

As nerd culture has moved into the limelight of mainstream pop culture, more and more people are being exposed to the works of the bookish New Englander, though his influence in the world of tabletop gaming already has a long and venerable history. There’s the Call of Cthulhu RPG, of course, but monsters inspired by Lovecraft have also been immortalised in miniature form for a goodly number of years.

It’d be too easy to simply list off miniatures based on creatures straight from Lovecraft’s writings, however, so instead, we’ll take a look at those miniatures that clearly draw from his Mythos without being a part of it. We’ve selected just three here, though there are certainly many, many others. 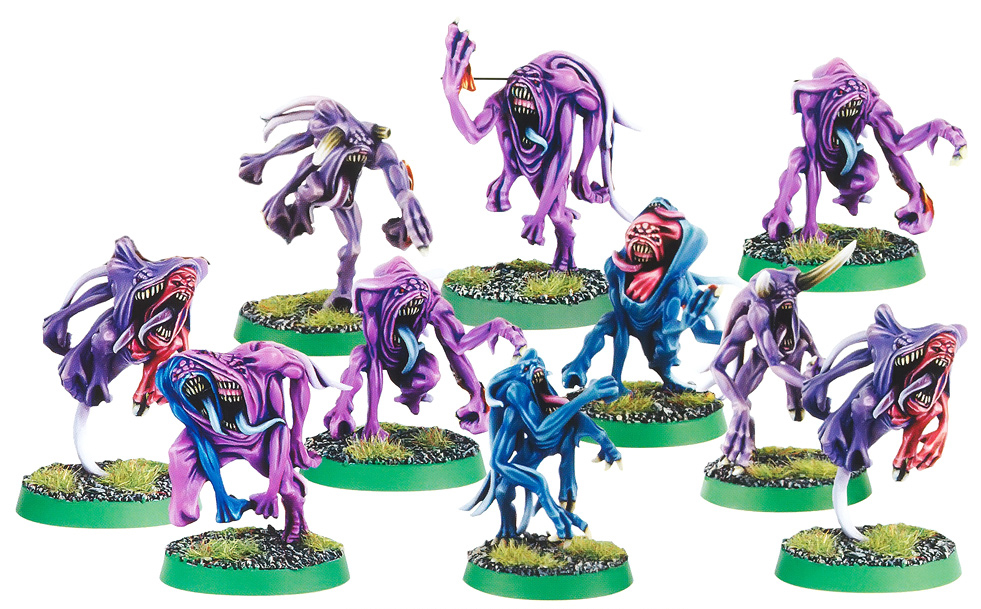 A sculptor who worked for Games Workshop for 16 years, Juan Diaz is a talented miniatures artist responsible for a number of classic Warhammer and Warhammer 40,000 sculpts. But if there’s one range that stands out from all his other work – at least in the opinion of your humble writer – it’s the line of Chaos Daemons he did in the early 2000s. Responsible for updating the range on the tabletop, Diaz moved away from the characterful look established for Chaos by Ian Miller and made the daemons more… well, demonic.

The range included the Horrors of Tzeentch, Daemons who, in the fluff, came in pink and blue varieties. Pink Horrors would, upon being struck, split themselves into two smaller blue horrors: a feature that the latest iteration of the creatures has re-incorporated into the rules. Diaz’s interpretation of this was to sculpt Horrors ripping themselves apart as they formed and reformed; each miniature is a horrible amalgamation of gangly limbs and fanged mouths. There’s a great sense of movement in each figure, and the suggestion of a constantly changing form definitely channels Lovecraft’s description of the protoplasmic Shoggoths from The Mountains of Madness. 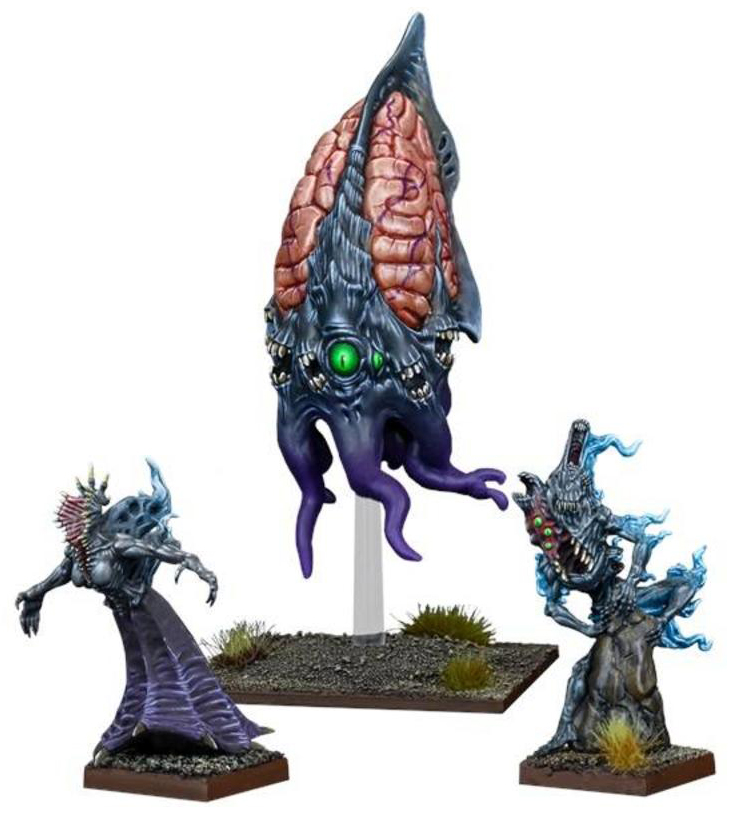 A*very* new entrant to the line of Lovecraftian-inspired miniatures, the Mindscreech is one of Mantic Games’ new Nightstalker Faction, of which – shameless plug here – you can find an interview about in this month’s Miniature Wargames. Along with Giger’s Alien and Clive Barker, Lovecraft was cited as a major source of inspiration for the visual design of the creatures. I’ve chosen the Mindscreetch here because there’s something about it that suggests an intelligence utterly alien to our own – maybe it’s the brain that’s several times the size of a human!

1. Abominations and Avatars, The Others: 7 Sins (Cool Mini Or Not) 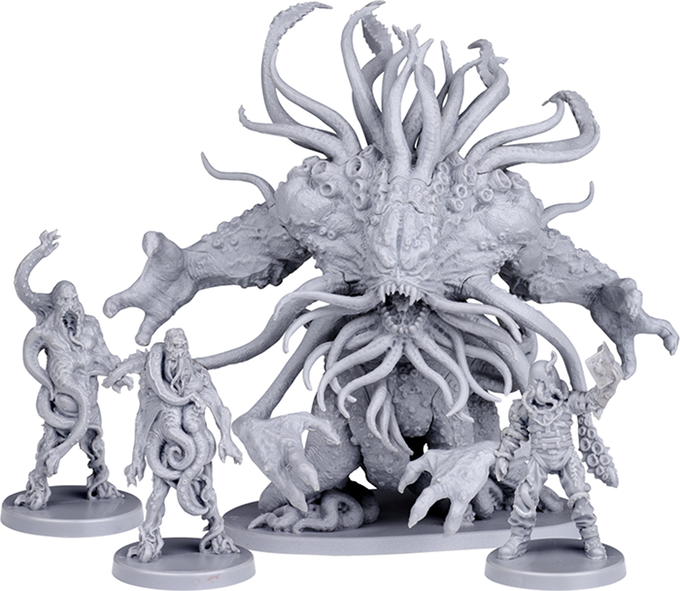 So admittedly this one is a bit of a cop-out, since it’s not so much a single miniature as it is an entire range.

The Others: 7 Sins was a project started by CMON and kickstarted in 2015. In this world, demonic forces from beyond the walls of our reality are locked in a struggle with humanity for control over the earth. The board game features monstrous incarnations of the titular seven sins, with each representation brought to life through designs from the talented artist Adrian Smith.

Each sin has an avatar, a controller and several minions, and every one is a feast for the eyes, channeling both the icky-squicky body horror that Smith’s work often evokes and a quintessentially Lovecraftian abundance of tentacles, which, for better or worse, seem to have become the basic visual shorthand for evoking the author’s own brand of horror.