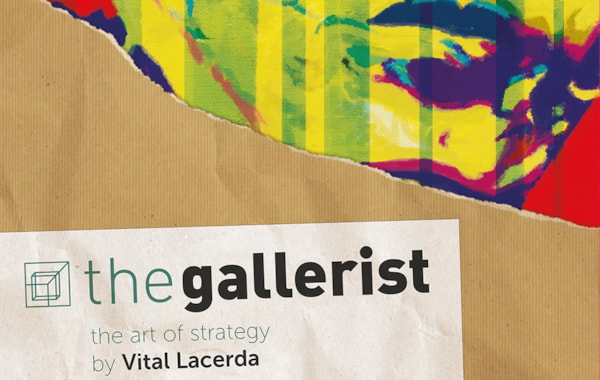 Has Thomas Pike discovered the gaming equivalent of a Banksy or is it more like some rude graffiti in the gents toilet?

In the latest game from Vinhos and CO2 designer Vital Lacerda, you play the role of a Gallerist – part art dealer, part museum curator, part artist’s manager. Each player has the privilege of looking after their very own high-end gallery, competing to buy, display and sell the works of newly discovered artists (ideally at the height of their fame) in order to attract visitors and ultimately make as much money as possible. As with most of Vital’s games it carries an admirably original theme, but like so many things in the world of art it is very much an acquired taste.

It has to be said from the outset that this game rates very highly on the complexity scale. Despites its Portuguese designer and American publisher, it has its roots firmly planted in what is traditionally referred to as the German style. It’s a heads-down, long winded, strategic crunch of a game rather than one which allows players to sit back, sip wine and discuss.

Gameplay involves a mixture of worker placement, set collecting and speculation. The rulebook does a very good job of condensing the more fiddly elements into something manageable, but to say there is a lot of set-up and learning to do beforehand would be a masterpiece of understatement. The game footprint is also enormous – something which will come as no surprise to anyone familiar the Eagle-Gryphon range, but with a play time of two hours plus the Gallerist is certainly not a game to be undertaken lightly.

On your turn, you must move the pawn representing your Gallerist to one of four major locations on the board, each of which can only hold 1 Gallerist at a time. At each of these destinations a choice of two actions is available: The Artists’ Colony is where artists are discovered and where their works can be purchased; The Media Centre offers the chance to promote those artists to increase their fame (and thereby the value of their work); The Sales Office is the place to draw up contracts and sell works of art, and finally the International Market is where your personal reputation is showcased and where auctions take place at the end of the game.

Once an artist has been discovered by a visit to the Colony, their starting fame level dictates the initial value of their work. From this starting level, fame will increase whenever their art is bought or sold by the players. Each artist only has enough inspiration to have two works of art in play at any one time, but with enough exposure they can rise to celebrity status and command the highest prices – putting a big smile on the face of the player who wisely held on to one of their cheap, early commissions. 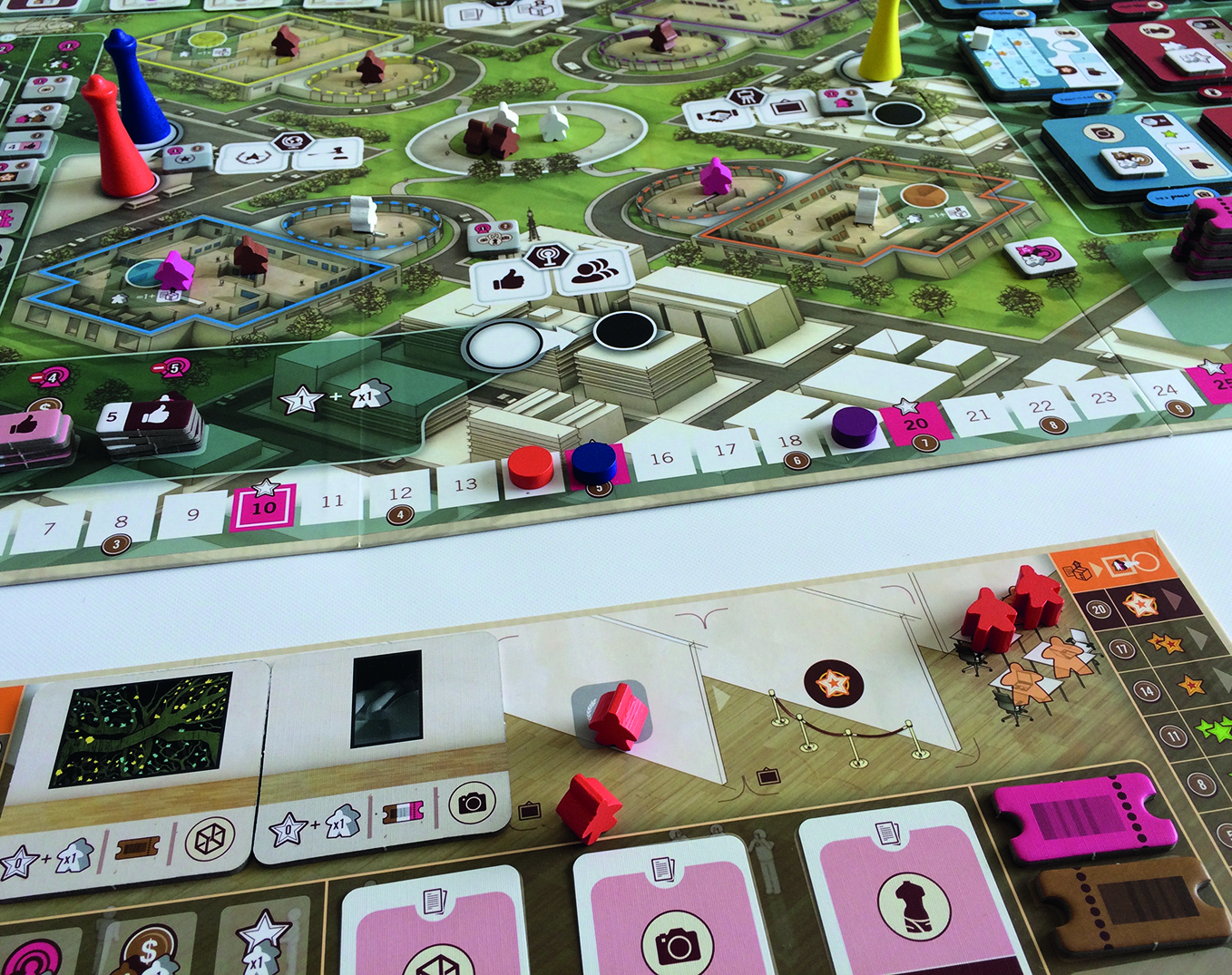 In what is perhaps a cynical nod to the ‘business’ of art, most actions require money or influence to carry out and players will find themselves in a constant battle to manage their store of each. In the early game it can be all too easy to blow your cash on worthless paintings and quickly run out of steam. Long term plans and wise choices must be made from the start to keep your mini economy ticking over. Attracting different types of visitor to your gallery can help keep you afloat - with investors providing a financial boost from time to time and VIPs increasing your personal influence. However, attracting these is yet another challenge since the other players will be trying to lure them away with their own collections.

One of the most interesting aspects of the game is that most of your actions have an impact on the other players. Buying the work of an artist might inadvertently increase the value of another player’s collection. Selling a piece might release just the work of art another player was waiting for. What’s more, every time you move your gallerist you have the option to leave behind one of your limited pool of assistants. Then, the next time any player moves to that location you will have the option to take an extra, out of turn action – very powerful at the right moment, and a useful tool to make your opponents think twice.

A real effort has been made to blend the mechanical workings into the theme and broadly speaking it works. When you sell a work of art, for example, not only do you remove that work from its location on the wall of your gallery-board but you must also remove one of your visitors - representing that they have literally walked out with it. Three very cute miniature wooden easels are also included to display renowned works of art - a nice thematic touch, which does nothing more than add to the overall immersion.

Disappointingly, for a game about the world of art the board is surprisingly ugly and cluttered, with colour choices and layout decisions leaving a lot to be desired. What’s more, all of the emphasis is on making money and increasing fame rather than focusing the works of art themselves, so anyone with a real passion in this field may not find what they are looking for.

While the wider concept of what you have to do in this game is pretty straight forward and intuitive (buy low, sell high, hoard money) the mechanical roadblocks and strategic prowess needed to pull it off make it just a shade less approachable than it needs to be. While there is nothing wrong with complexity in a game, it must be accompanied by two things – administrative elegance and a satisfying pay-off. Sadly, I think the Gallerist offers neither, with too many fiddly layers getting in the way of the fun. It is something of a mechanical marvel but only likely to find a place in the collection of the most ardent aficionado.

You’ll be at home with the theme, the worker placement and the German style engine, and The Gallerist might just be the step-up in depth you are looking for.

In each player colour (orange, blue, yellow and purple):

This review originally appeared in Issue 6 of Tabletop Gaming. Pick up the latest issue of the UK's fastest-growing gaming magazine in print or digital here or subscribe to make sure you never miss another issue.