Early man gets the worm

It can’t have been easy being a cave-dwelling early human. Between ravenous beasts, scarcity of food and the total lack of Netflix, life must have been a constant struggle.

Co-op card game Paleo aims to transport you and your friends back to these murky days of prehistory, casting you as a tribe of hunter-gatherers battling against the odds to survive in a hostile world. And while at its core it’s simple and straightforward, what really stands out is the way it demands coordination and cohesion, with a firm focus on group discussion and collective decisions.

The game revolves around a set of cards, each representing a different event in the life of your tribe. Before you begin, you’ll divide them among players to give each of your tribemates their own deck. Every round represents a single day, and you’ll each choose cards from your hand to play into the centre of the table, making up a series of incidents, accidents and adventures to work your way through together.

The clever bit, though, is that you won’t get to look at the cards before you play them. Instead, they come with different designs on their reverse sides showing a variety of in-game environments like leafy forests or rocky mountains. Different locations come with different risks to navigate and rewards to claim, offering you the chance to pick up valuable resources and develop new tools and technologies. But until you all choose and simultaneously reveal your cards for the round, you’ll never be sure what fate is going to throw at you. 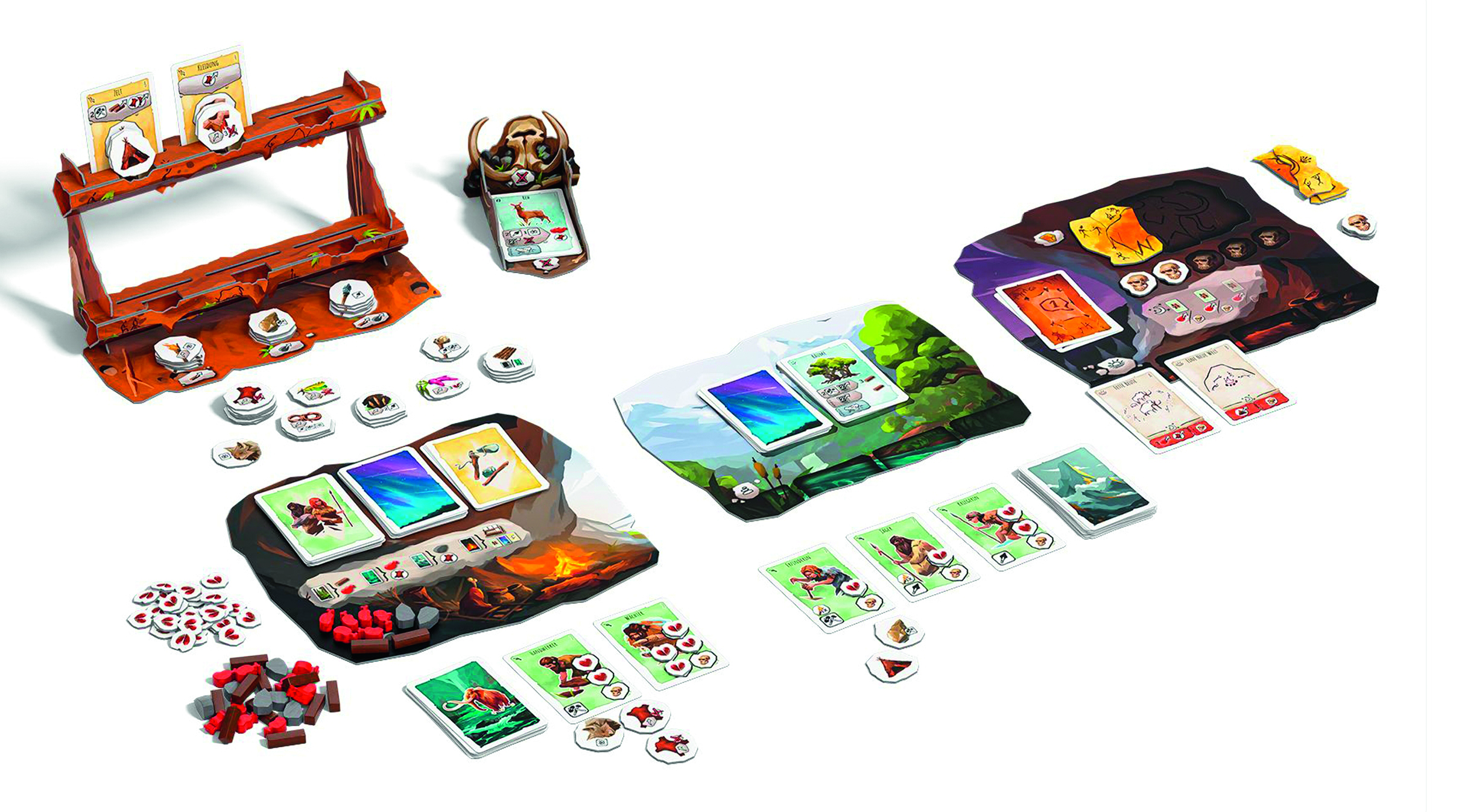 Dealing with this uncertainty is the heart of the game. Each revealed card comes with a choice of actions to take. Some require the characters undertaking them to have particular abilities, others demand that you spend certain resources to claim rewards. And critically, you can resolve them in any order, or choose to ignore your own events in favour of helping other players with theirs.

It means that navigating your way through Paleo is all about collective planning and consensus decisions – evaluating your options on every round and working out the best way to tackle them as a team. But the fact that each player controls a group of characters with their own set of skills means that everyone has something important to contribute, and there are turns where your scout, hunter, warrior or craftsperson will prove invaluable to the success of the tribe. It may be all about the group, but everyone gets a chance to be the hero at some point in the game.

To help keep things fresh and unpredictable, Paleo also comes with swappable sets of cards letting you play through a host of different scenarios, all with their own challenges to overcome and secrets to uncover. Add in some impressive presentation, with stylised artwork and cool three-dimensional cardboard components, and you have an accessible, intuitive and deeply sociable card game with great table presence. Who would have thought a grim struggle for survival could be so much fun?

Like the poignant First World War game of trauma and camaraderie, Paleo uses a fairly simple card game as a frame to build a much richer group experience.