World in Flames officially the world’s biggest board game 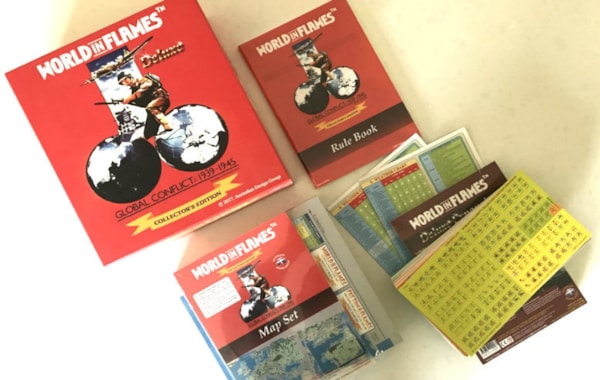 World in Flames has finally got what it was looking for: recognition of being the biggest board game. The game now holds the Guinness World Record for the world’s largest board game.

How big? The designer, Harry Rowland, explains that the collector edition is a bit special:

“World in Flames: the Collector’s edition was released in 2018 as a hard-mounted board game unlike previous versions which, like most games in this genre, use paper maps. It has four 850mm x 574mm hard-mounted maps and three 420mm x 297mm hard-mounted mini-maps and displays, totalling 2.3279 square metres It also includes, in the Deluxe version, 4900 counters and 192 pages of rules, 22 campaigns, and players’ and designer’s notes, that makes World in Flames a hobby in a box.”

For those that don’t know, the game starts in 1939 and covers all aspects of the World War 2 including diplomacy, warfare and production globally. The game’s designers also claim that the game includes 12 million hours of testing.

It’s not just the game that is global in theme, but also the contributors to the game’s art and community rules coming from all across the world including Mexico, the USA, Germany, Czechia and Australia.

The game’s official record is technically the world’s Largest Board Game Commercially Available - so if you’re thinking about a Kickstarter game that is going to arrive in a couple of years time where the board is a Baudrillardian 1:1 scale of a hyperreality Wales – that probably doesn’t count!