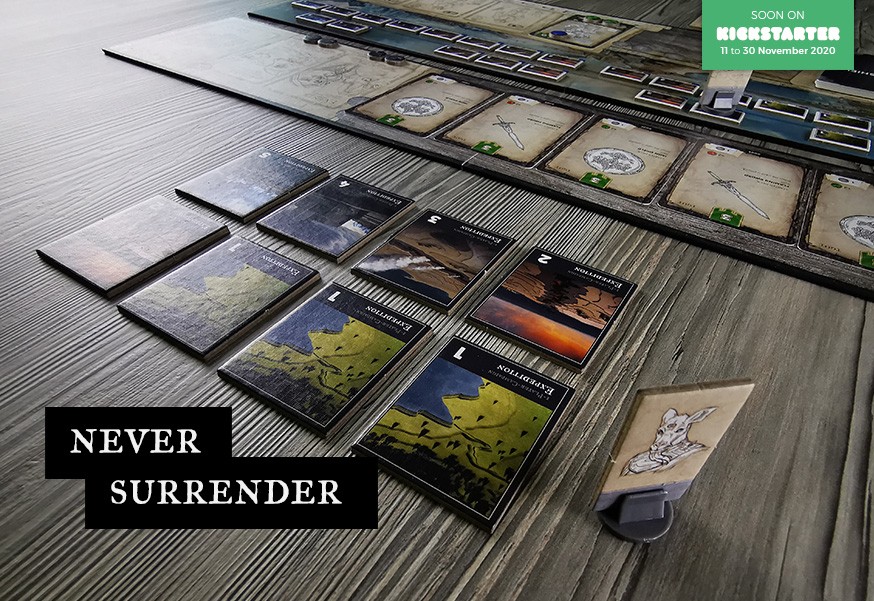 The 1-player mode is a very special experience. Without a fellow player, you can go up against an NPC in a race for the Crown of the Citadel and have a whole lot of fun by yourself while trying to fight back the enemy Assassins. 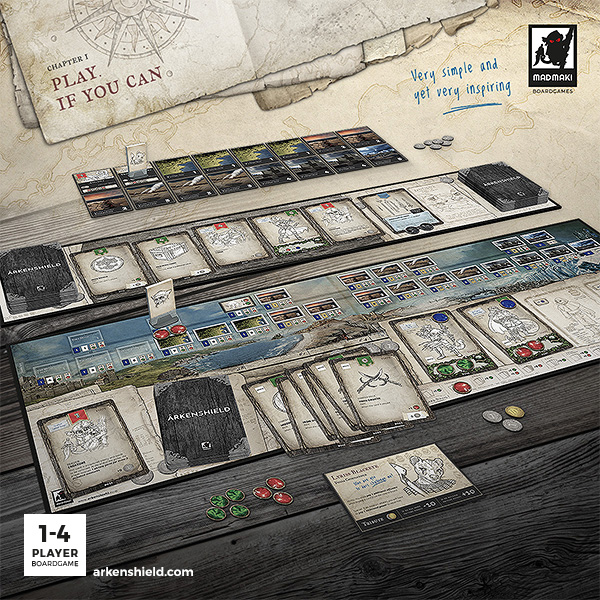 Expedition Cards
Instead of your fellow player’s game board, you set out your opponent’s Expedition Cards in a row, from 1 – 5, so that the preset path consists of 16 squares.

Challenge Cards
To make the game still more exciting, the Challenge Cards are now brought into play. Shuffle these face-down as well and draw one of them. This is how you determine the leader of the enemy expedition, who will hinder you from moving forward on the path. Place the Commander you’ve drawn in this way face-up in front of you and, in every round, pay precise attention to the effect shown there. If you like, you can also play the first games without these challenges – which will reduce the level of difficulty somewhat.

The Assassin – a special feature
The special feature of the 1-player mode are the Assassins. Unlike you, the NPC only has the option of taking one route and thus repeatedly sends their henchmen to attack you. When setting up the game, you don’t have to watch out for anything special. The Assassins are found in the respective deck of Expedition Cards and are drawn by chance. So, it can happen that you’re sometimes lucky and don’t encounter an Assassin, whereas another time the NPC throws their entire arsenal (Levels 1 – 7) at you.

The sequence of play for each turn
• Step 1: Set out the Companions’ basic resources

• Step 2: Determine the additional bonus of the Fellowship

• Step 3: Determine the additional bonus of the path square

• Step 4: Put the cards together and shuffle them

• Step 6: Lay your remaining cards back down again

• Step 10: Turn over the next NPC’s Expedition Card

• Step 11: Carry out the actions on the Expedition Card