Imhotep. The legendary architect of the Egyptian monuments. His awe-inspiring structures and brutal tactics earned him divine status among ancient Egyptians. Can you match his ruthless determination to build the most revered monuments? 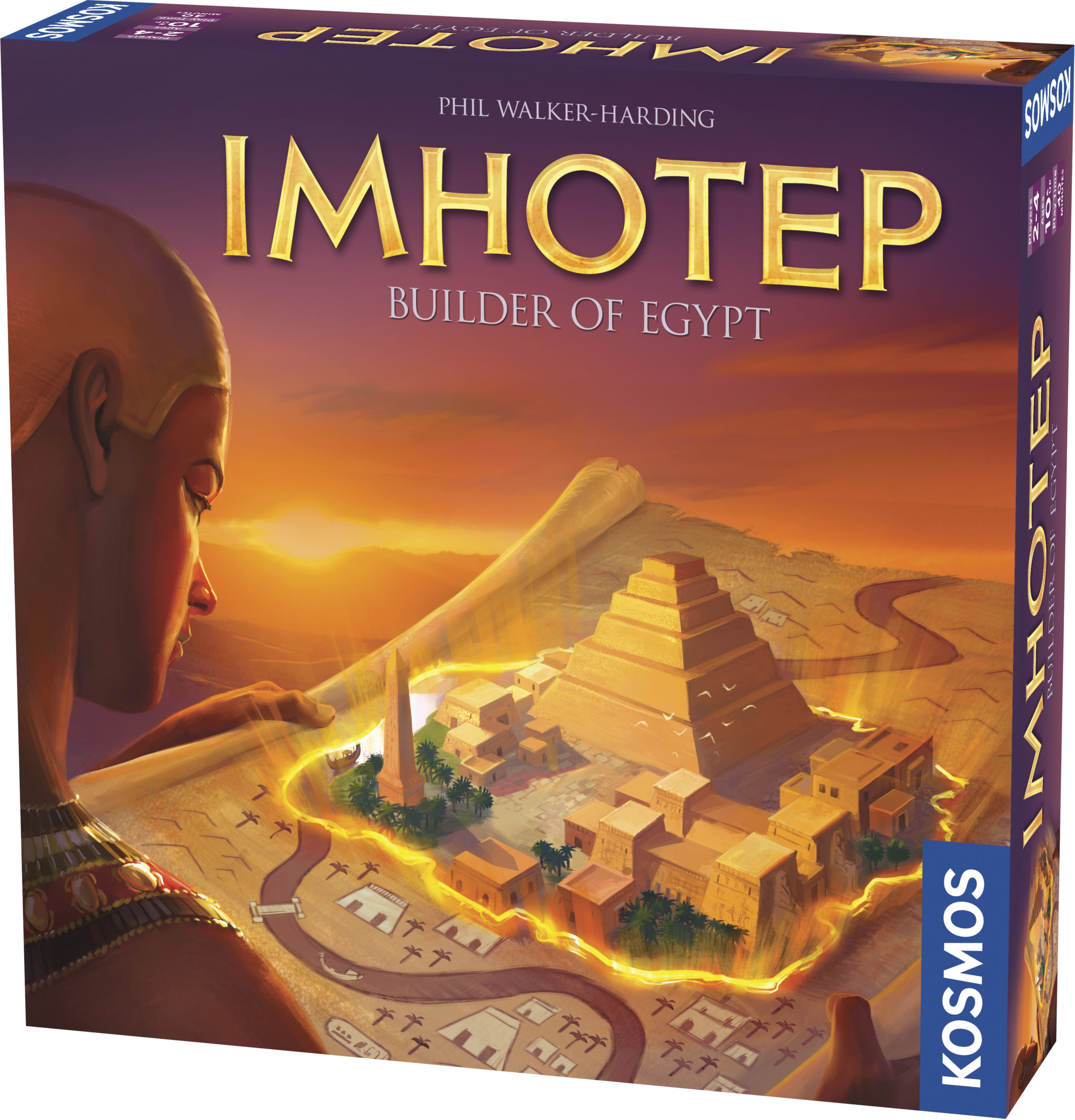 Imhotep. The legendary architect of the Egyptian monuments. His awe-inspiring structures and brutal tactics earned him divine status among ancient Egyptians. Can you match his ruthless determination to build the most revered monuments?

To do this, you will need to transport stone blocks on ships from your quarry to different construction sites. But you alone do not choose where the ships go. Your opponents have monumental plans of their own and want to prevent your success. A fierce competition for the precious stone resources plays out. Only with the right strategy and a little luck can you succeed.

In Imhotep, the players take on the roles of ancient Egyptian architects. Over six rounds, they try to transport their stone blocks to end up in the most valuable positions at five construction sites: pyramid, obelisk, chamber tomb, temple, and market. But a player can only choose one of three actions in a turn: excavate a new stone block from the quarry, load a block onto a ship, or move a ship to a construction site. From there, the massive stone blocks must be unloaded in order from bow to stern and placed on the sites in preset sequences. Depending on where the blocks end up, players earn different point values either immediately or at the end of the game.

In each turn, you must weigh your options for getting your own stones into place and thwarting your opponents’ placement plans. You must get your blocks to the right places, in the right order, at the right time to be the greatest architect. 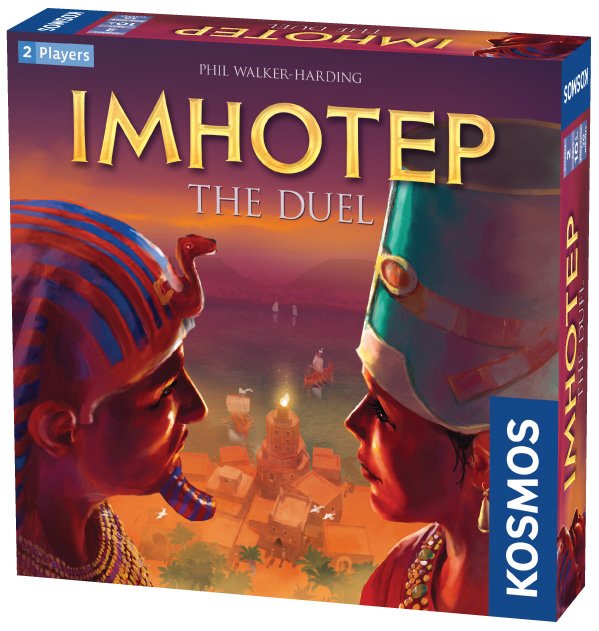 The competition of the builders continues in Imhotep: The Duel! In this game, players take on the roles of Nefertiti and Akhenaten, one of ancient Egypt’s most famous royal couples. Game pieces must be cleverly placed so that players can unload the most valuable tiles from the six boats. While this is happening, each player builds their own four monuments in order to gain as many points as possible. 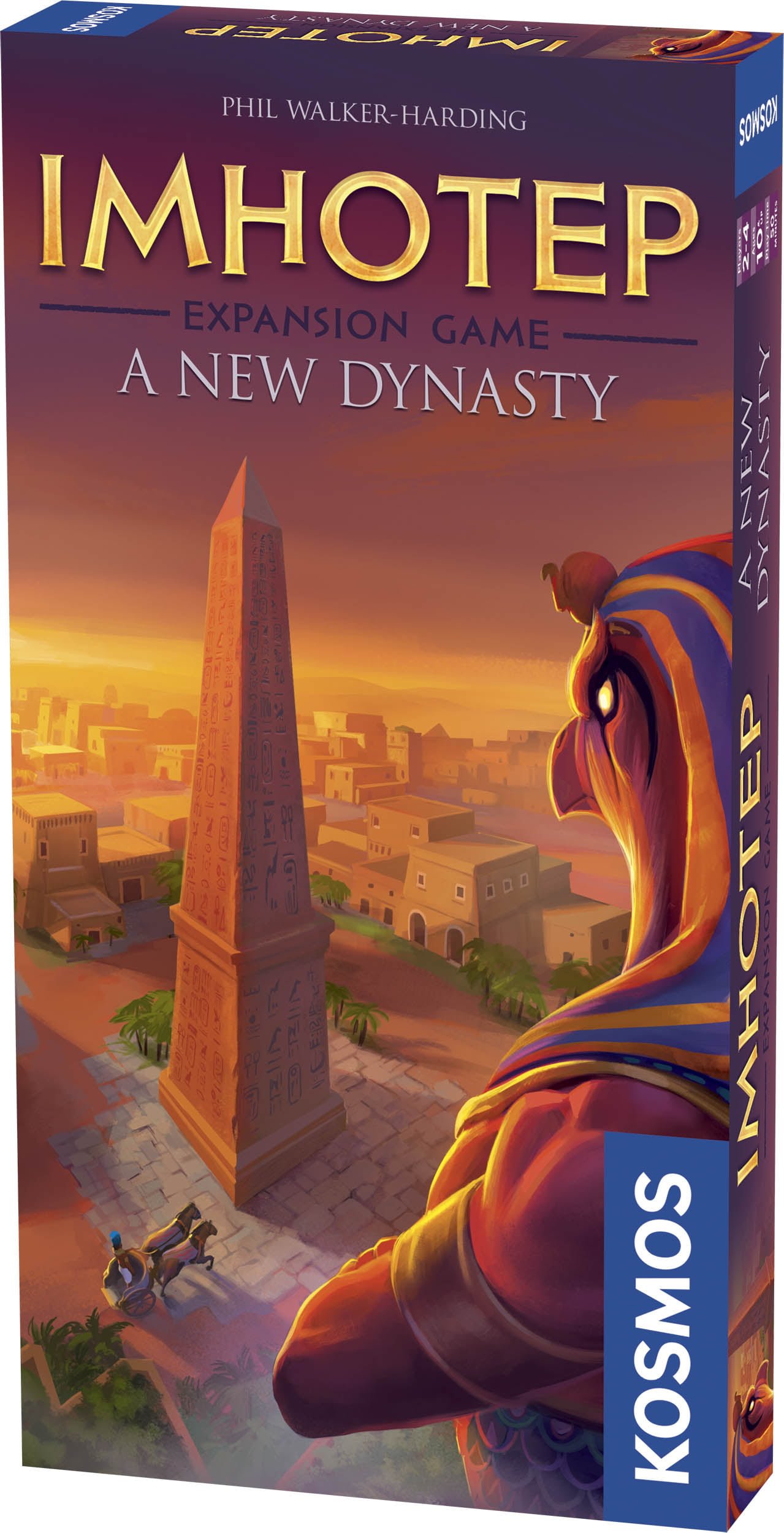 Construction of the Egyptian monuments continues! You have shown yourself to be worthy, and have been selected to lead future building projects. Can you prove your skill once again?

In the market, there are new tools to support you in your work. Even the Egyptian gods are paying attention to your achievements! They are ready to reward you, if you are able to predict your building plans with accuracy. But if you fail, you will be punished. With new building site boards, new market cards, and much more, this expansion yields 1,024 playing variations in combination with the base game. 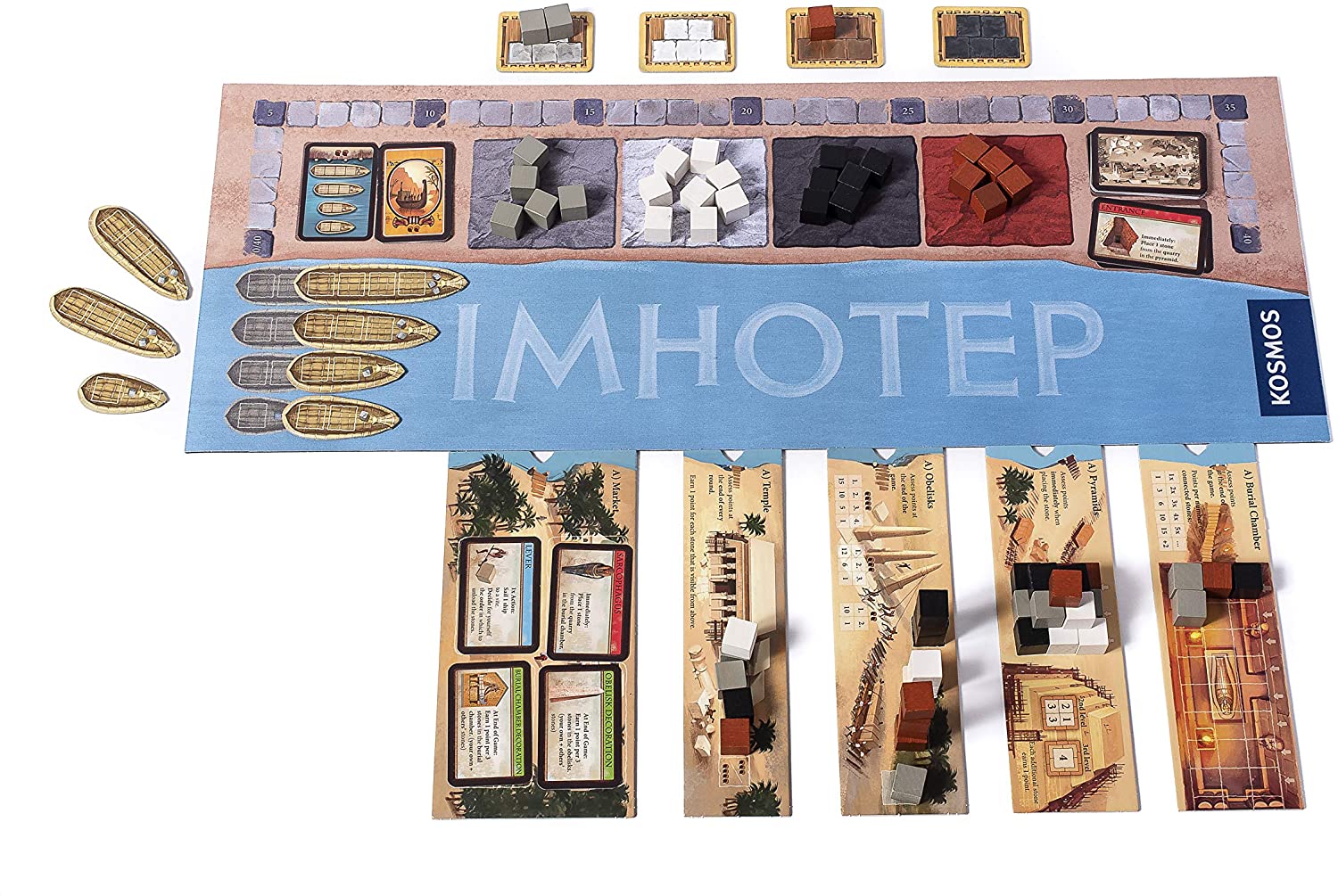 Play mat for Imhotep made of ‘mouse-mat’ material. The perfect addition to the base game, Duel and A New Dynasty expansion.

Keep your boats looking pristine, along with their precious cargo!