Tackle expeditions across the snowy wastes and desert plains.

All Lost Cities Reviews and Playthroughs 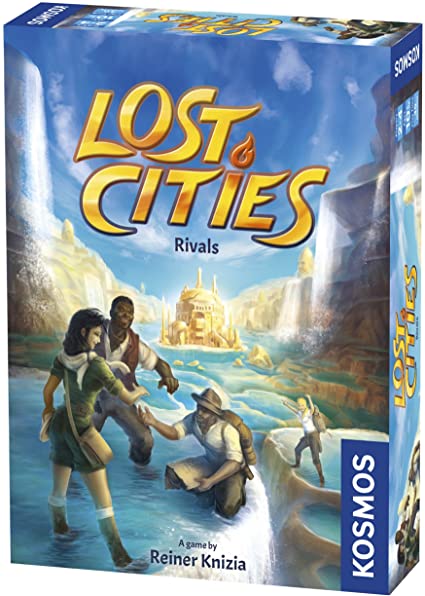 Use your cards to venture down expedition routes that take you to far-flung and mysterious corners of the Earth: to an abandoned mountain temple, a decaying circle of stone, a city sunken under the sea, an ancient Stone-Age settlement, and a town inside of a mountain. Your goal is to plan the routes in such a way that they bring you the greatest possible fame. If you are especially daring, you will also be able to wager on the success of your own expeditions. But watch out: You are not the only one traveling! Which routes will you pursue and how much gold is it worth to you? Plan well and use your resources wisely. Only the player who has collected the most fame at the end of the game will be the winner. 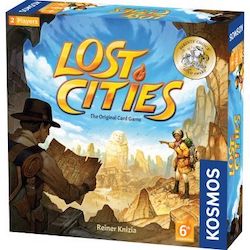 Who will discover the ancient civilizations?

Two explorers embark on research journeys to remote corners of the world: the Himalayan mountains, the Central American rainforest, the Egyptian desert, a mysterious volcano, and the bottom of the sea. As the cards are played, the expedition routes take shape and the explorers earn points. The most daring adventurers make bets on the success of their expeditions. The explorer with the highest score after three rounds of expeditions wins. The rules of the game are simple, but beware: The lost cities hold many unseen mysteries! This new edition features a sixth set of expedition cards and a two-sided game board: On one side is the classic five-expedition game. On the other side, a new variant with six expeditions is offered. 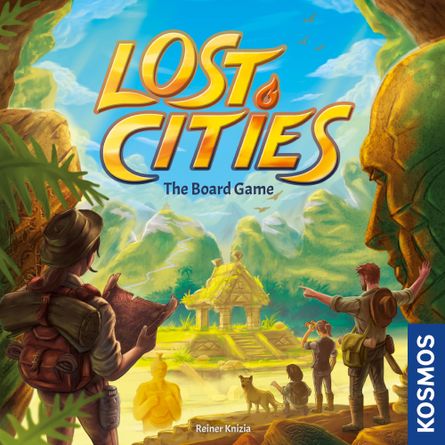 The research teams are outfitted and ready to embark on their adventures to find five forgotten cities. Who will lead the way to fantastic discoveries?

Each player guides a team of explorers on up to five expeditions. To advance along an expedition path, a card in the path’s colour must be played for each step forward. The card must be of equal or greater value to the player’s card previously played on that path.

After playing or discarding a card, the player draws a new card. Skilled team leaders assess when to play, hold, or discard their cards to move their own teams forward while at the same time preventing their opponent teams from getting ahead.

Points are awarded based on how far the explorers make it along their paths. Each step earns more points than the one before it, and the first three steps earn negative points. Along the way, players can increase points by finding artifacts, victory points, and shortcuts forward. The player with the most points at the end of the game wins! 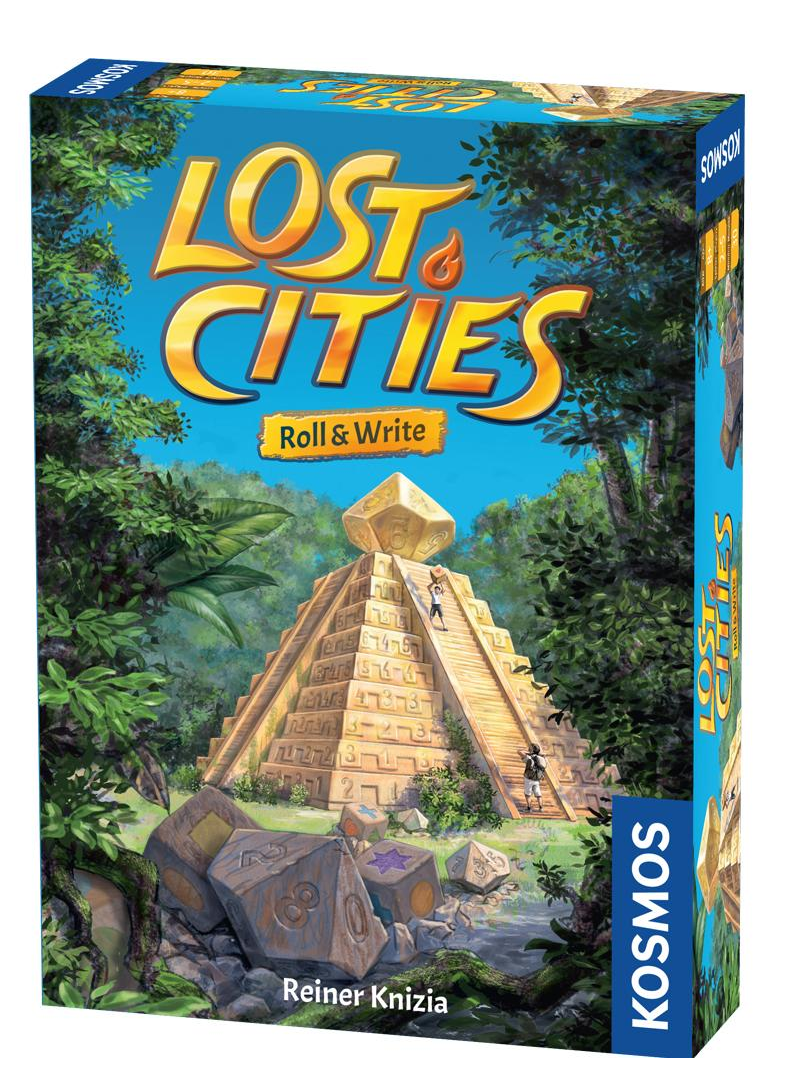 Begin your expedition on one of six coloured paths by rolling the smallest possible numbers on the dice. Each turn, decide whether to continue an expedition or start a new one.

Acceleration fields and artifacts provide opportunities to advance quickly, but you’ll have to carefully consider which paths to take on which roll. If you make good progress, victory beckons — but if an expedition gets stuck, you will lose points just as quickly as you earned them!
This small and portable format is the perfect Lost Cities game for on-the-go fun.
Simple rules and a short play time make this game ideal for family game nights