Mazescape: Ariadne - £11
In Mazescape Ariadne, players will have to find their way out of the maze by moving a wooden marker on a map that they then have to fold and unfold in sections.
A range of mazes are already available in this fun and collectible game series. Each Mazescape pack contains 7 mazes for you to escape from, with
special missions to complete along the way. 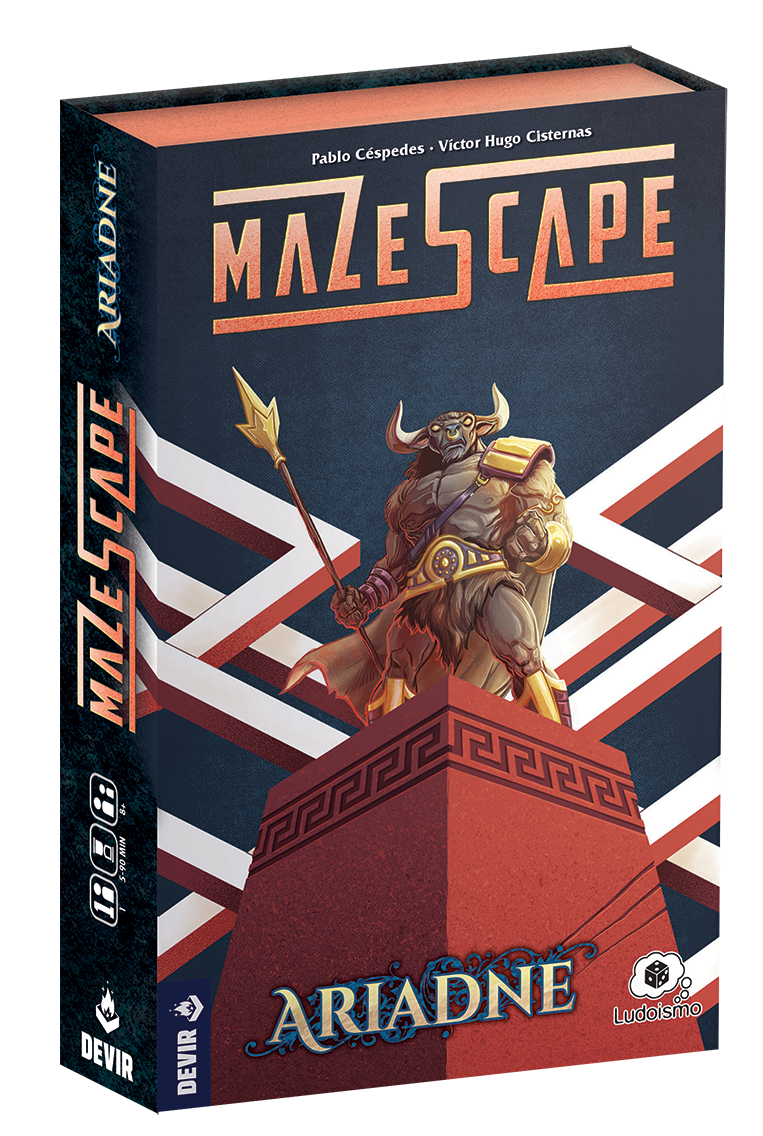 Mazescape: Labyrinthos - £11
In Mazescape Labyrinthos, players will have to find their way out of the maze by moving a wooden marker on a map that they then have to fold and unfold in sections.
A range of mazes are already available in this fun and collectible game series. Each Mazescape pack contains 7 mazes for you to escape from, with special missions to complete along the way. 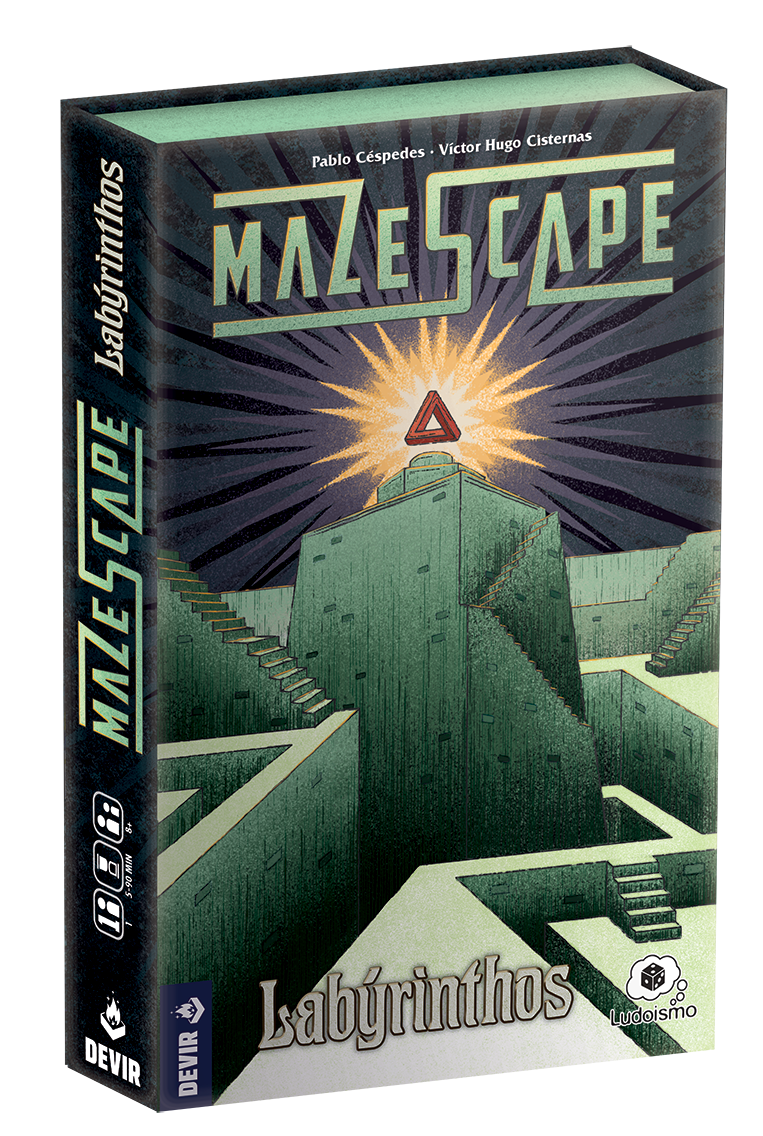 Red Cathedral - £28
The  Red Cathedral is a strategic, “Euro” board game in which the players take the roles of construction teams. Their job is to work together to put up St. Basil’s cathedral in Moscow, as ordered by Ivan the Terrible. However, only one of them will be able to gain the favour of the Tsar. During the game, the players can carry out one of three actions: assign a section of the cathedral, send resources to that section to build it, or go to the game board to achieve more resources. Each of these actions has its own mechanism and requires that the players pay close attention to what the other players are doing. The game board shows us the iconic rondel of The Red Cathedral. It is where the players obtain all the resource types needed to complete their work on the cathedral, as well as to get favours from the guilds and professionals to make the most of their trip to the market. 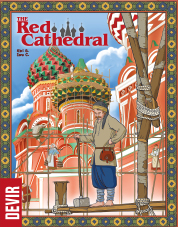 Polis - £50
Polis is a two-player civ-lite game set in the beginning of the conflict between the two major poleis of the 5th century B.C: Athens and the Delian League against Sparta and the Peloponnesian League. The winner will be the Empire with more population and prestige at the end of the game. Both players must secure their supplies and the routes to five markets to trade with them. Every turn you get goods from a territory where you have population supporting your Empire, but at a cost. You can fight to control the territories and siege other polis or you might use your diplomacy to convince a polis to join your league. But polis are proud of their independence so you will have to create some projects to gain prestige needed for your military manoeuvres. 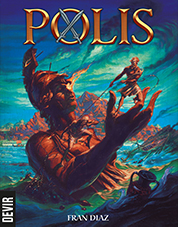 Castle Party
Every year the Pumpkin King invites us to his castle to celebrate the autumn ball in his honour. Castle Party is the craziest shindig in town and without a doubt the most not to be missed soiree for any monster worth something in scare business. You can’t miss it for the world! The guests are arriving at the castle of the Pumpkin King. As usual, they gather together in groups. This is a “flip and write” game, meaning we draw cards and then write on a board. The active player turns over a card with a polynomial shape and then everybody places a monster card on the table in the attempt to match the shape on the card. Finally, and in correspondence with their own place around the table and their perspective on the shape, the players draw the monsters on their own personal boards and try to group the monsters into families to obtain the best score. 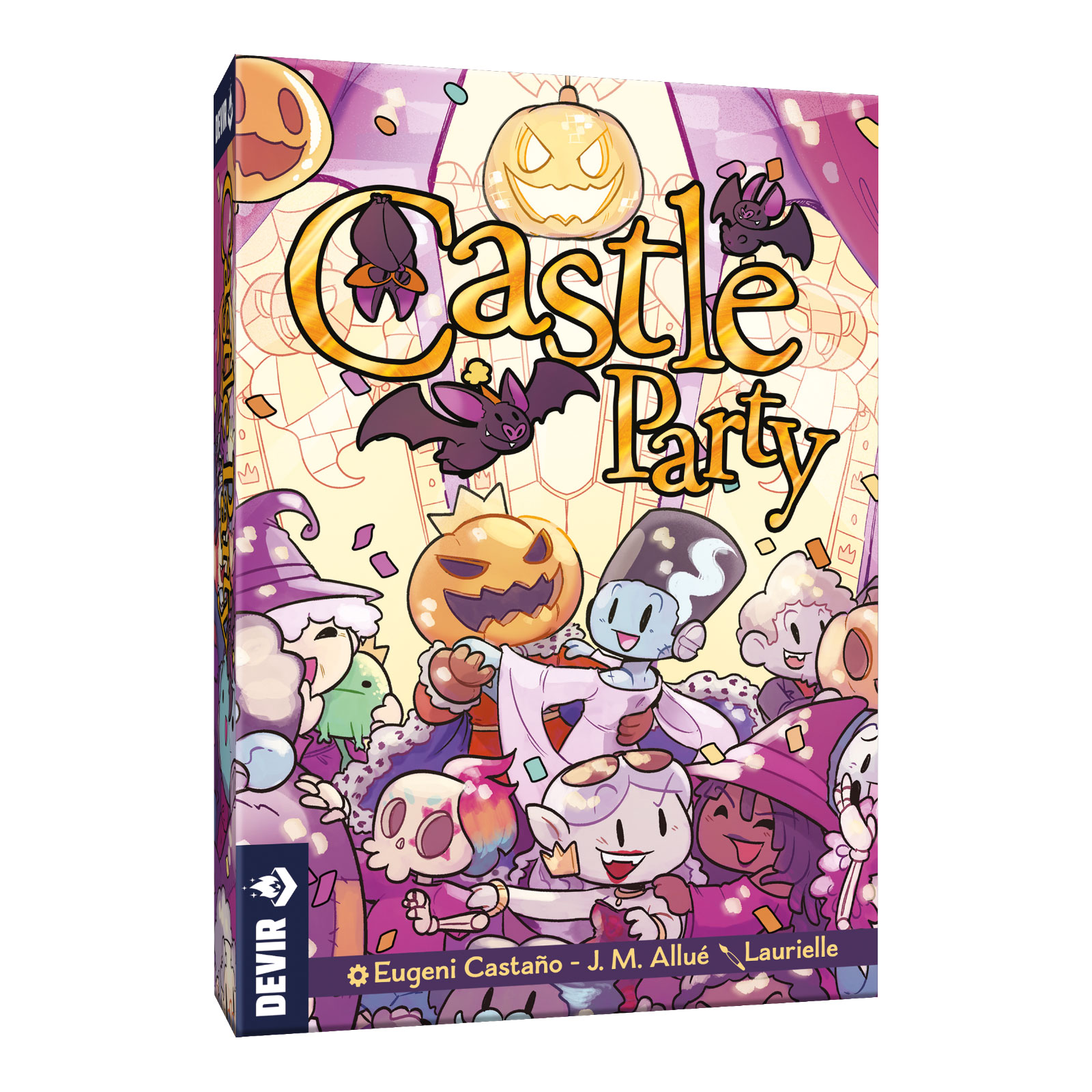 Paris - £22
Paris is a two-player board game by José Antonio Abascal infused with Parisian aesthetics by the boardgame’s artist Oriol Hernández. The game is set in late 19th century Paris during the 1889 “Exposition Universelle,” or world’s fair, when public electricity was a hot topic. Electricity spread throughout the city, creating today’s beautiful nocturnal Parisian streets and coining Paris’s nickname “La Cité de la Lumiére”, the city of lights. 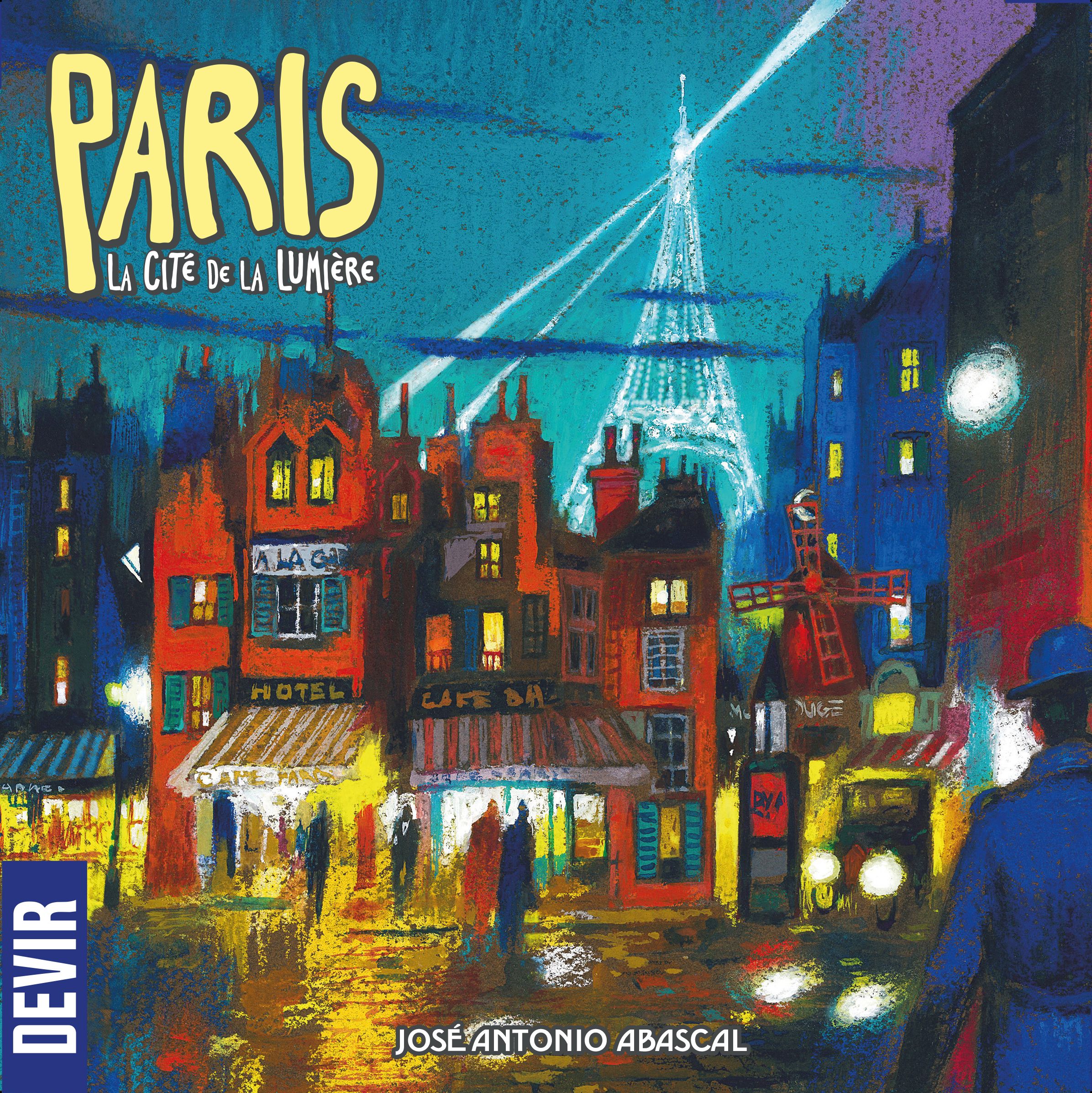 Shut up and Sit down review

Ratzzia - £27
The most fun  you can have with rats outside of Disney!  Feline, frantic and full of chorizo! 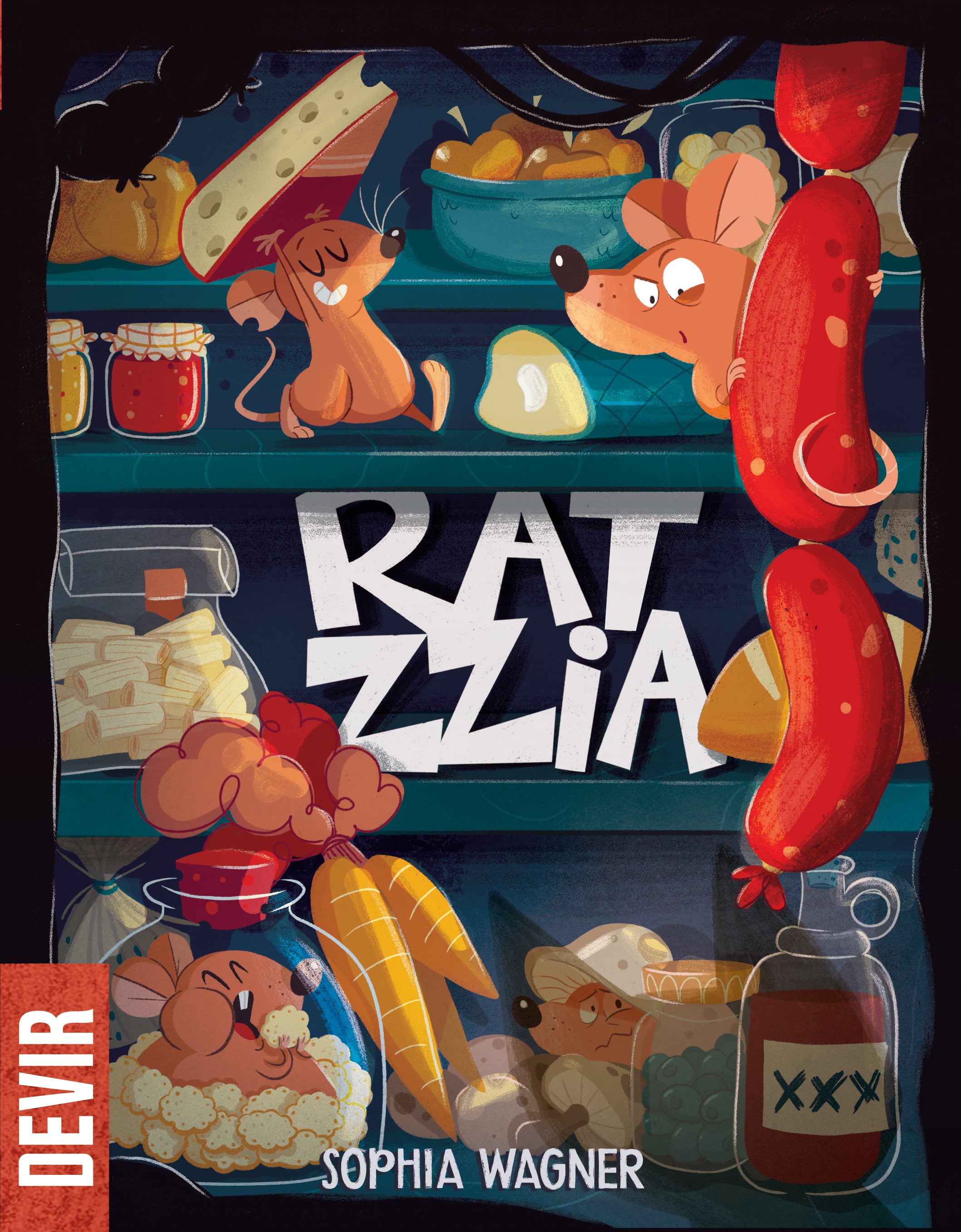 An interview with Out of this World designer Koen Hendrix 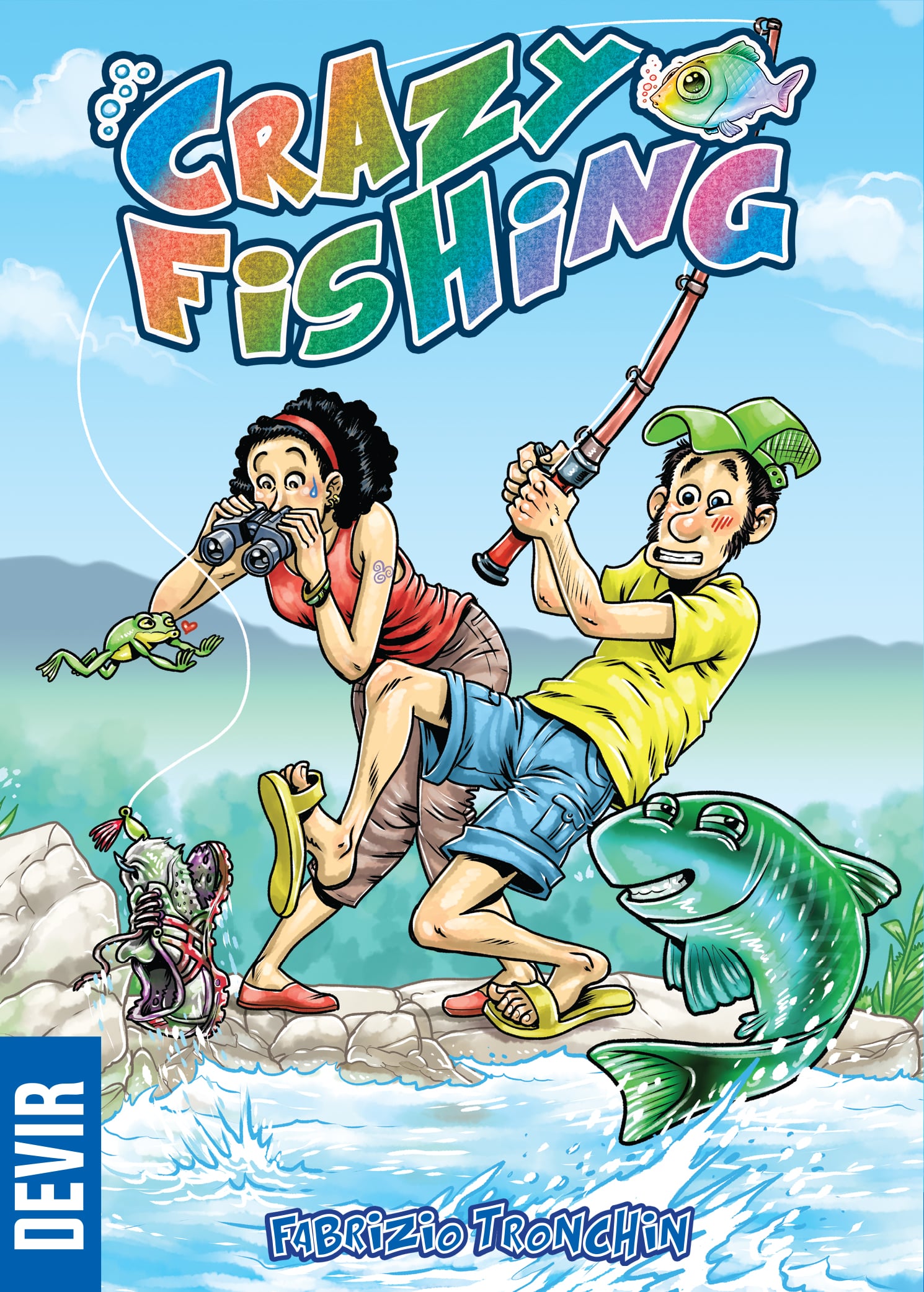 Karekare - £30
While away 40 minutes on the beaches of New Zealand in this family friendly game from Devir. 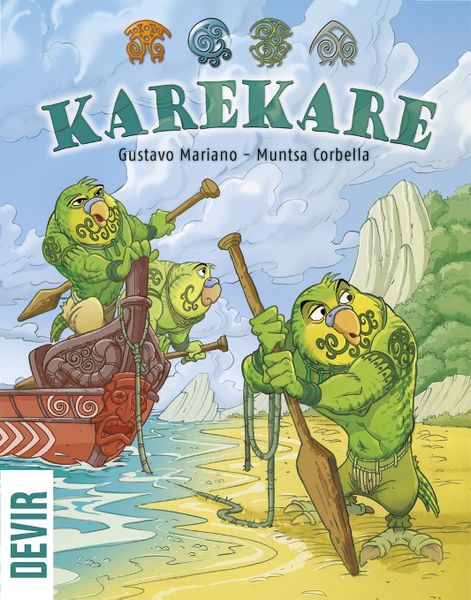 Holmes – Sherlock and Mycroft - £20
A fab 2 player from Devir with a uniquely English twist. 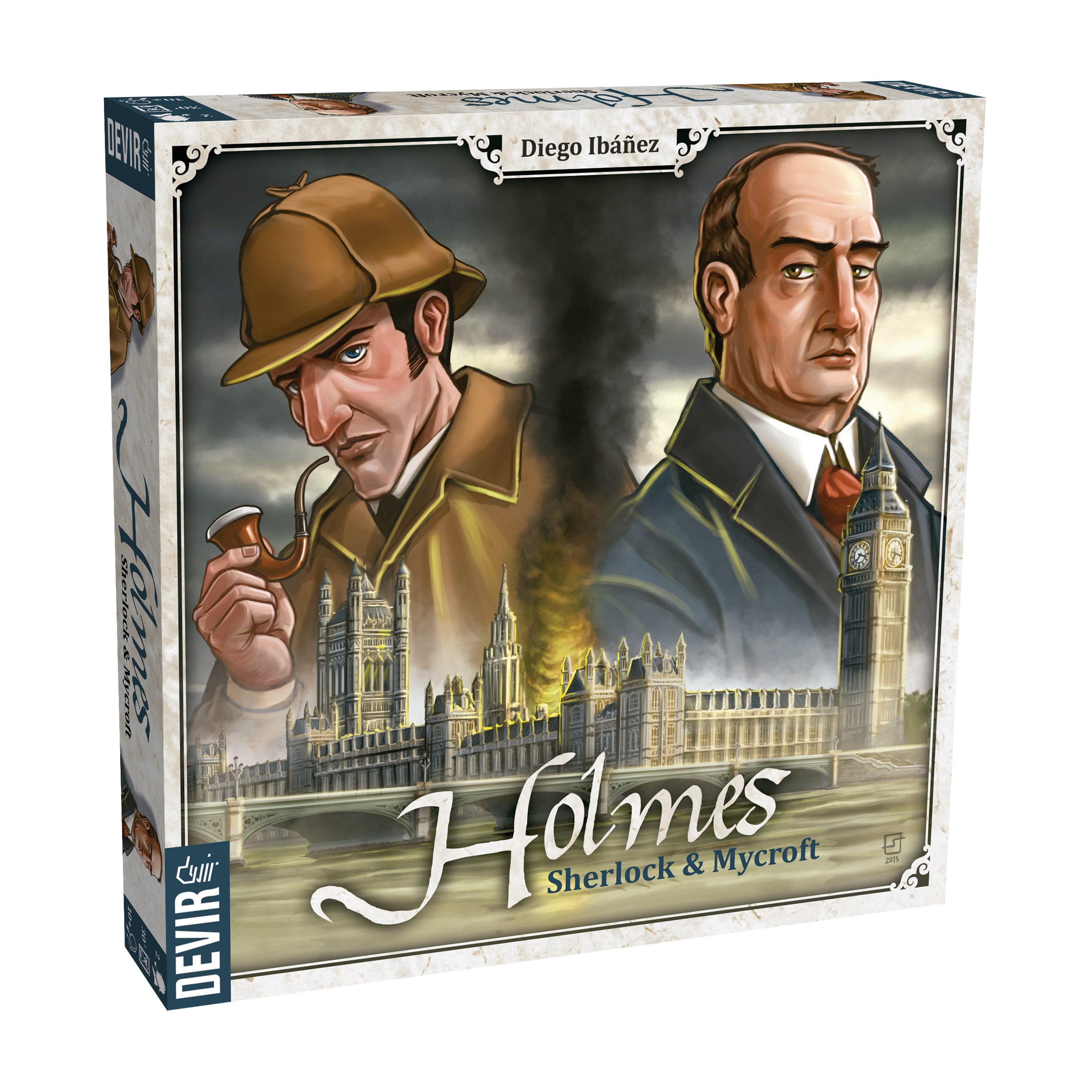 Dragons & Chickens - £18
The winning player is the first to leave the dungeon with the most treasure. Keep a keen eye, because beyond collecting treasure, players must hide from a terrible dragon, catch chickens…and of course, steal from their companions. 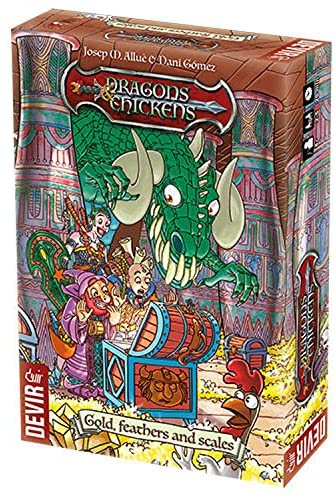 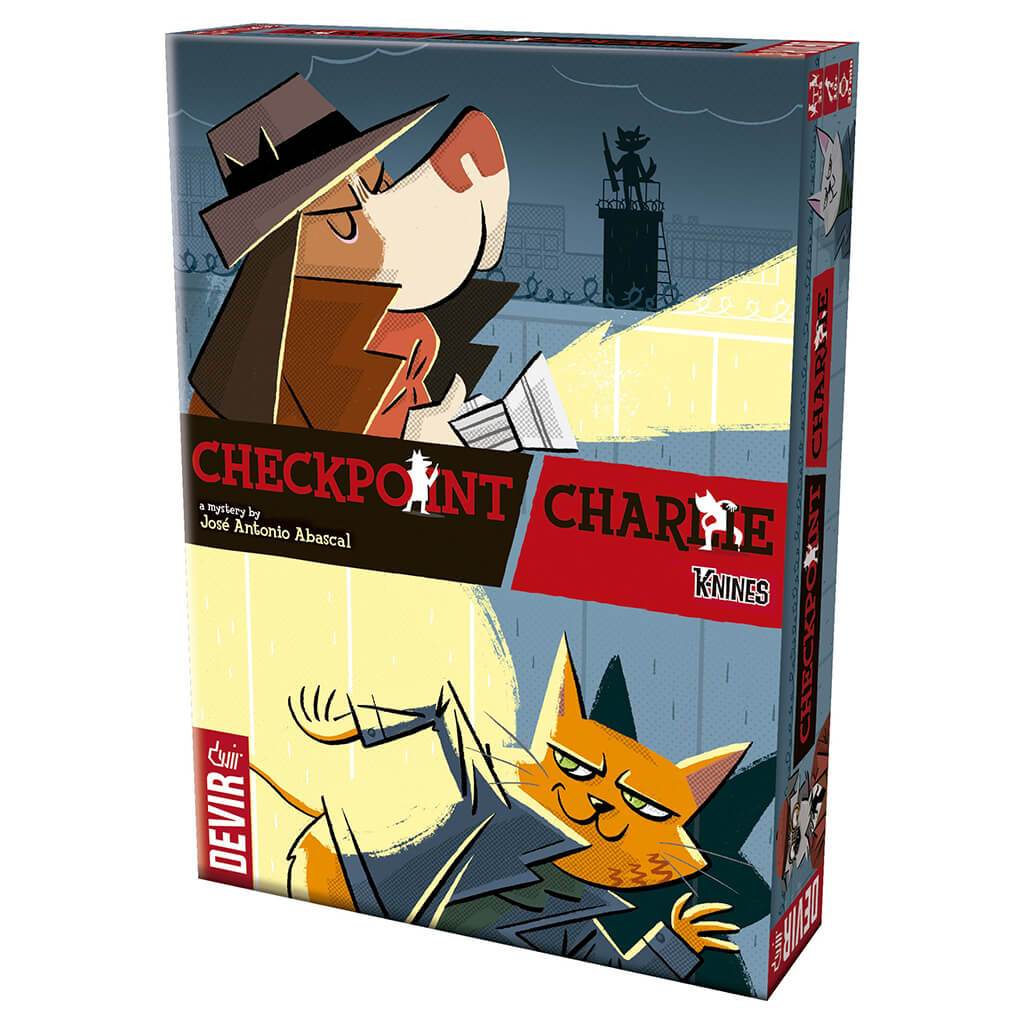 The Colour Monster - £34
The monster is confused. He doesn’t understand his feelings. Luckily, his friend can teach him how to sort out how he feels! This is a children’s game in which the players find colours that represent different feelings (calm, anger, fear, sadness…) and need to find where
to keep them. They try to choose the object that can hold the feeling they’ve found, and talk about a situation where they have felt that feeling before. 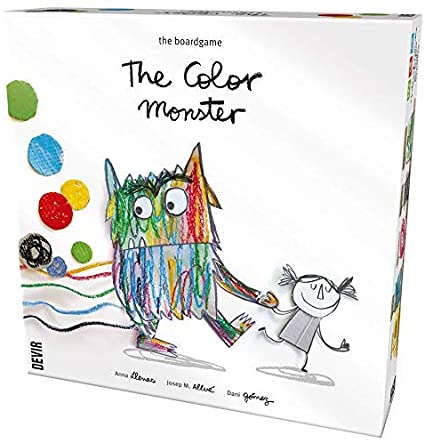 La Vina - £20
The grape pickers are fighting to inherit a magnificent but nearly abandoned vineyard. Whoever is able to harvest the best grape yield from the vines will become the owner of this precious land. The players advance along the board, collecting cards with the most interesting grapes, and attempting to get the best price for them from the local wineries. If they go too quickly, they may get the best cards, but they risk not having enough grapes. If they go too slowly, their opponents will beat them to the best vines! 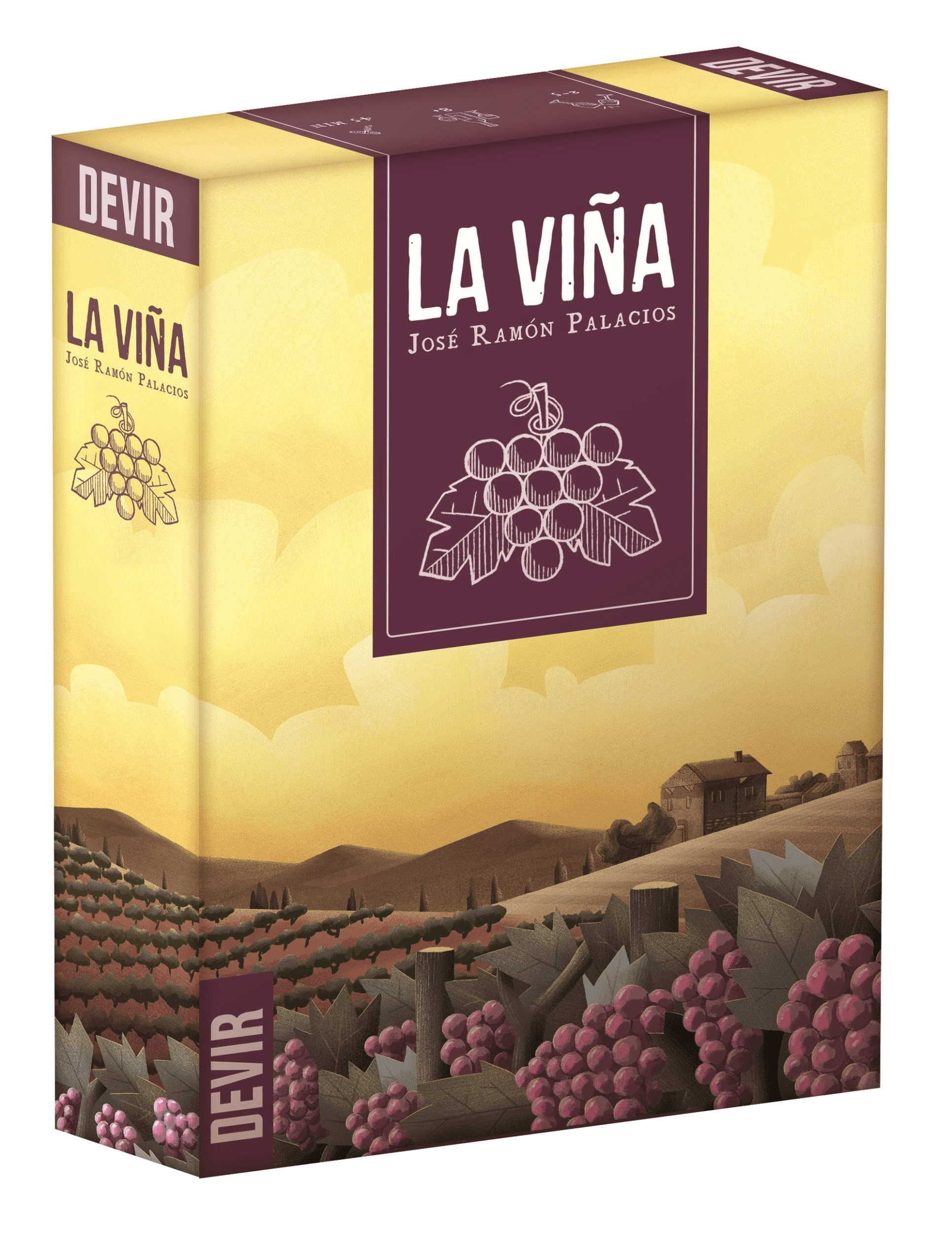 Silk - £30
The Imomushi silkworms are only found in the remote and harsh Akaishi Mountains. Very few people can withstand the hardships of the lonesome life led by the silkworm shepherds. It is a solitary existence that requires great dedication and strength of character to bear the pressures that stem from competing with the few other shepherds who fight over the scarce but desirable feeding grounds. All the while keeping the silkworms’ natural predator, the fearsome Ookami beast, at bay.

Silk is a gateway game into area control and worker placement systems. Players will need to command the shepherd and their faithful mastiff, build new worm nurseries and fence off enclosures in order to raise and feed their silkworms. When silkworms feed, they generate a number of silk points, depending on the type of terrain they are standing on at that moment. These silk points can be used to modify the outcome of a dice roll, which determine the actions a player may take, while keeping in mind that the player with the most silk points at the end of the game wins!

An abstract puzzle with plenty of challenge and a unique theme make Silk an exciting game for everyone. 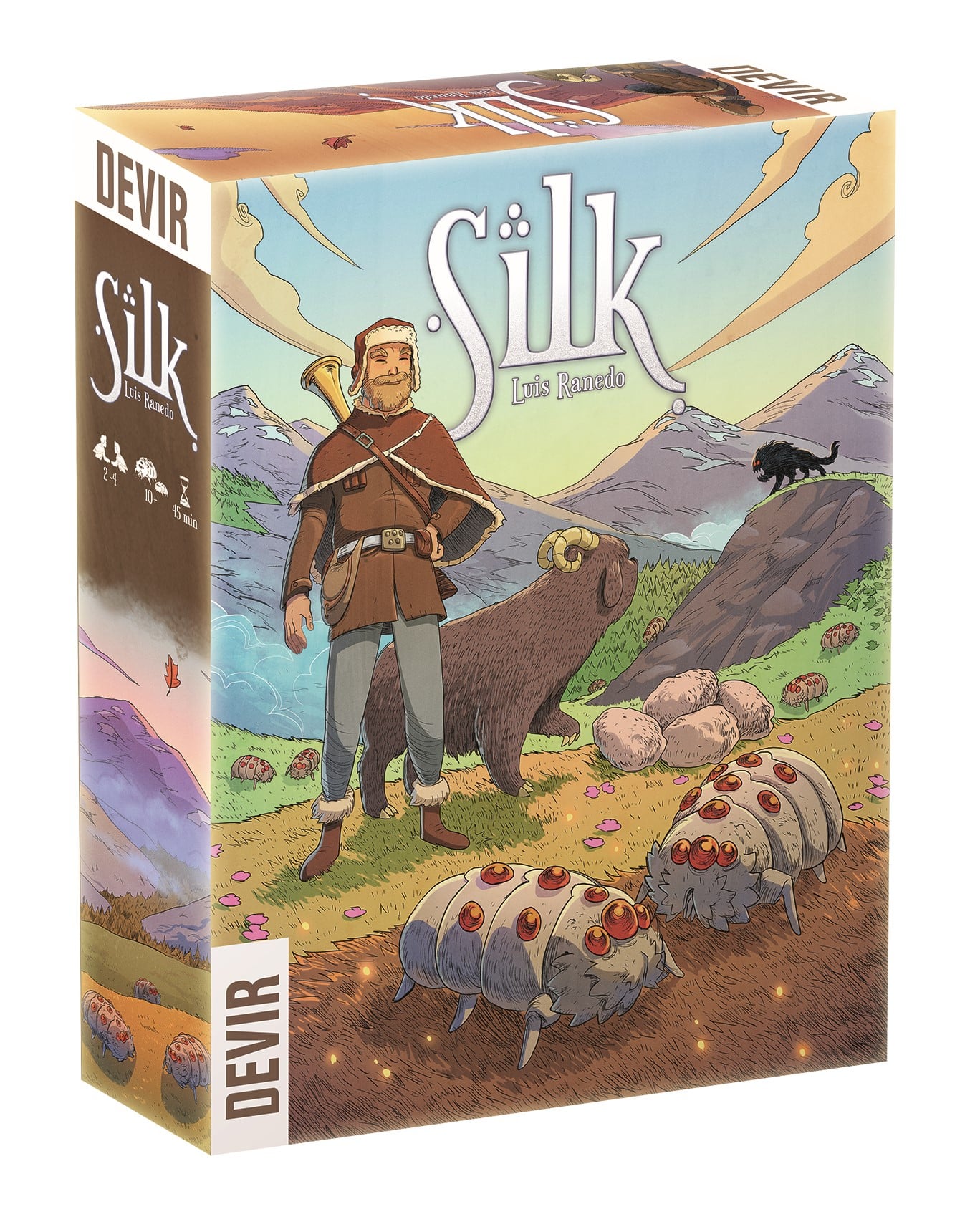