In Trial by Trolley, one player acts as the Trolley Operator and must choose where to send a murderous, out of control, trolley. Every other player at the table plays cards and argues in order to convince the operator to spare their lives and condemn everyone on the other track to a gruesome death-by-trolley.

Each round, one player will act as the trolley conductor. This person will be the judge, and will choose which track the trolley will murder.

Each other player is divided evenly among teams, and each player(s) will have a role for the round.

To begin, one player will draw 3 angelic tracks, choose one to play to the table, and then randomly reveal a 2nd angelic track from the deck to add to the track. Another player will draw 3 demonic tracks, and choose to add one to the opposing teams track, attempting to sabotage them, and spare their own tracks. Finally, player(s) will draw track modifiers to place on any track card on the table. They can play on their own tracks, to sway the judge, or they may play on their opponents, to further sway the judge into murdering their opponent's track.

The judge will ponder this conundrum, and eventually decide to murder one track. The track that was spared is the winner for the round!

Play continues for a number of rounds pre-determined by the number of players at the table. 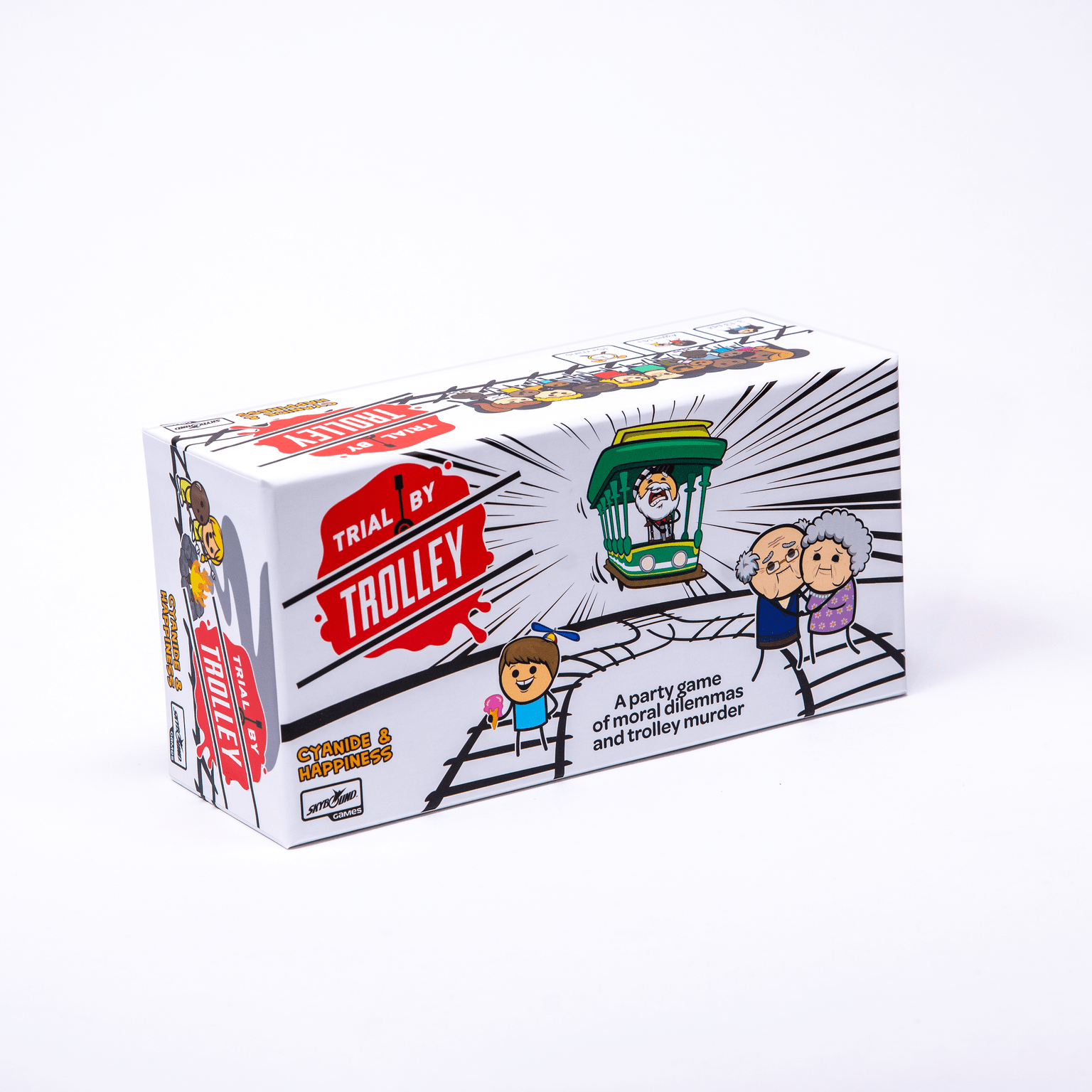 This dirty expansion for Trial by Trolley adds 100 awful R-Rated modifiers to spice up your trolley murders. There’s a lot of really bad stuff in here. You’ve been warned! 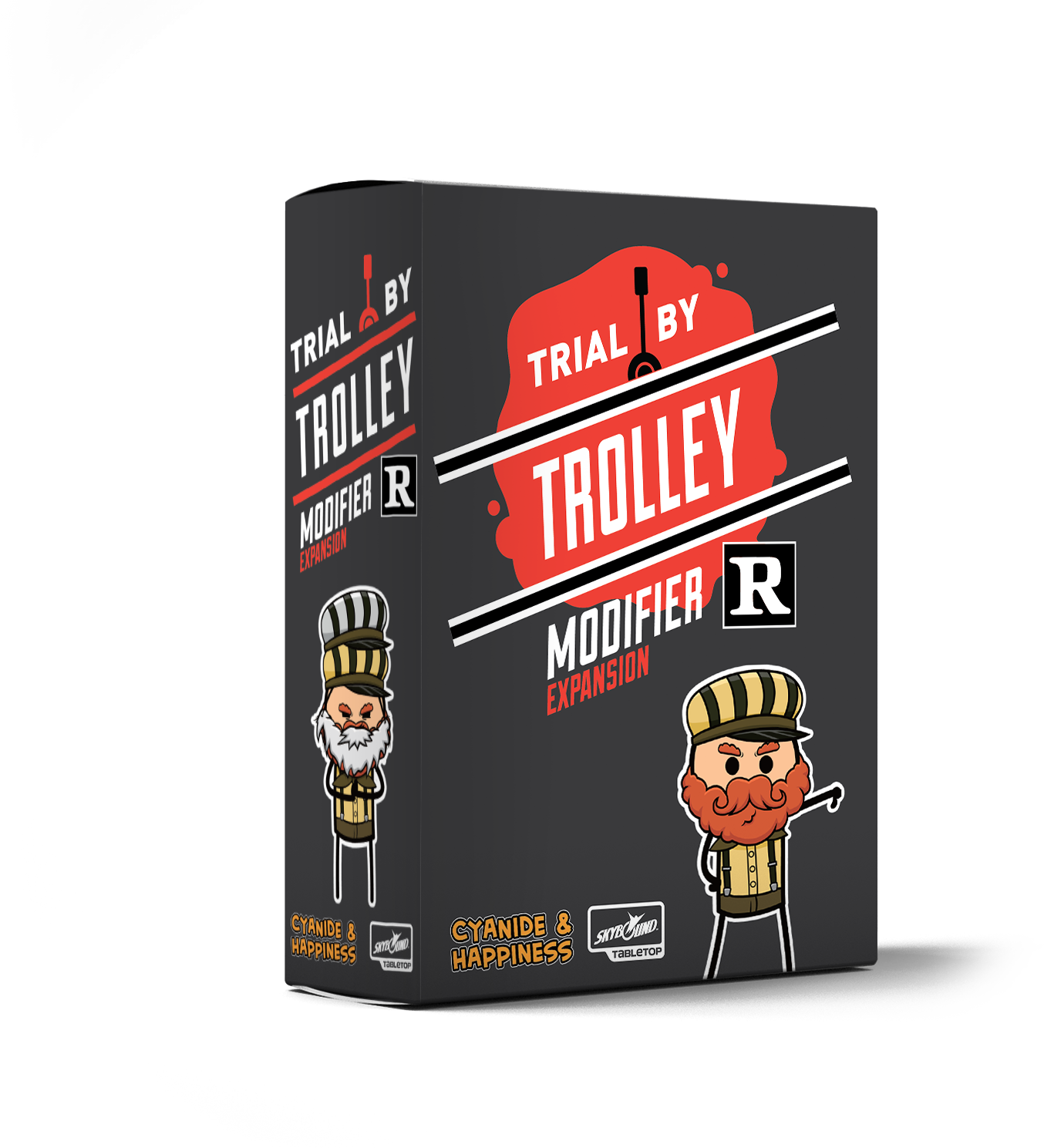 This dirty expansion for Trial by Trolley adds 100 extremely R-Rated tracks for you to hit with a trolley. There’s a lot of really bad stuff in here. You’ve been warned! 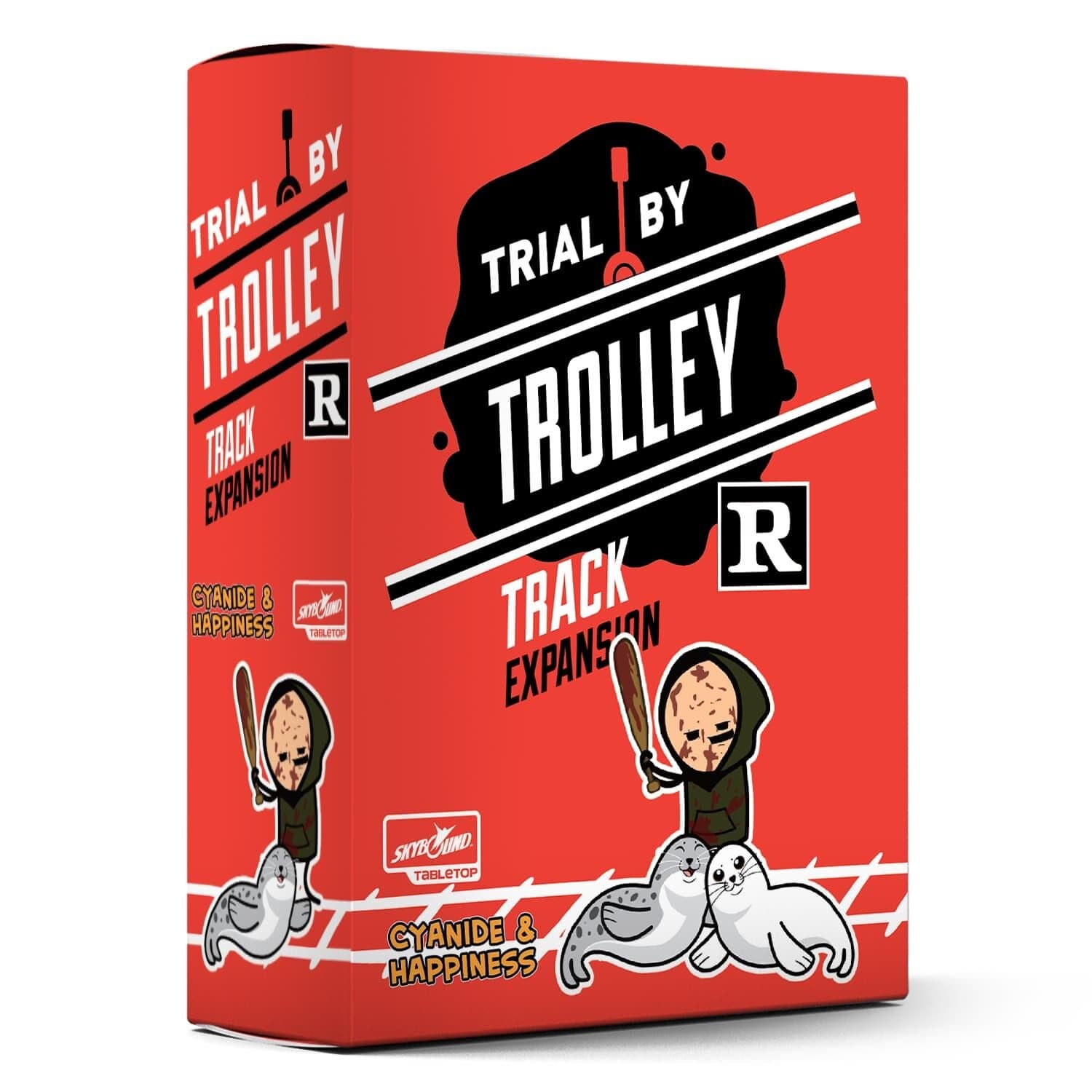 Trial by Trolley playthrough by Game the Game