Basic Terrain cards are laid out to form 4 lanes between the players, with Turrets placed in staggered locations. 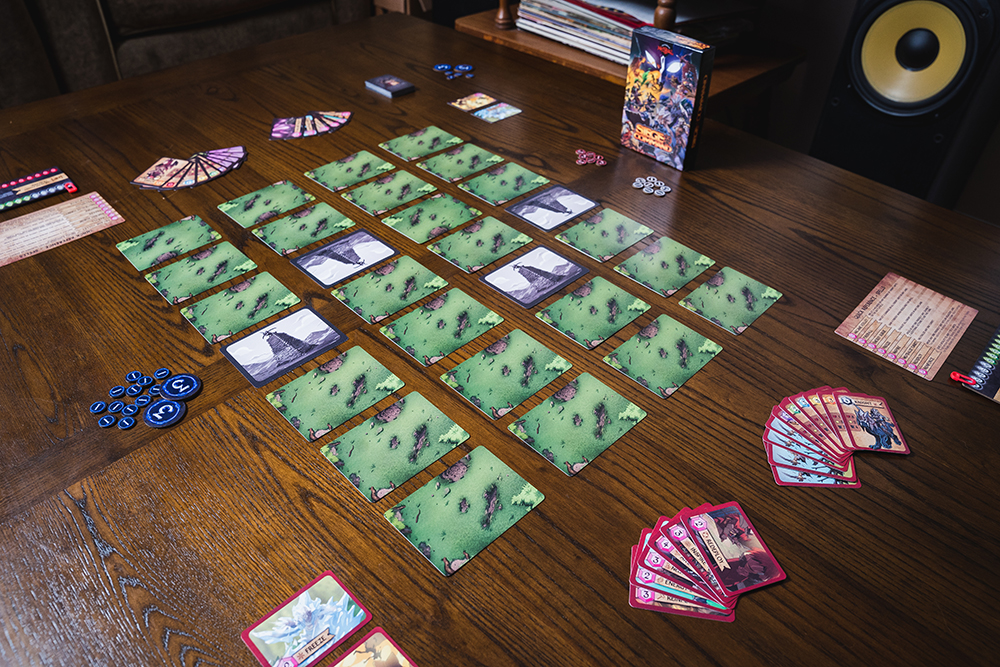 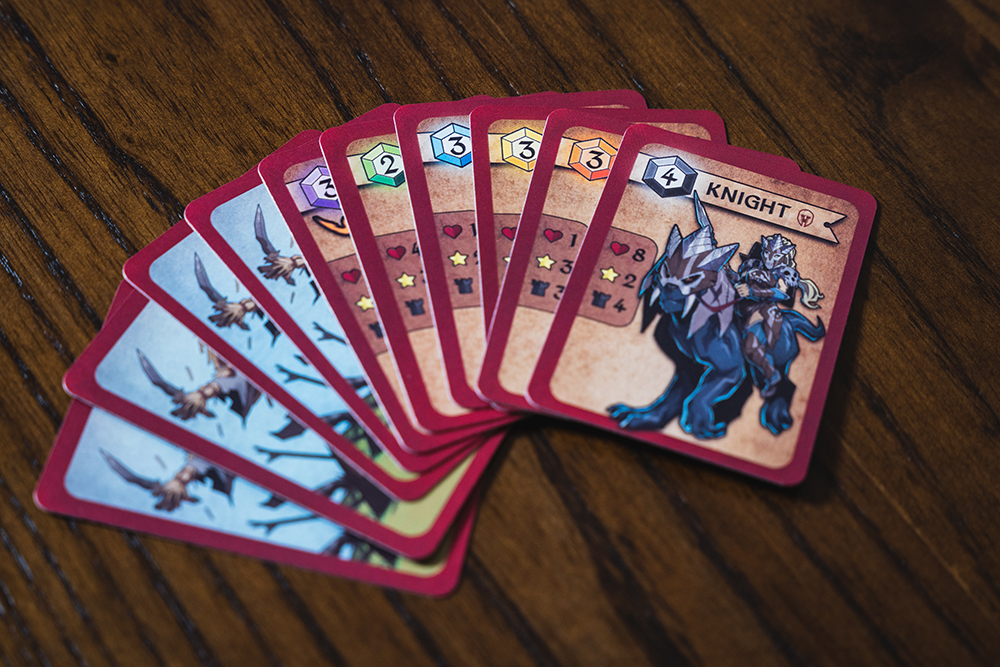 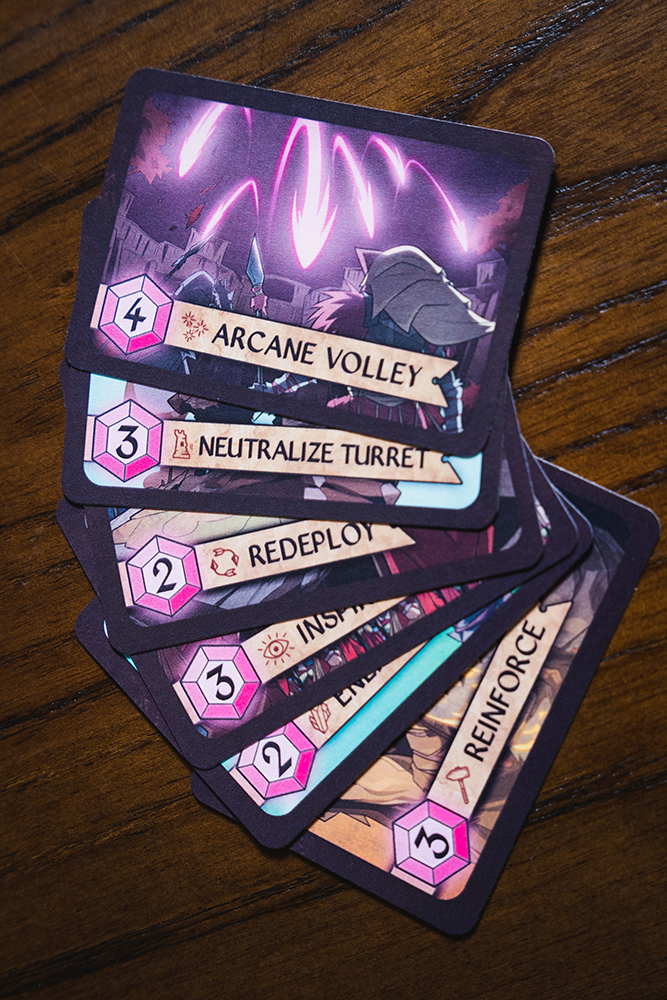 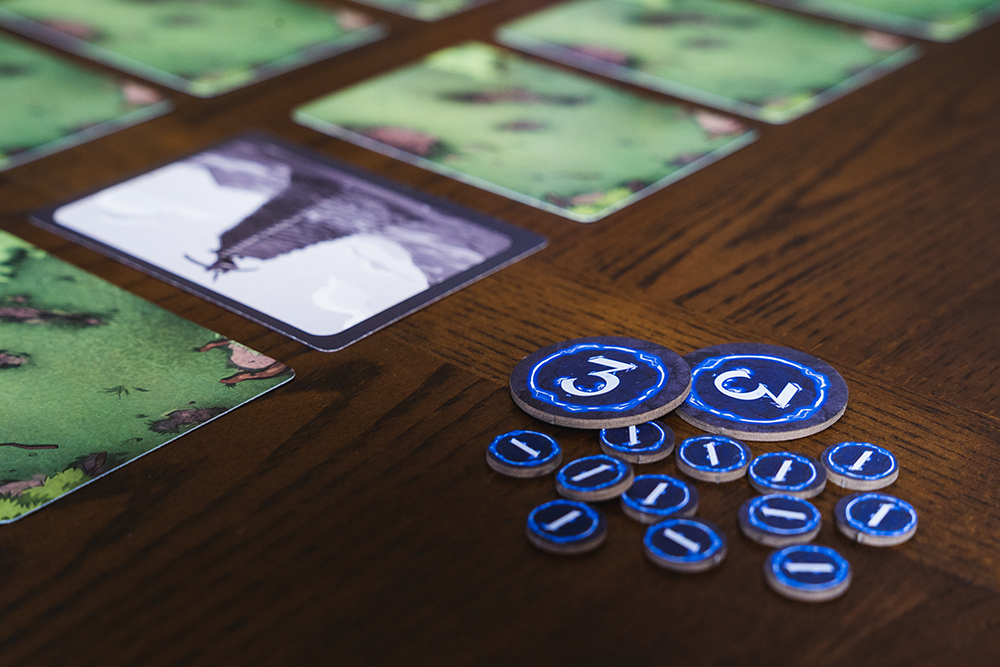 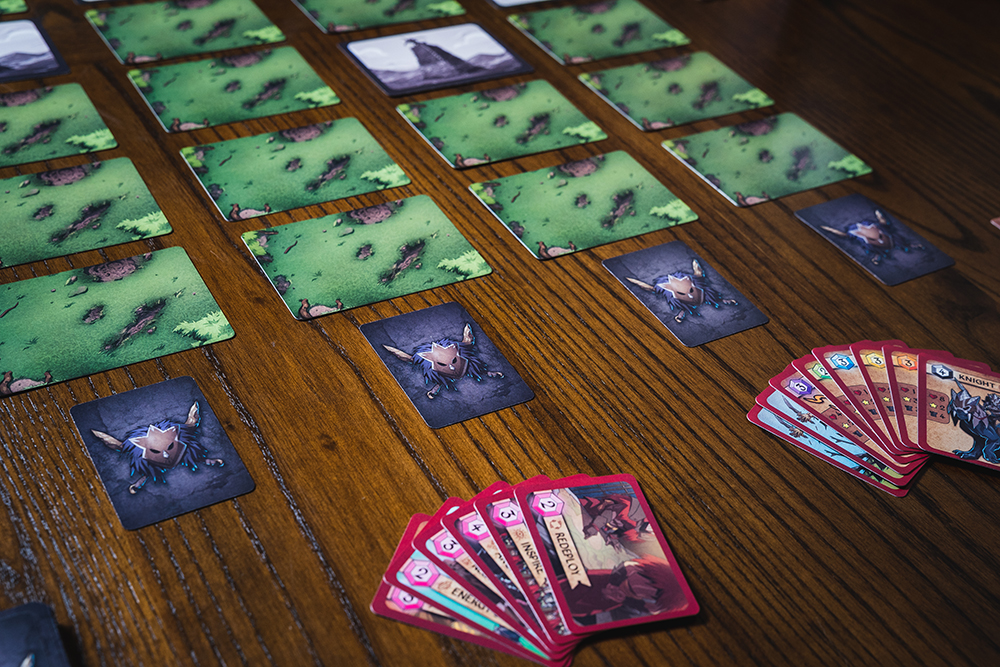 Players simultaneously reveal their cards from the previous phase, remove any Bluffs, pay the Energy cost, and inspect their opponent’s revealed cards. 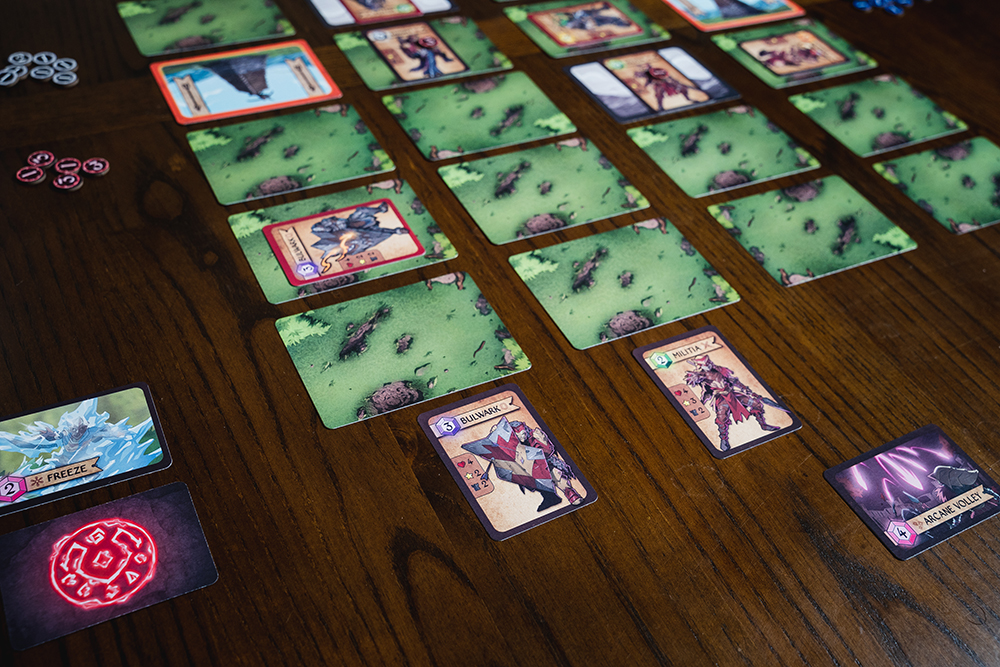 The players take turns resolving one card at a time until all cards on the table have been resolved. 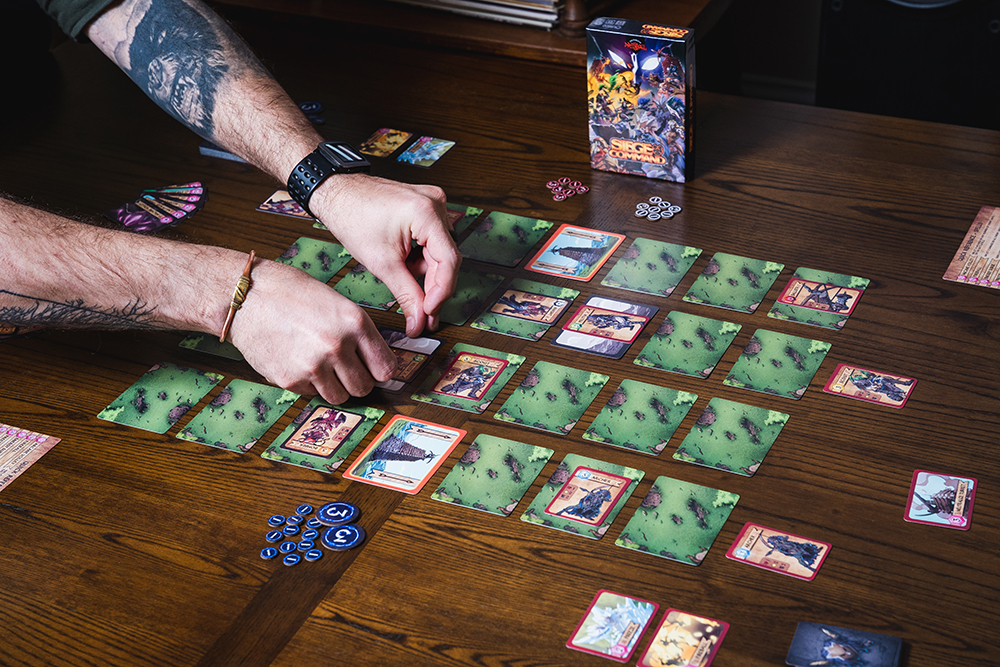 Each active Turret deals damage directly to the opposing player 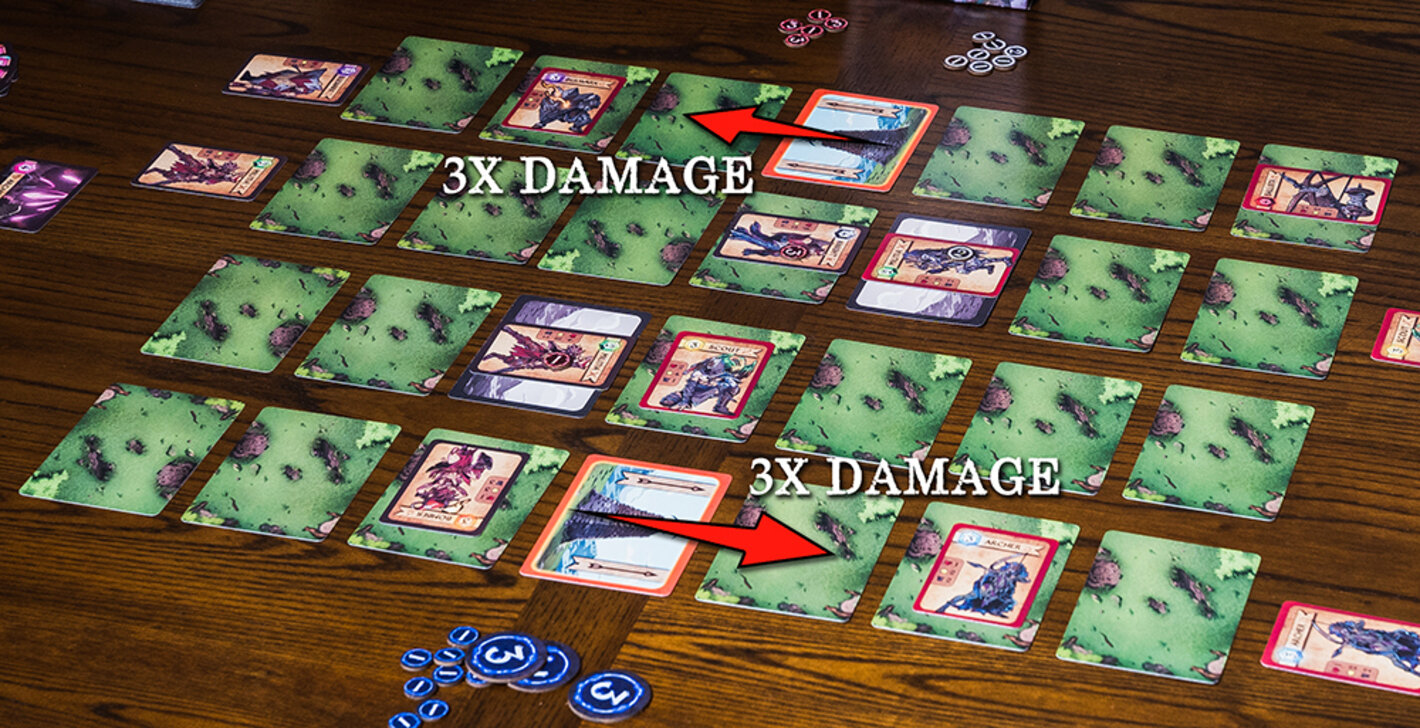 Players gain additional Energy and Units, prepare new Spells, and then start the next round!

If a player survives the Turret Phase and their opponent’s HP has been depleted, they are declared the winner!