Siege Command is a two-player, lane-based strategy game containing a mixture of simultaneous planning and turn-based strategy. Deploying a variety of Units and casting powerful Spells, players battle for control over the Turrets in each of the 4 lanes in order to destroy their opponent's walls.

In the simultaneous Planning Phase, both players place a Unit card from their hand face-down in front of each of the 4 lanes (or a Bluff card to hide their intent) and Spell cards off to the side of the battlefield. Once both players are ready, they reveal their played cards, pay the combined energy cost, and attempt to predict their opponent's strategy before proceeding to the turn-based Action Phase.

In the Action Phase, both players alternate resolving a single card at a time until all cards on the table have been resolved. Players can choose to resolve any Spell or Unit on the table in any order they wish. When resolving Units, players must resolve all of its Action Points in a single activation and then exhaust that Unit for the duration of the round. The main objective during this phase is to establish and maintain control over the battlefield and Turrets, while trying to keep Units alive long enough to reach the opponent's walls.

After the Action Phase, any captured Turrets deal damage directly to the controller's opponent and the game proceeds to the next round following a quick Refresh Phase. Gameplay continues in this manner over several rounds until one player (or both) reach 0 health. If one of the players remains with at least 1 health, they are declared the winner - if not, the game ends with both players standing among the smoldering ashes of their outpost in a draw. 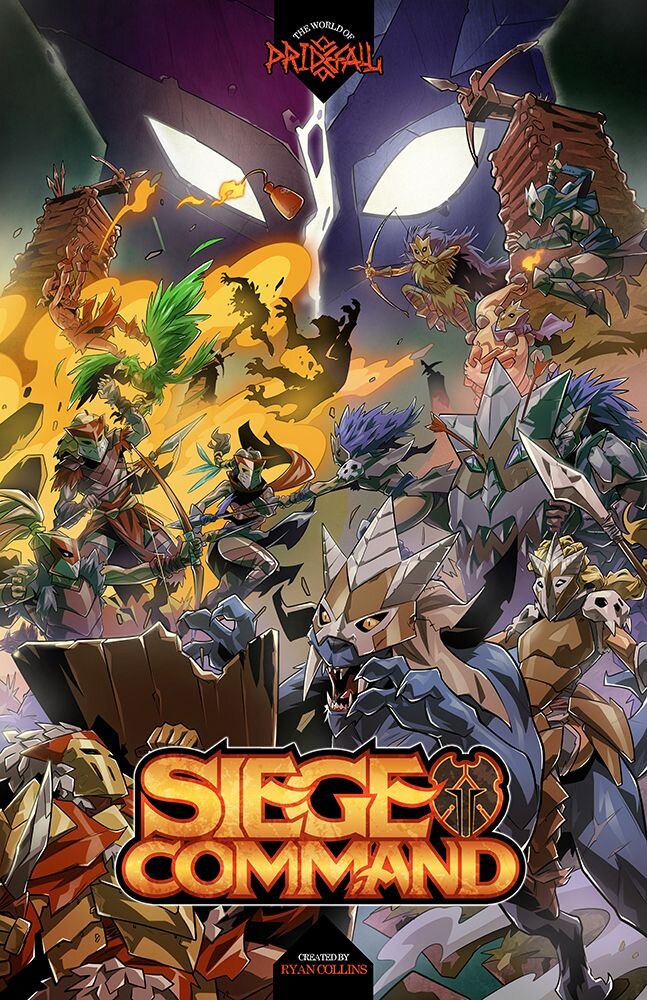 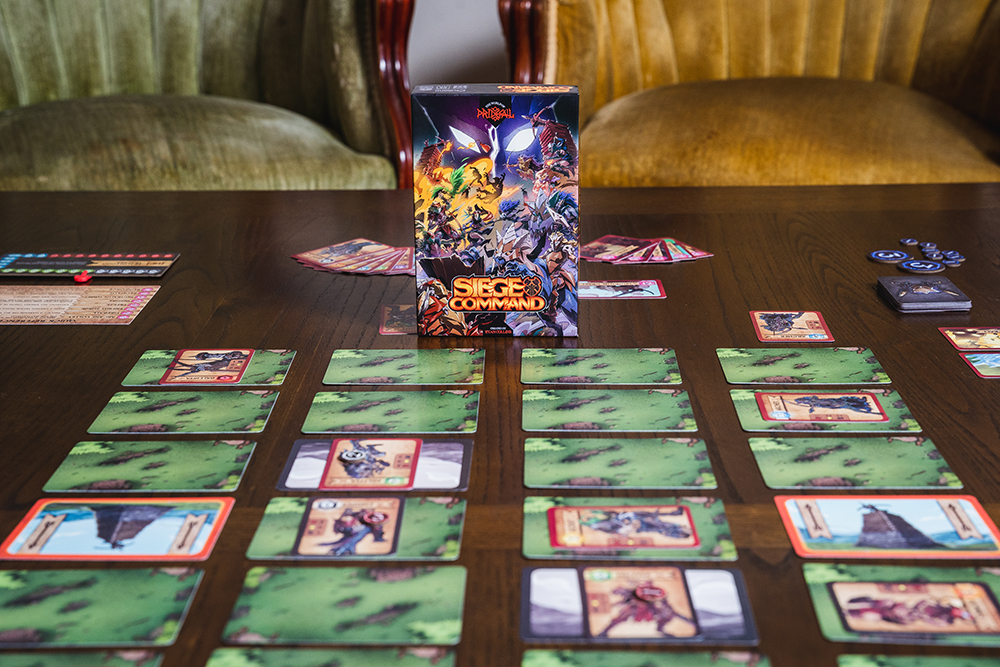 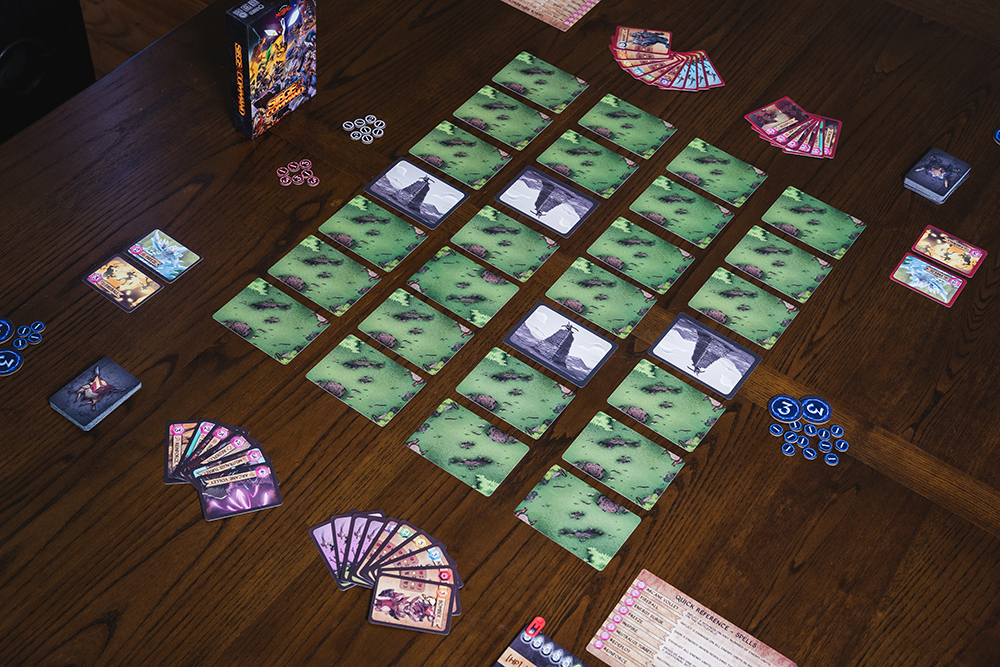 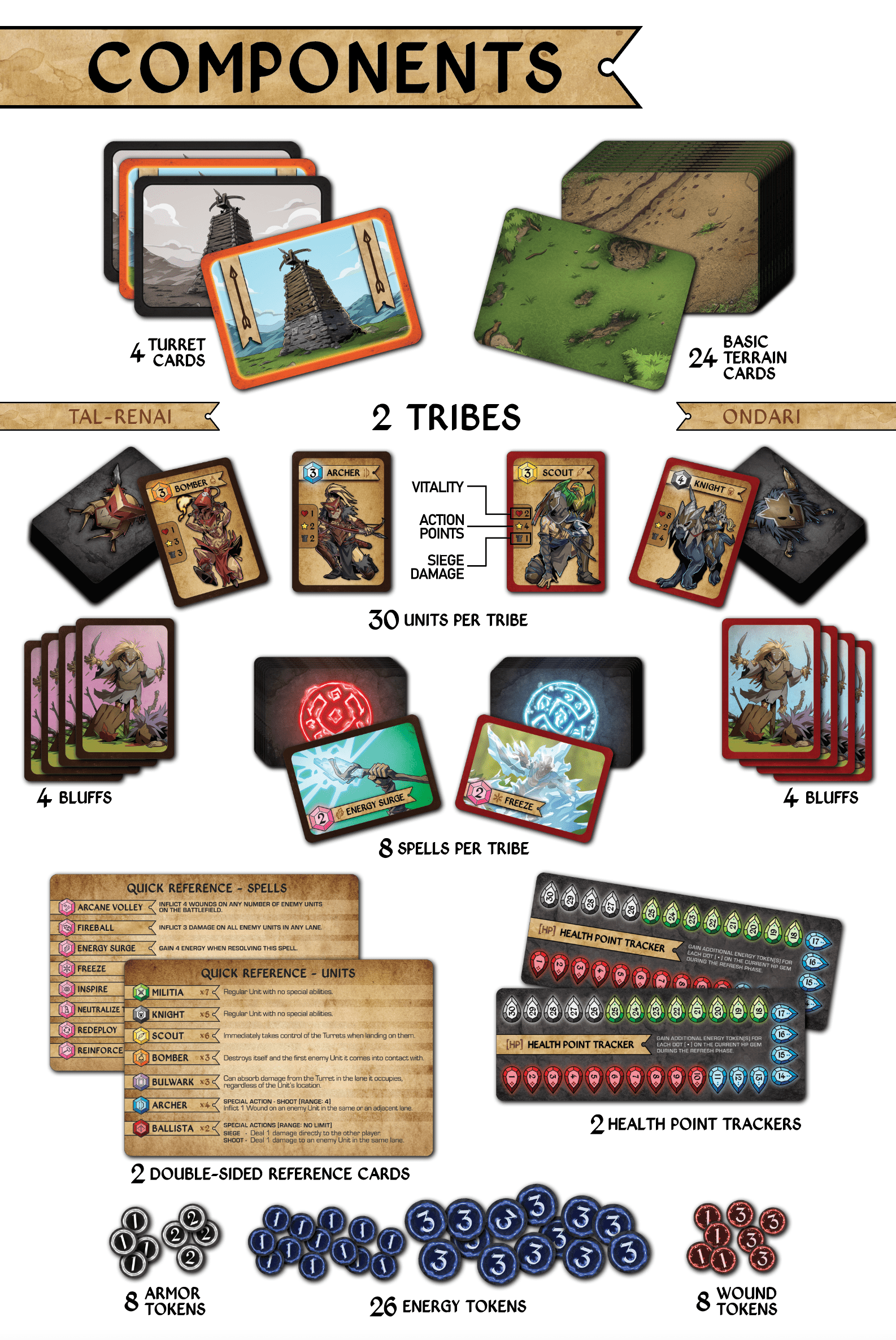