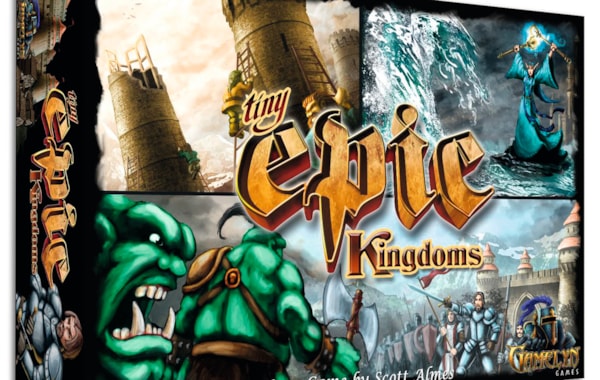 Tiny and epic, turning to Kingdoms

Games in the 4X genre (explore, expand, exploit, and exterminate) have always been known to be big, huge even. Think of video games like Civilisation or Stellaris, or their tabletop siblings Twilight Imperium and Sid Meier’s Civilization: The Board Game. They take ages to play, have a lot of moving parts and components, and are unlikely to be new player-friendly.

Looking at these giants it is hard to imagine a small game, that fits into a tiny box, uses minimal components and takes half an hour to play, while still maintaining the core feel and strategies that make 4X games so compelling. Yet, Tiny Epic Kingdoms has it all while also giving players an option to play with 13 different factions, each with their unique abilities.

Every player starts on their territory, but inevitably – as everyone is competing for the same goals – expand into enemy lands, battling for resources and control. Even if outright conflict can be avoided, players are always in competition with each other – whether rushing to activate the action they want or be the first one to build the tallest tower. Although the gameplay is not complex, it still has enough strategic elements to ensure that every move matters and the order in which actions are performed is important.

The only area that Tiny Epic Kingdoms could have been improved on is the artwork. While there is a certain charm in the way the characters on the faction cards are drawn, the terrain tiles, especially with their dark grey borders, look gloomy and a little dated laid out on the table.

Although not the best looking of games, Tiny Epic Kingdoms rules with its surprisingly simple, yet very engaging gameplay. 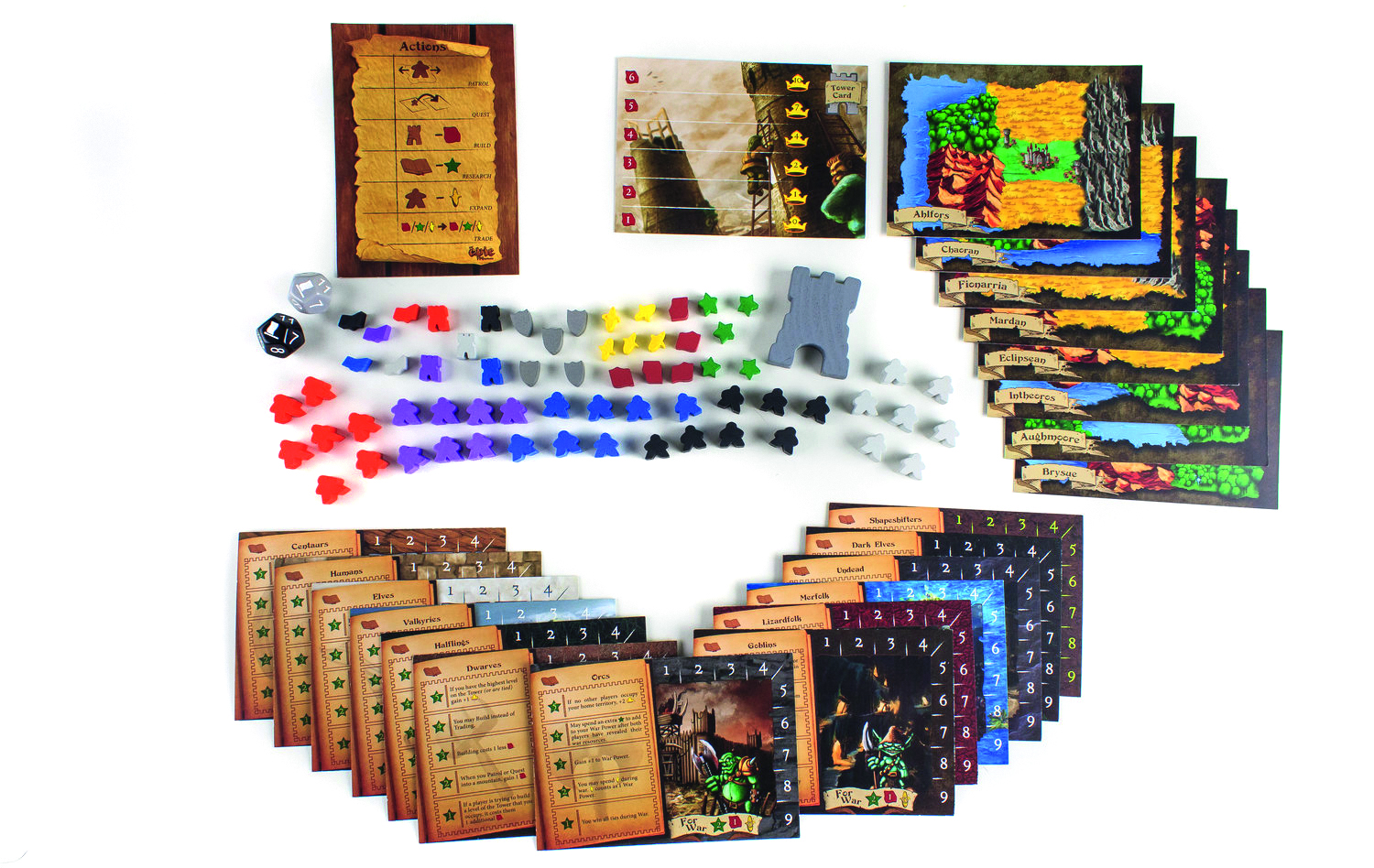