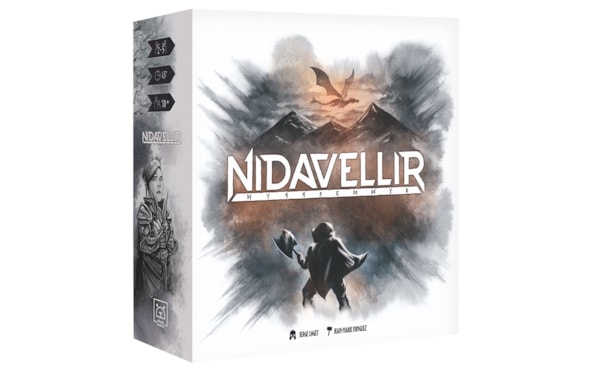 Live the life of a dwarven accountant

One of the best feelings in board games is a sense of escalation. Whether it’s the visual satisfaction of constructing a grand castle city or the painstaking development of a quaint farmstead, escalation remains vital for the generation of tension and momentum. Some games manage this merely through theme and narrative, but in most cases it is left to mechanics. Thankfully, the latter is undeniably true for Nidavellir, but can mechanics alone save this largely themeless card game? 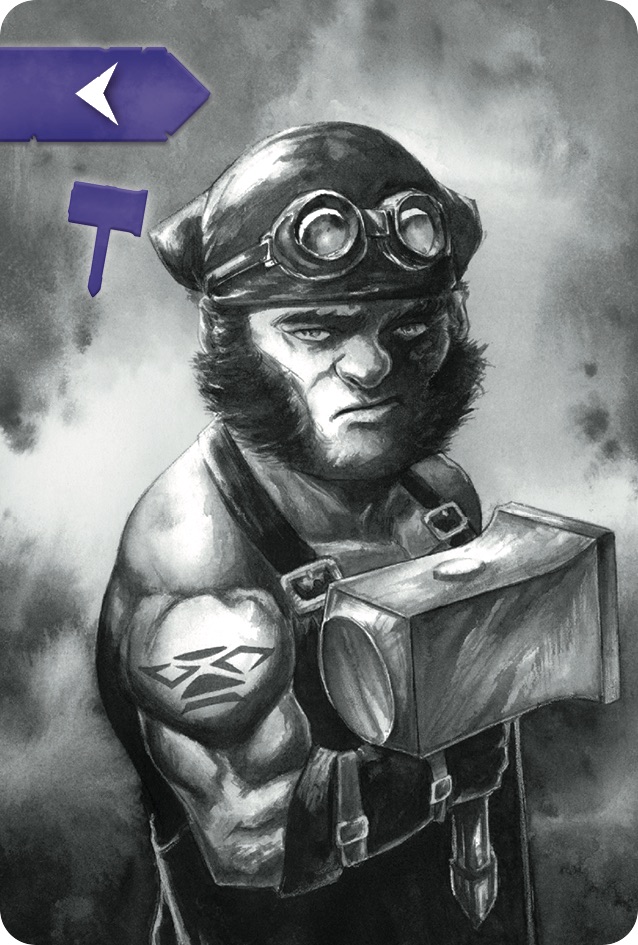 Nidavellir’s arguably dry gameplay resides within an incongruously detailed setting and backstory, concerning a peaceful dwarven realm suddenly facing peril from the awakened dragon Fafnir. In their roles as respected members of the dwarven council, the king has tasked players with gathering an army. It’s all rather epic, but in actuality this noble quest of recruitment essentially amounts to an expensive pub crawl. Players will travel from one tavern to the next, outbidding their opponents to hire the bravest dwarves to join their battalion.

At its simplest, Nidavellir is a set collection game powered by auction mechanics. Two to five players will all start with the same number and value of gold coins, used to bid on one of the available dwarves at each of the three taverns. This will continue over several rounds until both of the game’s two age decks have been depleted, before scoring points based on the various dwarf sets completed.

Mixing up this simple rhythm is the clever and essential ability to upgrade coins each round. Every player will have a zero-value coin, which when played at a tavern will allow for the two coins left in the pouch spot of a player’s board to be traded up for a new coin of the combined value. Only the lowest valued coin in the trade and the one just received will be kept.

This unique ‘coin-building’ system is the strategic heart of Nidavellir, and the drive for the game’s sense of escalation and competition. Not only will players be fiercely battling and bluffing for the cards needed for their sets, but also for those high valued coins. Essentially, having a particularly valuable pouch leads to greater success in the auctions, with the added bonus of each coin being worth its value in points. Some of the game’s hero cards – acquired when completing rows of all five dwarf types – can even allow players to score their most valuable coins again. 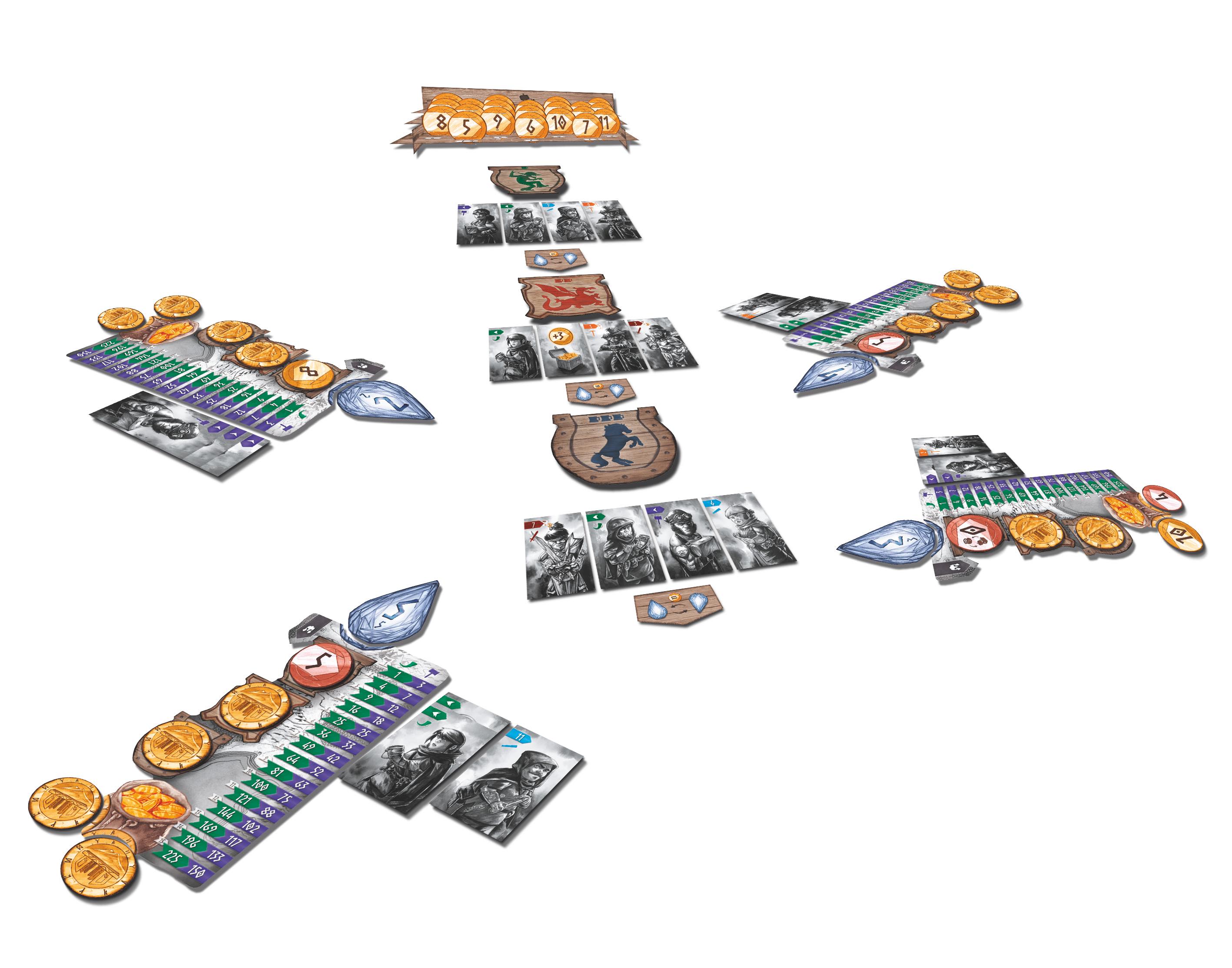 Where theme might be lacking, Nidavellir more than makes up for it with some great components, well suited to drawing players into its gameplay and strange economy. I don’t know what type of person you’d have to be to numerically order coins within a faux-wood display, before hauling it from one cavern to the next – but I like it. The designer could have easily settled for stacks of cards, but this 3D tiered approach – whilst not terribly immersive thematically – is infinitely more fun, tactile, and readable. This flair for presentation and functionality extends to the plastic card holders too, which give the hero cards some visual prominence in line with their – potentially overlooked – strategic importance.

With its easy to teach rules, decent scalability, and addictive gameplay, Nidavellir could easily become a game-night staple for groups of all sizes. Just don’t expect too much from the grand narrative it teases.

Snappy, smart, and addictive, Nidavellir is a thoroughly enjoyable mashup of auction and set collection mechanics. Thanks to its satisfying coin-building feature, it also manages to standout from similar games, all whilst retaining an approachable price-point.

TRY THIS IF YOU LIKED SPLENDOR

Whilst cardboard coins can’t really compete with weighted poker chips, Nidavellir displays its own visual flair and tactility alongside offering those same sensations of progression and accruing wealth.