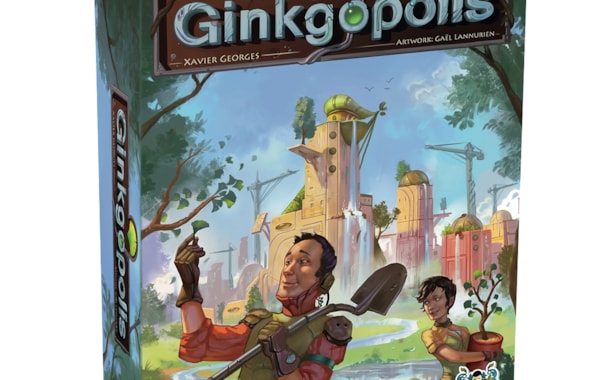 Ginkgopolis is set in a future where humans have exhausted Earth’s resources and must now build cities in harmony with nature, inspired by the Ginkgo Biloba tree. That’s what we’re told, anyway – the theme of this game bears almost no relation to how it’s played and, to be honest, tends to only confuse people during the rules explanation. ‘We’re building… tree cities?’ ‘Well, cities inspired by trees.’

What the game boils down to is area control with a pinch of engine building and a dash of drafting. Each turn you’re going to pick a card from your hand, perform one of two possible actions associated with that card, then pass your remaining cards to the left. You’re all building onto a central grid – the city – which grows outwards and upwards during the game.

The gooey caramel centre of Ginkgopolis is positioning. When you place a tile, or build over a tile, you’ll put down some confusingly-named ‘resources’ – area control markers – in your colour. Adjacent tiles of the same colour form districts. At the end of the game, whoever has the most resources in a district scores a point for every resource in the district, including other players’. If a district is uncontested, the player with resources in it scores double for each one.

You don’t want to contest a district unless you think you can win it, or you’ll just be handing points to your opponent. But if you don’t contest a district, they earn double. It’s a fun dilemma, and Ginkgopolis allows for some devilish counterplays, like building over a tile with a new colour and splitting a district, so your opponent’s majority is now isolated in a single tile (worth nothing) while you take the rest.

It’s by no means a nasty game, but winning requires a certain amount of plan-spoiling and stepping on each others’ toes. Fortunately, it plays quick – turns take place simultaneously, so unless your group is particularly prone to analysis-paralysis you can be done in an hour. If your plans unravel, they tend to do so in the second half of the game, so you won’t have to spend long playing knowing you’ve already lost. 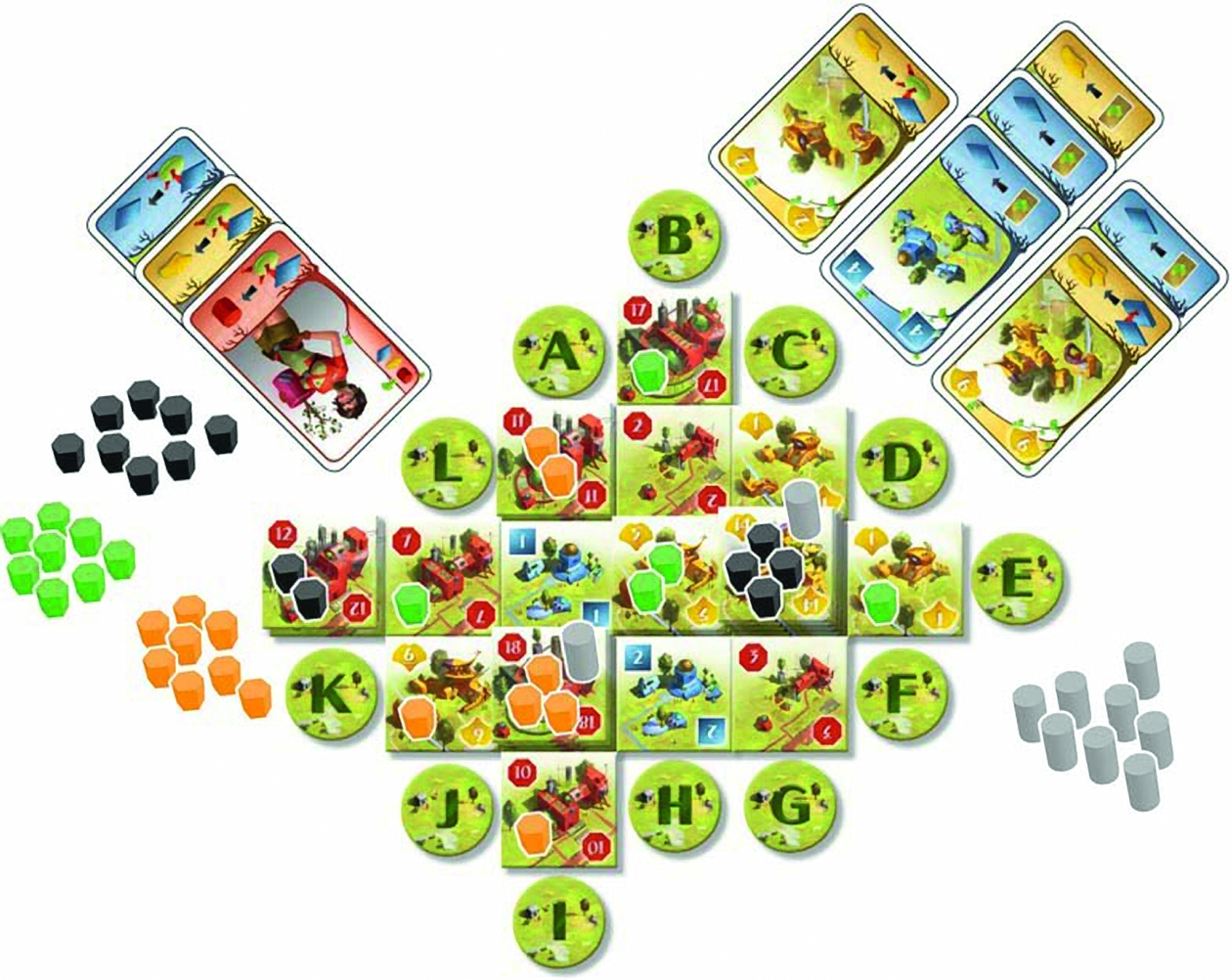 Three to four players is probably the sweet spot for Ginkgopolis. At two players it feels like you’re just pushing victory points back and forth across the table. At three, there’s an exciting dynamic – you’re having a tug of war with one player then another parachutes in with a chainsaw and cuts the rope in half. Drafting character cards at the start offers a small amount of asymmetry, but this game is tactical, rather than strategic. You respond to the board state and the cards you’ve just been handed – there’s no real way to plan ahead, which in some ways is good as players can’t get too bogged down in overthinking it.

It can be a little challenging to teach – it’s best to ignore the theme entirely during the rules explanation – and I suspect some groups will have one game and bounce straight off it. Still, the core mechanics are solid, as you’d expect from a game from Troyes designer Xavier Georges. You’re continually asked to make interesting decisions – not only in terms of what card you play, and how, but in terms of what cards you’re willing to hand to your opponent. Even when you get kicked off of a tile, your opponent must compensate you by paying you one victory point for each resource you’d placed there, so you never feel totally steamrollered. 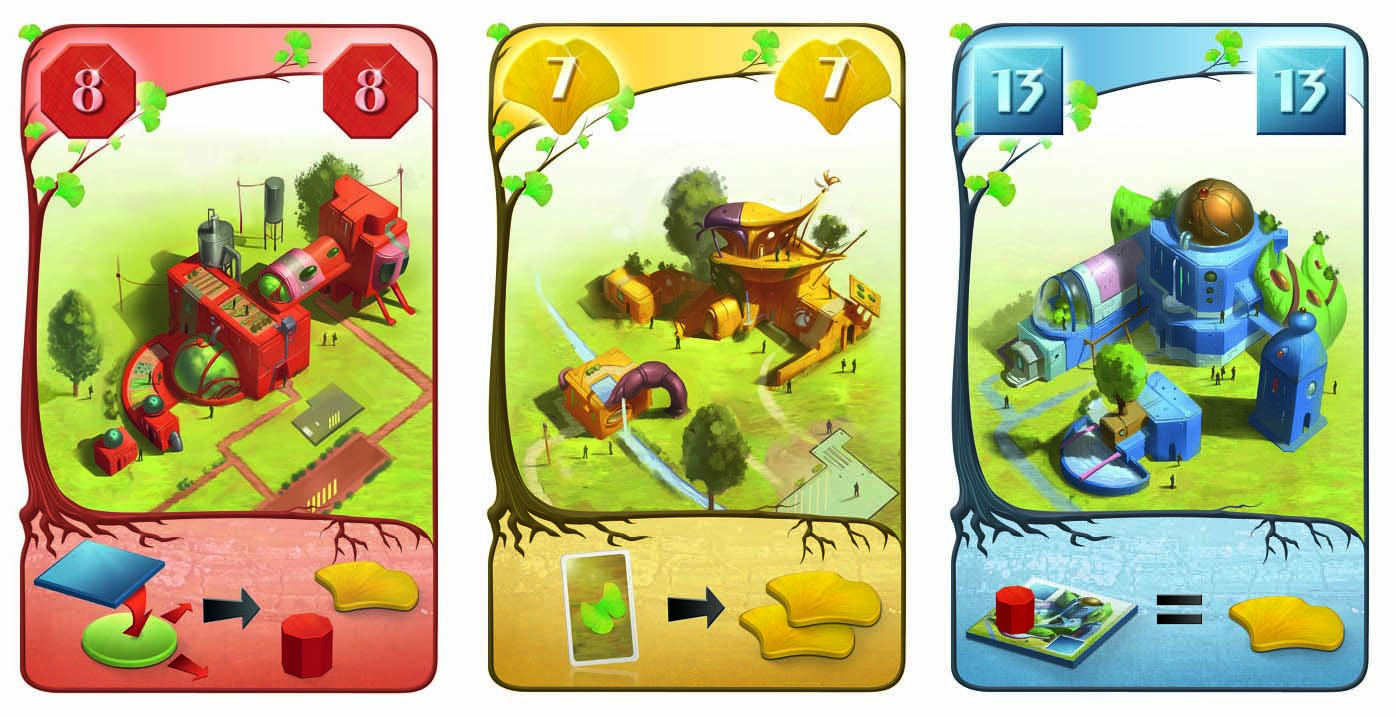 It’s niche, but for the right group, this reprint has the makings of a cult favourite.

TRY THIS IF YOU LIKED Quadropolis

The tile-laying city builder classic only asks that you build a city, without worry about the trees too much.