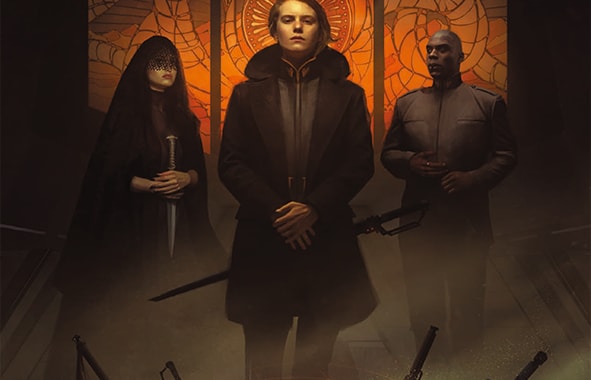 He who controls the dice

If you would prefer to listen to this review, you can find do so through the video below!

This is hard to say without it sounding like thinly veiled criticism, but the most impressive thing about Modiphius’ attempt to adapt the convoluted world of Dune to the tabletop is that it somehow manages to capture the feel of the setting and still work. More or less.

In most contexts, this would be a rather low bar to hurdle. Playing along with the themes of the setting is pretty much the minimum level of achievement you expect from most licensed works, after all. However, as several film studios have found out over the last 50-something years, Dune is not most settings.

If you haven’t encountered the mountain of doorstop-thick books that form the canon, Dune is a sci-fi series of breath-taking complexity and impressive imagination. From the weird technology that looks to replace anything approaching a computer with specialist human minds (if you’re a Warhammer 40k fan, you might find some of the concepts strangely familiar) to the universal reliance on a consciousness-expanding superdrug, what would be set-dressing in other worlds are utterly integral to making the setting make sense.

For perhaps the first time, Adventures in the Imperium makes the 70-ish pages of lore sitting at the front of an RPG rulebook utterly essential reading. Without it, so many of the systems you run into further down the line simply won’t make a lick of sense. It would likely be hard to go more than ten minutes without someone asking why there’s so much sword-fighting in a world with laser guns, or why the rules treat a poison dagger and a nuclear bomb in pretty much the same way (don’t worry, we’ll get to that later).

While the official Dune timeline covers some 20,000 years or so, the designers have rather sensibly chosen to focus the game around probably the most well-known era – that of the original, titular, novel that kicked everything off back in 1965. This tells the story of a far-flung future that blends high technology with feudal politics, where noble houses rule over entire planets and vie for position at the court of an intergalactic emperor. Betrayal, murder and war abound.

The core premise for a campaign of Adventures in the Imperium assumes that you’ll play as the members, employees and hangers-on of one of a noble household. Indeed, the very first step in character creation involves all the players coming together to discuss what kind of house they’ll be serving, and what kinds of roles they’ll be taking in that household.

Depending on how things shake out, an adventure might take place on the ground as you tangle with agents from rival houses and try to handle local problems personally. Or, it might call for your main characters to take a more distant approach and instead send off their agents, soldiers and spies to carry out dirty work on their behalf.

Importantly, the rules are deliberately set up to allow both approaches to take place in the same campaign. If your major characters are, say, the next heir of your house and her loyal retainers, it allows you to quickly whip up a handful of minor characters to carry out missions on their behalf. There’s no need to run into the slightly weird Star Trek-esque situation where the entire leadership team hares off into danger simply because they’re the main characters.

The range of potential adventures this set-up allows is really rather astonishing. It’s easy to go from a subterranean sewer-brawl one session to an ambassador’s ball the next, both of which need to offer up just as many opportunities for danger and success as the other.

There are really two main ways that the Modiphius team could have tackled this. The first is to cut the rules right to the bone – just keep everything so light and breezy that it can easily be twisted to fit any situation. The second is to write rules for absolutely everything; to have special rules for sneaking and for brawling and for duelling and make them all feel as distinct as they (arguably) should be.

Both approaches have their merits, of course. Which is why the designers decided to try mixing them together.

The core rules and concepts that dictate all the rolls you’ll be making and how things fundamentally work have been stripped back to work in virtually every situation you could imagine, all the way from an attempt to win the confidence of a political rival through to a full-blown battle with thousands of troops on each side. 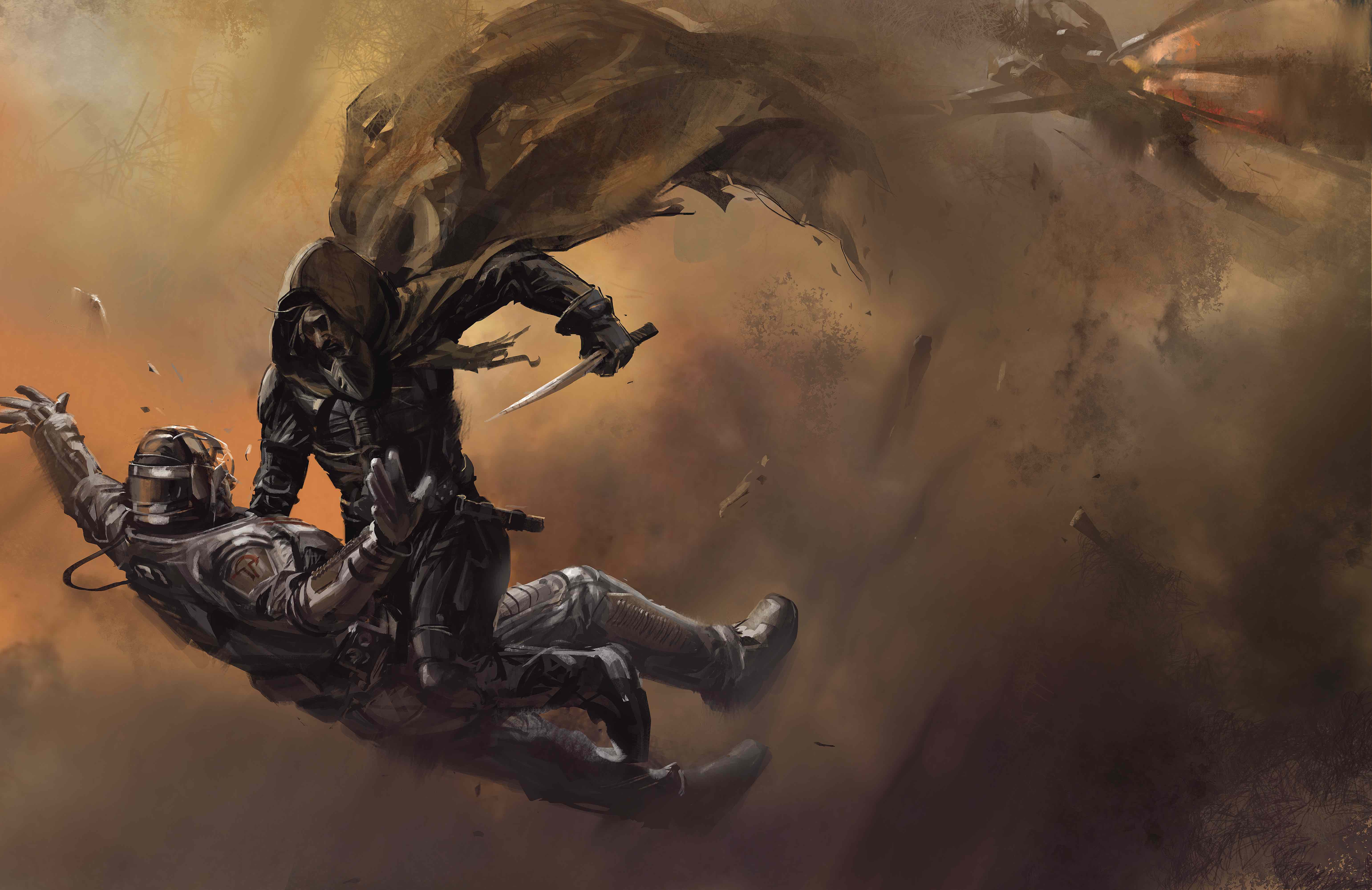 However, this set of fundamental concepts is filtered through slight variations depending on which of about a half-dozen types of conflict you might run into. A first-rate duellist will feel like a first-rate duellist because their skills are tailored to the duelling sub-system, not just because that’s how their player chooses to describe them.

This is all handled rather neatly by Modiphius’ 2d20 ruleset, which powers most of the publishers’ games including Star Trek Adventures and Mutant Chronicles. The main thrust of the system, as you may guess from its name, is that whenever characters run into challenges they need to roll a couple of 20-sided dice. The aim of the game is to roll under some target number determined by the character’s stats.

One of the neat things about Adventures in the Imperium’s take on the ruleset, however, is that rather than using just skills and stats to determine this target number, like in Star Trek Adventures, characters must also draw on the drives. A character who got drawn into a fight with some street thugs because they wanted to protect an innocent victim would naturally draw on their ‘battle’ skill to make an attack, but this would be augmented by their ‘justice’ stat.

This is clever for a couple of reasons. Firstly, it simply allows for a lot more flexibility in how the universe works. The handful of skills you have can be applied broadly enough to fit into almost any situation you might desire. Secondly – and most importantly – it pushes you to always be considering your character’s motivation if you’re going to pass skill your checks.

Want to try and game the system by always acting with your most powerful drive? Guess who just got tricked into roleplaying.

Another big change to the regular 2D20 system is Adventures in the Imperium’s introduction of two new terms – assets and traits. These feel heavily influenced by Fate’s ‘aspects’ and work in a very similar way, allowing both the players and the GM to add descriptors to the world that then have a mechanical impact.

Perhaps the best way to think of assets is as tools that unlock certain actions. You can’t stab an enemy without a dagger, you can’t cause a scandal without juicy gossip. Traits, meanwhile, are modifiers that change the world around your players. A ‘rainy’ trait in the world might make it harder to climb the wall of your rival house’s palace and require you to roll another success, while the ‘excellent grip’ trait on your shoes cancels it out.

This can all seem unnecessary at first glance – can’t you just say it’s raining without having to clutter everything up with rules? – but once a session gets flowing the importance of this approach becomes clear. This combination of traits and assets is what you need to allow a game to function on the broad scale of Adventures in the Imperium and still allow things to feel mechanically weighty and for your character’s gear and tools to feel like real rewards for a job well done.

A high-quality asset, for example, causes an extra point of damage when you hit your target with it. Effectively, this means that an heirloom duelling sword and an experimental gunship have the same impact on the game; it’s just that one gets used at the skirmish scale and the other at the battle scale.

Honestly, Adventures in the Imperium is not a perfect game. It demands that its players tackle some rather complex rules and absorb an absolute mountain of lore before they can really get into their groove.

However, if you’re after an authentic-feeling Dune experience, or even if you just want an incredibly deep sci-fi world to tinker around it, it does an absolutely sterling job. It works, and in many ways that is achievement enough. 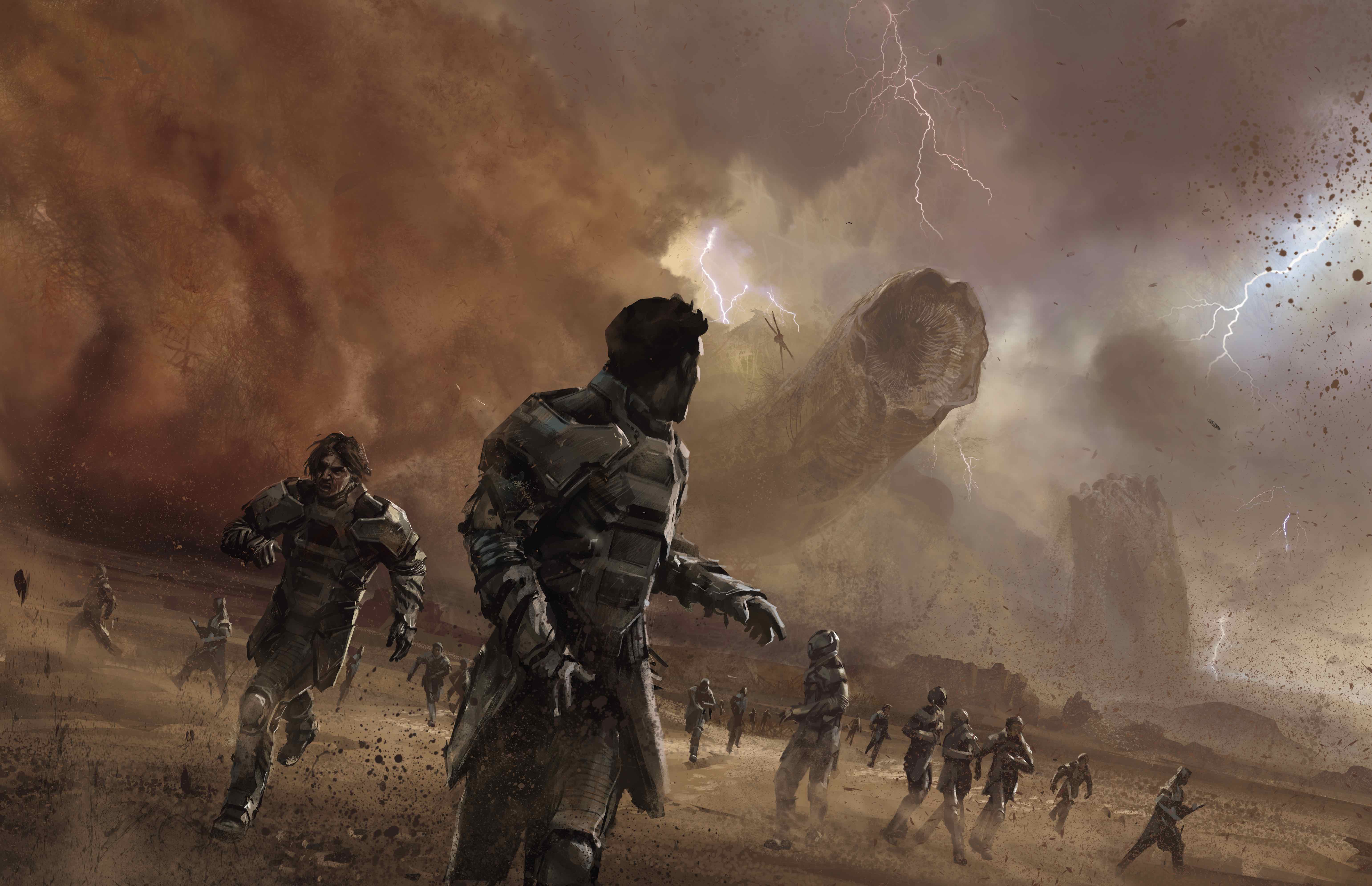 It’s hard to approach if you aren’t already a fan, but if you know your melange this might be just what you’re looking for