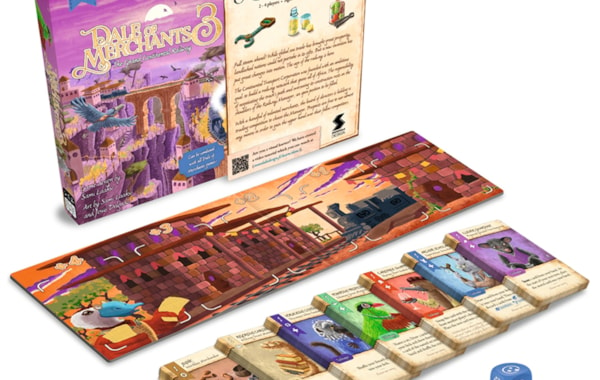 Sami Laakso’s anthropomorphised, and endearingly cute land of Daimyria was first introduced in the small-box deck builder Dale of Merchants in 2015. Since then the game has spawned a sequel, a big-box compilation, and the charming offshoot miniatures game Dawn of Peacemakers. With this new standalone expansion, the series welcomes six new animalfolk, all vying for the title of railway manager in Daimyria’s grand new age of steam.  To do so, these cute critters must flaunt their unique skills as talented merchants, and rise above the rest by any means necessary. 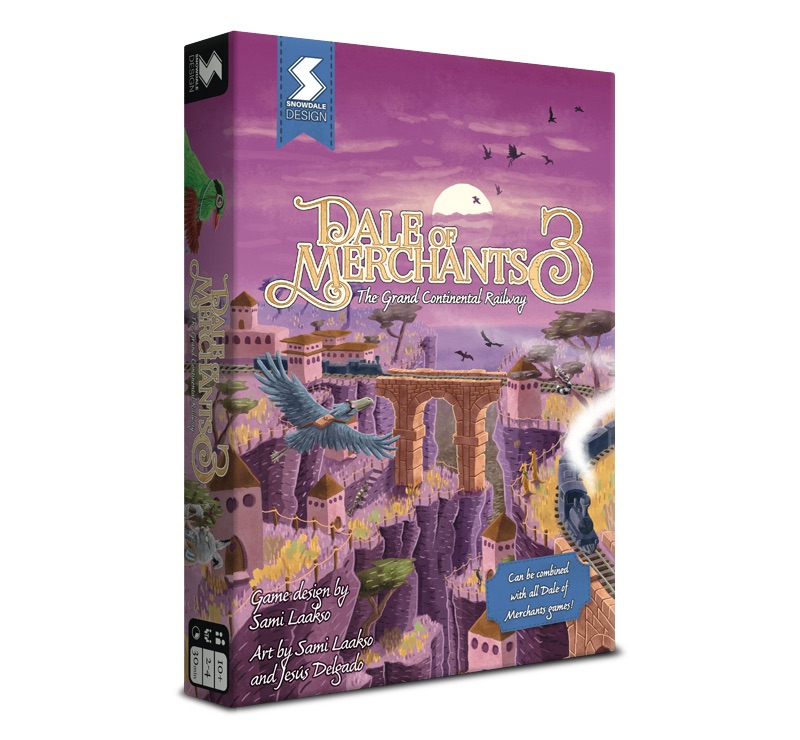 Dale of Merchants 3 works much the same as its predecessors, but with each new deck of animalfolk introducing some minor fluctuations to gameplay. Games still start with players deciding upon which three decks to combine, before receiving identical hands of ten cards and drawing five. From here on in, turns will whip back and forth as players play cards for particular abilities, buy cards from the market, or place cards in their stall.

Just like real life, claiming the title of railway manager involves being the first to create stacks of goods valued one to eight in ascending order. These cards are placed sequentially in players’ stalls, with each stack demanding the prerequisite of containing matching colours alongside the exact value. Of course, once placed, these cards are effectively out of the game, along with their abilities and buying power, making the decision to play them an occasionally tricky one.

Not unlike many deck builders, Dale of Merchants 3 struggles to use its central mechanic as a means of drawing out the game’s larger theme. But, where it does succeed is in conjuring  some light thematic elements and personality from the workings of each of the six animal folk decks. The Archiving Desert Monitors are masters of controlling their decks, letting players manipulate their discard piles by priming them with cards to snatch up later whilst refining the cards in their hand. Similarly, the Prepared Grizzled Tree-Kangaroos gain a sense of control through the introduction of the ‘Store’ mechanism which gives players a new area to prepare cards for future turns. Other animals are more interactive, such as the Scheming Green Magpies who snatch specific cards from opponents if guessed correctly. The Sharing Short-Beaked Echidnas on the other hand are less aggressive, usually swapping cards back and forth or compensating their targets in some form. The final two animalfolk, the Discontent White-Headed Lemurs and the Superstitious Snowshoe Hares respectfully rely on hastily discarding cards or blind luck, with the Hares making use of the single die included in the game. 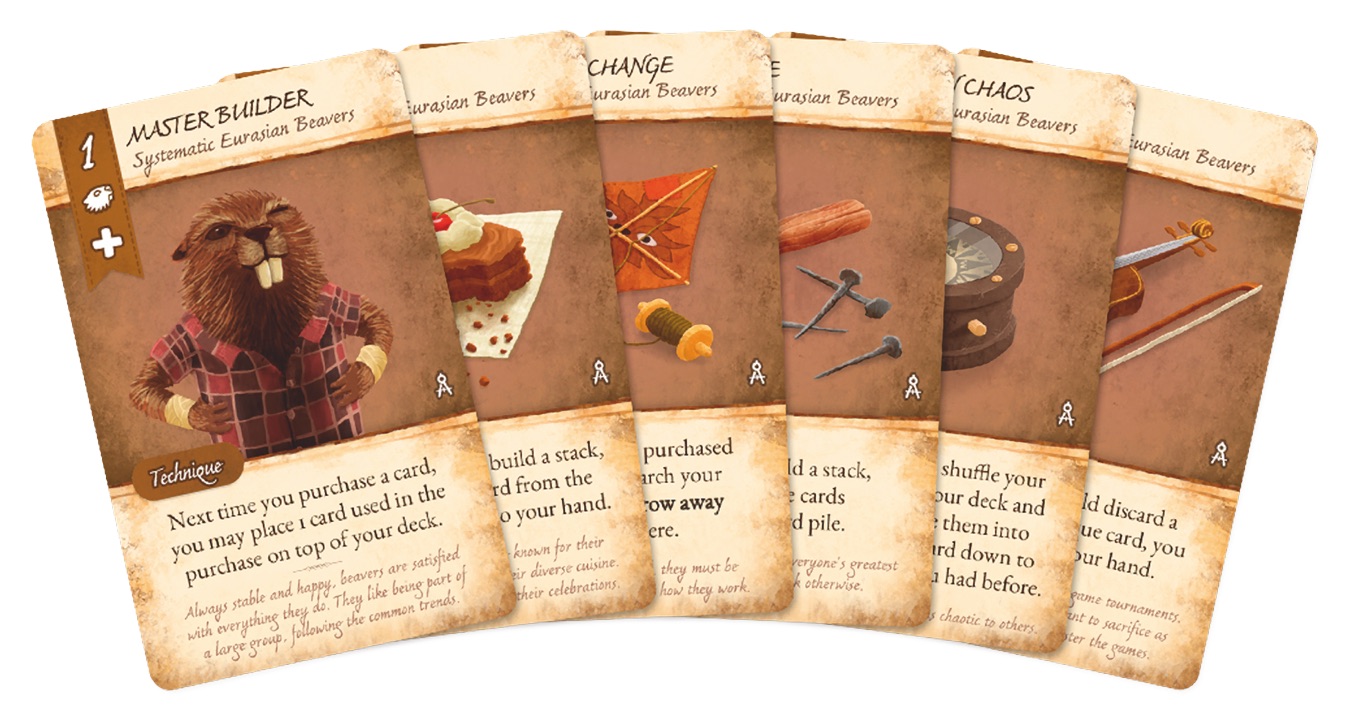 These contrasting personalities do shine through, and make the mixing of various decks – including with those from the base game – a joy to experiment with. Furthermore, deck combinations can be tailored for specific play styles, be they mean and interactive or more passive and strategic. Unfortunately, some of this flavour gets bypassed in the rush to simply achieve the numbered stacks. Often, the need to push for victory outweighs players’ desires to fully explore clever card combinations and powerful actions, making games feel occasionally stunted. Nevertheless, Dale of Merchants 3 is a cheery and charming light card game, perfect for those turned off by the dour (but masterful) Dominion.

This light and adorable deck builder intertwined with its inviting setting is an ideal candidate for gamers new to the genre, whilst its tense and clever endgame should satisfy most aficionados.

TRY THIS IF YOU LIKED VALLEY OF THE KINGS

Sharing similarly small stature and a number of small, captivatingly innovative mechanisms, both titles stand out in the crowded deck building market.