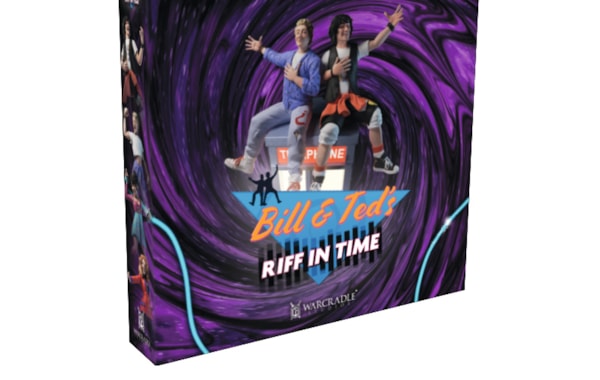 Excellent Adventure or Bogus Journey? Time to Face the Music…

“You haff sunk my battleship!” Anyone who’s seen Bill & Ted’s Bogus Journey knows the two founding members of Wyld Stallyns are well into their board games. So it should come as no surprise to find Preston and Logan’s return to cinemas (during that brief period when cinemas were open) with third outing Face the Music accompanied by a tabletop take on their time-travelling antics.

Devised by UK-based outfit Warcradle Studios, Bill & Ted’s Riff in Time isn’t a direct tie-in to the latest movie, and on the surface at least it connects most closely to the first film, Excellent Adventure. Bill, Ted, Joanna and Elizabeth are still young and fresh-faced, while their chronology-hopping phone booth is crammed with the out-of-time likes of Joan of Arc, Genghis Khan, Napoleon and So-crates. However, it does plug into Face the Music’s idea that the space-time continuum is unravelling, dumping personages of historical significance in the wrong place and time – something it is down to you dudes to fix. 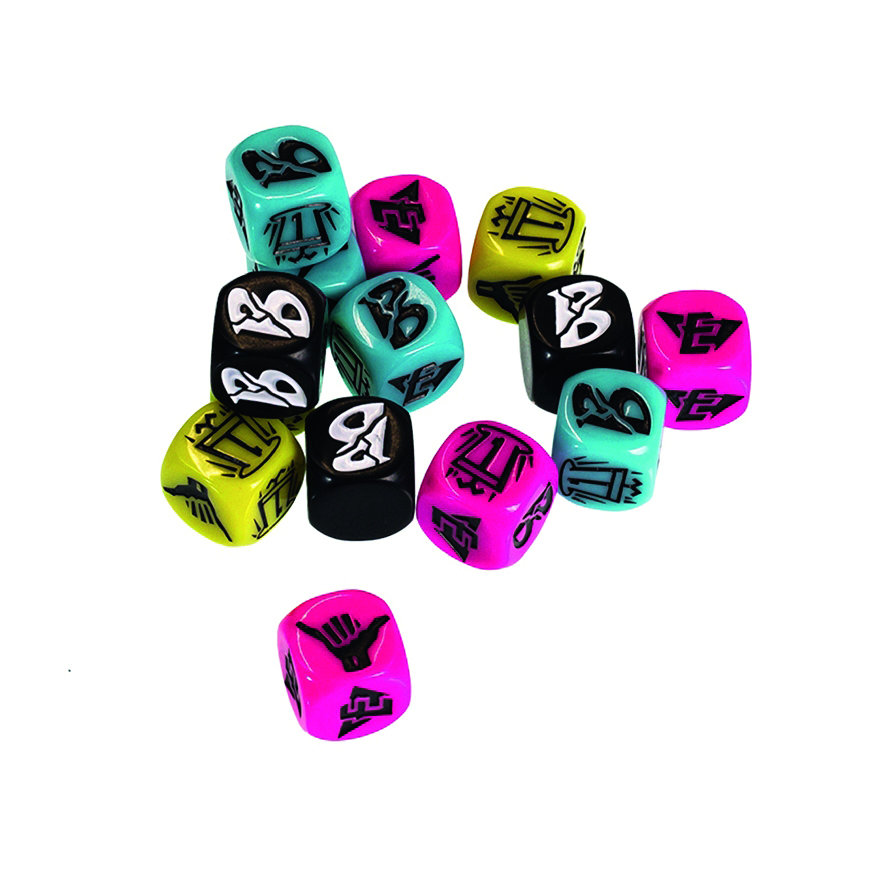 Similar to Back to the Future: Dice Through Time, the cooperative gameplay involves zipping between eras and locations to pick up and drop off, with your available actions determined by much rolling of customised dice. However, Riff in Time doesn’t play with the time theme quite so smartly. Where Dice Through Time allowed the characters’ past selves to leave dice on the board to aid their counterparts in future years, this game less imaginatively gives you a single re-roll per turn. There are a few other ways to mitigate those throws (such as from temporary abilities awarded by some historical personages, which you gain for as long as you keep them in your phone box), but for the most part your tactics each turn are limited by cube-induced randomness. This can become quite exasperating at times; one of our games was over within 20 minutes, simply down to repeated bad rolls.

Like many co-ops the difficulty level is defaulted to ‘high’, making it unsuitable for easily frustrated younger players. In essence, it is another Pandemic-ish attention-dividing scramble for survival, which requires you to dart manically around the board managing each location’s rift level, while also making sure you get every personage back to their own time, before San Dimas itself hits a rift level of 20, causing the end of existence. Every turn begins with the draw of a card which, most of the time, does something crappy, and every round ends with a shoulder-sagging increase to the San Dimas rift level.

On the plus side, it is a high-production-value product, with the circuits of time fantastically rendered on a double-thickness board, each location envisioned as an amp dial which you can actually turn up and down. The miniatures look great, too – although if you want So-crates and co. in mini rather than standee form, you’ll have to fork out an extra £35 for the Rufus’ Remix set.

But in all honesty, despite our decades-deep love for the theme, we found it a bit mechanical and brutal to play; more of a brow-furrowing exercise in relentless problem-solving than a joyful romp around a beloved cinematic playground. 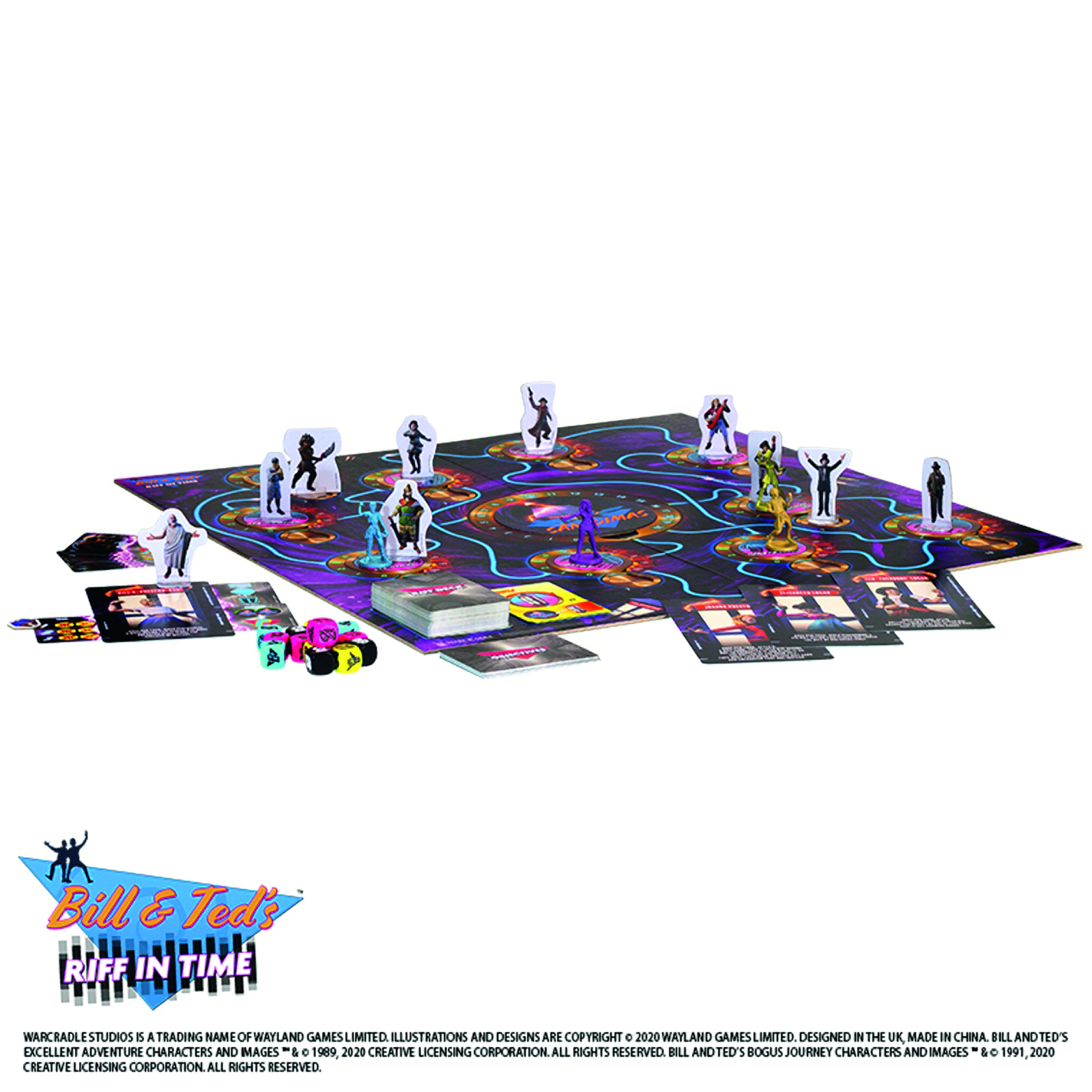 Beneath its fun-looking and welcoming-to-fans surface lies a rather harsh and occasionally frustrating co-op experience.

TRY THIS IF YOU LIKED BACK TO THE FUTURE: DICE THROUGH TIME...

After all, it is another ‘pick up and drop off’ dice-rolling cooperative game based on an ’80s comedy-adventure about time travel.