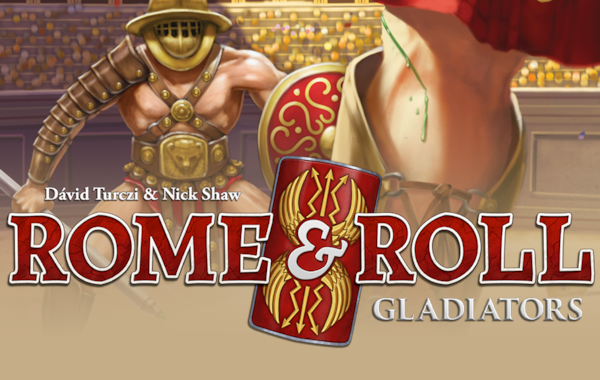 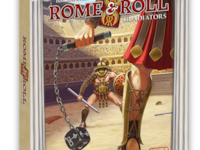 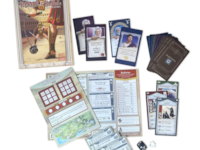 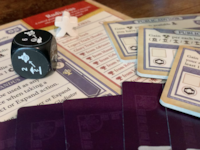 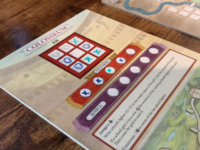 Entertain the masses with gladiatorial combat in the expansion to euro-roll-and-write.

Not content to simply have Rome rebuilt following the Great Fire, Emperor Nero also demands that the public be entertained. This is the task thrust upon players in the upcoming Gladiators expansion for the euro-roll-and-write hybrid Rome & Roll which comes to Kickstarter on 24th February.

“Our aim with the Gladiators expansion was to enhance the combos that made Rome & Roll kick, and push them to eleven!” says codesigner Dávid Turczi.

Published by PSC Games, Gladiators adds a wealth of new choices and varied gameplay for fans of the dicey euro.

As leading members of Roman society, players will now be sponsoring games in the Colosseum, where gladiators will battle it out for the enjoyment of the crowds. This means building Ludi, where gladiators can be trained in one of two competing schools, and Arenas, where they can hone their skills.

Gladiators are essentially a special new resource to Rome & Roll, generated by new gladiatorial buildings, God’s Favour cards, or from the gladiator die. They are placed on the new Colosseum sideboard in a grid noughts-and-crosses style so that each of the two schools are trying to create straight lines of three of their fighters. The winning school earns coins for its sponsors, adding more incentive to get involved in this bloody business.

Gladiators also introduces the Rudiarius as a new character class. This retired veteran of the Colosseum has earned his freedom and is able to call in favours from his former masters to gain advantage!

“One of the exciting things about the Rudiarius is his advisors,” says codesigner Nick Shaw. “They allow the player to manipulate and take advantage of some of the new elements from the Gladiator expansion, including the iron resource, shared advisors, and the gladiatorial buildings.”

All killer(s), no filler.

In addition to the combat of the Colosseum, the expansion also adds iron as a valuable resource to your military efforts and Britannia, rich with the resource, as a new region to be conquered and expanded.

Gladiators also introduces a neutral foreman that gets in the players' way trying to disrupt their plans, along with new public advisors that are eager to accept bribes. New building blueprints, Nero’s Bonus cards, and God’s Favour cards also add variety to the core game experience.

In addition to competitive play for up to 4 players, as with the base game, the expansion content can also be played solo. With all the crunchy choices of a heavier euro combined with the quick play time and lightning-fast set-up and tear-down of a roll-and-write, Rome & Roll: Gladiators is a fantastic choice for gamers looking for a dicey euro.

Check out the Kickstarter campaign now