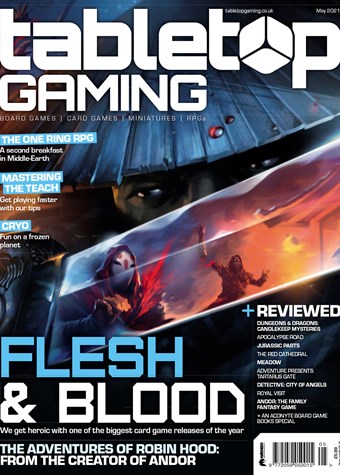 We've talked a lot recently about Flesh & Blood the Card Game, with a full interview with the designers heading into issue 54, and some epic art from the game gracing our cover – which of course, you can pick up by clicking here  – but we're delighted to share that there's even more news, in the form of a new booster pack named Monarch.

Flesh and Blood TCG is a hero centric fantasy Trading Card Game, designed in New Zealand by a team of gaming veterans. Demand for the game has been high, and reviews overwhelmingly positive, making it exciting to watch out for.

Now that it's becoming available more easily within the UK, we can join in with the excitement of a new pack being added named Monarch, and we additionally hold the exciting news of a brand new card that we can preview today: The Gallantry Gold Card! 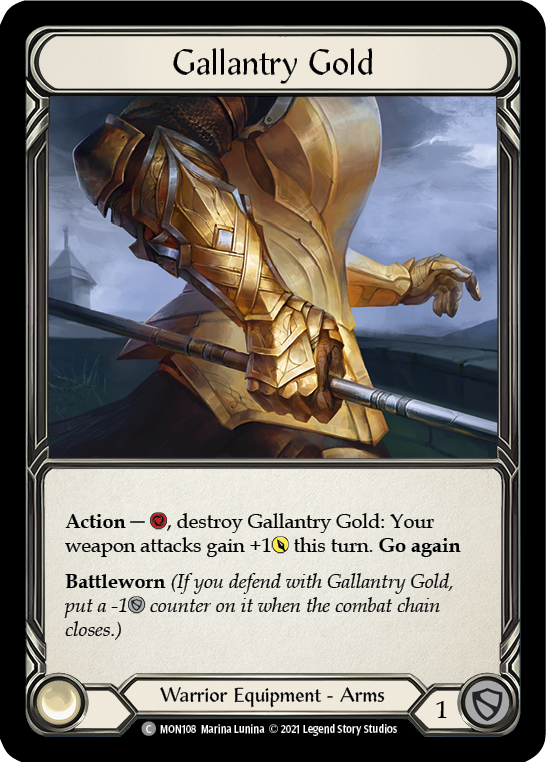 The card is a warrior arms equipment, offering you an action to destroy, allow your weapons +1, and go again, but acts as defence.

The description of the card from Flesh & Blood directly reads: "Brace yourself for battle with Gallantry Gold, granting the ability to empower your attacks or deflect the fiendish strikes of the Shadows. A solid line of defence for any warrior, whether they come from the golden city of Solana, or the distant lands which lie beyond".

The card will be available as part of the Monarch pack releasing on May 7th, 2021.

We put together a brief introduction to the game and what you can expect, plus showed off the card itself within a video that you can catch below!