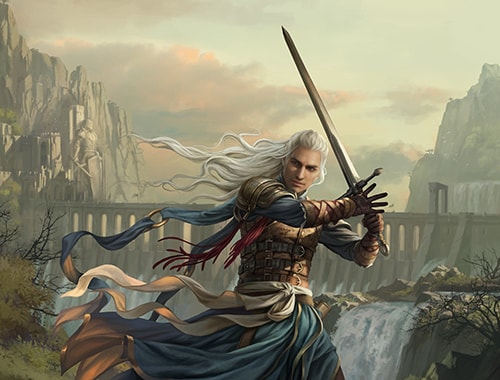 And we caught up with Marc Andre all about the game

Save the world of Kivros in Soul Raiders, the latest game from Marc Andre (a name you may remember from a rather different style of game in Splendor), which is a story driven, cooperative and action packed game that hits Kickstarter today. The first from the studio One for All, cofounded by Andre and publishing veteran Hicham Ayoub Bedran, it uses the Running Quest System, an GM-less experience that encourages cooperative and narrative games such as we’ll see here. Add in artwork from Guillaume Tavernier (De Architecturart) and Magali Villeneuve (Magic The Gathering), and you find Soul Raiders – the first for this team, but looking to appeal to the market with a new experience. 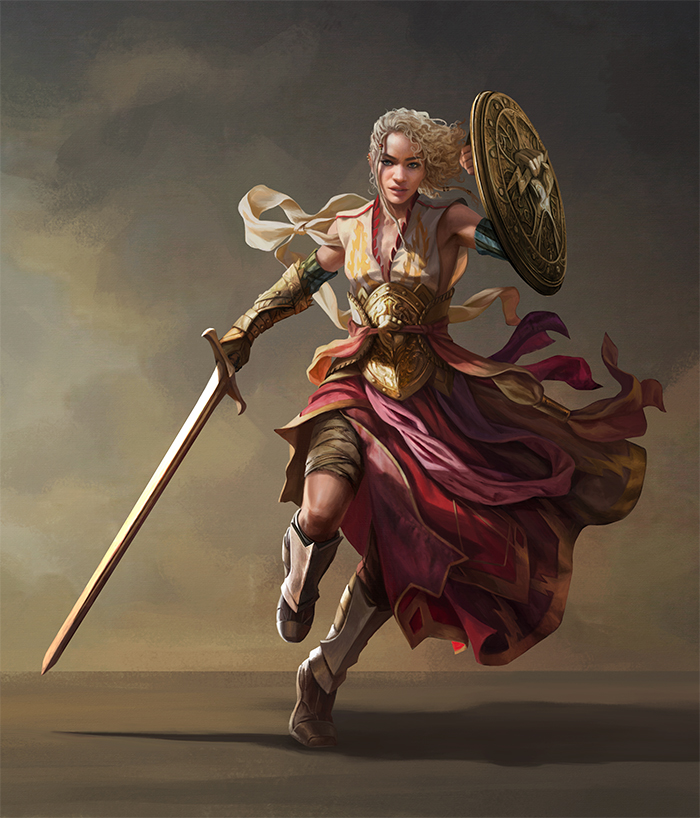 The game sees you become powerful heroes, in a world you can explore freely, and through prompted story passages, using the Running Quest system. The design is almost book like in structure, each game is divided into chapters, which set up specific stories and requirements, quests and adventures, with a common goal of meeting quests, having adventures, and a few scuffles along the way.

We spoke with Andre about Soul Raiders moving from concept to reality.

In terms of play, Andre describes it as ‘rhythmic’, as the streamlined game system lets heroes perform individual actions in such a way that makes sense and keeps cooperation at its heart. “The players win together, or they lose together.” He says of it, where players are not eliminated as you play, but eventual loss of health is cataclysmic for all.

“The world of Kyvros is quite large, but the three chapters to be played are in a smaller geographical area. Each introduction indicates the journey the heroes have taken to get to the place where the adventure will take place”, he tells us of the world he has created. However, despite our usual expectations of a player reading to us the in depth storyline and setting for the scene, here there is no GM, no requirement for a specific person to host the game. Despite the story being at the heart of it to build the narrative itself, he explains that “the descriptive narration is kept to a minimum to avoid breaking the fast pace of the game”. Instead, action and discovery take precedence. 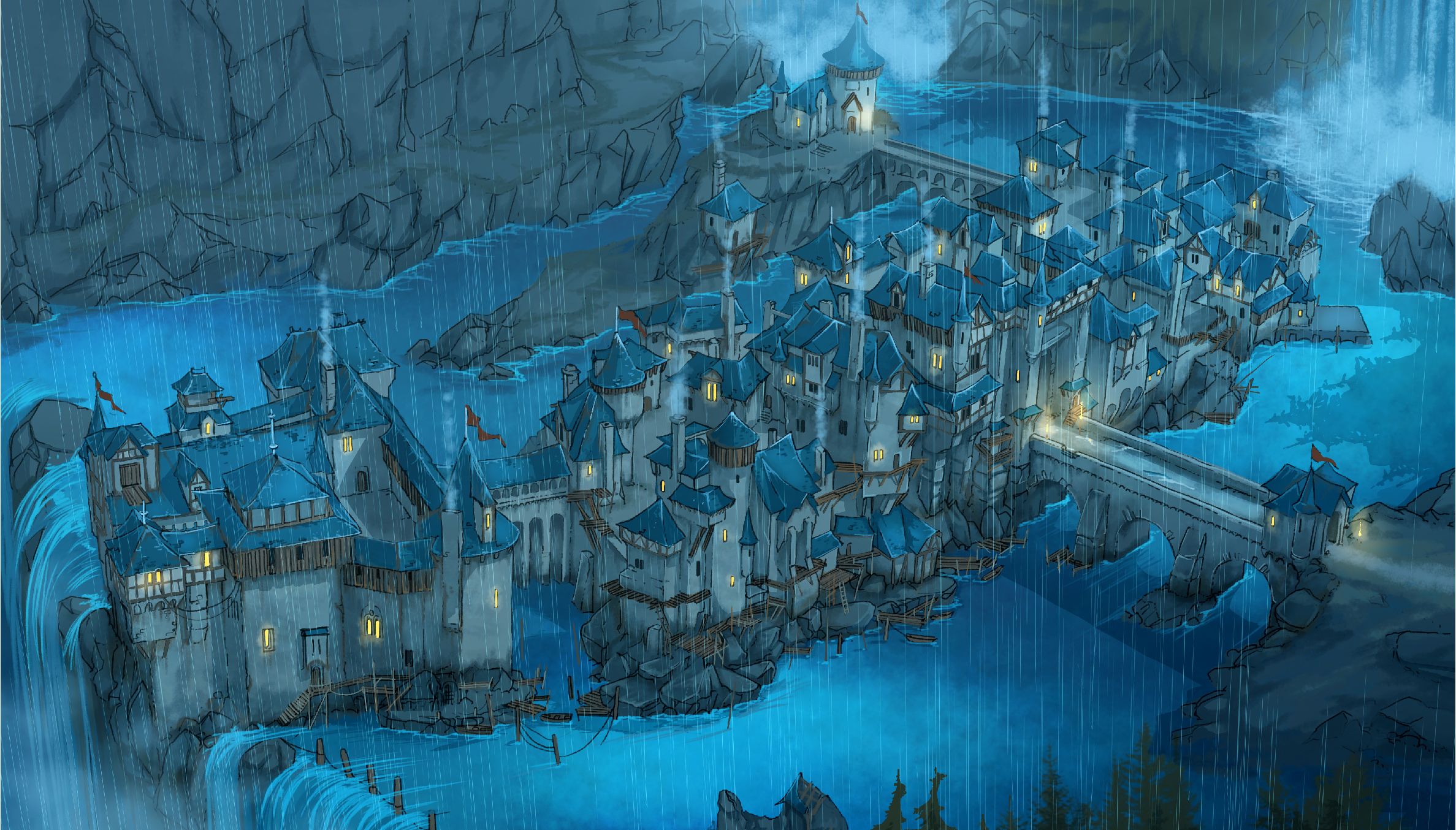 It’s a departure from games within the genre, which prioritise rich narrative structures, and has the potential to avoid players tuning out of long winded explanations. He goes on to explain that:

“except for random encounters which enhance replay value, everything is scripted. However, it is not the most narrative game because a lot of information is depicted as pictograms: players know whether or not more enemies are arriving at the end of the turn thanks to the pictograms indicated on the location card their Hero is currently standing, rather than a game master verbally indicating that heroes can hear heavy footsteps.”

Andre clarifies. “the Running Quest system is not designed for exploring a continent, but perfect for searching an enemy fortress from top to bottom. So, in Soul Raiders the journey is just a narrative, it is not part of the gameplay, so you won't have the impression that your game table looks like a vast world.”

The game itself sounds like a labour of love from Andre, as he explains to us that whilst games usually take between two months and ten months to complete, Soul Raiders was a little different.

“It took me ten years to make Soul Raiders. Ten years is a long time, very hard time. I have carried this project at arm's length and discouragement has come up several times. Fortunately, for the last three years I have been supported by a small but very enthusiastic team. I have held on and I can finally see the end of the tunnel.”

Where did it come from? 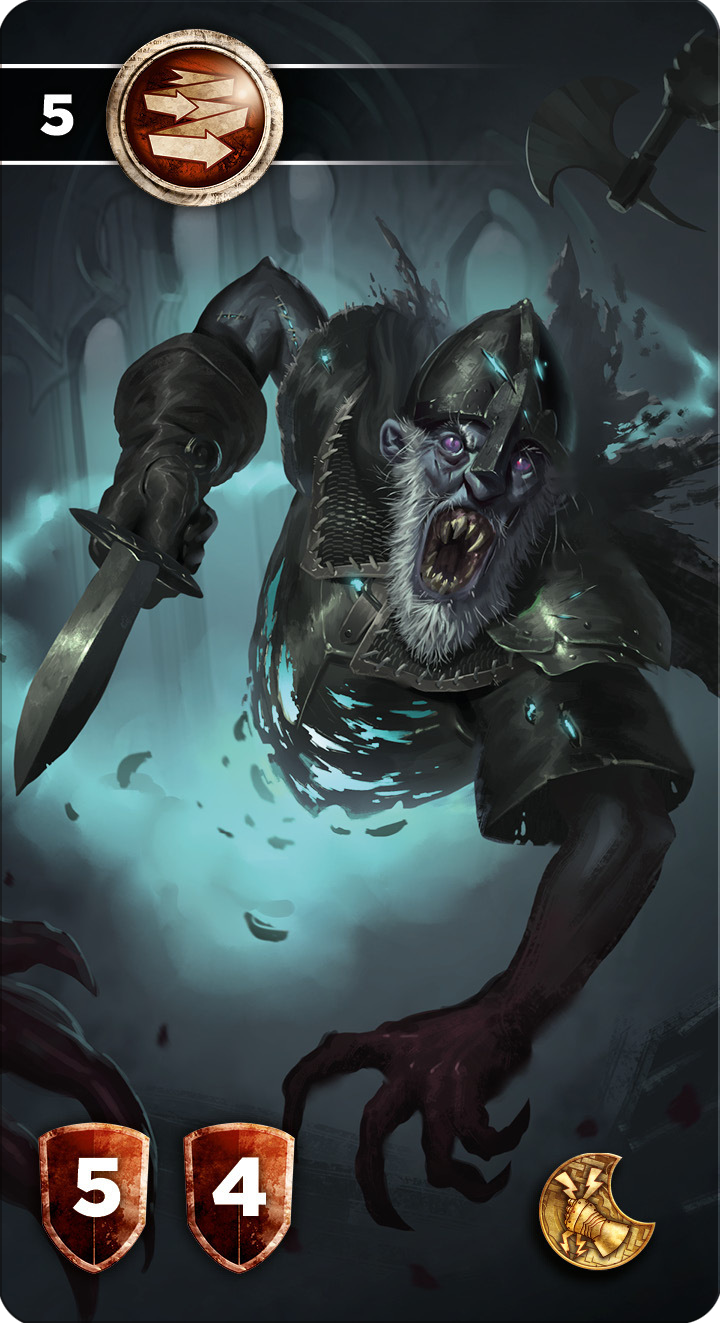 If it took ten years to make, it’s natural to wonder how the idea grew, yet in fact, it was even earlier for Andre.

“More than 30 years ago, I was trying to create a game system that would approach the role-playing experience as closely as possible, but without the need for a game master. The hardest part of role-playing is the action, especially the individual action. I had succeeded in creating a game halfway between a role-playing game and a board game. I took up this work again 10 years ago. But I started from scratch. No more floor plans with boxes. No more monster miniatures. No more combat zones and shooting lines. No more "overlord" player controlling the Heroes' enemies. No more dice rolls with success or failure of the action”. These thoughts would lead to the now used Running Quest game system, for which Andre founded One For All in relation to.

A long list of popular mechanics that many games use to create huge sellers, does he think he’s managed to do so successfully? Certainly.

“With Soul Raiders and the Running Quest game system I think I have succeeded in creating the bridge between the board game and the role playing game and vice versa.”

Whilst that laid down the foundation for Soul Raiders, there was of course, more to be done than just the idea of something that does things differently. Pulling in influences from popular culture and beyond – here, he lists Star Wars, Lord of the Rings, the myth of Cthulhu, The Lone Wolf gamebooks, as well as Greek and Roman mythology – he set about making the game system first.

“When I asked myself the question: what actions will the heroes be able to do? I immediately introduced magic for everyone, so that players would not be limited to combat and movement. When I created the world of Kyvros, I wanted the Heroes, all warrior-mages, to be the center of the story,”, these of course, make up the characters you’ll choose to play and grow alongside as you progress in Soul Raiders. 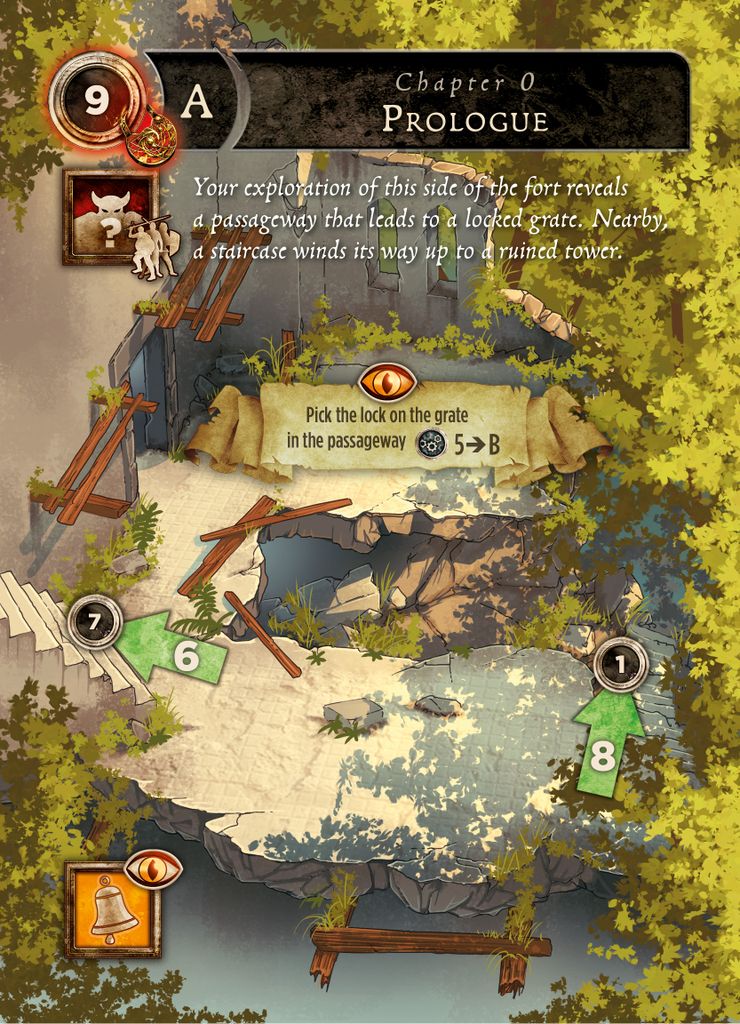 “The game is divided into three chapters. Each chapter is fully scripted and like a novel, the story line is revealed to the players. The Running Quest system is a tool for the writer to bring stories to life, like a role-playing game, but without a game leader. It took me six years to create the game system and I thought it was done. When I started to write the script, some desires appeared that made me add new tools.  This is the case with the hourglass tokens. I wanted an enemy to be able to perform a scripted action after a certain number of turns spent fighting him. So, while the system allows for scripting, scripting sometimes means creating a new process.”

That developed further, assisting in offering upgrades for the characters, creating enemies to come into contact with, and balancing the game – not always in your favour. Too many wrong decisions can be unforgiving, “During a test game session with my son, we played in pure warrior mode and despite the power of our Heroes we failed miserably,” Andre shares.

“In Soul Raiders the enemies are countless. The random enemy deck never runs out. The discard pile restores the deck when it is empty. It is therefore useless to try to clear the area. Better to play more subtly!” 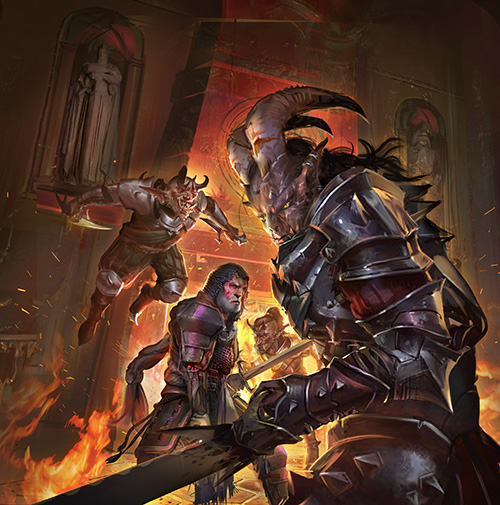 To end, we asked who might enjoy Soul Raiders, and it was understandably a broad category

“Anyone who wants to live an immersive and epic adventure. Anyone who, like me, no longer has the time to play role-playing games. All those who like rhythmic and beautifully illustrated games.” Andre says.

If you find yourself within that category, Soul Raiders can be found on Kickstarter and will run until Friday, August 6th, 2021.