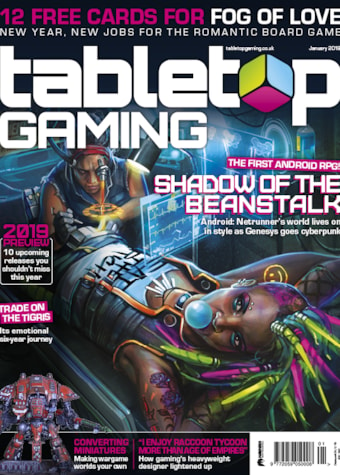 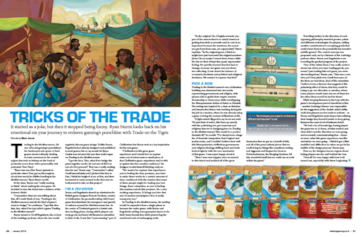 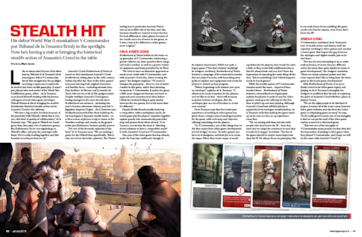 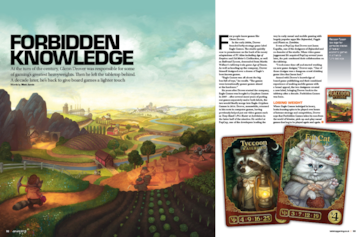 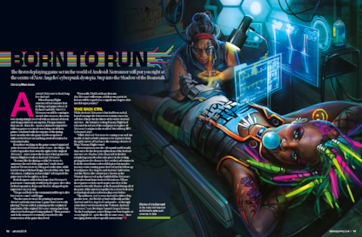 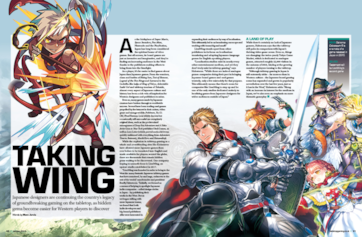 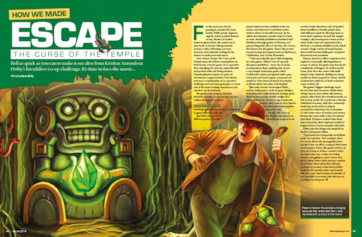 FREE Fog of Love promo cards: A pack of 12 occupation cards for the romantic roleplaying board game, allowing you to fall in love with everyone from a dreamy surfer to an irresistible tax collector.

Android: Shadow of the Beanstalk: The cyberpunk world of Android: Netrunner comes to life in the first RPG based on the setting. We speak to its designers about exploring the far-flung future of New Angeles.

2019 Preview: To usher in the New Year, we round up ten upcoming games you won’t want to miss over the next 12 months.

Microgame of the Month: We kick off a new regular feature that will give Tabletop Gaming readers a new game to play every month inside the magazine, for free!

Trade on the Tigris: Ryan Sturms tell us how he spent six years turning what started as a joke into a proper game – and how it plans to redeem one of the tabletop’s most overused clichés.

Around the World in 80 Plays: Our brand new column looking at games from across the globe heads to Taiwan to find out the latest trends influencing local designers and players.

Please note any orders placed between Thursday 20th December - Wednesday 2nd January will be processed after the Christmas and New Year holiday period. Merry Christmas and a Happy New Year!