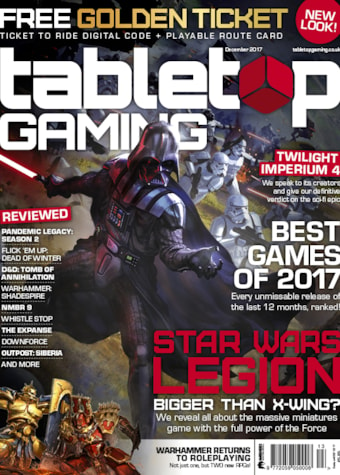 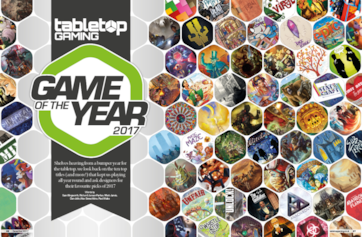 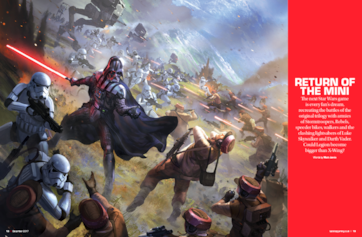 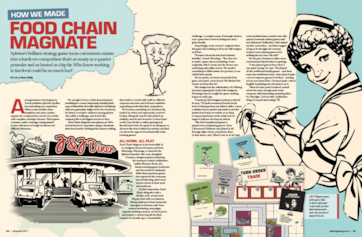 Please note: Asmodee has now ended the Golden Ticket promotion (as featured in our December 2017 issue). Any Golden Tickets registered after December 31st 2017 will not be entered into the competition to win a trip on the Orient Express and may not receive a Steam code for Ticket to Ride. However, Golden Tickets can still be used as physical promo cards in the Ticket to Ride: Europe board game.

In our first monthly issue (December) of Tabletop Gaming we have an exciting first look at massive miniatures game Star Wars: Legion, as its designers tell us about recreating the battles of the original trilogy on the tabletop and following up X-Wing.

As 2017 draws to a close, we’ve rounded up the 10 very best games of the year for a countdown of the games you shouldn’t have missed from the last 12 months. We’ve also asked some of the biggest designers from around the world of gaming to chip in with their own picks for 2017’s finest tabletop experiences, from the creators of Kingdomino and Scythe to Santorini and RPG Fiasco.