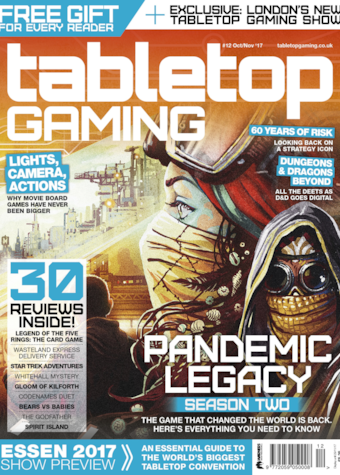 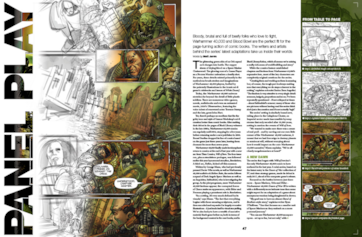 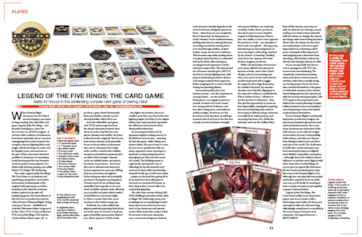 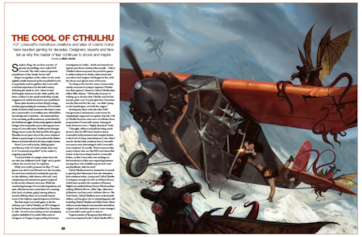 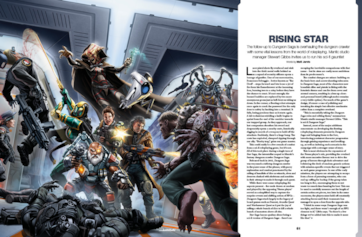 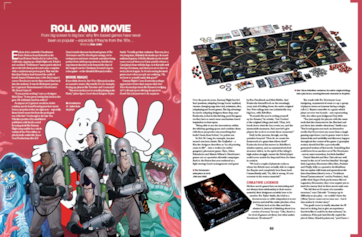 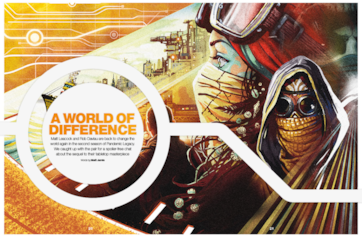 FREE GIFT: Customisable When I Dream promo cards featuring brand new artwork. One of five double-sided variants with each magazine. (Print only)

Cover feature: Pandemic Legacy: Season 2: Matt Leacock and Rob Daviau tell us about the ambitious sequel to their revolutionary legacy game that changed the world.

Terror on the Tabletop: H.P. Lovecraft and his monstrous creations seem to be everywhere in games, from RPG Call of Cthulhu to board game Eldritch Horror. We ask experts and designers why the horror author and his stories remain as popular as ever for gamers.

Lights, Camera, Actions: From The Godfather and The Terminator to Evil Dead and Planet of the Apes, movie board games are back in fashion – and they’ve never been bigger or better. Join us as we explore the cinematic side of gaming.

D&D Beyond: Roleplaying classic Dungeons & Dragons is breaking into the 21st century with an impressive new companion app. We take D&D Beyond for a spin and speak to its developers.

Essen preview: The games, announcements and releases you shouldn’t miss at the world’s biggest tabletop event in October.

Risk turns 60: We celebrate six decades of the iconic strategy game by looking back at the creation and history of a true tabletop classic.

Dized: Playmore Games hopes to revolutionise how games are taught and learnt with its interactive tutorial app. We speak to CEO and founder Jouni Jussila.

Inside gaming comics: We speak to writers and authors behind the comic-book adaptations of massive games such as Warhammer 40,000 and Blood Bowl about expanding the tabletop worlds.

Star Saga: Mantic tells us about its sci-fi follow-up to beloved dungeon crawler Dungeon Saga, which made more than $400,000 on Kickstarter.

Fire Hazard Games: The live-action event organisers discuss taking gaming to the streets of London and their exciting plans for the future.

Grant Howitt: Hot off the successful Kickstarter for his unique punk-fantasy RPG Spire, the one-of-a-kind roleplaying designer tells us about his career.

Ten of the Best: We celebrate Essen by rounding up ten of our favourite Eurogames.

Introduction to: King of Tokyo

All the Jahres: Hit the road with Wolfgang Kramer’s trucking classic Auf Achse

Kickstarting From Scratch: The next in our column following Art Deck from concept to crowdfunding

The Dungeon Master’s Guide to RPGs

Fox in the Forest