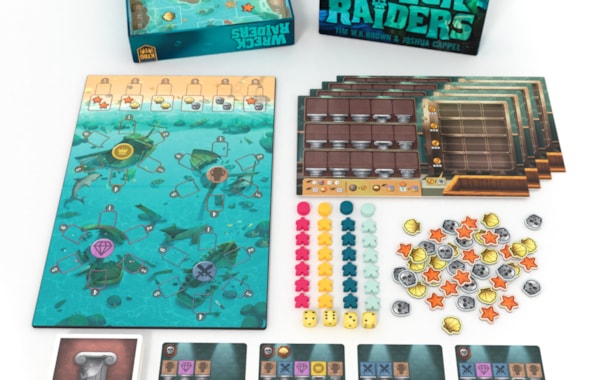 If reading that didn’t make you smile, you’re probably not the one for this game and that’s fine. Wreck Raiders finds that elusive sweet spot between accessible family title and engaging head scratcher, as one to five players lead a team of divers to explore various wrecks for sunken treasure and seashells, using them to create exhibits and aquariums respectively. 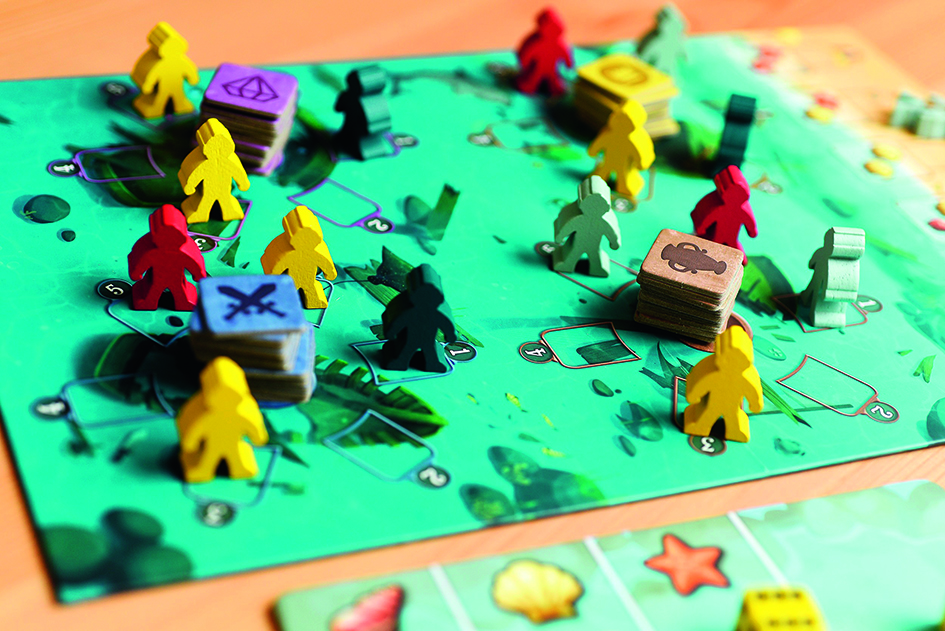 Each turn a player chooses a die from the reef board, then places one of their divers on the corresponding position of any wreck site or the beach. At wrecks players gather treasure, which can be placed face down as an exhibit or face up in your vault, whilst the beach holds seashells that can offer one-time special effects or be spent to buy aquarium tiles. Exhibits, aquariums and your vault are how you gain points, with the best players finding the perfect balance between the three to achieve victory.

Forward planning skills are essential to succeed. Players gain points for every unique treasure in their vault and if all three treasures in a row are from the same set, but treasure always has to fill out from the bottom (i.e. no empty spaces beneath treasures) so placement timing is critical. Matching one of the many public exhibit cards available scores big points, but if you display treasures in the exact sequence printed on the card, it provides bonus seashells or aquarium tiles. Said aquariums must be comprised of a bottom and can have up to one top piece, with as many middle pieces as desired. Top pieces score points for every time a certain seashell or tile appears in that aquarium, so the challenge comes from when to stack up middle parts and when to grab the perfect top. As exhibits and aquarium pieces are openly available, players have to act fast if they want to score the bigger point earners, especially because treasures in incomplete exhibits or unspent seashells are worth nothing at the end. 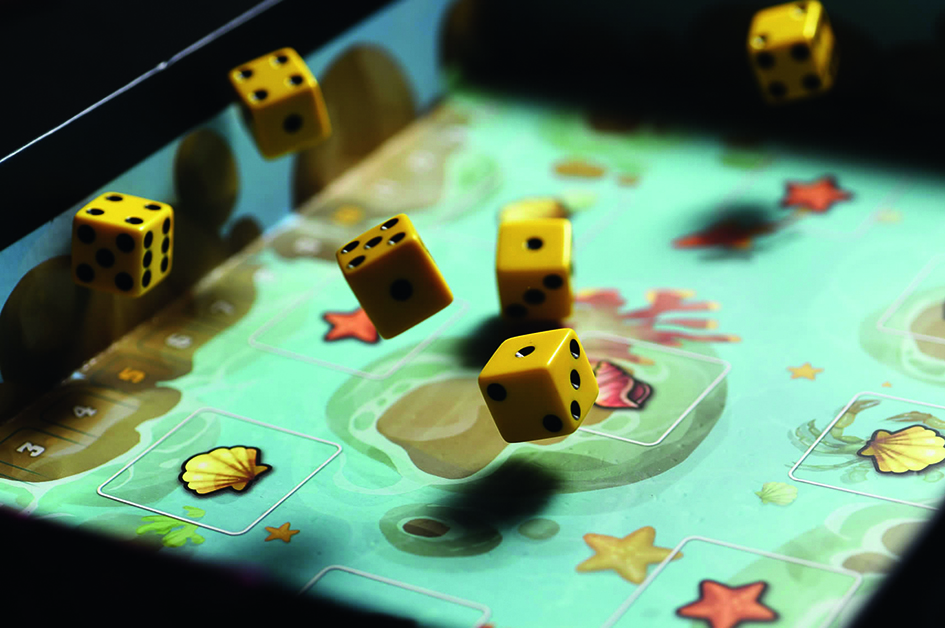 What’s refreshing for a worker placement game is how much other player actions matter. No-one is ever blocked from doing anything, but if you move an opponent’s diver off a wreck space, they wash up on the beach and immediately gather seashells. Also, when diving for treasure, any divers next to the one placed gather treasure as well, so grouping your divers will net big treasure bounties.

The game’s mechanics mesh like clockwork, with the random dice pool (using the box lid as a printed dice tray, brilliant!) forcing players to interact, which in turn produces more resources, encouraging players to score as many points as possible through whichever system they see the most potential in.

The game ends when a player completes a set number of exhibit cards, creating a flexible game timer where players with more exhibit cards only want to end the game when they might be ahead, giving others time to snatch one more aquarium tile or finish one more row of their vault.

In short, Wreck Raiders is an aesthetically charming game where players create aesthetically pleasing collections. It feeds into that simple glee of 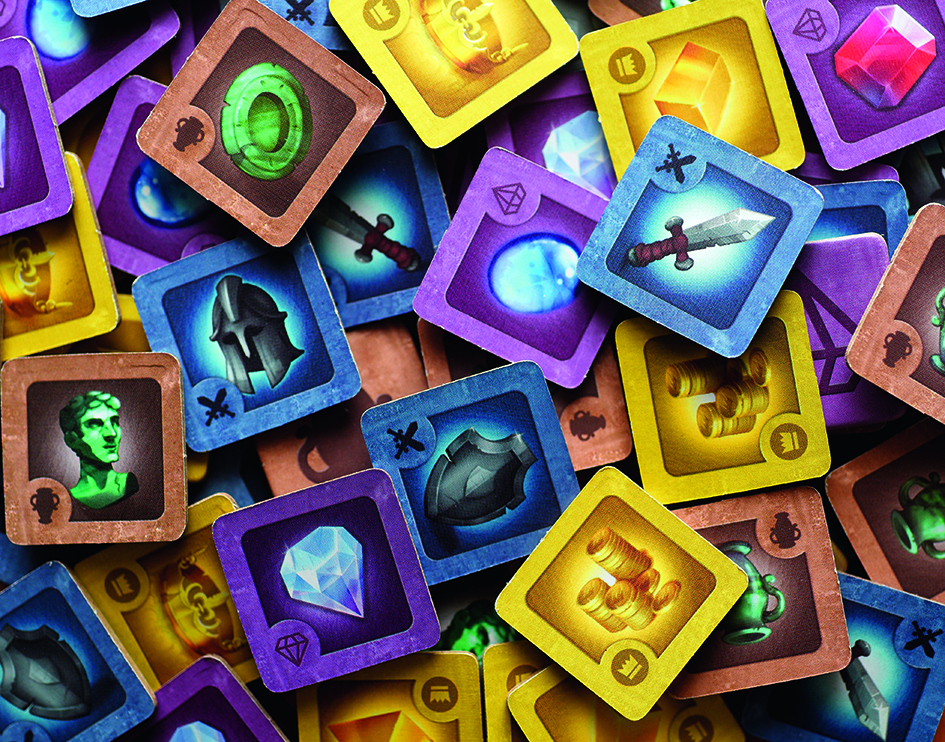 assembling a matching set of goodies without any bad feelings caused by blocking or stopping others from success. Some players will find it a little too saccharine or wince at the prospect of dice randomly deciding where you can go, but for anyone looking for a bright game that’s easy to teach and amusing to play, Wreck Raiders is worth splashing out for.

KTBG deliver an accessible worker placement game that encourages creative thinking with a delightful visual design. An easy recommendation for families and children at heart.

TRY THIS IF YOU LIKED Takenoko

Both games dazzle with charming visuals and reward players who plan ahead, if you really enjoyed player interaction in the bamboo groves you’ll definitely want to play this. 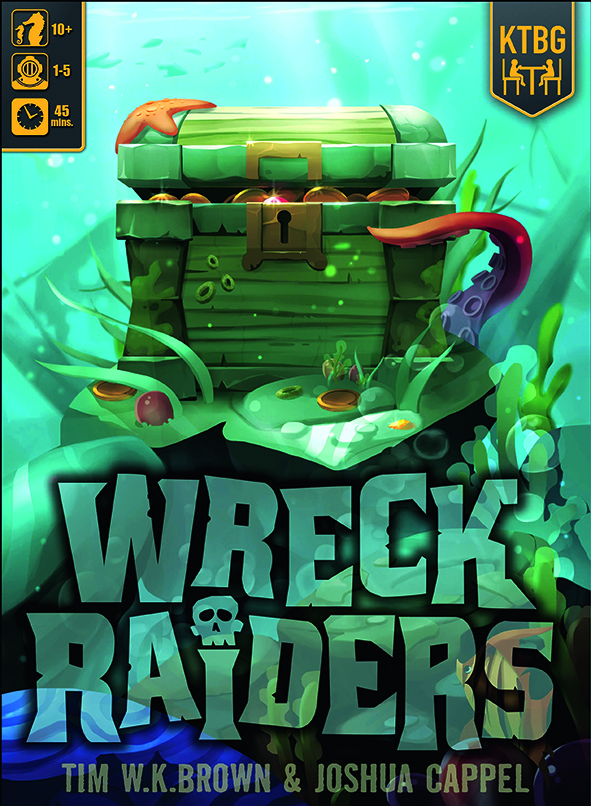