Don't judge a book by its cover

What does the popular children’s book Dear Zoo, and Wonder Book have in common? They’re both pop-up books, though thankfully the latter is a game and not inclined to send me non-domesticated animals through the post. And whilst my first instinct when presented with Wonder Book was to wrinkle my nose a little and mutter about gimmicks in board games, actually, I’ve come away rather delighted with it.

Wonder Book takes you through the story of an ancient dragon civilisation, the portal to which is between its pages. The story is broken up into sections, which are told by overturning cards. Not only is the pop up tree itself rather impressive – it has a delightful height to it, and plenty to look at and interact with – but the back of the book itself represents your first board where you begin to learn how to play the game. You’ll select your character, who comes with their own mini and character sheet, before beginning your exploration. At specific points, monsters can spawn who you’ll need to fight off using your abilities, some of which are triggered by gems that you pick up along the way. There’s even a few bits you may not anticipate – I enjoyed the additional dragon, a separate pop up to the main book, and the mechanics it represented.

It’s a relatively simple game. Mechanics take a few moments to pick up and explain, the cards taking you through the plot do well to explain what you need to do (though combat resides in the easy to read rulebook) and though you make decisions as you play the game, I have yet to find a decision that is specifically detrimental to or altering of the outcome. Alongside that, there are some nice aspects from more traditional games of this style, but in a child friendly way, which also include cute aspects like prompts on the cards to let other people read them out loud, and a generally engaging but simple plot. It feels frankly like a perfect training game for younger family members, to indoctrinate them early into the cult of the board game. 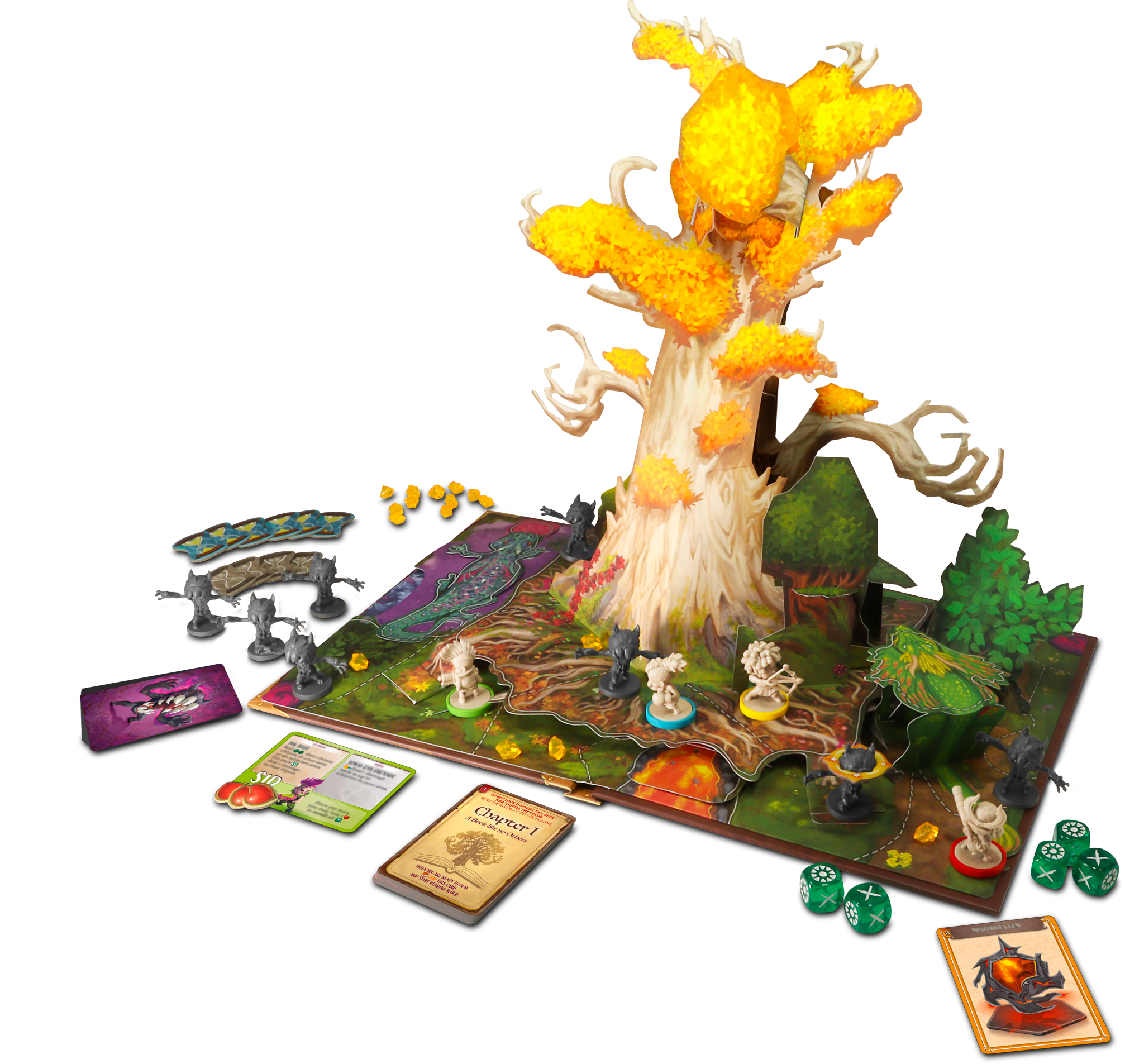 I was equally pleased to find that it succeeds in using the aspects that set it apart, namely the pop up was actually used, and not just a pointless centrepiece. Of course, it is still a gimmick. Other alternatives could have worked. But there is something lovely about having your character astride a pop-up dragon whose tail you can flick. This is a game that understands the delight in discovery, and utilises that at every step.

Is it perfect? No. For one, I’m not a fan of a solo mode that’s simply ‘play two characters', and whilst it does work, it could easily have just been adjusted. For another, whilst it’s a family game, even the younger players barely entered into any peril that would alter their decision making, it was far too easy to avoid. Finally, I can’t ignore the lack of replayability – certainly, you can try the other characters, but your outcomes will be similar – vs the £65 cost.

Of course, we’ve seen it lower in other spots, and honestly given it’s a pop up book, and contains miniatures, cardboard, and those wonderful little game trays for the loose fiddly bits, it’s probably priced about right for the physical components it offers. However, when you can get much more story from something like Jaws of the Lion for much less cost, it’s a nod to the fact that whilst the story is good, it’s the gimmick you’re paying for.

All that however, doesn’t take away from the sheer whimsy and fun of its existence on the tabletop, and the fact that ultimately, if you asked me if you should play it, I’d say yes, albeit, as above, a little caveated.

A whimsical go at something new, this is perfect for families to gather around.

Try this if you liked Stuffed Fables

Surprisingly similar in logic to Stuffed Fables, though of course, only one contains a pop up.