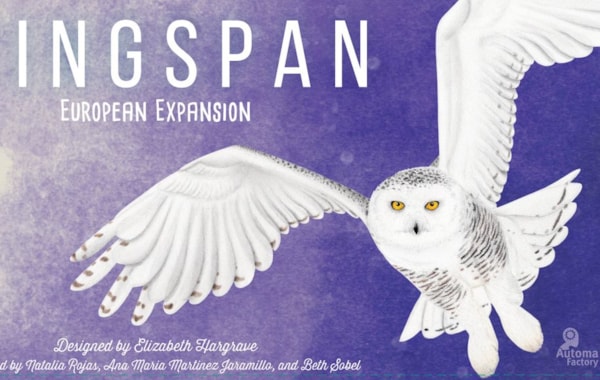 A little extra to the game everyone has been talking about

Wingspan was arguably the game of 2019, and as such, any addition to it deserves scrutiny. We should be worried if it plans to add new game modes or similarly habitat-forming changes. In this case, there’s nothing to worry about. The Wingspan European Expansion is more of the same, in the best possible way.

With a host of new birds from Europe, we gain some new powers that can trigger at the end of the turn, and a lot more conflict. While Wingspan was one of the more interactiony engine building games out there, this expansion offers you more opportunity to steal from your competition and make plays on your opponent’s turn. This is interesting as the North American birds have a lot more predators in the deck and this expansion brings the average size of the birds down, meaning there’s more snacks for the predatory cards.

We played initially with two decks, allowing us to draw from either continental plate. After, with a shuffled deck, which is the correct way to do it, the game felt just that little bit closer to home, without unbalancing the game. It’s a treat to have a local bird turn up during play – even if it’s weird for birds who would never meet to interact. Although, of course, the interactions themselves do feel correct.

The fundamental question then is, is this an important expansion for the game? Ultimately, we have to say no. But it’s valuable in its own right. For those of us living on this side of the Atlantic there is the joy of seeing birds from your back garden on the board.

And it’s beautiful – but we didn’t need to tell you that.