With a winemaking theme, Eurogame mechanics and a Portuguese setting and title (meaning ‘wines’), Vinhos may potentially be the most European board game we’ve ever played. Not only that, but with this new deluxe edition including both the 2010 original and revised 2016 rules and components, plus all of the expansions unlocked during the game’s $268,800 Kickstarter, all together in an enormous heavy box, it might also be one of the most board games we’ve ever played.

Partially because it would take a whole extra magazine to cover the box in its entirety, we’ve focused on the new 2016 version of the game in this review, which ditches the bank and other aspects of the original to offer a simplified and streamlined alternative. We’ve also skipped the expansions, of which there are many included – all of them add slight but valuable variations to the base game, from extra regions to different experts and expanded cellars, and can be mixed and matched depending on your group’s preferences for impressive replayability.

In physical size, theme and mechanical complexity, Vinhos is an imposing title. Yet, while the theme may seem dry (accidental wine pun!) and your first setup and rules readthrough may take a while (it took us an hour or two the first time), it quickly all flows together to offer a fantastically deep experience.

Driving the game forwards is a worker placement mechanic that dictates the action each player takes each turn – moving your meeple to an adjacent action space is free, but moving to a further space, slot occupied by a rival player or area relating to the current in-game year (of which there are six) costs more of the in-game currency bagos, meaning it pays to be thoughtful with the planning of your actions. 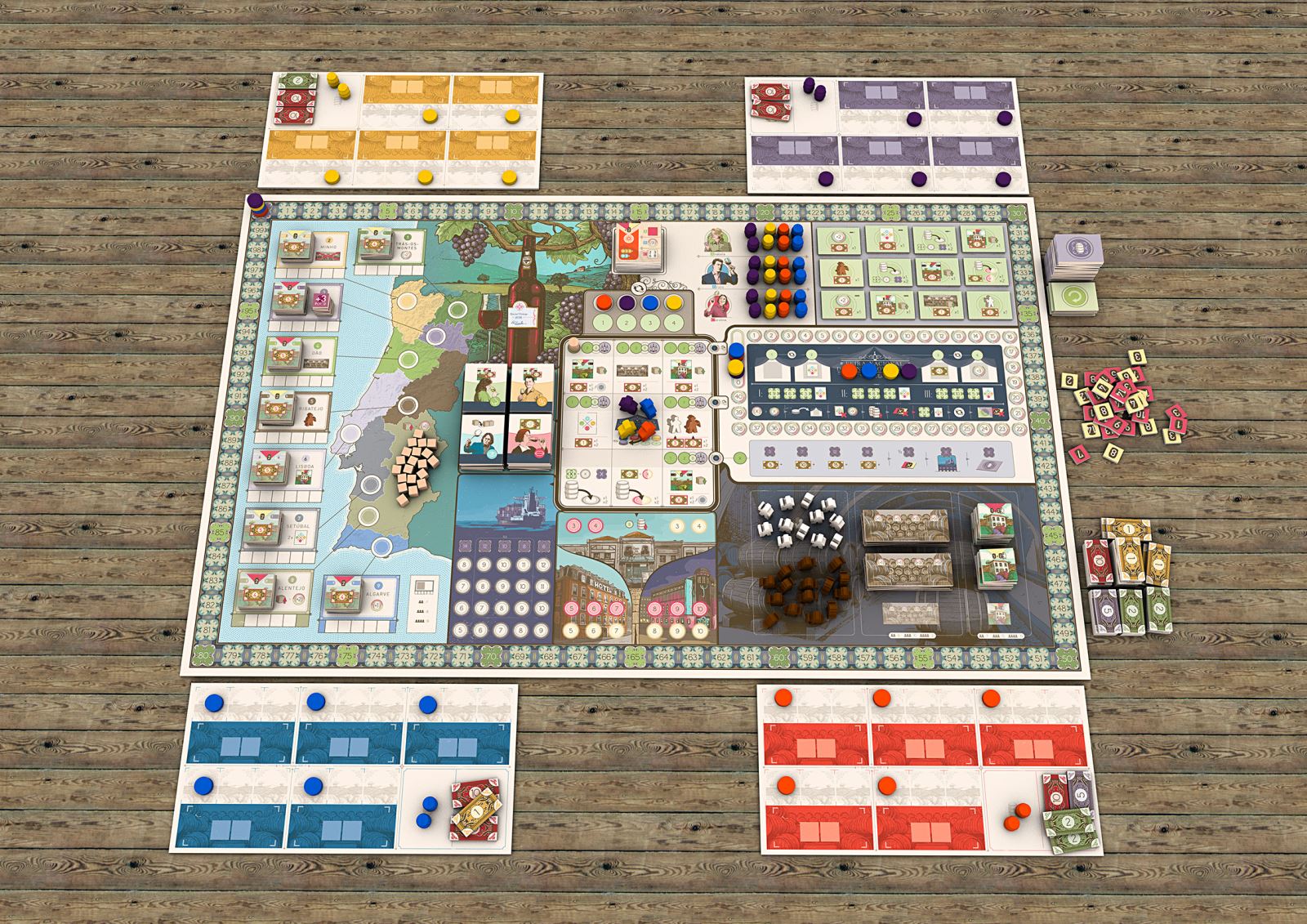 As you may have guessed, the idea is to purchase vineyards, wineries and cellars to harvest, produce and store wine – with farmers and enologists adding to the quality of drink produced, and random weather tiles drawn at the start of each new year affecting all players’ output equally for better or worse.

As you invest in wine facilities in each of the Portuguese regions (which each have their own traits and specialties when it comes to wine), those areas gain renown cubes, which can be spent by any player present in the region when selling or exporting wine to up its value and earn more cash (by selling) or VP (by exporting).

The other thing to stay aware of is the national wine fair that takes place every few years, which requires juggling booth placement, selecting which wine to enter in the competition and gaining the backing of wine experts in order to emerge as the headline plonk and claim bonus VP. Breaking up the year-to-year flow of producing wine with the fair helps to propel the game along to its conclusion, as well as helping to further enrich the theme that permeates the entire title. After the fair, there's the chance to impress one of three critics by sacrificing a wine that meets their specific requirements to gain helpful magnate action tiles – we found that we generally held our barrels back to export or sell, but it's another atmospheric touch that fits perfectly with the title's tightly-wound meld of theme and mechanics.

It may sound like a lot and, truth be told, there are many moving parts ticking around from turn to turn. The well-written, superbly-designed rulebook(s) and stunning art direction by Ian O’Toole help to quickly combine all of the separately daunting elements and create an engrossing gameplay flow that feels natural to adjust to – the mechanics fit so naturally with the theme that it’s surprisingly easy to stay on top of exactly what's happening at any one moment and what’s required to achieve a certain result. 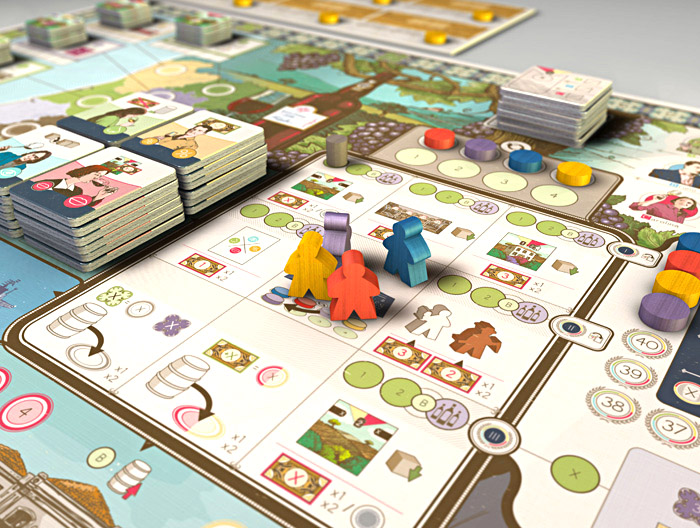 The beautiful board (the equally gorgeous 2010 variation is on the reverse) and components similarly go a long way to helping, with effective illustrations and colour-coding seemingly unhampered by the striking style. Honestly, this may well be the most beautiful board game we’ve ever seen.

Make no mistake: Vinhos requires no small commitment to get going. Once the cork is popped and it’s flowing, though, you’ll want to drink up every last drop. It’s the tabletop equivalent of a lavish dusty bottle; best opened on special occasions and sipped slowly with a group of friends with whom you can purely savour the moment.

It may seem heavy-going at first, but the rich theme, refined mechanics and second-to-none artwork align with such precision that Vinhos offers an exceptional tabletop experience. Prepare to invest time, effort and money, but be justly rewarded if you can do so.