Plenty of chewy, chin-stroking decisions to wrestle with

The island cultures of the Pacific have provided inspiration for quite a few games, from the elegant simplicity of Reiner Knizia’s Blue Lagoon to bigger, meatier offerings like Stefan Feld’s Bora Bora. Tungaru, from German father-and-son duo Stefan and Louis Malz, is the latest. And while its sun-drenched setting might suggest an idyllic tropical paradise, it quickly proves to be a varied and challenging experience that leaves no time for lounging around on beaches.

The game puts you and your opponents in charge of different communities, all trying to prosper and thrive on its archipelago board. As you play you’ll sail between islands, despatching settlers to work the land and recruiting travelling nomads to benefit from their skills and expertise. Along the way you’ll trade goods and harvest valuable resources, aiming to spot smart synergies and clever point-scoring opportunities that can edge you ahead of your rivals.

At the start of each round, players choose and reveal a card representing different characters from their communities. Each comes with different bonus abilities. The beggar, for instance, lets you nab resources from other players, while the worker lets you take an additional action on your turn and the fisher (unsurprisingly) gains you some fish. Once everyone’s cards are resolved, you’ll move on to the main phase where you navigate your way between islands, spending dice representing workers to take actions as you go. While you can pay for some actions using dice of any value, others require specific numbers, and it takes some careful thought to work out the options open to you at any given time. 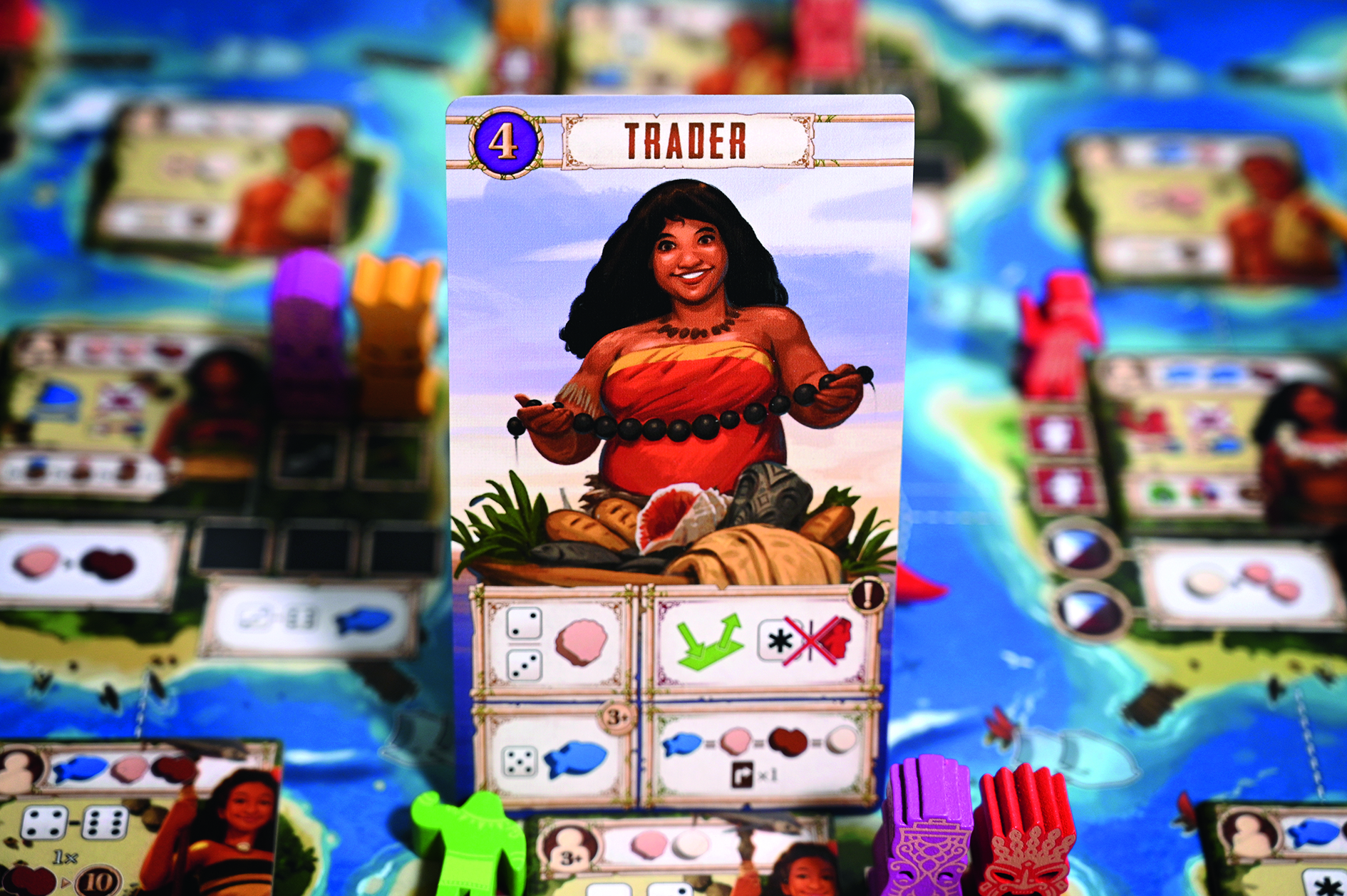 Where things really get interesting, though, is when you begin to recruit some of the game’s wandering nomads to join your people. They’re randomly distributed across the board, and each comes with a new power or ability to exploit. They might let you manipulate the values of your dice, giving you greater flexibility in choosing your actions. Some let you harvest extra resources on your turn, give you extra space to store your goods or let you exchange them for victory points.

But nomads also come with different scoring opportunities, giving new objectives to whoever manages to recruit them. They might reward you with victory points for building monuments on islands, accumulating particular goods, populating the board with settlers or even recruiting more nomads. In fact, these end-of-game goals are the only way you’ll score points, meaning that Tungaru is all about creating your own victory conditions, then finding the most efficient way to achieve them.

It’s a very open-ended approach, and it’s enough to leave you feeling all at sea until you get a few games under your belt and start to understand the most effective game plans. And with an advanced mode that uses a randomised board setup, there’s no single dominant strategy.

It is very much a Eurogame – analytical to the point that many will find it a bit dry. And its ever-expanding options means that turns can drag. But if neither of these is a dealbreaker, there are plenty of chewy, chin-stroking decisions to wrestle with.

To get the most out of Tungaru, you’ll need to enjoy its wide open scoring and analytical gameplay.

TRY THIS IF YOU LIKE Teotihuacan: City of Gods

Like the ancient Mesoamerican brain-burner, Tungaru does interesting things with dice as workers. 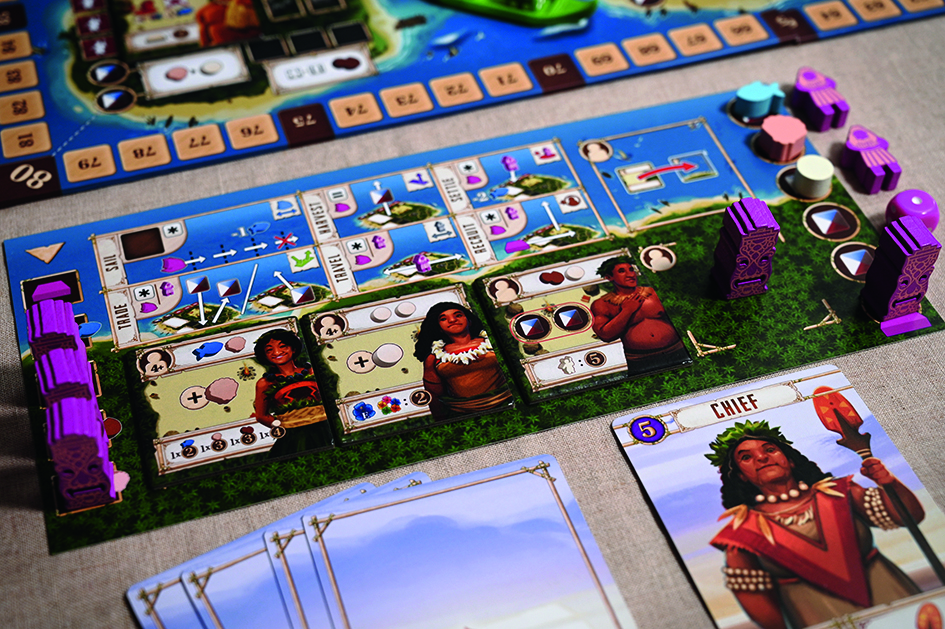