Like any fruit salad, there’s usually a few things you don’t want in there. Maybe there’s just too many lychees. Or the papaya has gone a bit soft and mushy. In Tucano you’re dealing with this problem in a set collecting game where you don’t always want everything in the stack.

Players create a draw pile (hiding the toucans in the second half) and lay out three columns of cards. Each player’s turn is simply: choose a stack of cards for yourself, then draw cards to add to each column. Each card is its own fruit with a scoring mechanism. Some fruit will give you straightforward points for the number you’ve collected, while others will only give you points if you’re the majority holder of the fruit type (sometimes giving you minus points for being the minority). Others give you more points for having less. Overall you’re trying to dodge the cards which will lower your score, and pick up the ones that will improve it.

The toucans add a fun little wrinkle to the game in that they give you the chance to steal cards from players (sometimes ruining their scores), gift cards to players (offloading something annoying in your collection to someone else), or flip your currently collected cards face down in a stack – protecting them from the prior.

It’s a nice little puzzly game which doesn’t have much depth beyond a handful initial outings. With a much younger crowd we think it could be a hit, but it doesn’t have the family all-rounder quality of some other of the small box Helvetiq games. On the plus side, if you wanted a game that teaches youngsters the names of various interesting fruits, then this is the equivalent of sneaking vegetables into dinner. 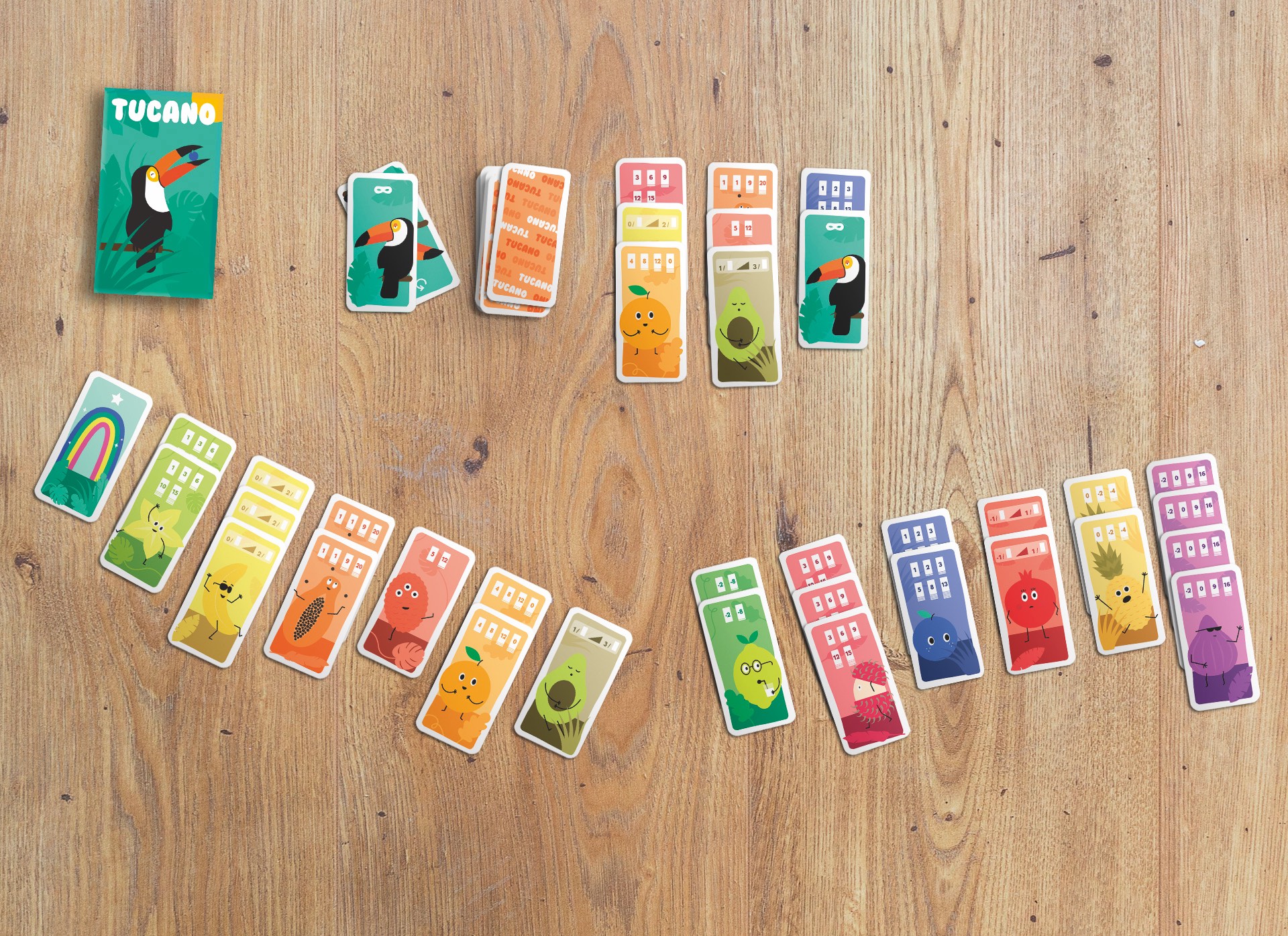