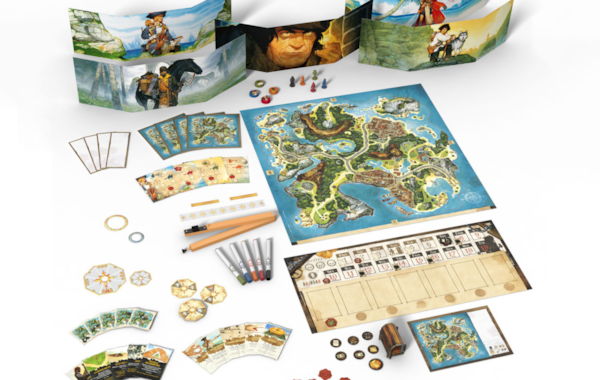 Treasure Island is a hidden movement game with no hidden movement. That small caveat aside, this pirate scavenger hunt is one of the most inventive and original entries in a genre populated by the likes of Fury of Dracula and Whitehall Mystery.

It helps that the premise is so irresistible: it’s a treasure hunt, plain and simple. Long John Silver – controlled by one player – knows where the booty is hidden on the island, but has been locked up. He ekes out vague clues to the rest of the pirates, who are all out for themselves in the search for the buried chest. They’ll share some knowledge, but other hints given to individual players can be kept secret. They might want to consider working together at least a little, though, as Long John will eventually escape and race to reclaim his treasure first.

Lacking the fraught cat-and-mouse pursuit of other hidden movement games due to its static target, Treasure Island manages to whip up just as much tension and energy as the greats of the genre by letting players draw on its laminated board. The pirates move around, conducting searches to narrow down the possible locations of the treasure, while every few turns Long John offers tantilising hints as instructed by cards. The treasure’s somewhere south or west of you! It’s not within five miles of the temple! It’s not in this district!

Almost all of the hints are accompanied by the immense satisfaction of scribbling on the board (or your own mini-map, in the case of a private clue), using a caliper, rulers and templates to quickly turn it into a glorious confusion of lines, circles and crosses. The simple act of drawing brings the hunt for treasure alive – it’s impossible not to feel swept up in the excitement of working out the shrinking number of places where the plunder could lie.

Of course, pirates aren’t exactly in the business of honesty. Long John can choose to tactically lie a set number of times, with the unknown veracity of his clues throwing just enough doubt into the mix to keep the pirates guessing throughout Treasure Island’s extremely reasonable runtime. Meanwhile, the pirates have a limited number of more powerful special actions individual to each character, making Treasure Island more than a simple game of hot and cold. 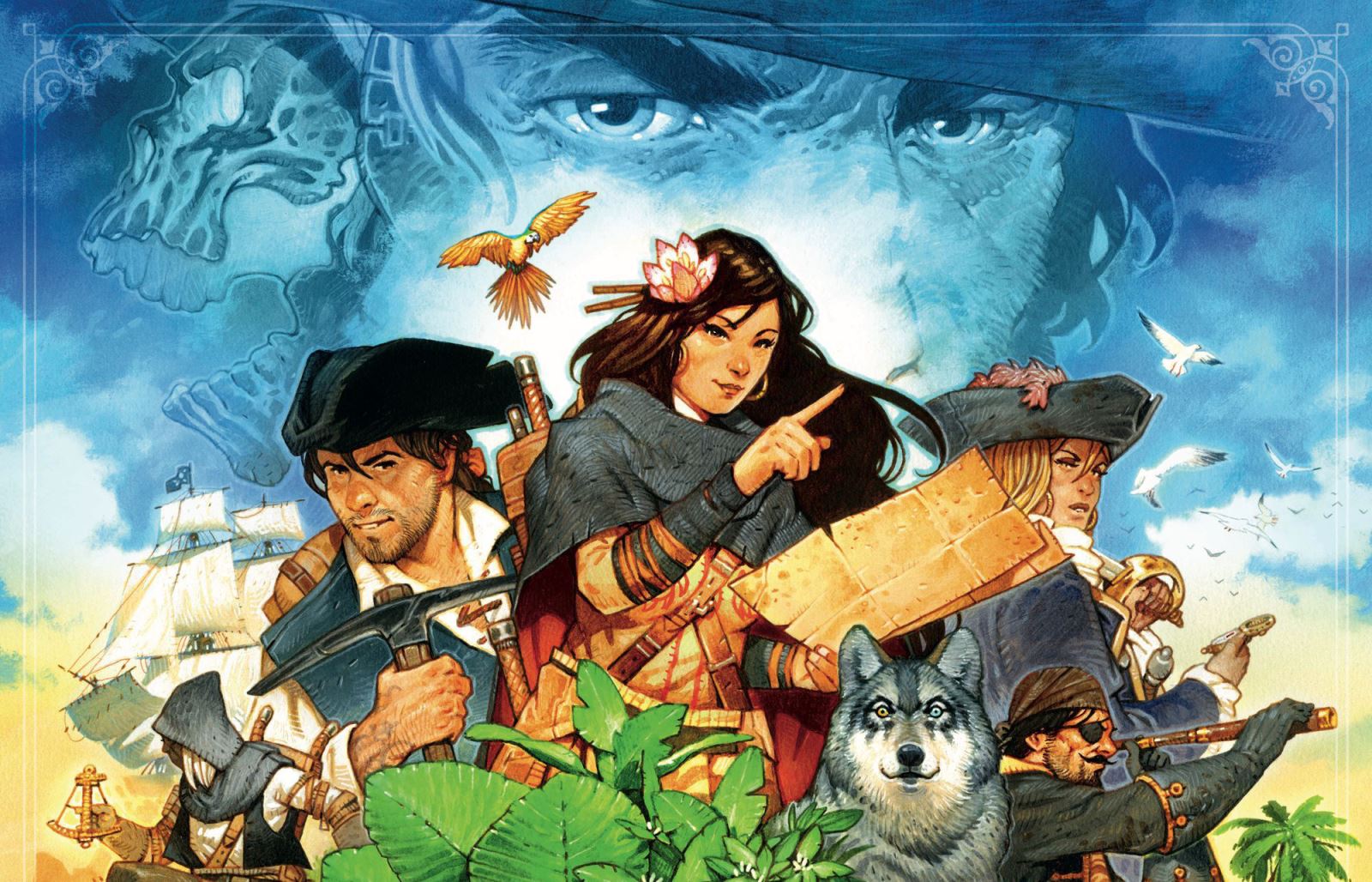 With the exception of pirates stumbling onto the motherlode by pure luck – not impossible, if generally avoidable – Treasure Island masters its pace. The clues feel well tuned to narrow the net without leaving the pirates guessing blindly or Long John feeling cornered too early, ramping up the specificity at a rate that makes the closing turns come neatly down to the wire. Allowing Long John to escape makes for a dramatic finale, avoiding a jarring sudden finish when time runs out. While the game’s semi-competitive scavenger hunt sings best with three or four people, it scales comfortably to a one-on-one showdown.

Treasure Island’s great pleasure of doodling is also where its few hiccups arise. Vincent Dutrait’s artwork is beautiful, but the lush forests and rolling seas of the map often make the multicoloured pens tough to see. As the board is filled with scribbles, it quickly becomes an overwhelming mess of information to try and parse; something that the mini-maps aren’t too well equipped to help with. At points, the sheer amount of brain-burning feels like it belongs in a three-hour strategy heavyweight, rather than a sub-hour game of pirate hide-and-seek. There can also be a fair amount of fiddliness when it comes to drawing lines – the rulebook encourages an amount of flexibility, so it’s not a game to play with pedants.

It’s worth noting that the rulebook in our copy of the game, which suffered from confusing wording and poor structuring, has since been updated with a significantly better version available online.

A few small blips ultimately can’t detract from Treasure Island’s buoyant sense of fun and adventure. It’s a simple pleasure wrapped up in a brilliantly creative package that’s a treasure well worth discovering.

The busy visuals can be a problem, but the pure joy of seeking out buried booty makes Treasure Island a fantastic addition to the hidden movement genre.