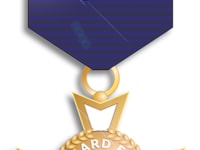 Submarines and surface fleets battle for dominance of the seas!

Submarines and surface fleets battle for dominance of the seas! One team must use submarines to sneak troops into enemy ports and destroy vital strategic targets, while the other team deploys a surface fleet to hunt down the subs and protect their crucial supply lines.

If you’re into Cold War Gone Hot gaming, submarines, or even just submarine thrillers like The Hunt for Red October, Crimson Tide or K-19: The Widowmaker, then you’re going to really be interested in They Come Unseen. Designed by retired Royal Navy submarine commander Andrew Benford, the game is an exciting combination of bluffing, deception and intrigue. One player takes on the role of the USSR, defending their bases with destroyers, while the other takes on the role of NATO submarines attempting to get into the Russian bay and sabotage one of the bases before they are discovered.

Even before opening the box, I was struck by the production values. The box itself is heavy, and the artwork is great – resembling more a movie poster than a historical boardgame. The game is played across two boards, one representing the surface, which all players can see, and the other depicting what is happening under the waves, which only the NATO players can see (shielded from Russian eyes by a rather substantial and, again, beautifully illustrated screen).

The game itself is highly strategic, with little to no luck factoring into the outcome – showing its origins as a military training exercise – and makes for a tense and exciting game. Tension runs high on both sides. The Russian forces know there are two submarines in the area, but have no idea where, or which of the six bases has been assigned as their primary target. They have to hope that they pick up a blip on their sonar – but even this will require careful planning. The NATO submarine players are similarly on edge, creeping through the cold, dark waters, hoping that they won’t be the victim of a sudden depth charge from above.

Osprey Games have exploded onto the miniature wargaming scene with the spectacular success of Frostgrave and their other rulesets, and with They Come Unseen they look set to do the same for board wargames. If this is the standard we can expect, then I can’t wait to see what else they have to offer.