When Netflix finally kills television, it’ll be the feeling of discovery that we’ll perhaps miss most: that exciting moment during channel-surfing when something unexpected flashes up, managing to somehow hold your attention for the next half-hour or so. Or maybe the real loss will be the comforting monotony of trash TV: the home video clip shows, absurd game shows and top 100 countdowns that raise groans for a few minutes before sucking you into their mundane drama and padded-out exposition. The Networks respects the difficulty involved in holding the attention of millions as much as it mocks what those millions find so engrossing, and it makes for a card game worth breaking out instead of watching Cats Lick The Funniest Things again.

The satirical humour of the shows, ads and stars on the cards is judged well, the tongue-in-cheek titles and artwork landing squarely on the nose without punching you in the face and giving you a headache. There are general spoofs of trash TV and reality shows, plus the scattering of more direct topical references you’d expect: The Walking Dead, Breaking Bad, Dexter and more all get their due. Some veer into distinctly American territory, but most are universally well-known enough to raise some laughs from a British audience – Doctor What is a fond favourite of ours.

Even funnier are the stars, which parody broader archetypes rather than specific celebrities and therefore dodge the risk of aging very poorly, very quickly. You’ll be hiring performers such as Shakespearian Trained Actor, Versatile Sci-Fi Actor and Sultry, Sexy Lead as you try to pull in more and more viewers, although the talent will pick up a sizeable paycheck, too.

As with any comedy, the gags don’t shine quite as brightly on subsequent playthroughs yet, as they’re merely the lighthearted dressing drizzled on the delicious main course of the gameplay, the flavour never begins to sour. 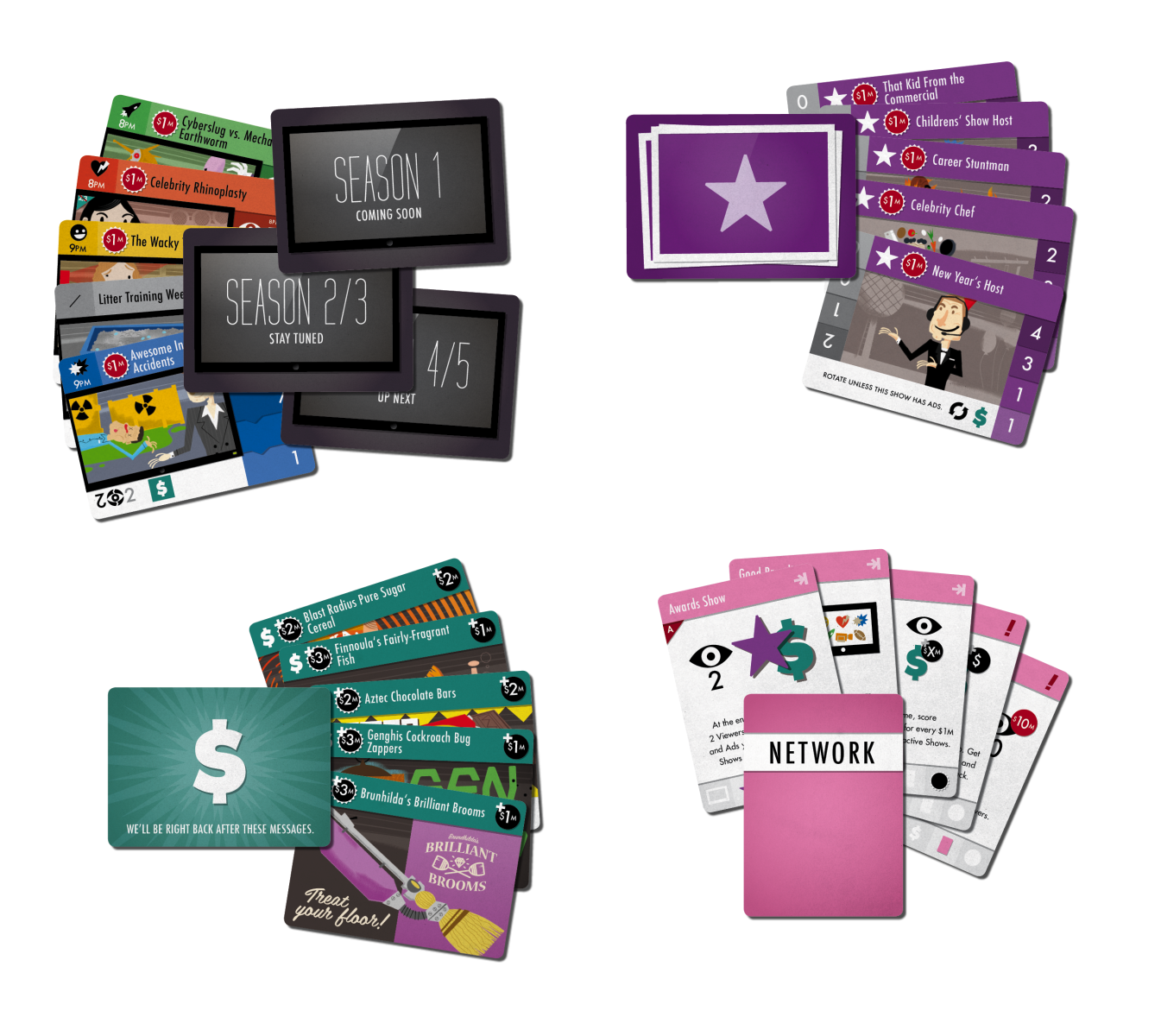 The Networks’ greatest achievement is how deftly it captures the feeling of swimming against a tide in the business of television. Viewers will tune in for the first season of your three shows, with programmes sometimes pulling in a few extra millions of eyeballs if they’re broadcast correctly in the 8pm, 9pm and 10pm time slots. Some series may prove to be sleeper hits that suddenly take off in their second season, with audiences keeping steady or even increasing if you can afford to stick with them. Inevitably, though, shows will begin to tail off as they grow stale, forcing you to replace them with new ideas, fresh faces and the accompanying batch of adverts to keep both people and the money rolling in.

As anyone who’s ever watched Dave will tell you, though, dead shows never truly die; cancelled shows are broadcast as re-runs, attracting an extra few viewers as they sound their death knell. It’s a gloriously engrossing way of reflecting the unrelenting popularity contest that drives TV, while also justifying the need for players to constantly sign new shows and carefully consider what – and, more importantly, when – they replace.

The Networks doesn’t try to capture the complexity of running a TV station in full, to its credit. The core set of actions and decisions is tight-knit, focusing more on the timing of the cardplay than the nitty-gritty details. The two-player game makes for a fun duel, but playing with extra people enables a more cut-throat experience thanks to the optional interactive ability cards, which shift the clash from a passive race to more direct manipulations. There’s a purity to the less interaction-heavy mode that may suit those who enjoy the efficient score chasing of Euros, while the interactive cards are a chaotic addition for the taste of those who prefer more thematic competition. Either way, The Networks holds strong as a tongue-in-cheek card-drafter that deserves to find an audience.

The humour is witty, the drafting gameplay solid and the televisual theme executed with aplomb; The Networks is a smart, well-designed card game that doesn’t try to overstep its mark and is all the better for it. Tune in.