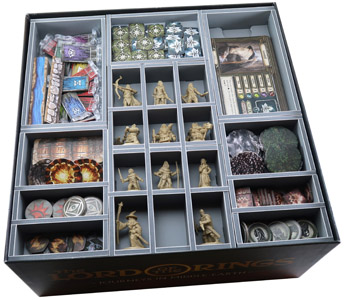 Compatible with Journeys in Middle-Earth®, and the Shadowed Paths®, Villains of Eriador®, and Dwellers in Darkness® Expansions.