Try to blend in with this mixture of Spyfall and Codenames

Spyfall is a good game. Codenames is a great game. Put 'em together and what have you got? Other than bibbidi-bobbidi-boo, it’s The Chameleon, the latest design from the author of Coup, Rikki Tahta.

The Chameleon takes the social deduction aspects of Spyfall – in that one of your group is the eponymous lizard and must try to blend in despite not knowing a secret shared by the rest of the group – with the one-word efficiency of Codenames, as players offer short clues hinting at a hidden answer based on a number of topics, from musical instruments and TV shows to wedding anniversaries and popular tattoos.

As in Spyfall, the idea is for the player not in the know to bluff their way through – but if they are revealed by a vote at the end of the round, there’s the chance for salvation by correctly guessing the secret phrase, so the other players must be specific, but not too specific. It’s less confrontational and more routine than Spyfall, as players take it in turns to provide hints rather than directing questions at specific targets, but the variety and eccentricity of the topics is great enough to inspire just as many amusing (and often useless) teases.

While its gameplay simply refines two proven concepts, where The Chameleon really excels is in its delivery. Gone are the awkward piles of location cards from Spyfall, replaced by a central grid of answers on each topic card and identical code cards that are shuffled and handed out alongside the Chameleon card. Two dice are rolled, indicating which co-ordinate on the visible grid the players should use based on their code cards. 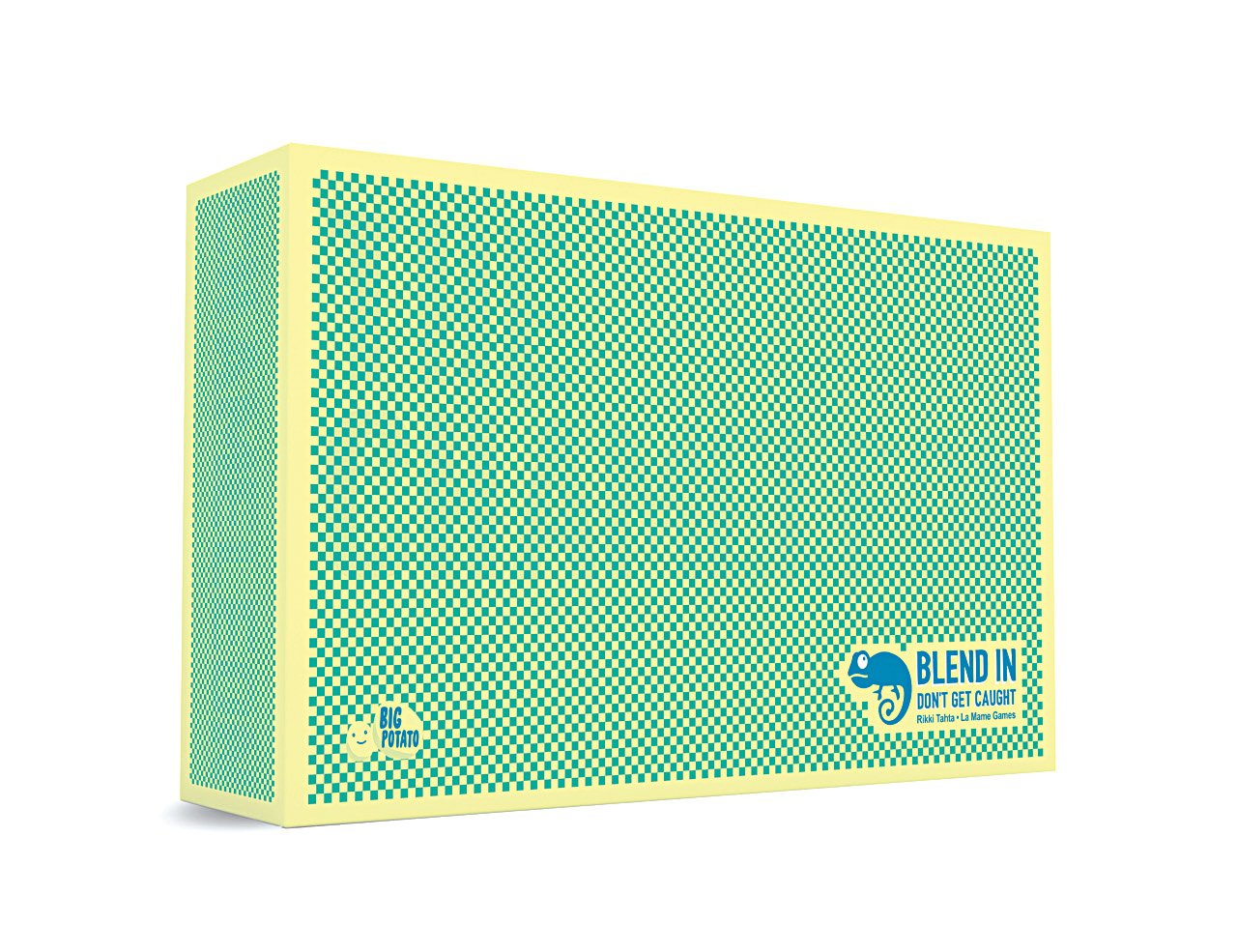 There are dozens of topic cards, each with 16 unique phrases, for plenty of replayability, plus a wipeable blank topic card and dry-wipe pen included out of the box – so you can play with any set of words you like. It’s a smart decision that minimises setup time, as a new topic card can be flipped over and the code cards quickly redistributed to play a fresh round in a matter of seconds. Just make sure you don’t immediately put your card on the table while everyone else is searching for the hidden word if you’re the Chameleon – it's a dead giveaway.

There are actually two sets of code cards – blue and green – included in the box, in order to shake up the potential results of the dice rolls. It’s an odd choice, given the results are random regardless, but is also a missed opportunity, as it feels there is a fun team mode variant just waiting for a set of rules – especially as there’s an optional scoring system.

As with most party games, The Chameleon works best with a bigger group (we’d say ideally five or more) to make the most of the voting and deception mechanics. The rules advise providing two guesses at the secret word for the Chameleon once revealed when you are playing with three people, but we’d suggest going around the table twice before voting.

The only real knock we’d put against the game is that while the visual illusion used for the box artwork and card backs is clever, it can be a bit hard on the eyes once the novelty wears off. Still, the bold colour-coding means it’s hardly a problem once things are in motion.

The Chameleon won’t replace Codenames in your collection, but it may just replace Spyfall as a faster, more flexible party game. Unveiling your friend as a liar (or successfully deceiving the entire group) remains as gripping and hilarious as ever, and the opportunity to introduce your own weird and wacky answers into the game using the inventive code system means you can keep coming back without burning out on the same old clues. It’s a game that takes the clever aspects of past games and adds its own smart ideas for a great little package. Will it change the world? No. Is it a lot of fun to play? Hell yes.

The Chameleon takes some of the best elements of Spyfall and Codenames and remixes them into an incredibly fun and tight party hit. Using dice to decide the secret phrase is an ingenious move made even better by the inclusion of a blank card for unlimited replayability. Just make sure your party has enough people!