Why can’t recyclable plastic be easier to access? Yes this is a weird way to start a review, but when you see this game’s gorgeous components but sizable price, you too would wish for an easier way to convert empty cola bottles into big plastic tentacles, ready to drag helpless wooden meeples to the cardboard depths.

Tentacle Town charges two to four players with settling this deadly peninsula, where you must fight to not only have the most buildings and fame across the island, but also fight off the never-ending onslaught of evil green tentacles seeking to destroy everything you’ve built.

Each turn sees players taking a resident from the supply and placing them at one of the three locations on the island. Once placed, that resident will then either make a building in that player’s colour (ideally situated as far away from grabby tentacles as possible) or perform one of that location’s tasks, with more tasks being playable if a player spends coins. Once that resident has finished, a new tentacle will emerge at that area, causing the current player to roll a die for every waving appendage present. These results can range from nothing to destroying buildings and residents, as well as a few awful options in between.

However, should your house or an innocent bystander be in peril, you have the chance to defend them by hurling harpoons. You must commit to how many of your harpoons you throw before defending, where each harpoon has even chances to succeed or fail. If at least one harpoon succeeds, you not only save the day but earn fame points and calamari tokens for your hard work, the former winning you the game and the latter useful in getting more harpoons or coins.

This simple premise leads to a rip-roaring hour of creeping dread and successful sushi sampling. Because resources start low, players will slowly gather residents and develop more buildings to help improve that area’s tasks, with the added benefit that residents count as fame at the end for whoever controls the building majority in each of the three areas. But placing lots of residents in one area will in turn summon lots of tentacles, increasing the chances of mayhem and destruction.

But may that’s what you’re looking for. The game only ends once the last resident is placed and none are lost by the subsequent round of tentacles, so those in behind may want to encourage a little killed to catch up. Also, whilst a building has to be targeted if possible, you always choose based on the closest row of occupied buildings, letting you nominate an opponent’s beachside property as the target.

As soon as you settle in there’s a lot of fun to be had, even before  you introduce the advanced rules of additional task cards. You can choose to setup three random tasks that can be activated from any location, with the option of using the red-coloured cards for more competitive play (like exchanging calamari to bump off residents.) These help spice up your future games, offering just enough variety to keep games fresh and challenging.

I do adore this game, but I do so knowing I didn’t have to buy it. The base game alone doesn’t offer enough to easily justify the plastic and wooden components (beautiful as they are), but if you’ve saved up the pennies and want a treat for the eyes and the mind, definitely consider snatching this up before it sinks away.

A charming game that rides the waves of anticipation with every round, Some may be deterred by the game’s simplicity or its price tag, but for most this is a silly risk management game with a serious competitive edge.

TRY THIS IF YOU LIKED Pandemic

Tired of saving the world together and want to see if you can hack it alone? Tentacle Town has the same sense of growing threat but lets you chuck harpoons at the problem to claim all the glory. More crises should be solvable with harpoons. 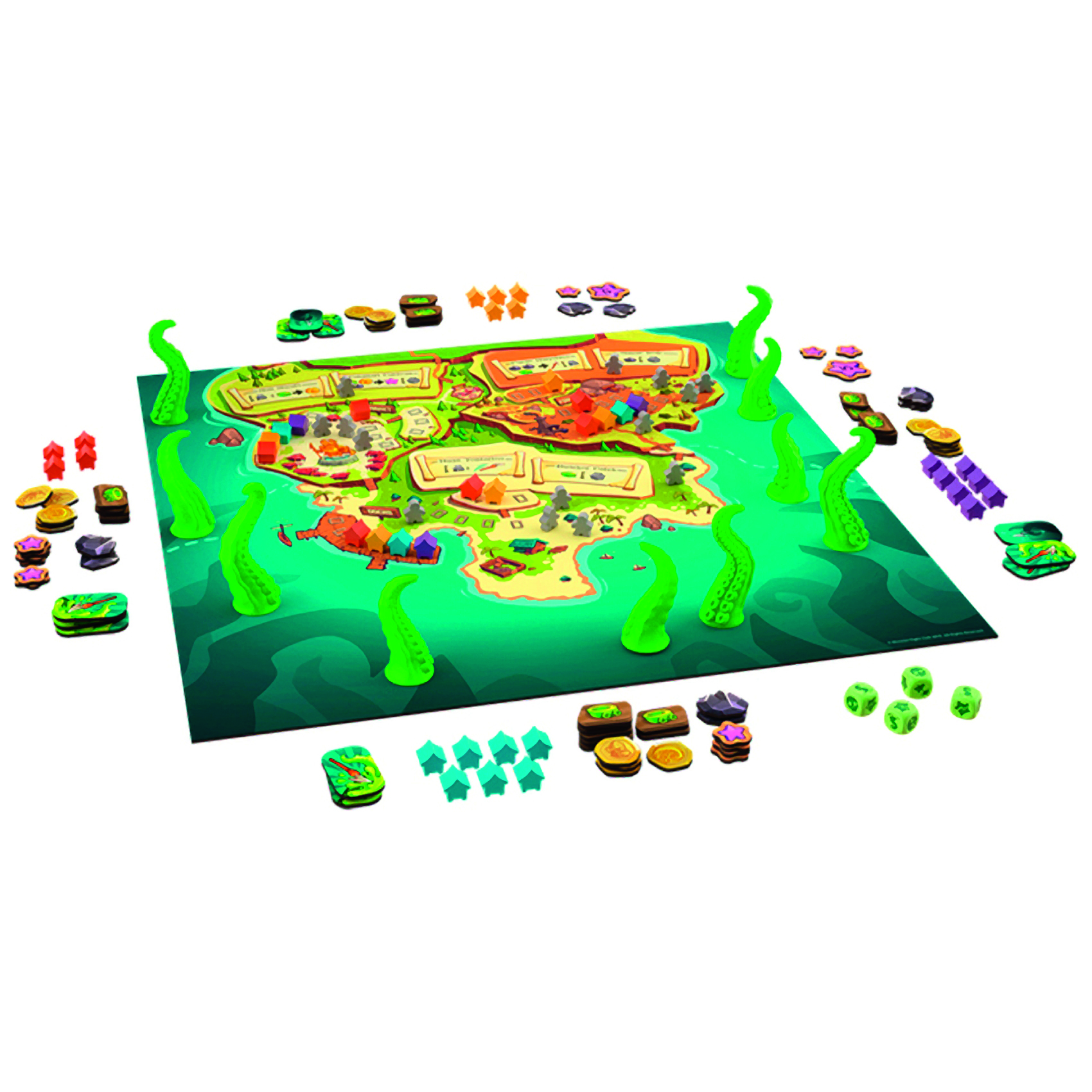