An adaptation of an almost 40-year old boardgame, the Talisman RPG is a difficult game to praise. Not because it’s bad, but rather because so many of the things that underpin its strange charm can so easily sound like criticisms.

The gameplay, for example, offers little beyond the same dungeon crawling and dragon-slaying that has dominated the RPG scene since its inception. Its rules system is functional rather than exciting, and the only factor keeping its setting from being completely generic fantasy is the inclusion of ghouls as a playable race. Even the olde-worlde parchment design of the rulebook feels like something conjured up in the early 00s.

Really, just one of these factors should be enough to doom any modern RPG to obscurity. Any yet, mash them all together and somehow they produce a game that’s as warm, comforting and reliable as an old pair of socks. To play a game of Talisman RPG is to stop worrying about boundary pushing or redefining the rules of narrative, and just spend a few hours indulging in classic fantasy adventures with a neat little ruleset and a few new toys.

The ruleset in question is handled by a framework of systems that should be familiar to anyone who’s so much as dabbled in RPGs – or, indeed, the Talisman boardgame – before. Character creation, for example, relies on the classic old trope of blending archetypal races with archetypal classes and them spicing things up with a few skills and special powers.

Fortunately, there are a handful of neat ideas and twists that help to make Talisman RPG’s heroes stand out a little from the crowd. The priest class, for example, is barred from using weapons, and there aren’t too many RPGs out there where you can rock up to a standard party as an undead minstrel and still fit into the general aesthetic.

Combat and other skill challenges are all handled by a single core mechanic, where players – the bad guys almost never roll – toss a trio of six-sided dice and try to beat some number determined by the GM. If their hero is skilled in a particular area, they get to add a stat bonus to the result, while magical gear and advanced training may allow them to gain another edge.

This system is easy to grasp, and the number of dice you’re rolling means that skills and training feel like they’re much more important than sheer blind luck. On top of this, it’s given a twist by the addition of a fate die that can produce special results if it rolls a one or a six. 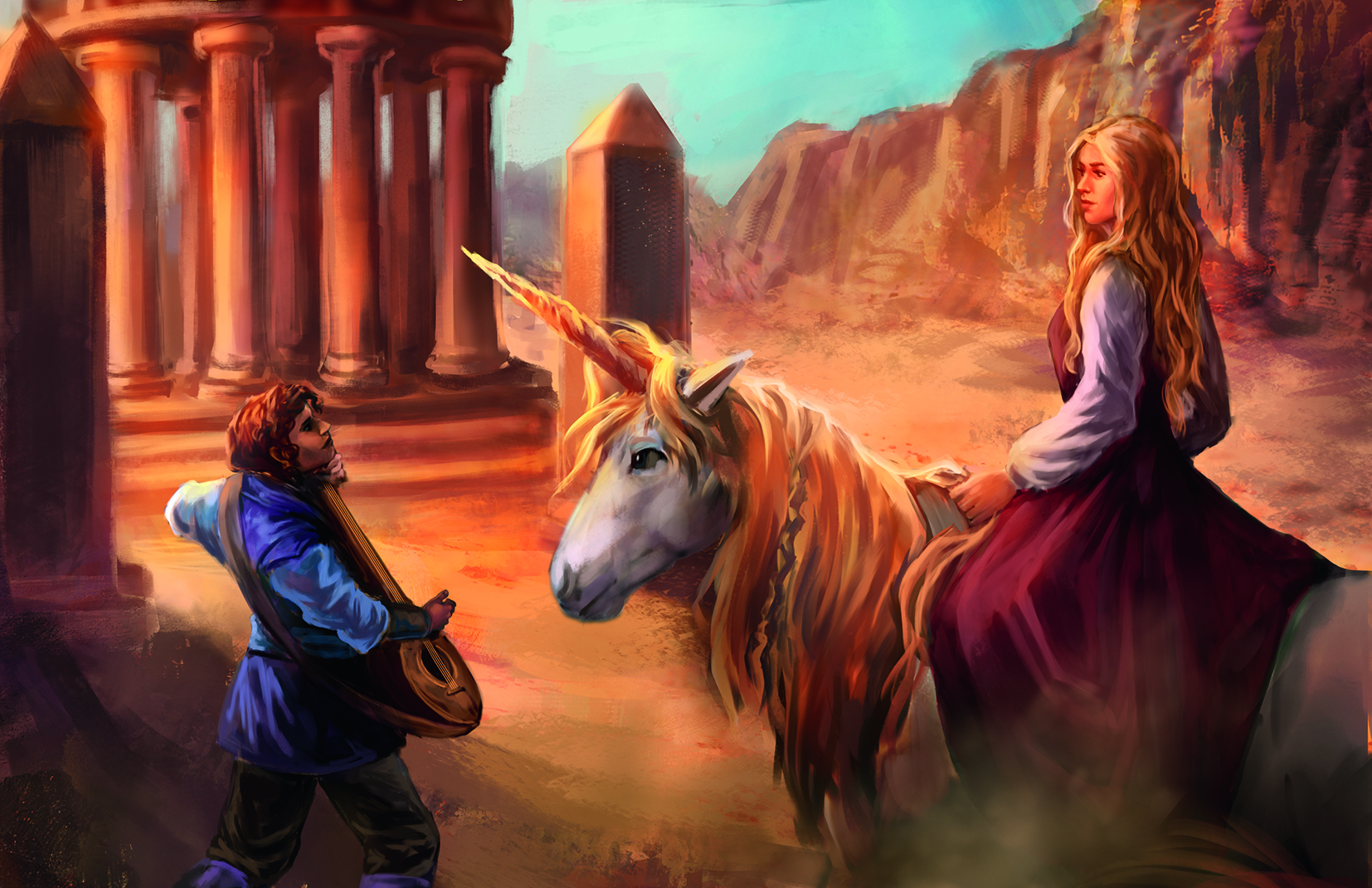 Where most games simply use this kind of mechanic to determine critical hits or fumbles, Talisman RPG adds some extra depth by using the generate points of light or darkness. These meta-currencies can then by cashed-in to power special abilities, or to allow the bad guys to pull off their own spectacular attacks and spells.

The push-and-pull system this creates can make the game feel very much like its boardgame ancestor. While it can be a little fiddly to keep track of these currencies – plus your armour points, whether your helm is damaged and half-a-dozen other little factors – it truly helps make combat and exploring always feel exciting.

Really, the only issue with the rules is that they aren’t always particularly well-explained. Some of this is from the occasional bit of muddy rules-writing, but a lot more is down to the rather baffling layout of the book. For some reason it decides to tackle the entirety of the detailed combat system in chapter two – long before you have any idea of what most of the concepts it’s throwing about actually mean – while the section that walks you through character creation comes after those detailing all the races and classes, but before the list of special abilities.

These aren’t major issues once you already know the game decently well, but it can make the first few tries to get a grip on things needlessly confusing.

Honestly, though, if you don’t like Talisman RPG it’s probably not because you don’t get on with the rulebook’s structure, but rather because you just don’t want to play yet another game about dwarven warriors and elven wizards. And if that is how you feel, there really is zero chance that Talisman RPG is ever going to win you over. It is what it is, and has no pretence of being anything other than another tool for fantasy adventures.

If, however, you just can’t get enough to fantasy worlds and clever combat and are bored or disillusioned with the more well-established games out there… well, you could do a hell of a lot worse than trying out Talisman RPG.

It’s not going to start a revolution, but Talisman RPG is an utterly charming pile of generic fantasy adventures.

TRY THIS IF YOU LIKED TALISMAN 4E

Like the boardgame? Well, this adaptation does a pretty great job of translating its core gameplay into the world of roleplaying.