The Smash Up series is one of those ideas that other designers are likely kicking themselves for not doing first. Originally, the game gave you a handful of disparate factions like robots, cowboys, dinosaurs, pirates, and ninjas with each having their own characters and abilities. You would smash two factions together to create your deck, shuffling them together until you had a 40 card strong force of childish imagination. Have your pirates team up with ninjas, your dinosaurs with robots, and use them to smash up locales like The Wizarding Academy or Tortuga. It’s simple and has that broad grab bag of history appeal that really made it stand out. So of course they’ve made a ton of expansions. The latest of which is Smash Up: Marvel, which takes the base smashing, deck shuffling gameplay to the Marvel Universe.

Like the original, there are a bunch of different factions that you pick and smash together. Hydra, The Avengers, S.H.I.E.L.D, the Spiderverse, etc. Each faction has their own strengths that the game wants you to adapt your strategy to but which, in reality, don’t actually seem to matter all that much. See, the core gameplay loop is: Smash bases to score victory points. To smash a base, you have to have a number of characters whose total power is greater than the base’s breakpoint value. Once that value has been met, the base moves into scoring with no way of stopping it. But while there are some cards that let you say, reduce an opposing character’s strength or swoop a Spiderman in to bolster your own, there isn’t really all that much player interaction. With character powers being somewhat restricted in terms of function and turns being limited to play one character and play one action, it becomes frustratingly difficult to pull off any meaningful combos or clever moves. Doubly so with characters who have the 'cannot be affected by opponent’s actions' as their ongoing effect which makes them the boardgame equivalent of the kid crossing their fingers and saying “I can’t be it” while they run around with the much faster kids. 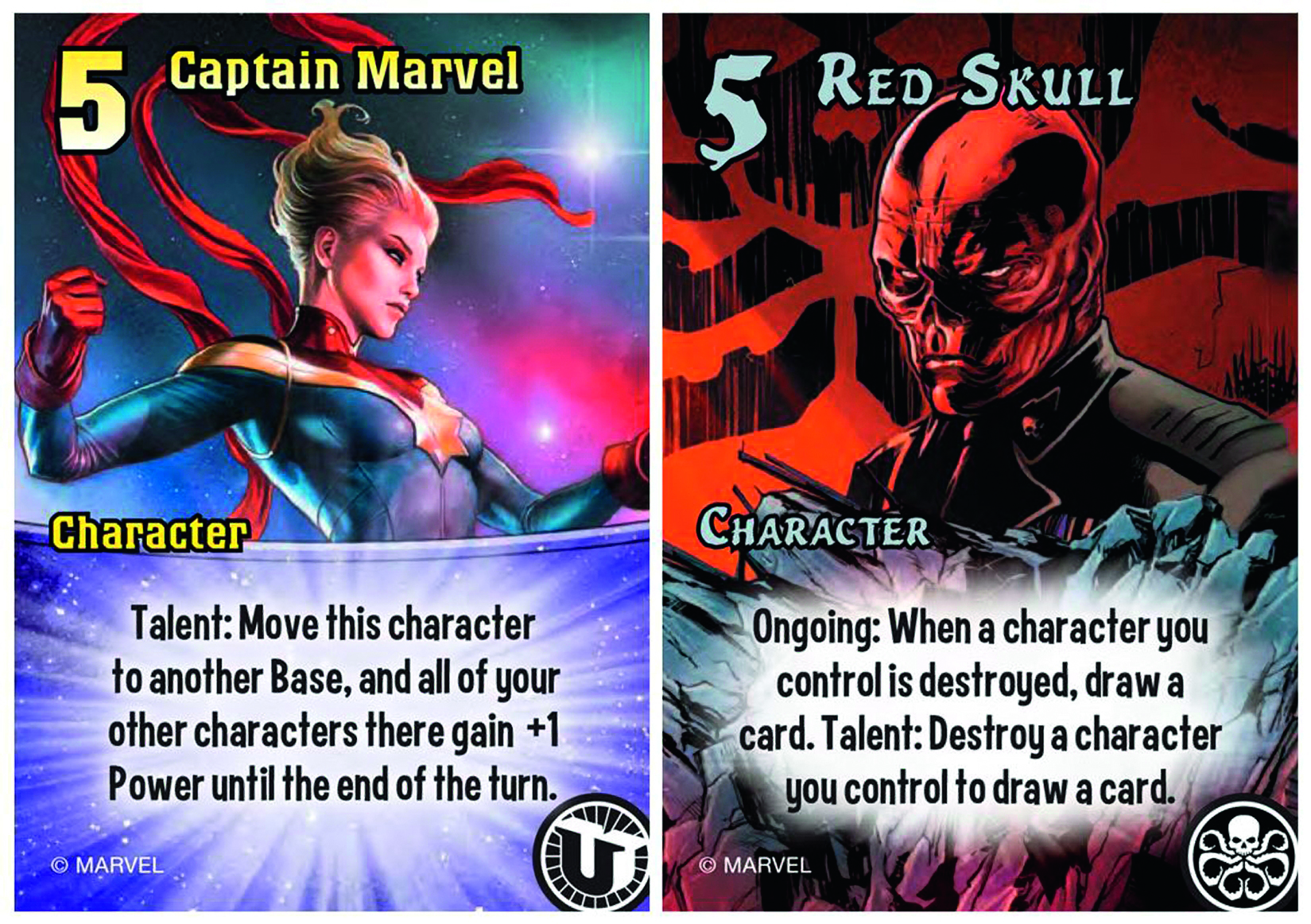 However, to be transparent, with lockdown rules as they are, we were only able to review Smash Up: Marvel with two players which – looking at the rules and having done this long enough – looks like it changes up the dynamic significantly. For one, you’re in direct competition with another player meaning each base is a back and forward struggle rather than the eclectic melee the game seems designed for. With more players bases would get scored quicker, more modifier cards would be played to the field, and you would have to spread yourself out more to be in with a chance of getting points from each base’s podium of victory points.

I will say though, the art, as is to be expected of a Marvel game, is excellent. Their distinct comic book style is present throughout the game to the point that I’m sure they just lifted it wholecloth from the comics. Which is fair, recycling is important in the current climate.

And finally, the gripes. The faction cards are larger than the regular cards because they want you to use them with the deluxe Smash Up storage set which means they just sit flat in the box and most of the box is empty as they want you to have the option to move your other Smash Up sets into this one. Both of which are grim reminders that you don’t have the full experience and should throw more money at it.

If you have access to more than one other person, this could probably be quite fun. Just don’t expect too much from the two player mode.

TRY THIS IF YOU LIKED: Smash Up