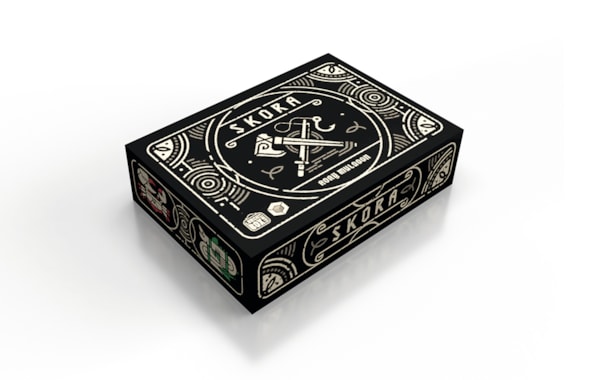 Who knew fishing could be this fun?

Fishing rights, they’re not just for Brexit. They’re also the main feature of this beautiful little box of vaguely Nordic looking cards and boats from Inside The Box. Players set out a three-pronged pier in the middle of the table. Each of these areas are a different fishing location for the players boats. On a player’s turn, they place a card in a pier and follow the instructions – usually shipping out some boats, but occasionally switching around a card from one pier to another.

The player with the majority in a fishing area gets first dibs of the cards in their scoring round – which is a simple meshing of points on the cards, plus a secret ‘decree’ card, which will give a player points for matching a certain kind of fish, pairs, and so on. Player tot up their points and the catch of the day (hopefully you) is crowned. 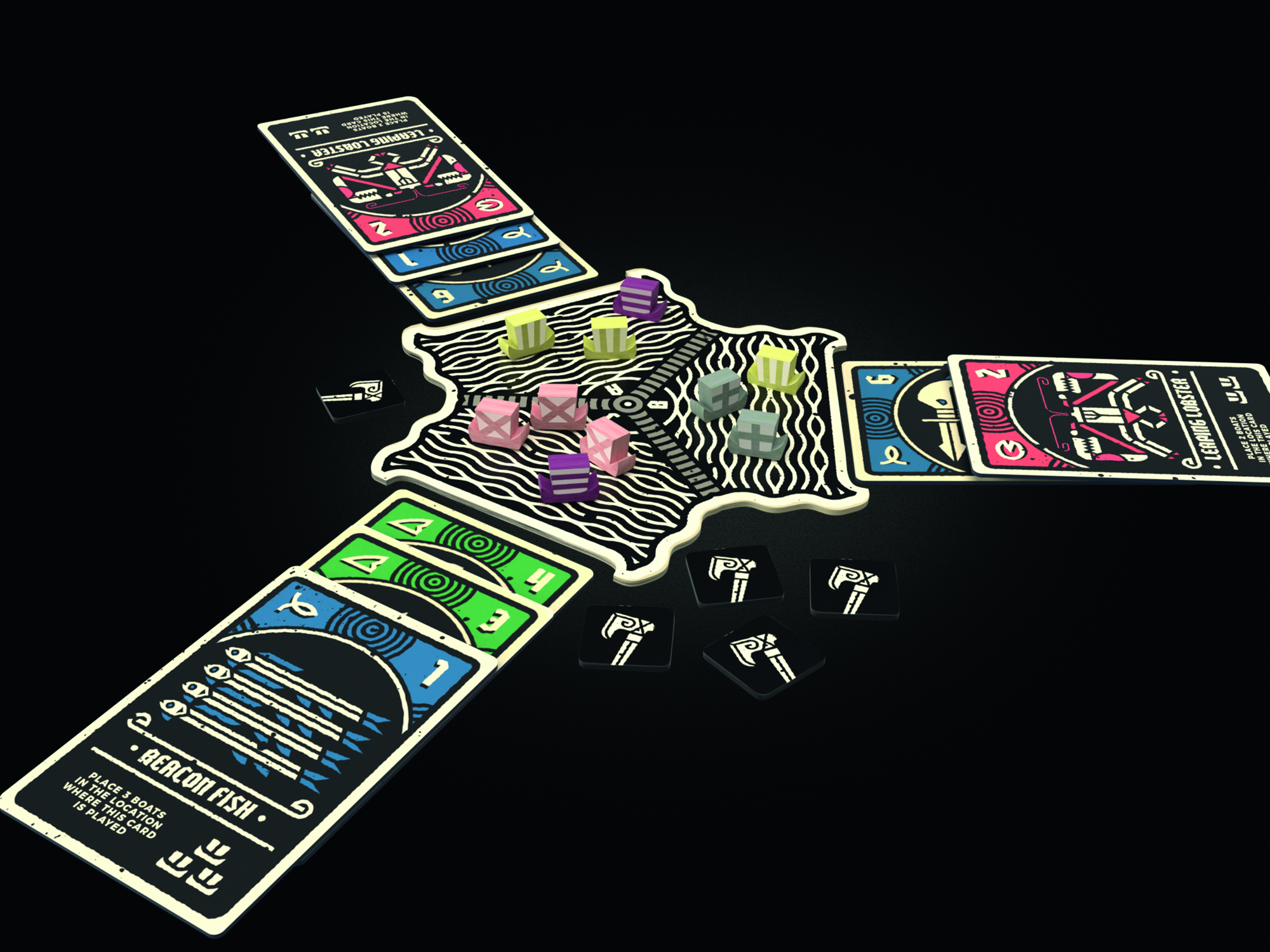 It’s a simple game, wonderfully made. The boat meeples are all in pleasing shades, and everything looks good in the woodcut, high contrast world on the board. While it doesn’t have a ton of interaction, there’s a pleasing amount of muscling in to other player controlled areas and the occasional “oh I wanted that!” Axe tokens are used to break ties, and are discarded after the fact, making a tactical draw an interesting idea to attempt, even if execution is a bit tricky. A good addition for those looking for an aesthetic treat for their table that doesn’t tax anyone particularly hard.

Publisher: Inside The Box