Defence in depth takes a look at this new hardback

Charles Grant has released his latest hardback in his Refighting History line: Volume 9 - The Seven Years War. As ever this splendid, A4 hard back covers a series of small actions set, this time, in the Western Theatre. 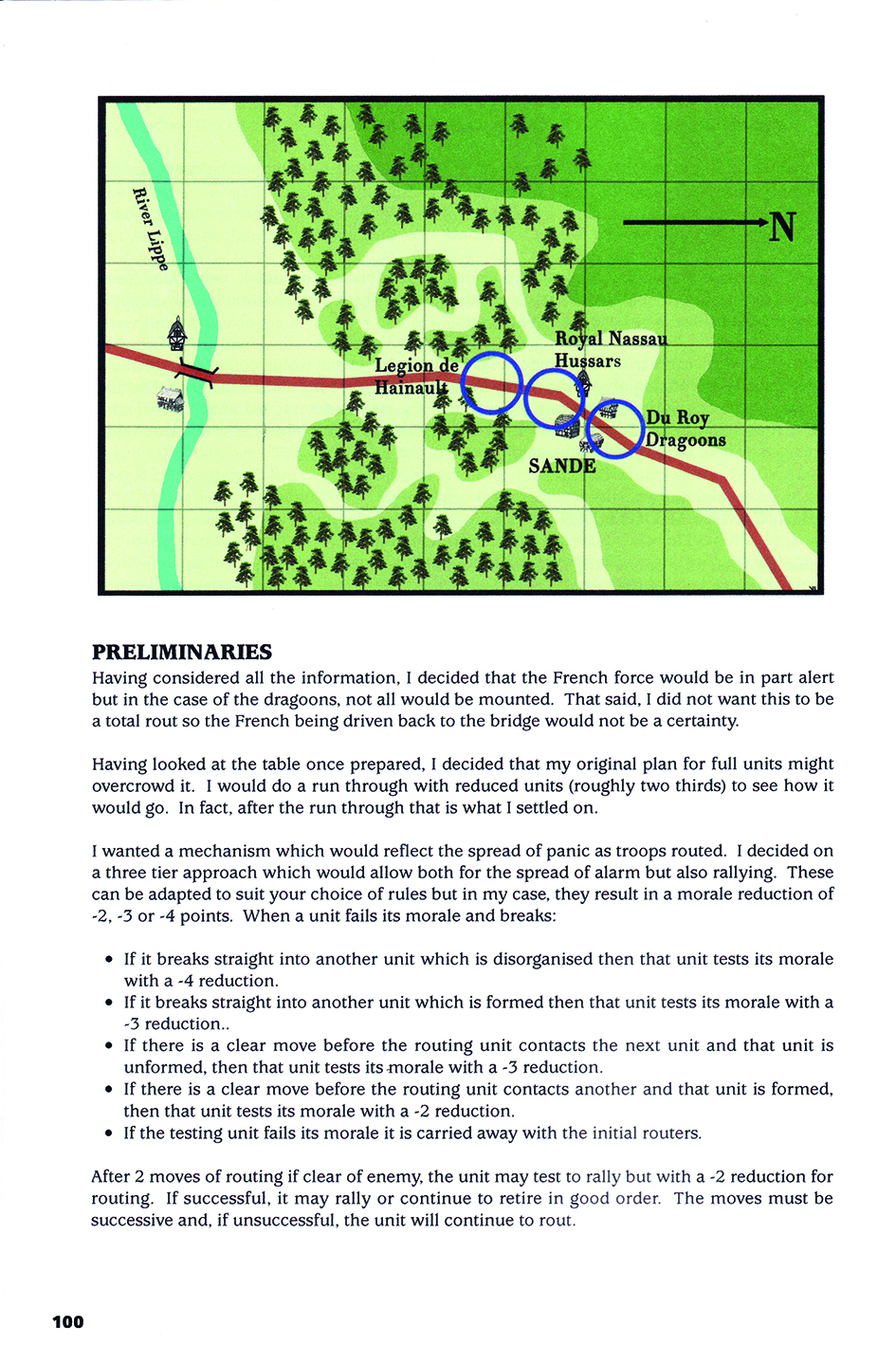 After some introduction and preamble with a list of contributors, collaborators and illustrators, the author has some general pictures of his armies illustrating the different forces in play (lots of traditional models, mostly Crann Tara [as far as I can tell] on show). Grant then gives – in a chapter entitled Some General Considerations on Small Actions – some guidance on forces, troop numbers, terrain, rules suggestions and – ever the hot topic in these troubled times – Solo Wargaming.

After that we start on the historical actions. They run through in date ‘order’ so we have: Wolfhagen July 1760; The Attempted Storming of Fritzlar February 1761; Action near Sachsenberg February 1761; The Bridge at Vacha February 1761; Bridge over the Schwalm March 1761; The Action at Sande July 1761; The Action at Höingen July 1761; and The Action at Uslar August 1761. All of these scenarios are accompanied with useful maps – some historical but most are redrawn as good, clear illustrations. They are also peppered with some inspirational, colour photography all of which will be very appealing to gamers who love ‘traditional’ (for want of a better term) games.

The book ends with several sections on specialists – specifically Pioneers and Trumpeters. After that is a small piece on building a suitable 17th century walled town (well: the walled part, anyway) from plastered timber. The end results are modular and include broken sections to allow for breeches that can be swapped out. Finally there’s a summary of the latest fiddles with Charles’ preferred rule set (his own The War Games Rules) for use with the scenarios included.