Kleptomania is a virtue

It doesn’t get much more indie than calling your game studio Bedsit Games. Despite the small space though, Paul Stapleton has put together a game with really quite epic scope, even if it is set in a pocket universe.

In Brighthelm the benevolent ruler has died, and the terms she has out for her replacement are for the most virtuous amongst the poorest in her realm. The game is one where you wander around as a giant pauper meeple (and bird companion) exploring a pleasing little map in an attempt to complete a number of ‘virtues’. These are the long-term goals within the game – get three and you win. To learn a virtue you’re probably going to need to upgrade your character by collecting potions or completing recipes to provide you permanent abilities. Exploration is fast as you get two moves every turn, using your bird and pauper independently – although, of course, the bird cannot use your equipment (“your canary can’t use a sword” as we had to remind one another).

When it does come to canary-on-dragon combat, we turn a card from the outcome deck for your pauper, and if the number displayed matches or beats that displayed on the enemy encounter you win, and it gets added to your trophy room. Get enough mythical corpses and you can trade it in for a virtue. This collect and discard is the mechanism for cashing in any actions for virtues, whether that’s quests, money, or knowledge.

If you didn’t defeat that previously mentioned dragon, it hangs around in the region, forcing anyone who enters to fight it. As such, when you move into a region and place a region card, you’re always in danger of laying something useless to you, helpful to someone else, or straight-up dangerous. Each player’s turn the land shifts beneath you as locations turn up for quests, items you want for your recipe appear on a distant shore, and a region is suddenly guarded by a local beastie. It gives this great flowing sense of building toward something big that you’ve set your sights on – and while it’s competitive there’s no direct conflict, meaning it very much has a lazy afternoon vibe about it. While some games without direct conflict do feel a bit like playing separate games, this is more like sharing the Sunday supplements – and someone else has the bit you want to read. 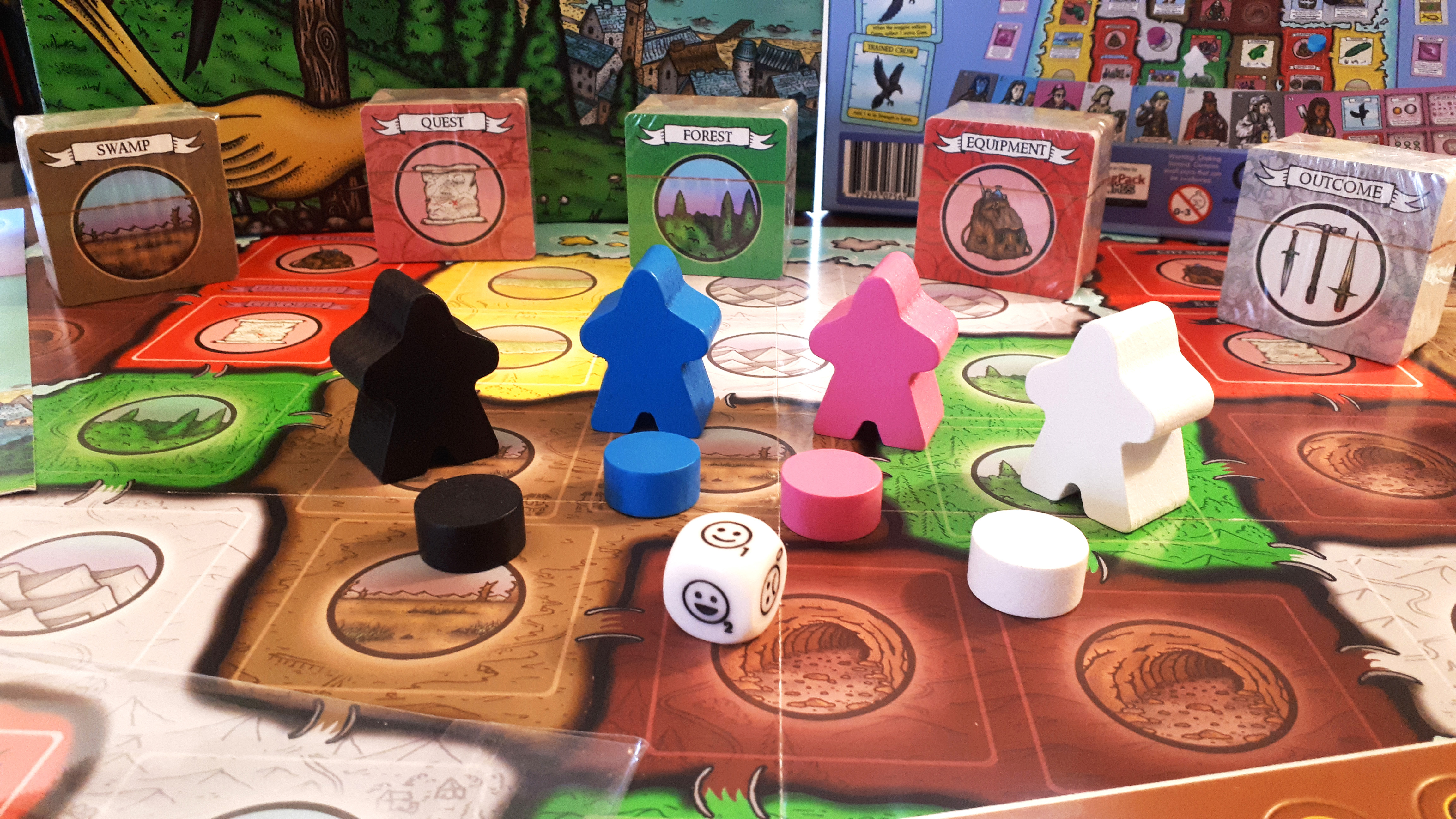 The disarmingly wonky art is cohesive, holding this little world together while its layer of ever-changing cards on its surface offers the sense of a living board. Traipsing around the map can feel a little bit like the original Pokemon Gameboy games, or even Earthbound – finish your weird and personal goal to progress the story and change the world a little. This happy bouncing between roadblocks and crossing the board for your own particular quest gives players a sense of their own charming, emergent narrative.

A gentle game of choosing your own destiny that will leave everyone around the board feeling a little more virtuous than they started.