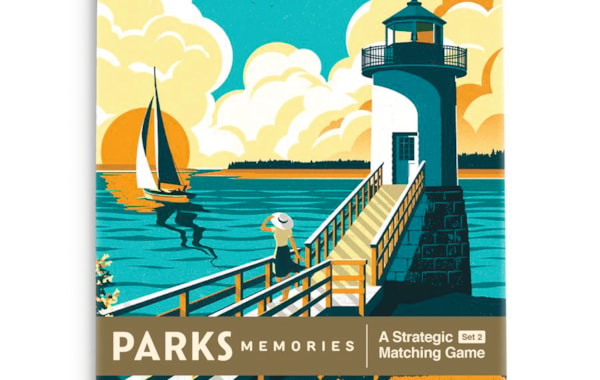 Parks packed all the visual majesty of America’s national parks into a chilled but compelling Tokaido-ish hiking game that was all about breathing in nature and making memories. That latter element has been taken and expanded through Kyle Key’s small-box remix trio Parks Memories (coming in Mountaineer, Coast to Coast and Plains Walker flavours), which uses the same gorgeous artwork and iconography to give the matching genre an intriguing spin. 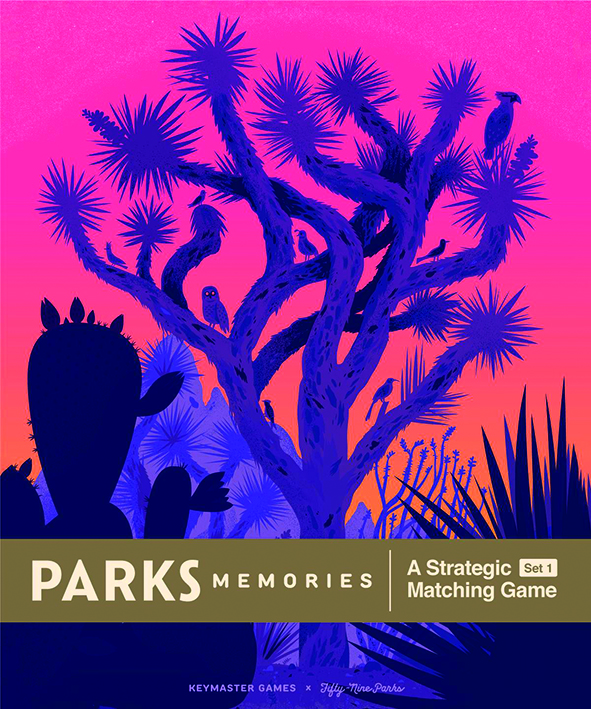 It’s a simple setup: a grid of nine face-down Park tiles, which players must flip two at a time, taking and replacing one per turn, to try and collect a set of three pairs and win the game. But you also get to “lock” a tile by placing the Hiker token on it, preventing the next player from taking it until they must put the Hiker in a new locking position. This is partly useful to protect tiles, but also works as a take-that, delaying imminent opponent matches.

Each player also has a quartet of unlockable abilities which vary depending on which set you’re playing, and tweak the rules in a variety of ways, further spicing up gameplay. For example, if you unlock the Mountaineer set’s Mountain ability (by flipping two Mountain-type tiles), you can keep the Hiker token where it is at the end of your turn, or even use it to lock one of the three tile stacks.

The rules give a player count of two-plus, but this is really best enjoyed as a two or three player game, as four or more requires less satisfying team play. And though you may balk at the idea of having to buy three sets for the ‘full’ experience, it doesn’t feel incomplete if you just have one. While it’s no match for the joys of Parks OG, Memories should still be lauded for doing something fresh and interesting with the game of snap. 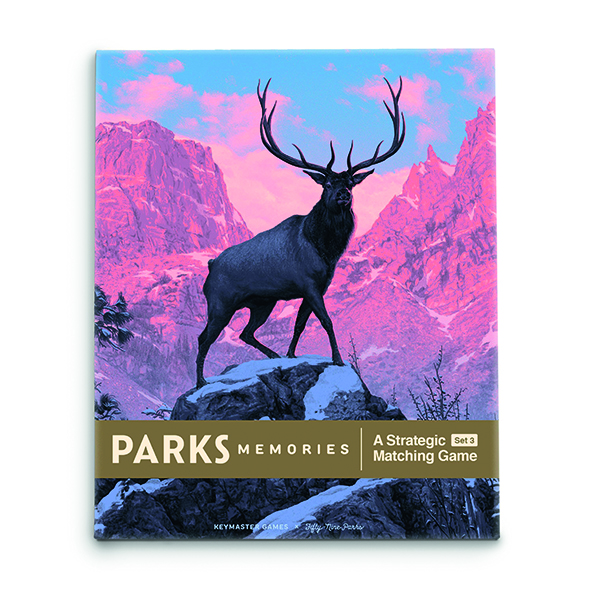